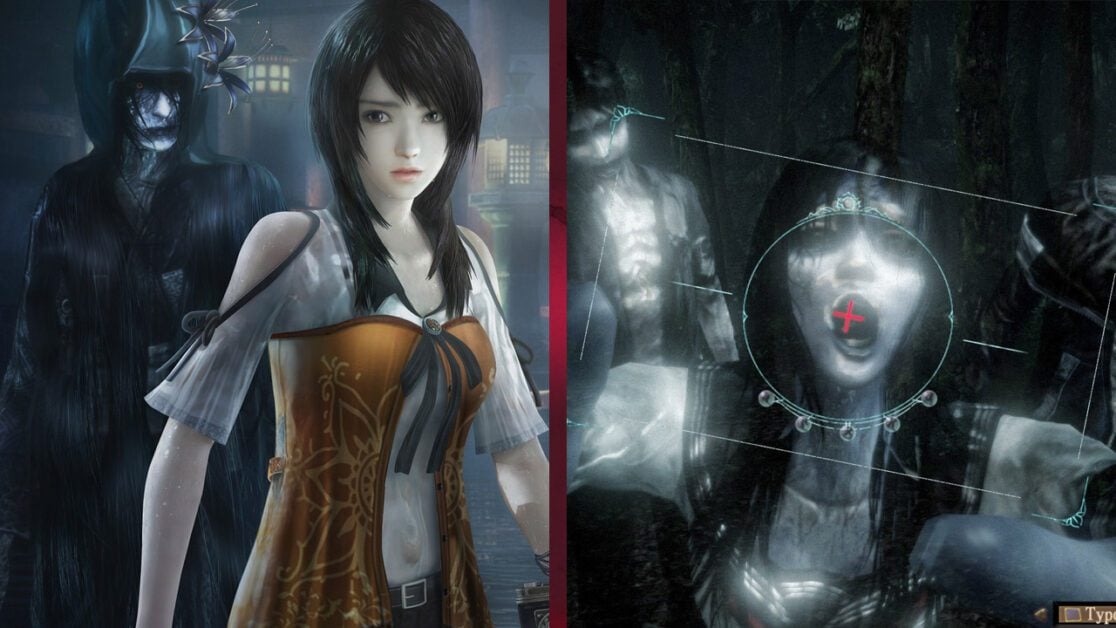 There can never be a more perfect time to release a horror game than during the month of October. While everyone’s gearing up for the Halloween spooky celebrations, gamers all across the globe turn to their most beloved horror franchises to get their annual spooky helpings. As for which hallmark horror game releases this spooky season, that honour goes to Fatal Frame: Maiden of Black Water.

As someone who enjoyed the original Fatal Frame games back on the PS2 but never played the last entry, this remaster felt like the perfect time to catch up on the games and see what set it apart from its predecessors. But does the game translate well to other systems? And if you also missed this when it first came out, is it worth your time in 2021?

Fatal Frame: Maiden of Black Water’s current gen remaster intends to give the game some much needed love for horror fans who may have skipped the Wii U. With the series having been relegated to Nintendo consoles in its last few unpopular iterations, it’s easy to see how it has been forced to take a backseat for quite some time. The last few entries just haven’t quite hit the heights of the original trilogy.

LOOK AT THIS PHOTOGRAPH

First, a quick rundown of the series. Fatal Frame (which goes by the much less interesting title of ‘Project Zero’ here in the UK) is a horror game in which you investigate haunted sites across Japan that contain a large presence of ghosts. Using the Camera Obscura, your job is to capture and pacify these spirits while also trying to stay alive.

As a Wii U title, Fatal Frame: Maiden of Black Water’s initial premise was to emulate the use of the camera through the console’s revolutionary gamepad. Although I didn’t play it at the time, watching back footage of the game in action presents it as a fairly unique novelty. It really does act like you’re holding a real camera.

Likewise, the translation to Nintendo Switch also feels justified here, at least in handheld mode. You have the option to move the camera around using the thumbstick on your controller, or you can hold the console and physically move it around you similar to the Wii U version. It’s a great method at bridging the gap between yourself and the protagonists, especially during tense horror moments when you’re being attacked by ghosts.

The drawback to this is it feels utterly horrible to play if using TV mode. There are moments when you need to tilt the controller a certain angle to take a photo, which is really uncomfortable to do when holding a Switch Pro controller or Joy-Con grip. There were plenty of times where I had to contort my arms in such a way to be able to solve a puzzle or defeat an enemy that caused me discomfort.

As a self-proclaimed “horror boy” though, I’ve really enjoyed the atmosphere that Fatal Frame: Maiden of Black Water exhibits. It feels like J-Horror, as a genre, doesn’t exist in its purest form anymore. Japanese horror games like Silent Hill and Resident Evil are built for a Western gaze, and I can’t count them as true J-Horror. But Fatal Frame has always consistently kept in with the themes and stylistic choices of the genre that it feels welcome.

Maiden of Black Water’s horror continues that legacy too. It capitalises on the psychological suspense that Japanese horror embeds. Abandoned buildings, creepy out-of-place noises and cursed items play into these aspects. They twist normal, everyday phenomena into otherworldly occurrences. Each level uses these tropes wisely, ensuring not to exploit them too much or use them cheaply.

Water is also a big trope within J-Horror stories. It often works as a motif or theme for the story. Maiden of Black Water uses this in its setting, Mount Hikami, where the ghostly sightings have been occurring near large bodies of water. Running water even signals the titular maiden. Overall, the game does a decent job at adapting the themes of traditional J-Horror into a title that audiences from all sorts of different cultures can enjoy.

THE OKAY-DEN OF BLACK WATER

But while the horror itself is decent, the game isn’t. This isn’t just related to the awkward controls mentioned earlier, but Fatal Frame: Maiden of Black Water simply isn’t fun to play. Severe pacing issues are the main culprit of this. The locations you visit in each chapter are repetitive, often taking you through the same areas of Mount Hikami multiple times with few new things to see. By the fifth or sixth chapter, I was tired of seeing the same shrines I’d already passed by several times. Even when you’re brought to a brand new area, you have that sense of overfamiliarity due to how similar each level feels.

This also extends to the amount of unnecessary exposition the game throws at you. You’re given pages upon pages of needless text files to read through. They each provide some backstory to the location, recent events, or to one of the characters. But we’re talking multiple text files every few minutes of gameplay. It’s boring, and the game being over-reliant on this structure interferes with what could otherwise be a decent story.

Ultimately, this also makes you dislike the characters. Fatal Frame: Maiden of Black Water cycles between three protagonists across each chapter. But they’re so one-dimensional that it makes you question why the story is so drawn-out as it is. Even after beating the game, I simply can’t recall any of the characters’ names due to how forgettable they are. Their motivations, personalities and flaws simply aren’t evident within the story. Perhaps fewer notes to read through and more interesting cutscenes would have helped them feel like real people.

It also doesn’t help that you have to listen to the English dialogue if you’re playing an English-language version of the game. The voice acting is pretty laughable and I can’t take any of these characters seriously when they sound so wooden. Hey Koei Tecmo, where’s the option for Japanese language dialogue?

Enemy encounters are also made annoying by the fact that your character’s movement feels like you’re trying to weave through a busy train. You pull back on the thumbstick to move backwards, and instead the avatar does a mindless dance around the space they’re in. Try to position yourself just right to avoid an enemy attack, and you’ll spend a great deal of time fumbling around with the controls that you’ll get hit anyway. With most of the playable areas being so tight and close-quartered, why do we even have the option to dodge an enemy attack when they’ll end up getting you anyway?

Still, there’s a Photo Mode now which is pretty cool. It lets you pose characters, change lighting, and tweak angles perfectly. I’m not a big Photo Mode user, but it’s a neat little tool for anyone who dabbles in virtual photography. Adding this feature into a remaster is also a nice initiative. It’s something I always say should be in every game that releases nowadays.

As much as I love the Fatal Frame series, I’m not at all hopeful for the future of the series if the publisher thinks this title will renew any interest in it. It’s cumbersome, unfocused and simply not fun to play. Sorry Koei Tecmo; I really love the original trilogy, can we bring them back instead please?

Koei Tecmo PR sent a copy of the game to GameByte for review purposes.