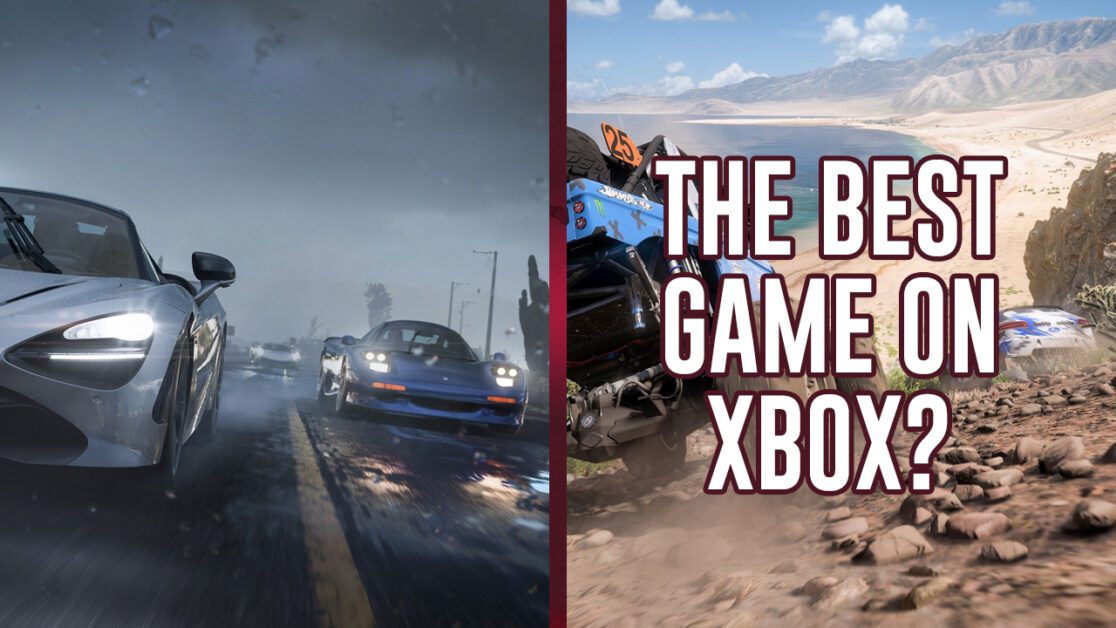 I’ve always thought of the Forza games as being more than just about the cars. There’s a sense of community behind it. It’s a social game. You’re driving with and against other players but you’re also connecting with them. It’s the perfect social game, with the last entry in the series certainly providing me with a much needed escape during the 2020 Covid-19 lockdowns. So when a sequel was announced earlier this year, I was over the moon.

Forza Horizon 5 trades the bumpy pastoral madness of Scotland and North England for a more exotic setting in Mexico. As with the previous entries in the Horizon series, you can explore this large world at your own leisure, finding a wide variety of different activities to participate in alone or with other players.

If you’ve played any other entries in the Horizon series, you should know what to expect from this. If you’re a newcomer, I’ll break it down.

‘More of a driving game than a racing one’

Races can occur in the form of organised circuits, cross-country and underground street races, each with their own approach to how you tackle speed, handling and precision. During my time with the game, I happened across dozens of these types of races to keep me occupied. The amount of variety on display here is amazing.

But the Horizon series is known for more than just that – which is why I’m more insistent on calling it a ‘Driving Game’ rather than a ‘Racing Game’. There are also ‘PR Stunt’ activities, which are signposts in the open world that require you to perform incredible feats. For example, one stunt may have you drift for points along a winding road. Another could place you vaulting up a ramp to gain some air. These activities add some more flavour to the open world. You’re not just driving between races, but you’re actively searching Mexico for more secrets and activities to discover.

Then there are the showcases, which are Forza Horizon 5’s big flashy races where you face off against unique opponents. For example, one showcase event pits you against two monster trucks. Another has you race an airliner jet dropping motorcyclist stuntmen out the back. Showcases aren’t the most strategic of races in the game, but they’re definitely the most impressive.

There are over 500 cars in Forza Horizon 5, the most any game in the series has had on launch. You can get everything from modern supercars to retro sports vehicles. More esoteric vehicles can come in the form of early vintage cars and experimental designs. There’s even a parade float you can drive around during one event. Altogether, the attention and care put into making each car feel as accurate and detailed as its real life counterpart shows the love that Playground Games has for the game and the motorsport industry. As an extra bonus, it’s even put a DeLorean in the game with its own Back to the Future references.

On that note, each vehicle is also decked with its own unique set of controls. Handling, speed, acceleration, braking; it’s all there. Considering the huge number of cars in the game, it’s an amazing feat that Playground Games has managed to tweak each car to be visually and mechanically unique from each other. It’ll make an online meta much harder to pinpoint, but in turn gives everyone more choice to play how they like.

Accessibility is a key focus for all first party Microsoft games, and Forza Horizon 5 is no different. Standard accessibility features like subtitles, screen readers and colourblind options are all present here and give you plenty of ways to alter your experience to make the game more accessible to you. Text size can also be increased, which improved my experience a lot when it came to sitting 5 feet away from my television screen.

One feature I particularly enjoyed was the option to put the game in slow motion. The sound effects remain unaffected, but you now have more control over your reaction speeds. It was a feature I did not expect to be included – and probably won’t use myself – but it suddenly feels like a really essential feature to have in a fast-paced game such as this.

So what’s Mexico like, then? I will admit, a big appeal of Forza Horizon 4 was finally seeing a video game set in a British location that wasn’t London. I’ve never been to Mexico, and so I wasn’t sure if my unfamiliarity would lose my interest a bit. Oh, how I was wrong.

Forza Horizon 5’s Mexico is a beautiful place with many more diverse locations from its predecessor’s. Not only is it the largest map in the series, but it’s full of incredible points of interest that add some variety to the country. Deserts, rainforests, mountains, towns and beaches all make up these in-game locations. They’re complete with a large number of activities to involve yourself in, and makes driving around the Mexican countryside a breeze. There’s a single highway road running straight across the middle of the map which is the perfect place to test your speed against other racers.

One key feature of Mexico’s subtropical environment are storms. Sandstorms can occur while driving across the world, where your vision is obscured and your vehicle becomes so much harder to keep control of. So far while testing, storms haven’t been too common to find, but when they do happen it can make or break an entire race.

As much as I loved my time in Forza Horizon 5, I found its attempts to flesh out story and narrative to be too distracting. Your ‘Drivatar’ actually talks now, and has real conversations with other characters you meet in the game. I think I preferred it when they were silent in past entries, it was much easier to use them as a player surrogate than now.

On the other hand, I’m a big fan of the representation of character options. Your choices include many diverse ethnicities, as well as prosthetic limbs and pronouns options. Forza Horizon 5 does a tremendous job at representing as many people as it can, and a small feature like character customisation goes a long way in displaying that care.

As a cross-gen title, there might be some doubt to how well Forza Horizon 5 takes advantage of the extra juice in the Xbox Series X|S. Aside from looking photo-realistically gorgeous, the game also includes two gameplay modes: Quality and Performance. On Series X, both modes will give you 4K. However, your framerate will drop to 30FPS if you go with Quality Mode due to the ray tracing effects that mode brings.

Meanwhile, Xbox Series S is a jump lower. Quality Mode is 1440p and 30FPS, and also includes ray tracing. 60FPS is available in Performance Mode, where the resolution drops to 1080p and ray tracing is disabled. In any case, if you want a smooth experience I’d recommend going with the Performance Mode. Graphics quality suffers slightly, including a dramatic pop-in issue that occurs with world props and foliage. But it’s otherwise a perfect performance for what you get.

In the past, steering wheel performance with the Forza Horizon games has been sketchy at best. Unfortunately, we don’t have a compatible wheel on hand at the moment in the GameByte office and so will be unable to give our impressions right now. Our staff writer, Josh Boyles, who is currently working remotely will be able to give you some thoughts on how it runs with a wheel at some point next week though.

Overall, I’m extremely happy with how Forza Horizon 5 has turned out. The variety in activities as well as care and attention put into its mechanics and world makes Mexico such a delight to explore. It’s most certainly the best game in the series, and could well be the best game on Xbox right now.

Code was provided to GameByte by PR for review purposes.