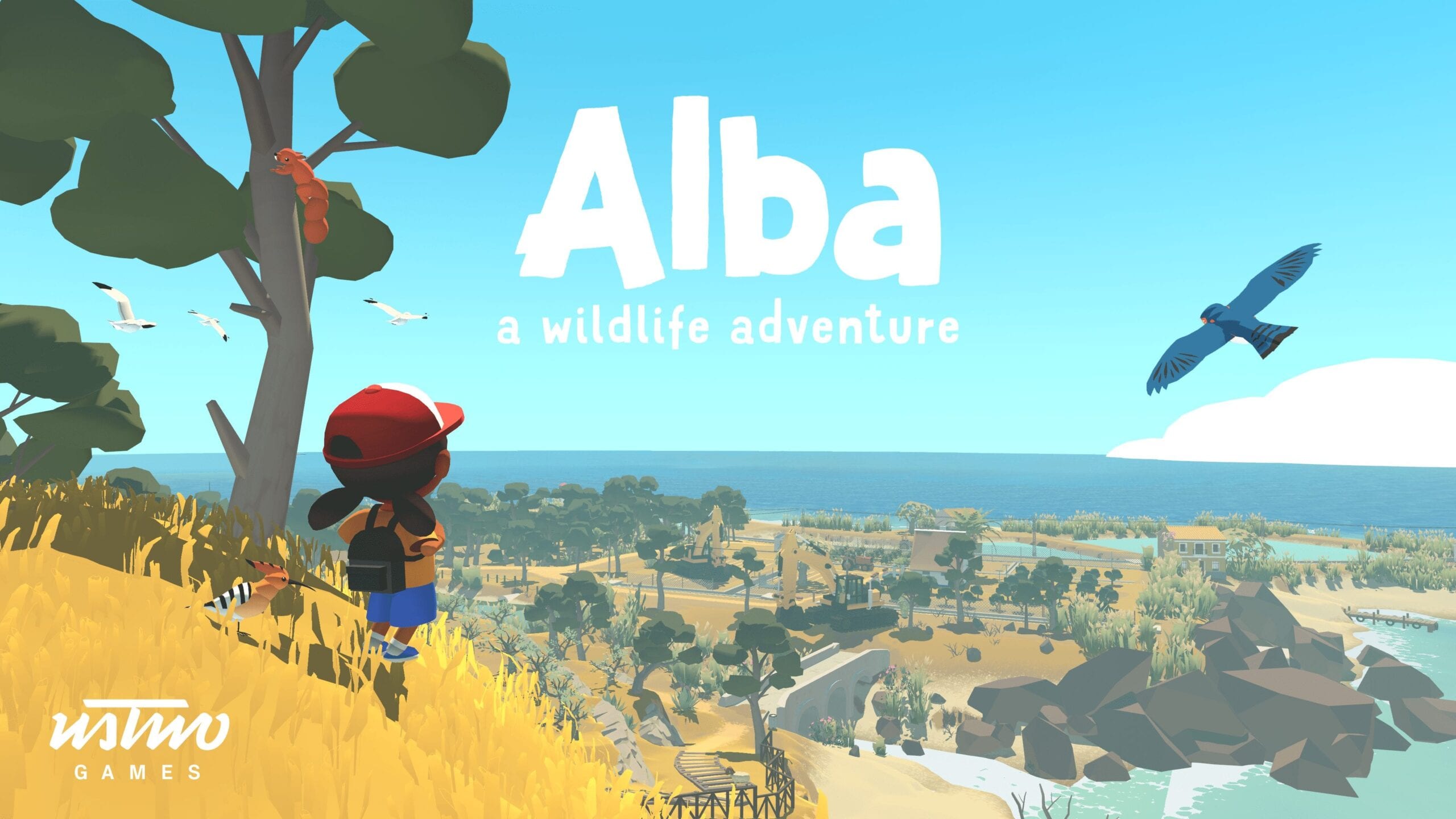 2020 has been a rough year for everybody and amidst the wave of dystopian games this year, with titles like Watch Dogs: Legion and Cyberpunk 2077, sometimes we just need an escape. A simple, fun experience that can remind us of the type of world we’d like to build towards, rather than a warning of one to avoid. And Alba is the perfect game for that. Here’s our review of ustwo games’ new release, Alba: A Wildlife Adventure.

It should be noted that Alba is available on both Apple Arcade for mobile, and Steam for PC. This review is based on the Steam version of the game, and was played with a PS4 controller.

In Alba: A Wildlife Adventure, you play as the titular character. As Alba, you are visiting your grandparents on the beautiful Mediterranean island of Pinar del Mar, taking in the changes and exploring the world. You soon find out that the island’s nature reserve has fallen into disrepair (much like the rest of the island) and is due to be torn down in favour of a brand new, towering luxury resort. As a result, you and your friend Ines form a group to try and make a positive change, by collecting petition signatures and fixing up the island while taking pictures of and documenting the local wildlife.

Alba’s narrative is straightforward: do positive things and positive things will happen to you. You help people, you fix things, you discover wildlife thought lost. The island’s residents see this, are inspired by your good deeds and sign your petition in return. It’s simple, and people are very easily won over, but the game isn’t trying to be overcomplicated. Overall, it’s a sweet, idealistic narrative, with a few small breaks from the norm near the end that help round everything off.

Alba has an almost low-poly visual style that combines the simplicity of childlike-art with the polish of a game studio. It’s not like most low-poly art styles in which the number of tris or polys dictate the style. I have a background in 3D modelling and the style reminds me of the types of things I made when I first started – make a sphere, make a pyramid and some cubes, move them all into place and bam: a face. Except everything here is designed with a purpose and intent, and it all falls together neatly into a style that brilliantly, yet discreetly, echoes the age of the game’s protagonist. It’s a style that really sells the idea that you are seeing the world through a child’s eyes and I have a lot of praise for that.

The colour palette is also pretty, harmonious and changes as the day ages and makes the world a joy to wander through. The animals you find are designed in such a way that you can tell what type of animal it is from a glance (such as a bird) but might need to get closer to determine its exact species, similar to real life. I’ve seen a couple of visual bugs, such as a random branch floating in mid-air, but nothing game-breaking or major.

Alba’s gameplay is best described as short but sweet. The gameplay revolves around trying to get pictures of every type of animal on the island, as well as getting signatures for your petition to stop the hotel’s construction. It only took me just under three hours to complete the story (though I still have things left to do) but its length isn’t a negative in my opinion – it takes the time it needs to tell the story it sets out to share, and it does it well.

At no point does the game rush you through the story, and the island is yours to explore. You might find that some areas are inaccessible at first (due to needing things you later pick up in the story) but at no point does the game try to stop you from exploring and finding this out. Everything is presented in a “Here’s the problem, now go and find a solution” way, and although the progression is a little obvious due to the game’s length, the progress feels very natural and satisfying. And I had a lot of fun ignoring my grandparents’ texts about dinnertime when I kept seeing new animals to take photos of.

The sound in the game represents its setting well. There is music on radios and sound effects for milestones which reflect the game’s Mediterranean setting and help tie the game together. The animals you find yourself surrounded by all make the noises their real life counterparts do (I’m from the UK for example, and I instantly recognised the famous cries of the wood pigeon). You can listen to these sounds on demand from your wildlife book after you have successfully scanned an animal.

There’s no voice acting in the game but I personally don’t think this is something Alba needs.

Being a game from a small studio, Alba does lack some of the visual accessibility features most AAA games have nowadays, such as a colour-blind mode. However, with photographing all the wildlife such a core gameplay mechanic in Alba, you can tell a lot of thought went into the silhouettes of the animals to make them easier to recognise at a distance. I used a controller for this review of Alba, and the controls were very straightforward and easy to pick up and use.

It’s also very audio friendly and the whole game can be played with the sound off, without running into any problems, which is great for people who are hard of hearing, or who are playing the mobile version and cannot have the sound on. All dialogue is text based, and any sounds directing you to important things are visually represented – you see lines on screen that direct your attention without the need for audio cues.

Overall, Alba: A Wildlife Adventure is a wonderful, charming game with a strong message of hope and positivity. It’s perhaps a little short for its price point (£13.49 on Steam, though at the time of writing, it is 20% off) but I wouldn’t let that put you off. It’s a beautiful game that compiles a positive narrative, beautiful art and charming characters all put together to make a short but sweet experience that’s worth checking out. I look forward to seeing what ustwo games make next.