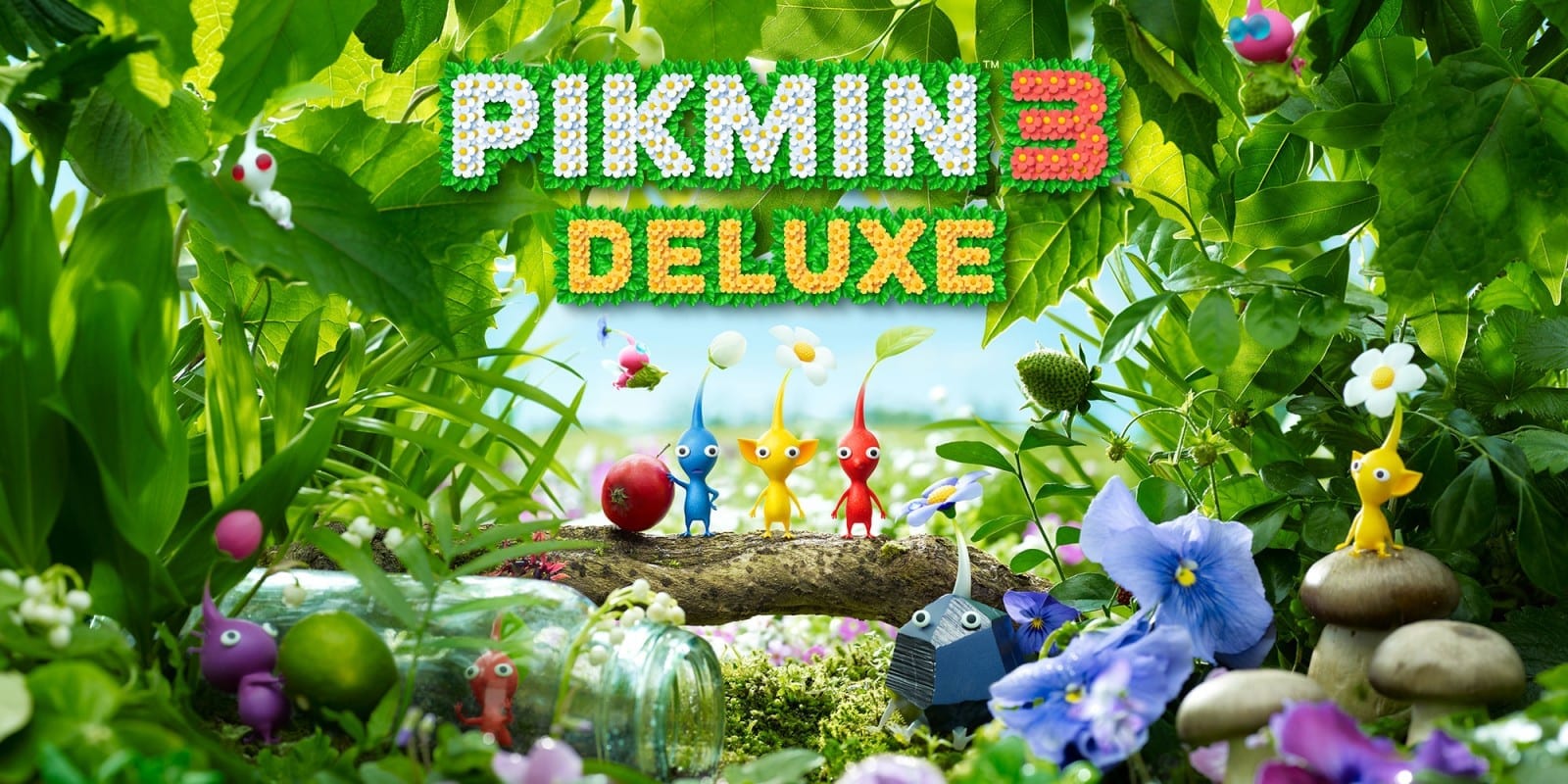 Pikmin 3 is a beautiful game: that has to be acknowledged from the get-go. It’s like traversing your back garden or local park as a miniature explorer. The Pikmin themselves are adorable little creatures who will, more often than liked, fight to their death just to help you. This is a remaster of the original Pikmin 3 which was initially created for the Nintendo Wii U. I have to say, it’s a stunning and more defined version.

The graphics are a standout for this game. So often, the Switch experiences issues when porting some of the larger games onto the somewhat small console. Pikmin 3 is an exception to this. It runs smoothly, the graphics are neat and the frame rate is consistent. It holds up nicely too, even in the busier areas of the game. The textures on plants, Pikmins, rocks, animals, and the main characters themselves look lush. It fits in well with the expectations for a modern-day game. Even when your 100-strong armies of Pikmin warriors barrage down on a larger enemy, the game still runs smoothly – despite the vastly elevated levels of carnage that’s growing on the screen.

The only issues that I encountered with regards to the graphics were incredibly minor. If anything it made the game look a bit comical. When you recruit more main characters to your roster and they follow you alongside your Pikmin army, they kind of float in the air and their arm movements don’t co-ordinate in a natural way. Yeah, it’s a very minor point, but my OCD brain could not help but laugh at the explorer floating along with a wave of Pikmin, almost like they are being crowd surfed to the next destination.

Multiplayer is a big feature in Pikmin 3 and it works a charm. I spent most of this playthrough in two-player co-op mode and I encountered very few issues with the game. Before your party expands to feature more main characters, you both control the same explorer. It can slightly take away from the storyline of the game, but it only lasts for around two levels and so it is quickly reprimanded.

Some issues arose when it came to delegating Pikmin to each player. If you did not get the Pikmin you needed from the ship at the start of the level, or if your Pikmin, unfortunately, perished during the battle, then one player has to physically throw the little guys into an empty area for the other player to then collect. While not entirely an issue, when you are in a perilous situation it can be very time-consuming and frustrating. Added to this, whenever you enter a boss battle section with a partner and the cutscene starts, the Pikmin always group onto player one, meaning you then have to delegate who gets which Pikmin up again, while facing the pressure of the boss battle itself.

You can tackle most missions twice as fast with the multiplayer mode on. This means you will more than likely end up with a stupidly large amount of fruit juice very early on. I was knocking on around 30 juices by day 10, which is a tad absurd. It’s very fun playing with two players, but it does make the game kind of easy compared to venturing in solo. Challenge mode is an absolute breeze with two players and the platinum trophies are easily obtainable.

This is not taking anything away from multiplayer mode though, because I had a lot more fun playing co-op than I did solo. It’s well worth trying as it eases a lot of pressure that is sometimes present in the single-player mode.

The controls for this game are simple enough and translate nicely to the Nintendo Switch. It doesn’t matter whether you are using it handheld or via the controller. The only slight issue I had with the controls was the lock on elements of the gameplay. While switching between locked-on items, you’d have to exit outside the lock, flick through the nearest objects near your character before landing on the object you actually wanted to click. It may have been a tad on the annoying side, but it’s a minor annoyance at best in what I consider to be a very easily accessible game.

Overall, Pikmin 3 is an absolute joy to play. It’s a game that is far from repetitive as well as being very well built. You’ll get hours of fun from Pikmin 3. It has a solid story and you’ll find yourself becoming a little bit too attached to your new Pikmin buddies.