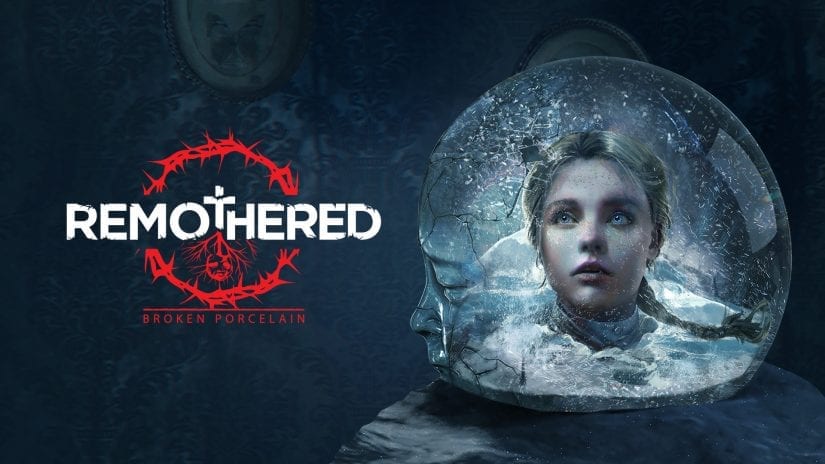 Remothered: Broken Porcelain was one of my most-anticipated games of the year. A fan of the first Remothered game, Tormented Fathers, I’d been eagerly awaiting its sequel ever since being treated to a preview of the upcoming title. Since then, I happily dived into a hands-on demo of the game just a few weeks ago, something which only cemented my excitement. Now that the game is finally here, does it live up to the expectation? Here’s our review of Remothered: Broken Porcelain.

Remothered: Broken Porcelain serves as both a prequel and a sequel to 2018’s survival horror, Remothered: Tormented Fathers. You play as new character Jennifer, a resident of the Ashmann Inn, who finds herself stalked by terrifying beings as she unravels her own mysterious past.

The game was promised to appeal to both newcomers and existing fans of the series, but I found that as the story unfolded, I definitely needed more than just a quick recap of the previous game’s events.

The story unfolds much in the same vein as classic PS2-era horror games, with fragments of narrative finally coming together to form somewhat of a bigger picture. However, the execution of story is a little messy at times, with lots of different story threads across many different time periods. The story could jump in time by six months, only to retreat back a few years after a short cutscene, before dumping you back into the period you’ve been playing in.

The story is definitely weaker than Tormented Fathers, though it does have its nice moments. I’m a big fan of the budding romance we see in the game, and the characters are definitely more three-dimensional than before. However, the overall narrative just fails to impress.

One of the most impressive things I took away from my time with the hands-on demo was how pretty and polished Broken Porcelain looked on PC. A huge step up from Tormented Fathers, the game was swimming in detail and style, though sadly it didn’t transfer over to the Nintendo Switch version.

The Switch version looks muddy, flat and incredibly dark. Some of the later portions of the game were a struggle to get through because doors, items and pathways were obscured by the flat, dark and blurry textures. It’s normal to see some downgrades with the Switch, but this was hard to stomach having seen just how great the game played on PC.

If you’re going to pick up Broken Porcelain, I recommend going for PC over Nintendo Switch. You can see the huge difference in the image below (note that the first is an image from the game’s Steam page, and I can’t say that it’s not been doctored in any way, however, it is in line with the graphics I noted when playing the game on PC. The image on the right is a screenshot taken from my Nintendo Switch).

The style of the game, even with its downgraded visuals, is still as creepy as you’d hope for. The atmosphere is incredible, offering a truly terrifying experience. It does just need a little bit more willingness from the player if you’re looking for full immersion on Switch.

Gameplay in the Remothered games is more about sneaking, hiding and distracting than it is about all-out combat, and that’s where the game shines. Crouching and trying to be as quiet as possible as you creep through the halls and rooms of the Ashmann Inn is a lot of fun, and it definitely gets the heart racing.

Combat falls flat though, with a non-intuitive equipment system and a pretty useless crafting menu. I despaired anytime I would have to use an item or engage in combat, because it’s just not slick enough to be fun. Boss battles use a small range of interesting items, like nail guns or fire extinguishers, but they’re clunky to use. You could argue that this is typical for the survival horror genre, especially for older games like the ones Remothered is inspired by, but it just skips out on the fun element.

One of the new abilities in the game is Jennifer’s Moth power, which allows her to take control of a moth in order to distract enemies and guide other characters through sticky situations. This was my first time with the Moth ability, and it’s by far the worst mechanic in the game. The Moth ability needs time to power up and then you’re given a short window in which you can use it (you can upgrade this at a couple of points in the game), but what could be a cool feature is ruined by poor controls.

Playing with Moth powers turns you into a moth and switches the view to first-person. It’s reminiscent of the opening to Ocarina of Time, where the world is seen through Navi’s view as she goes to wake up Link. Just like Navi, you’ll struggle to fly in a straight line, you’ll bounce and tilt off every surface, and the camera will throw you around until Jennifer’s stamina or Moth power wheel is out of juice. Rinse and repeat, and try to keep cool when you’re trying to Moth-out around enemies. This could have been a really neat feature if it wasn’t so hard to control.

You can upgrade some of Jennifer’s skills, like her quietness, her stamina and her Moth power longevity, but there’s just a couple of opportunities to do this throughout the game, making it seem more like a last-minute addition than an actual mechanic.

The boss battles in Remothered: Broken Porcelain were a slog to get through for this review thanks to sticky controls, a lack of visibility and overall confusion. During one battle you’re tasked with using your Moth power to target one villain which then allows you to attack another with a throwable item. There was no animation to make it clear just when you could attack the second enemy, so it was just trial and error. Repeatedly.

If Remothered: Broken Porcelain had more of a focus on what it excels at – stealth and quiet suspense – it would definitely have charmed more than it has.

Is Remothered: Broken Porcelain fun to play? Initially, yes. The first few hours of the game sucked me right in (despite the graphics), and I ended up binging the first five hours or so in a single session. Sneaking around, hiding from enemies and solving some pretty decent puzzles was the highlight of the game for me, and these were the sections that were incredibly fun to play.

The final third of the game is where it began to fall flat, littered with heavy boss battles and confusing plot exposition. It became a slog pretty quickly, and I feared the bosses not because of their design or their threatening auras, but because it meant more sticky combat was coming.

We like to touch on accessibility when we review a game, and Remothered: Broken Porcelain’s options are quite basic. Brightness and Field of View can be changed, and you can thankfully lower the difficulty of QTEs. A handful of language options are available, as well as subtitles, though you can’t change the size of these.

Remothered: Broken Porcelain has its moments, but it’s a far cry from the game I was hoping for. While the story and gameplay got off to a strong start, it quickly degenerated into the things I hate most about the horror genre, implementing bad combat and confusing boss fights.

I came across no technical glitches during my playthrough (though I did once have to restart the game after I got trapped between an enemy and a table with the enemy being unable to kill me and me being unable to escape). Remothered: Broken Porcelain has had a number of patches since it launched, which seem to have fixed many of the bugs first reported by players.

All in all, if you enjoyed the first Remothered then this one is worth picking up, but you might want to wait for a sale. The game’s frustrations outweigh its benefits, and it fails to impress in comparison to Remothered: Tormented Fathers.