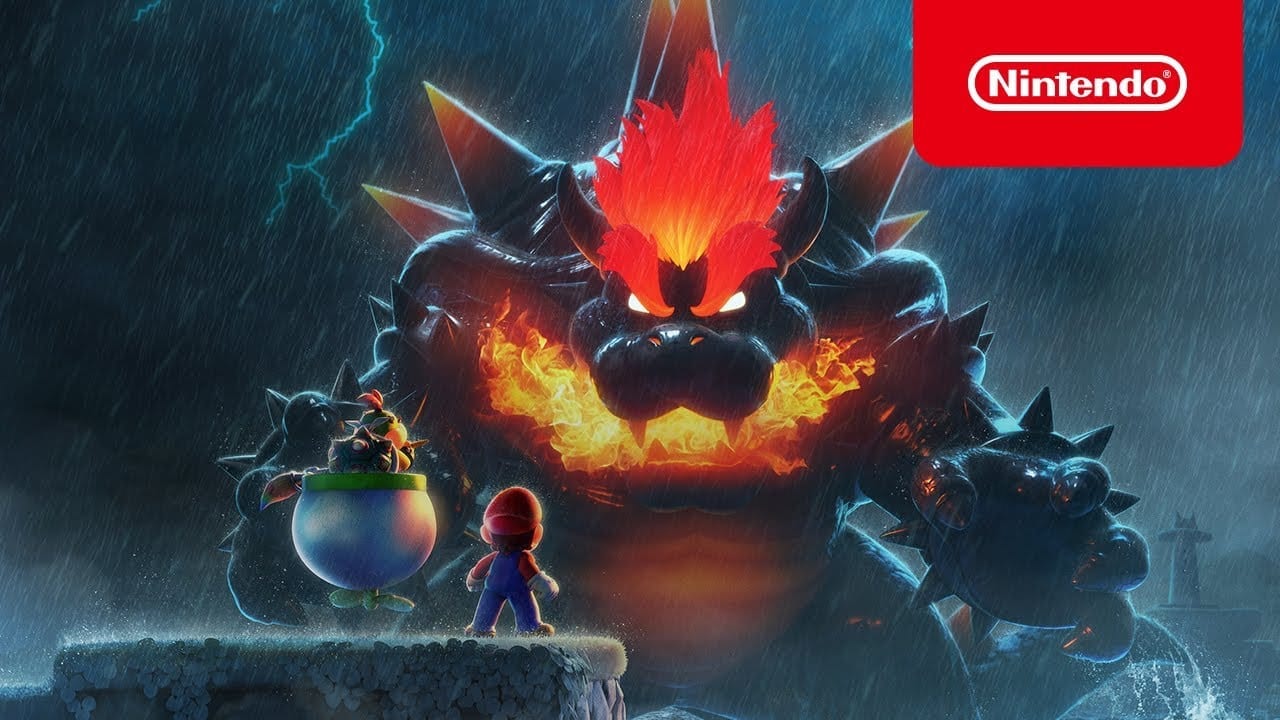 Super Mario 3D World + Bowser’s Fury is a colourful, roaring romp packed with charm, adventure and cuteness. For long-term Mario fans, or just someone who owned a Wii U and wanted to play one decent game, the name Super Mario 3D World might ring some faint, dusty bells in the back of their head.

But there’s something new about this game, once thought to be doomed to the unpopular console that was the Wii U. Bowser’s Fury. This is what this review will take a look at in more detail.

This funny little game promises big things. Namely, an open-world Mario experience. With Pokemon dipping its toes into the possibility of routeless exploration and the roaring success of Breath of the Wild, it seems the sun could be setting on the Nintendo’s more traditional, linear adventures. But should it?

To celebrate Mario Day (March 10th… see what they did there?) I’ll be taking a closer look at why Bowser’s Fury is the natural evolution of this plumber’s little story and what an open-world Mario tale means for gaming as a whole.

Cat-themed exploration is the name of the game. Well, it’s not. But this fun little expansion allows for fluffy feline, two-player shenanigans. Two-player Mario has, historically, been a bit hit or miss. But more on that later.

Lake Lapcat is home to fluffy felines, who prowl the sunny shores. The short, but sweet narrative involves Mario and Bowser Jr. teaming up to take down the Kaiju that is Bowser, by finding Cat Shines and solving the blight of dark, icky goo that wraps its tendrils around this idyllic land. I particularly enjoyed the contrast between the colourful land and the surprisingly dark narrative that enfolds the experience.

No spoilers in this review, but it’s a bittersweet narrative that might be the most heartfelt game that everyone’s favourite plumber has ever starred in. If you’re a fan of Mario, Dad Bowser and cats, this is the game for you.

Whilst exploring this open-world archipelago of islands, I was struck by how similar it felt to Super Mario Odyssey. Whilst I have my fair number of issues with Odyssey, I think it’s fair to say one thing – there was a childlike sense of wonder to the exploration, whilst it lasted.

Running through the sugar-white sands of Lake Lapcat and watching the crystal blue ocean lap at Mario’s weathered brown boots, I could almost feel the salt on my lips and the sun beating down on my back. It felt like anything was possible. Open-world Mario games certainly offer an interesting premise.

Bowser’s Fury is, undoubtedly, one of the brightest sparks in Nintendo’s arsenal.

The gameplay of Bowser’s Fury is pretty much what you might expect from a staple of the 3D platforming genre, despite its open-world novelty. One thing I will give Nintendo credit for – in this seven-hour game, they managed to bring the expected charm in spades. Mario travels from island to island, searching for collectibles that will help him bring down the bad guy. It’s a classic, but it’s what Nintendo continues to do so well.

One thing I would like to touch on are the multiplayer options offered. Whilst in the base game – Super Mario 3D World – up to four players can join in, Bowser’s Fury is limited to two.

In times of social distancing, the addition of a pandemic-friendly online multiplayer was a welcome respite for my friends and I in Super Mario 3D World. Unfortunately, this option isn’t available in Bowser’s Fury. This would be okay, if the multiplayer options were top-notch. However, the camera controls are akin to Mario 64 – clunky, unwieldy and detrimental to the beloved gameplay that Mario excels in.

If one thing is to be said for open-world Mario games, it’s that they offer a fresh new adventure to the 35-year-old franchise. Games, of course, have to evolve. But there’s certainly a question as to whether an open-world exploration is suited to the platformer that began life as a side-scrolling adventure.

Bowser’s Fury acts as the natural evolution to 3D Mario. Since Mario 64, the level design has opened up more and more, offering players the chance to really live and breathe the Mushroom Kingdom. Super Mario Odyssey’s expansive levels were the real first step towards this goal. Nintendo has certainly seen success with open-world exploration in its franchises. Pokemon Sword and Shield introduced the Wild Area to Trainers and, whilst it may have had its issues, it brought Galar to life in a way no other region had managed before. With the recent reveal of Pokemon Legends: Arceus, open-world exploration is clearly high on Nintendo’s list of priorities. I can understand why it must be tantilising for Nintendo to test the waters again with one of its biggest stars.

Bowser’s Fury is a very short game. I finished it in six hours. Super Mario Odyssey takes an average of 26.5 hours to complete the main story. That’s not even counting the extraordinarily shameful number of hours I spent hunting down balloons in the post-game content. With Bowser’s Fury, I got the distinct sense that an open-world Mario would struggle with pace, direction, content and freedom. Whilst this open-world level design may work for RPGs such as Zelda and Pokemon, Mario has a unique linearity that is a welcome respite from the ever-broadening expanses of the gaming world.

As mentioned before, the camera controls in Bowser’s Fury are very hard to control. This might pose an issue to those who have motor difficulties.

However, the difficulty option of the single-player experience are particularly nice to see. The game caters for those who struggle with higher difficulties, but can provide a challenge for seasoned players.

IS BOWSER’S FURY WORTH YOUR MONEY?

Super Mario 3D World + Bowser’s Fury certainly feels like a worthy celebration of the world’s most loved plumber’s 35th birthday. For Nintendo to take the next step into the next generation of game design is a huge thing for the industry. I’m excited by the prospect of what open-world Nintendo games have to offer us. Breath of the Wild is one of my favourite games of all time, and I’m beyond excited for a game like Pokemon Legends: Arceus. But exactly how viable repeating this idea would be for the King of linear platforming has me worried.

Bowser’s Fury feels like an amazing tech demo, but Nintendo’s next steps will be into the unknown.

This review of Super Mario 3D World + Bowser’s Fury was completed on Nintendo Switch. Review code was provided by Nintendo.