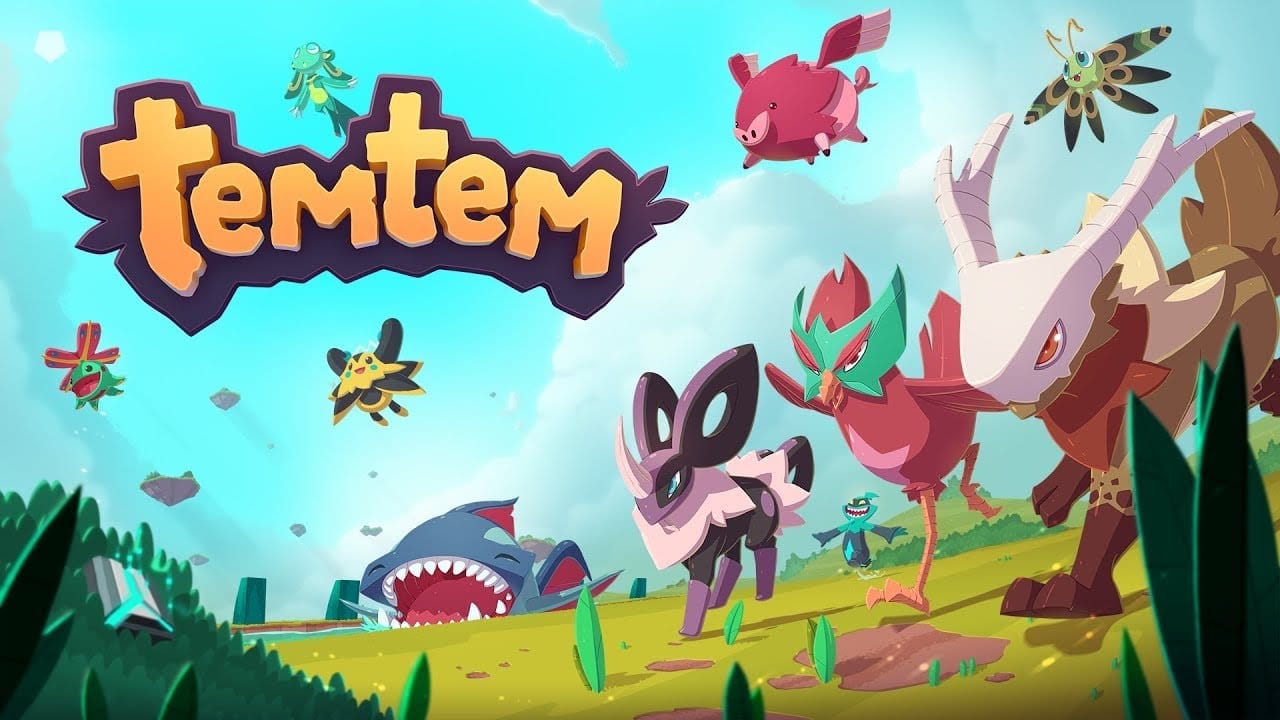 I need to start this review by addressing the obvious: Temtem is a lot like Pokémon in many varying ways. Described as a “massively multiplayer creature-collection adventure,” right off the bat you can see the influence of the pocket-monster franchise. This is not a detriment to the game at all, in fact, Temtem evolves a lot of aspects that are considered somewhat annoying in Pokémon. But it’s hard not to notice the blindingly obvious similarities that will immediately put a lot of people off the game. Can it stand on its own with such strong comparisons to other franchises? If you’re thinking about diving into Temtem, here’s our review!

Temtem, Gotta Catch Them All

Temtem’s whole campaign is playable in co-op, and since the game is always online, you’ll meet other players and have the option to battle, trade, and make friends with gamers. Cross-play will be enabled across PC and PS5.

You start Temtem in your bedroom, being woken up by your mother who is alerting you to the fact that you have to go and see a professor (Professor Konstantinos, to give him his full name), at the local research facility. After going downstairs and bidding farewell to your mother, you go outside to see people congratulating you on the start of your journey to become a Temtem master.

You are met with a young friend who is also beginning their journey to become a Temtem pro on the same day, and they are also making their way to the research facility to talk to the professor. They confess to you that despite them being your friend, they are determined to reach the pro levels of Temtem even if it means battling you along the way.

Upon reaching the research facility you are given the choice between three starting Temtems (Pokémon-like critters) and you are allowed to choose one as your starter. There are three different types of Temtem: one is Nature type (grass), the other relies on fire and the other is Dark/Psychic.

When you have chosen your first Temtem, you are given a bunch of Temtem cards. These are used to catch wild Temtems who can be found in long and wild grass areas, which are located when travelling between main city areas. Temtems are captured by throwing the Temtem card at the wild creature when it has been weakened enough to capture.

Seeing the similarities yet?

Similar Does Not Mean Bad

Despite the somewhat alarming similarities between Temtem and Pokémon, it does not make Temtem a poor game at all. The game actually runs smoothly and quickly compared to recent Pokémon titles, and there are far less movie-length dialogue moments to distract you from the battles.

Battles themselves seem more of a challenge compared to Pokémon, with you constantly having to alter your party depending on the team you are selecting. It is no longer the case where you can just stick with your original starter creature and just tank through the game with them. You need to strengthen up a variety of Temtem in order to master the later stages of the game.

Temtem moves often require charging as well, and moves can be limited to a single use per game until a Temtem has developed enough stamina to use it again. This prevents you from charging in and using your most powerful move immediately to eliminate the enemies. I very much prefer this approach to the game, it makes you actually strategise during matches rather than just relying on one move to end it straight away.

The types of Temtem are Neutral, Wind, Earth, Water, Fire, Nature, Electric, Mental, Digital, Melee, Crystal and Toxic. You are never short of options when it comes to chopping and changing your battle squad because of these differentiating battle types.

During combat, techniques can be used. Each technique has its own properties, such as type, category, damage, stamina cost, hold value, priority and synergy. Many species are capable of Evolution. This differentiates from Pokémon in the sense that your captured Temtem has to rise a certain amount of levels from the level it is captured at rather than simply reaching a required level number like on Pokémon. This is a lot better system in my eyes and elongates the game in a good way.

There are no specific areas that are just based on a single type of Temtem as well. For example, each gym in Pokémon is based on one certain type, so go in with a Pokémon that is strong against that type and you will fly through it with ease. Here, the Temtem alter constantly, even in the Dojos, so the challenge is never as easy as it may have been in Pokémon.

As always for a game review, we like to touch on accessibility and inclusivity within a game, and Temtem has some nice options (though it could use more). The interface is easy to manage on the PlayStation 5, and the game does have subtitles.

The character creation tools offer a vast range of hairstyles, skin tones, eye colours and you can even choose to be non-binary if you prefer. The battle system is not too difficult to pick up so it certainly won’t be an overwhelming experience for beginners, even if it is more challenging than Pokémon.

Why Temtem Is Not A Ten-Ten

Temtem is a very enjoyable game to play. The quick pace and structure of battles make the experience a whole lot more enjoyable than Pokémon games as a whole. But where Temtem falls short is the longevity of the game. Here there are 108 known species of Temtem, with 102 of these being obtainable. That’s a lot when you look in the grand scheme of things, but you will have to play the game for a very long time to reach these Temtem-capturing levels. There’s also the updates planned for the game, which will make it more expansive as time goes on. New islands, new mythical Tems and more multiplayer updates are planned for the future.

Five hours into the game and it was already feeling a tad repetitive for me, and the enemies I was facing often just used the same arsenal of Temtem against me. The wild areas early on do not let your obtain as many creatures compared to Pokémon so you can feel fairly limited.

Overall Temtem is a very enjoyable experience that, despite obviously having Pokémon as an inspiration, creates its own unique take on the capture-and-battle style of play.  I think it certainly should be a game to try, even if you are a die-hard Pokémon fan, though it might not be one you stick with for hundreds of hours.