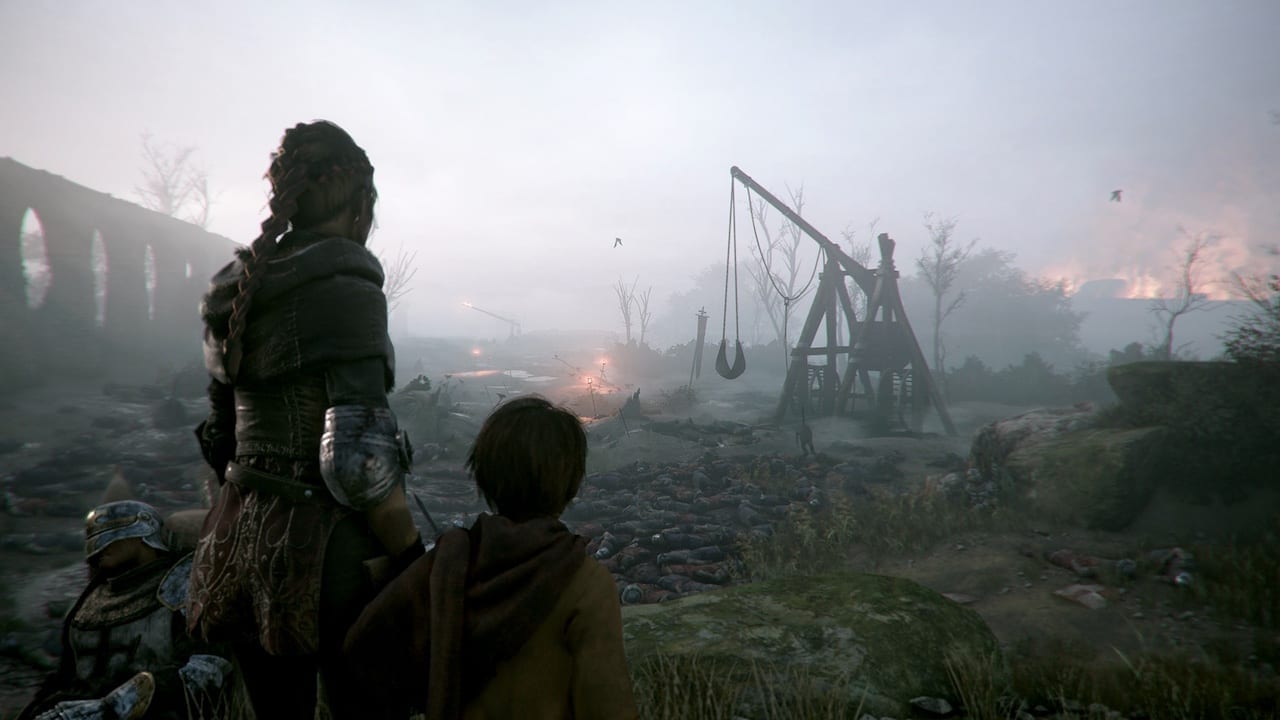 When it comes to horror tropes in video games we’ve seen a lot of them explored. It’s rare that something comes along that introduces a fear you didn’t think you’d have. A Plague Tale: Innocence looks to introduce a new thing for gamers to be scared of. Rats.

Set in France during the Black Death period of the Hundred Years’ War you follow two siblings, Amicia and her younger brother Hugo. The two have an interesting dynamic and watching their bond grow as you progress through the game is genuinely endearing. The voice acting isn’t the best but the dialogue writing is strong enough to help you care about most of the characters you meet throughout the game.

The story is also written in a way that pushes you to want to find out more. Seeing the Amicia and Hugo’s country destroyed by the invading British, whilst also dealing with the awfulness of a plague, means there’s a lot for the writers to explore, and they do so well. It may not be anchored 100% in realism but there’s enough world building there to make you accept the way the story progresses.

Early on in the game Amicia feels very uncomfortable with killing. The morality of killing is repeatedly brought up throughout A Plague Tale and is handled in a way rarely seen in the medium. That’s not to say that you won’t be killing enemies in a variety of ways, it’s just that the characters don’t become numb to it straight away like most video game protagonists.

Dispatching of enemies is always better when it’s done from a distance on your terms. Having a perfectly laid plan come together, allowing you to sneak through an area undetected, feels satisfying. At its core A Plague Tale: Innocence is a stealth game.

When fighting is forced upon the player it never quite feels natural. Amicia’s weapon of choice is a sling that, even with upgrades, never feels the slickest to use on a swarm of enemies. Luckily most of the game realises its strength is in stealth and keeps these moments to a minimum.

There’s variety to what you do though, you’re not just trying to sneak through human populated areas. In fact a lot of the time the main population of an area will be rats. As mentioned at the start of the article the trope of a swarm of rats hasn’t been explored that much in video games. In A Plague Tale it’s explored a lot and, for the most part, they’re very unsettling.

What is there to do once you’ve finished the game though? There’s plenty of collectables to go back and hunt down if that’s your cup of tea but for most I imagine A Plague Tale: Innocence will be a “play once and that’s it” situation. The game is fairly linear, although there are multiple methods to get from A to B sometimes. It’s a hell of a ride though and, if you’re a fan of story driven games, worth considering picking up at some point.

A Plague Tale: Innocence is a well crafted single player game that feels like something different. It may have its problems but the world it creates is beautiful and haunting at the same time. Its protagonists are endearing and, although it kind of loses its way in the closing hours of the game, it has left me excited to see what the developers do next.