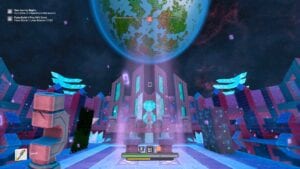 Building, creating and explanation are all names of the game in Boundless. Join other players and warp between worlds as you hunt, dig and adventure your way across a voxel landscape. This is Boundless, and it is immense amounts of fun.

Welcome to a universe of inter-connected worlds, accessible through warp conduits. Boundless is an online MMO voxel sandbox game, developed by Wonderstruck and released by Square Enix. In it you can build, craft and explore to your hearts content. As if that wasn’t enough, when you tire of one world, you can open a conduit to a friends, or even a random new location where there are traders, other adventurers and more. Boundless gives players freedom, and some truly impressive ways of teaming up to take on large-scale bosses too. The limits for fun are literally your imagination. 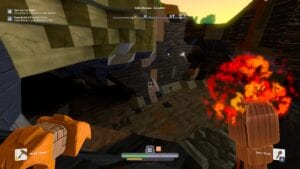 Some people may hear voxels and shudder, blocky terrain and no detail is something people tend to band about. Not so with Boundless. Yes, the world is made from blocks but not all of them are square, and all of them are detailed. As you drop into the world, you can see the many biomes available and what sort of treats they have in store.

Forests with vines and low-hanging foliage can be walked through, or you could trek across sandy deserts. Each environment has a unique feel and the maps are vast, procedurally generated worlds just waiting to be discovered. If you don’t fancy that though, you can always create and hop through a portal.

Exploring comes with a nice range of music and audio effects. Everything you interact with or mine in the world has its own unique sound. Perfect if you can’t quite see what you’re doing in the dark of a cave. 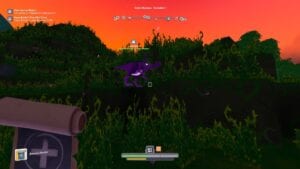 There is also a pretty relaxing soundtrack which makes great music to explore vast worlds to, as well as a good level of ambient sounds. Even small critters or large animals you come across have their own unique noises.

Boundless is a sandbox game but there are plenty of activities to take part in besides wandering the world aimlessly. Hunting of wild creatures both great and small is a great way to spend time, and many require specific strategies to beat. A great challenge for players both in solo and co-op gameplay. If you don’t fancy that, there are quests and achievements to aim for and further ways to specialize your character,

Building is another core aspect of the game, but unlike many you can build alone after you land on your planet through the warp conduit, or, you can join living settlements with other players. Huge cities and communities can be formed, adding a nice layer to the gameplay. Traders can be found, and teeming community hubs are full of other players and NPCs alike meaning you’re note forced to trudge for hours if all you want to do is obtain a few specific materials for a particular build. 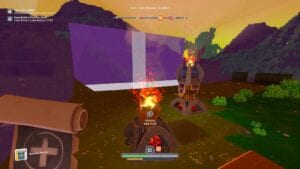 When it comes to creating your own home, the game handles land claiming in a fairly unique way. By completing quests players can unlock chests, these chests contain a variety of things from exp to money and also, cubits. Cubits can be spent on a few things but one of these are plots. Plots are used to expand your personal building area, meaning players cannot just take over huge swathes of the map with their buildings.To use plots, you must have a Beacon which allows you to claim 1 plot of land. From there, you can add your additional plots without the need for additional beacons. Not only do these beacons claim your territory though, they also act as warp points. By building a warp conduit, players can quickly and easily move between huge areas. Each location can also be named, so hopping about needn’t be confusing. It’s not just you that can use the portals either, gather up several of your friends and see just what the world has to offer!

Exploration is incredibly rewarding, not just for the views and landscapes you can find, but also because of the extensive crafting materials and treasures out there. There is a huge crafting system, with weapons, furniture, building parts, and interactive items like fires that allow you to cook etc. as part of it. 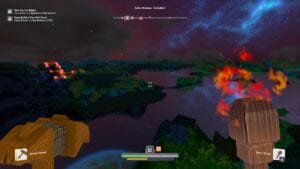 Another nice feature is the leveling system. The more you find, explore and build, the higher your character levels. These levels bring skill-points that can be used to specialize how you play, and provide great benefits for your character. You can gain extra health, abilities or weapon specialties. This is great because you are able to set your own mini goals and have things to aim for, rather than just building or just resource gathering. It’s much more than just a sandbox game, and with these features your character and story is truly your own.

Boundless is a fantastic mix of building, exploring and character progression. Survival is also mixed in, but the mechanics are not so onerous that you need to spend all your time just trying to stay alive. Instead, you are free to explore the vast worlds, hop between environments and join an ever growing community. The ability to trade and form settlements adds a nice community touch that many other games in this genre are lacking. Overall though, if you loved Minecraft, or any aspect of voxel games really, we can’t recommend Boundless enough.