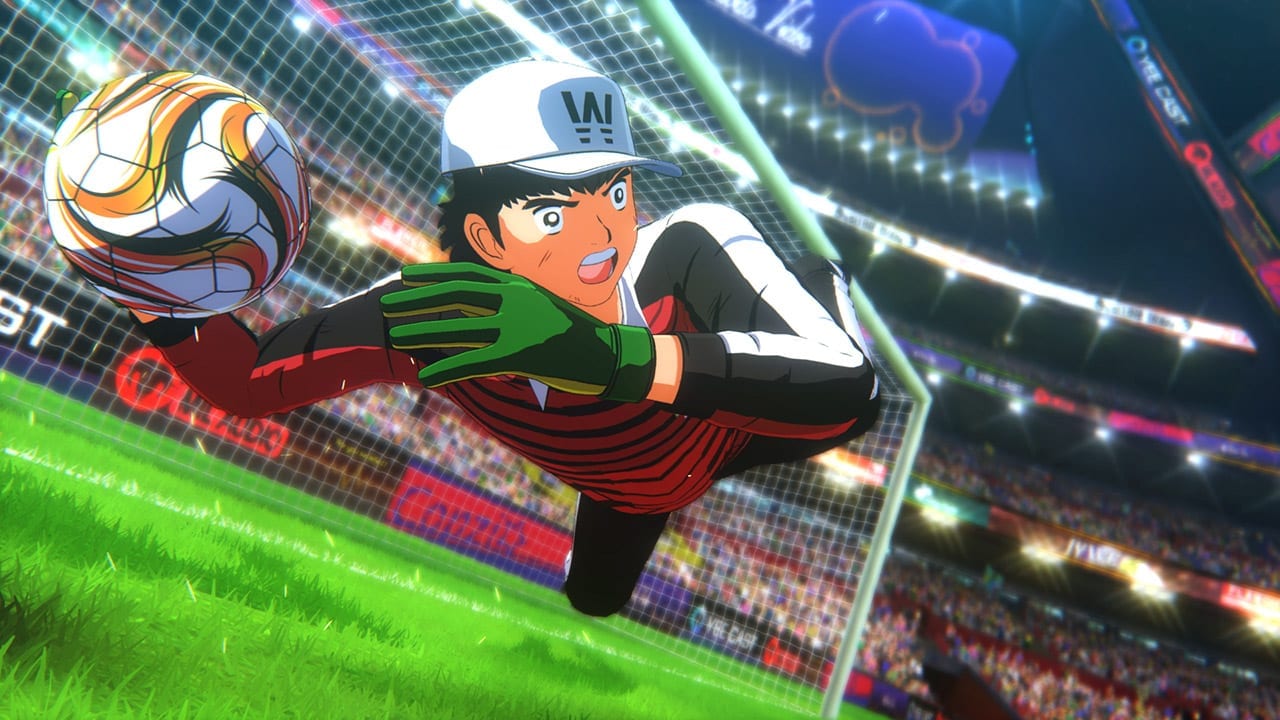 Captain Tsubasa: Rise of New Champions isn’t like other football games. Yes, the main focus of the game is to score more goals than your opposition but it’s far more than just FIFA with an anime skin. It also delivers a story packed with more drama than a soap opera. It really helps elevate a dull 1-0 win to something far more exciting.

Having a story in a football game isn’t a new thing by any means but everything in Captain Tsubasa is dialled up to 11, and it’s all the better for it. Is that all that makes it stand out against the likes of Pro Evolution Soccer and FIFA though? Not at all. There are layers to the game that just don’t often appear in other games based on the most popular sport in the world.

The Drama of The Beautiful Game

Football can be a dramatic sport but never has it been as wonderfully exaggerated as Captain Tsubasa. From players with health problems to shots so powerful they burst the ball, Tsubasa has it all.

I found myself extremely invested in leading my team to victory as new foes and motivations sprung up through the Episode Tsubasa story. It adds enough intrigue to leave you wanting to continue. You want to find out what’s going to happen. All of this whilst acting as a solid tutorial to help players get used to the game.

For those that prefer to create their own character, you can do that too. Episode New Hero allows you to become a player for one of three teams. Those teams are Furano Middle School, Musashi Middle School, and Toho Academy. Coming into Episode New Hero after Episode Tsubasa means you’ll have an understanding of each of the team’s backgrounds and quirks. This should help you make a decision on which team to play as that you won’t regret.

New Hero is basically the Captain Tsubasa equivalent of a player career mode. Win matches in certain ways to get bonus points and build your character into a player you can be proud of. Most of the story beats from both episodes play out in a visual novel kind of style which won’t be for everyone. There are some great cutscenes in matches though during the stories if certain criteria are met. Some of them left my mouth agape for how wonderfully over the top they were.

For those that want to dive even deeper into the lore of Captain Tsubasa, there’s also a gallery that shows short films. It gives more context to characters, motivations, and historical past encounters.

Time to play the game

The story mode is what makes Captain Tsubasa stand out the most but there is a football game in there too. For the most part, it plays out as you’d expect. Pass the ball around, shoot where you can, tackle where you can, and try not to concede.

There’s such a wonderful level of exaggeration in everything though that everything feels mildly ridiculous (in the best way possible). Players smash into one another and send each other flying to disrupt runs. When it comes to tackling there are no real rules so get stuck in!

This isn’t the only part of football that Tsubasa does differently to traditional games. Scoring goals requires a different tactic than what you’re used to.

Goalkeepers have spirit meters. At the start of the game, they’ll be able to save most shots but, as the game goes on and more shots are fired, their meter will be less. This will leave them less likely to save shots, especially if you can get a special shot away.

Special shots are another thing not seen in traditional games. Fill your shot meter and, if your character has an ability, let go once it’s full. A mini cutscene will trigger which will then see your shot fired at the goalkeeper and hopefully into the back of the net.

Add to this the V-Zone trigger, which makes meters load faster or give your keeper a chance to save an unstoppable shot, and you have a fairly unique football game. It does mean that large parts of the game are spent firing shots at the goalkeeper to whittle down their meter but it’s something that is strangely satisfying at times. Like chipping away at the health of an enemy in an RPG.

Captain Tsubasa has a nice style. A cel-shaded aesthetic that helps it stand out at first glance. In motion, it loses a bit of its charm though. Animations can be a bit clunky at times and character models don’t have much variation. The screen can also get a touch too cluttered during matches. This is not helped by the camera never quite being wide enough no matter the setting.

This is because the game only has one language option in terms of audio, which is Japanese. Subtitles pop up and take up sections of the screen that may be distracting to some. Each vocal line is delivered with emotion though that makes the moments feel important, even if you don’t have time to read the subtitles.

The music in the game is fun and has some genuine bops that I couldn’t help nod my head to. On more than one occasion I left the screen on a menu just to enjoy the vibe.

This is a section that lets Captain Tsubasa: Rise of the New Champions down. Accessibility options are very limited. As mentioned there’s only one audio option. Although this helps keep the authenticity intact it does mean those with reading problems and visibility problems may have issues.

Story mode does let you take your time with text though. You can progress the text boxes as you see fit or add an auto continue to the text so you don’t have to press a button more than once. Tutorials do a great job of showing you what to do with a nice big button prompt on the screen.

It would be nice to see some way to replicate this in matches but the tutorials are easy to practice repeatedly until you get to grips with things.

Audio levels can be adjusted individually which is useful for those that like to finetune and there’s interface and subtitle language options galore. Languages include English, French, Italian, German, Spanish (Spain and Latin America), Arabic, Brazilian Portuguese, and Traditional Chinese.

There’s more layers to Captain Tsubasa: Rise of the New Champions than I’ve highlighted in this review. There are an online mode and team edit which help add longevity to the game after the story modes have finished. Don’t expect to finish the story modes quickly though. They’ll keep you occupied for quite some time if you enjoy them and really were my highlight of the overall package.

Captain Tsubasa: Rise of New Champions is an experience that is fairly unique to this generation. It’s bombastic, it’s loud and it’s often ridiculous but that’s all part of the charm.

Its gameplay loop can sometimes be a touch repetitive which does harm it a bit. Firing shots at goal when you know they won’t go in feels demoralising, but you know you have to do it to make future ones go in. It leads to matches being very midfield and attacking focused and not always in a fun way. 1 on 1s with the keeper rarely matter, as all that’s important is whittling down that meter.

If you’re a football fan that also loves anime then Captain Tsubasa is a must. There’s no denying it’s a fun game. The visual novel style story modes have some great moments and if you enjoy that style of storytelling you’re in for a treat. Hopefully, this is the start of a renaissance for Captain Tsubasa video games because Rise of New Champions is a great foundation for future instalments.

Reviewed on PlayStation 4. Also available on PC and Switch.