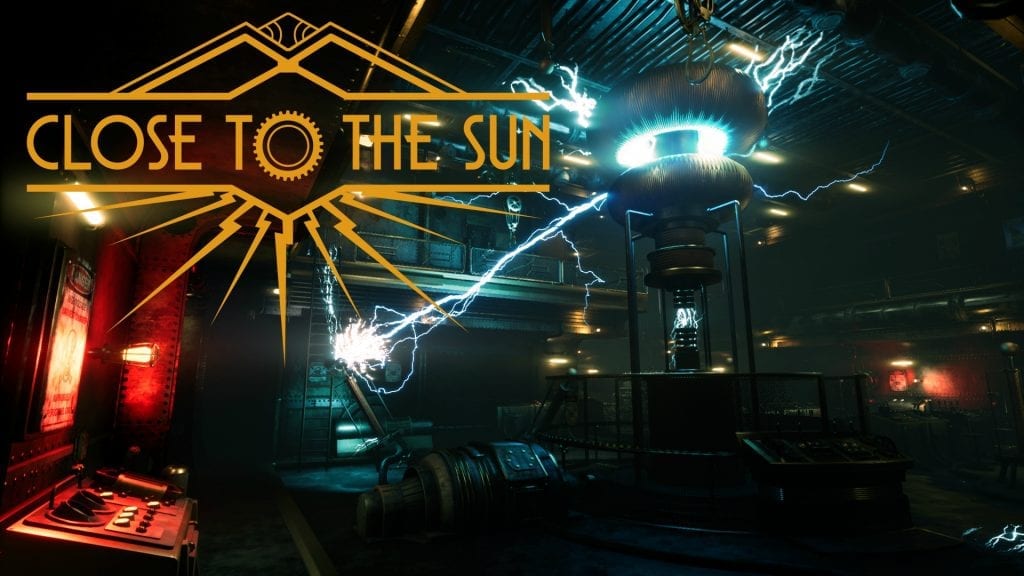 Close To The Sun is a horror that, when it first launched on PC, drew a million and one comparisons to the much-loved BioShock series. Now that it’s made the leap to console, can it stand on its own two feet?

Set in an alternate reality, the game follows Rose on her journey aboard the Helios, a ship filled to the brim with the best scientists of the early 20th Century.

Rose is on a quest to save her sister after a mysterious “outbreak” aboard the Helios wipes out almost everyone on board in what’s an incredibly absorbing horror game.

Although CttS does rely on some pretty well-worn horror tropes and jump-scares, it succeeds in creating an atmosphere that a lot of horror games lack. The story is compelling enough to want you to continue, but the atmosphere gives off enough of a creep-factor to make you occasionally pause and gather your thoughts before progressing. From a horror perspective, it’s more mysterious than spooky, but that’s definitely not a bad thing.

The story, which definitely does have some BioShock moments, is a thoroughly enjoyable ride that doesn’t just sit in the horror field, but also crosses the bridge into some exciting sci-fi too. The plot keeps you asking questions and driving you further and further into the Helios.

As Rose you don’t get any weapons, there’s no combat, and there’s no quick time events. This is definitely more of an exploration game than anything else, though you will find a handful of puzzles sprinkled throughout. These puzzles usually involve flipping various switches, and they’re not too challenging which makes them less satisfying than they could be. That being said, they’re still an asset to the gameplay, and I don’t think the game would be as enjoyable without them.

Unfortunately, CttS on the Switch isn’t a flawless game, and oh boy did I struggle with it at times.

The biggest issue I found with the console version of the game is most likely down to the limitations of the Nintendo Switch, but it’s still an issue that was hard to overcome.

Texture issues and frame rate drops were, sadly, very frequent in the game, and it’s clear that the original vision for the title has been somewhat compromised in the port for the Switch. There’s a massive and unignorable difference between how the game looks on PC and how the game looks on Switch, with the quality so condensed on the latter that there are sections that don’t even look like they’re from the same game.

The title includes a few chase sequences which are initially terrifying, but soon become nothing more than tedious and frustrating thanks to the Switch’s low power. Although the (PC) game is pegged at 4 hours to complete on How Long To Beat, I spent two whole hours (!!!!) struggling to get through one specific chase sequence on Switch.

The sequence itself should have taken around 20-30 seconds to nail, but the Switch was struggling with frame rate so badly, my character was clipping into obstacles, and there just didn’t seem to be enough time to get away from the enemy and to the next section.

It took me a long time to work through the issue of this one particular level (I actually had to speak with one of the game developers to get through it).

I ended up bringing the game to the GameByte office to check it wasn’t just me, and it wasn’t. After each of the team playing the game, we took to YouTube to check in on the PC version and how players had tackled it. This sequence in particular looks vastly, vastly superior on PC, and although presenting an issue for some players, it definitely wasn’t as much of a tight turnaround as on the Switch.

It’s the first time I’ve come across a game that the Switch really and truly struggled with this much, and hopefully it’s something that the wide release of the game will be able to fix…somehow. [EDIT: A day one patch has been released for the game, which hopefully will go some way to fixing this!]

Eventually, I managed to beat it, but only with the Switch docked and only with the Pro Controller. I’ve gone back and tried multiple times in handheld mode and with Joy-Cons since then, but I honestly think the Joy-Cons aren’t seamless enough, and the frame-rate is too slow for this to be achievable in any other way.

In handheld, if I were playing the game for fun and not for review, I don’t know if I would have stomached the effort and experiments put in to get past it.

Once I had gotten through that particular section, I’d seen the death animation more times than I care to think about, and it rendered the remaining two chapters of the game considerably less scary because the fear of getting chased or caught was just entirely removed.

That being said, there’s still a huge amount that Close to the Sun has to offer.

Despite the problems with the Switch port of the game, it’s still a game I’d recommend to horror fans, sci-fi fans, and yeah, BioShock fans. Close to the Sun is, perhaps, just too demanding for the Nintendo Switch, and though you should definitely be playing this game this Halloween, you maybe shouldn’t limit yourself to the Nintendo version.