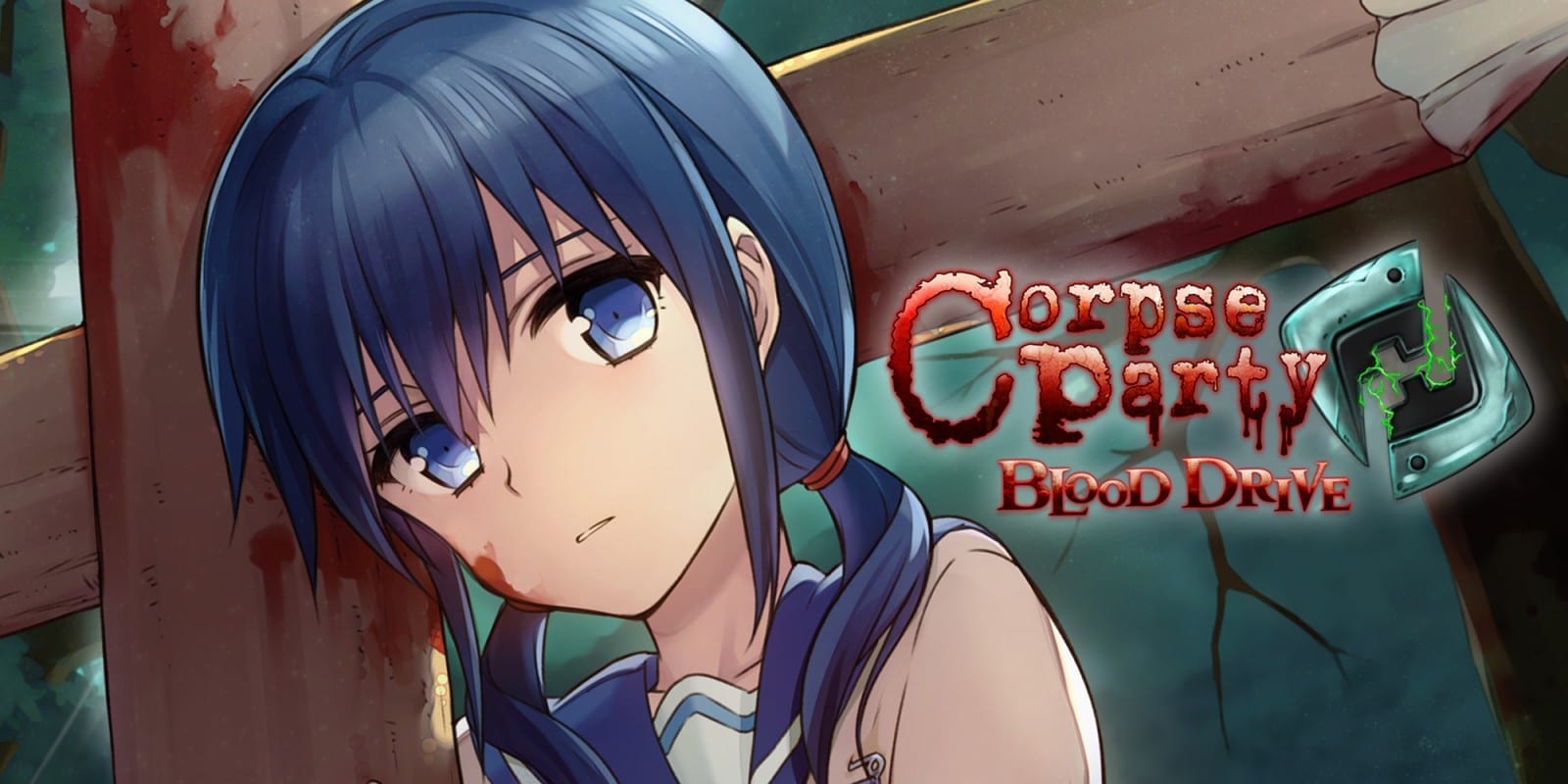 Corpse Party is a series that really deserves a lot more love than it gets, but how does Corpse Party: Blood Drive on the Nintendo Switch stack up?

(Just to clarify: I’ve played the Corpse Party remake but not Corpse Party: Book of Shadows. You’ll see me compare Blood Drive to the first Corpse Party a lot because of this.)

The Corpse Party series is one I was introduced to during its heyday as a YouTube Let’s Play phenomenon back in 2013, but it’s been around for way longer than that. At its height, the first game fell into the same category as a lot of RPG Maker-style horror games, including the likes of Mad Father, The Witch’s House and Ib, thanks to its 16-bit graphics.

Since the first game, the series has evolved into a whole subculture, and – so as to avoid getting too into-the-weeds with the full history of Corpse Party – all you need to know is the main canon consists of: Corpse Party, Corpse Party: Book of Shadows and Corpse Party: Blood Drive. Although new to the Nintendo Switch, Blood Drive has actually been out on other platforms since 2014.

(If you want to learn more about the other games, the anime, the manga and the remake, click here).

The series follows a group of Japanese students as they tackle the haunted other-dimension that is Heavenly Host Elementary school.  I’m going to remain purposefully vague about the plot details. Aside from being pretty complex and convoluted, the plot is actually pretty good if not confusing, and it’s worth jumping into the series as blind as possible for maximum impact.

Although the CP games look cute AF, expect some dark, dark themes, a lot of gore and some surprisingly effective jump scares. It’s comparable to Doki Doki Literature Club terms of its style contradicting its content, but trust me, this gets creepy as hell and the less I tell you about that the more you’ll thank me later.

Despite what you might think judging by style of the game, Corpse Party: Blood Drive is, first and foremost, a horror title.

Unlike the first Corpse Party, both Book of Shadows and Blood Drive offer up a completely different style of gameplay, though the visual novel-style is still used for cutscenes. Each of the latter two titles ditch the 16-bit-style 2D visuals, but Blood Drive is the first game in the series to use 3D animations for its gameplay.

It’s surprisingly effective, though not flawless. In 3D, the characters maintain their cutesy-style, taking on a chibi-like appearance that makes them just as adorable as ever. The downside of the new 3D models is that they’re not particularly expressive. A few times I’d be in a cutscene that was particularly nasty, ghost-filled or gruesome, only for the 3D characters to be smiling away. It was a little immersion-breaking, sort of like posing your Nendoroids in a horror setting but with entirely the wrong expression. You can see this in the screenshot above, where I’m happily posing next to this dead body.

The game is split in chapters, with different playable characters and different stories to follow. When you have a party of characters you can swap between your main, with a couple of somewhat-sexist different abilities, like the male characters being able to move broken desks where the females can’t, and the females able to squeeze through tight spots where males can’t.

Blood Drive plays really, really nicely. The game is split into 10 chapters which can be replayed and reaccessed whenever you need them once they’re unlocked. This is a huge improvement on the first game, in which making the wrong move and having saved in the wrong spot could impact your ability to continue the story.

I’d say that the majority of each chapter is spent in cutscenes, which is no bad thing. I love the anime art style for the characters, and I never get sick of the cutscenes. There’s definitely a lot of text to read through as there’s no English voice dub, which won’t appeal to everyone, but I didn’t get bored at the “story time” sections of each chapter.

The first few chapters ease you in quite slowly, with me thinking “wow, this is much easier than the first Corpse Party.” Then I hit Chapter 4 and immediately choked on my own words. There are sections of this game where you’re constantly followed by enemies, and it can border on irritating at times.

Some of this is down to one of the gameplay features: the stamina meter. Yes, stamina depletes when you run, results in the character stopping to catch their breath. In a horror game, I don’t mind this too much, but it did make chase sequences pretty infuriating at times.

Talismans can be found and used to “cleanse” spirits that are following you, though this didn’t really seem to come into play until the last two chapters of the game. Before these chapters I think I’d found only two or three talismans, so they weren’t a reliable way to rid yourself of many ghosts you’ll get pursued by.

There’s also Darkening to watch out for. Introduced in the previous game (and therefore a new mechanic to me), Darkening is essentially your character losing their mind thanks to what they’ve seen. You can use statues to cure your Darkening, but honestly, I never needed to. This was a bizarre mechanic that had absolutely no bearing on the gameplay for me, though a quick Google tells me it was a major problem for other players.

You can now also hide from ghosts, something which wasn’t available in the first game. This wasn’t the best mechanic. Coloured rings on the screen would indicate when it was safe to leave the closet you’d taken refuge in, but you could step outside, turn a corner and immediately be chased again. The hiding mechanic didn’t really add anything for me and I found it more frustrating than useful.

I went into Corpse Party: Blood Drive being incredibly hyped. As a person who loved the first game and never got to experience the second, I was thrilled that it was going to be available on the Switch. But – and get ready for a big but – I have to ask why Blood Drive, which is the conclusion to the main trilogy, was the first game to make its way to the Switch.

If you want to get into a series, starting with the final part of a trilogy isn’t the best way to go about it and I struggled with the plot at times thanks to never having played Book of Shadows. Throwbacks to the previous games without context are going to get very weird with this one, as evidenced by the screenshot below.

Don’t get me wrong, I really loved this game. The plot was riveting, the scares were truly creepy and the style was adorable. But I do think the game has limited appeal for new audiences just because it’ll make zero sense. Would I recommend Corpse Party: Blood Drive? If you’ve played a CP game before then absolutely, yes. If not, then maybe try out the first title on Steam before committing to this 12 hour adventure.

Corpse Party: Blood Drive is available for download via the Nintendo eShop.