Dead Cells is an exciting new platformer that merges Metroidvania and roguelike elements into an all-rounded experience that deserves your attention.

Dead Cells so effortlessly blends together straight up hack n’ slash fun with real gameplay depth and progression, and harsh punishments for death.

Here is a look at everything there is to know about Dead Cells, my first impressions, and my overall review.

What is Dead Cells? 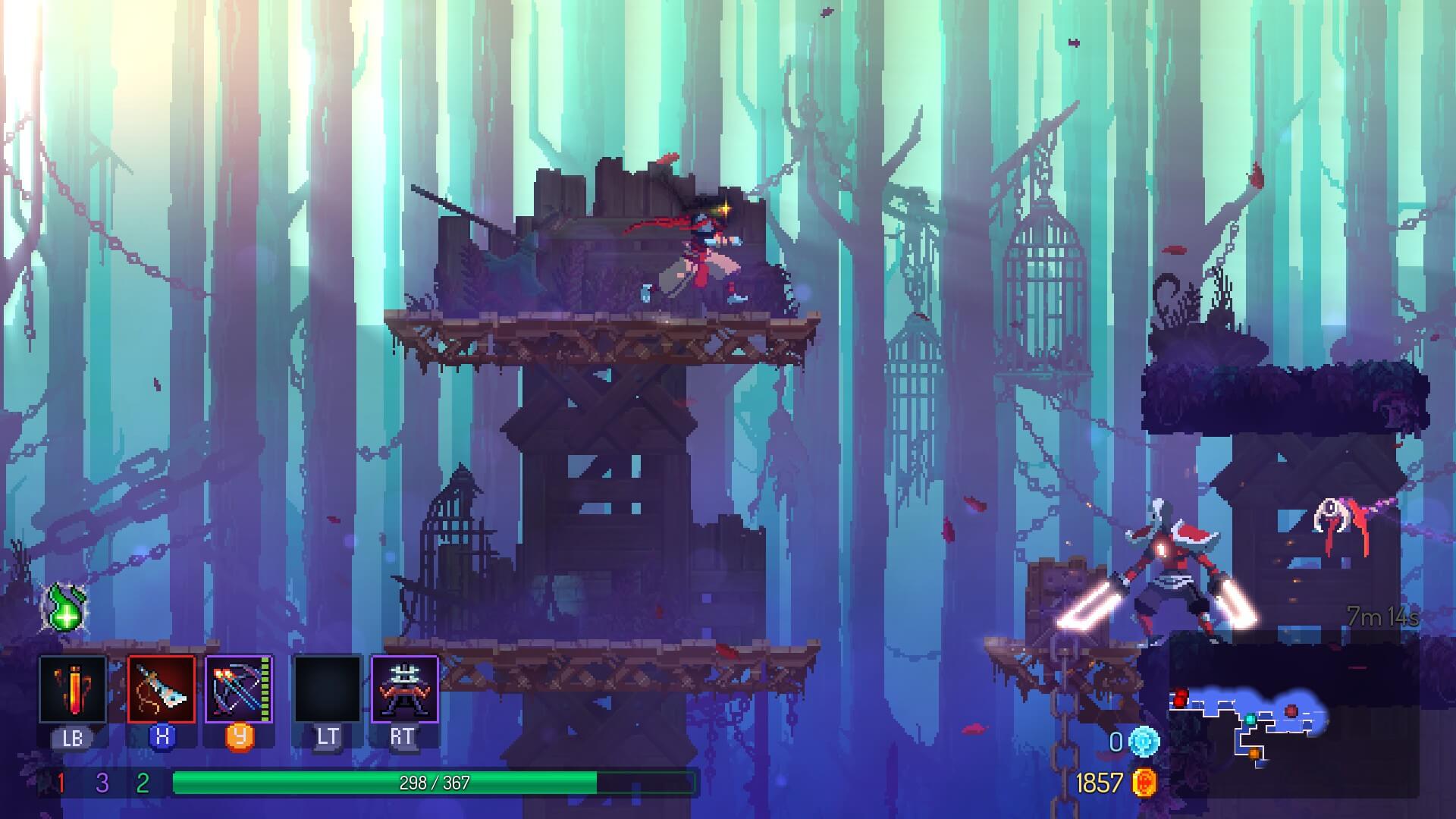 Dead Cells gets called a lot of things – Metroidvania, Roguelike, souls-lite. (That’s a new one.) But for me, I like to call Dead Cells ‘fun’.

At the very heart of Dead Cells, you have a game that features well crafted, enjoyable combat mechanics. Dead Cells seems exciting and casual on the surface, yet gameplay is deeply unforgiving and worryingly addictive.

A wide variety of enemies scatter the game world. It’s your job to fight your way through them, explore each stage to its fullest, find hidden chests and item rooms, and strive to find better gear than what you currently have equipped.

After each stage is completed, you enter an area where you can spend accumulated ‘cells’ on upgrading certain elements. You’ll visit this place a lot, sometimes with excitement, sometimes with frustration. I’ll explain it with more detail below.

Before I go deeper, here’s a quick overview of Dead Cells:

Dead Cells Lures You In With Flashy ColoUrs, Then Suffocates You With Permadeath 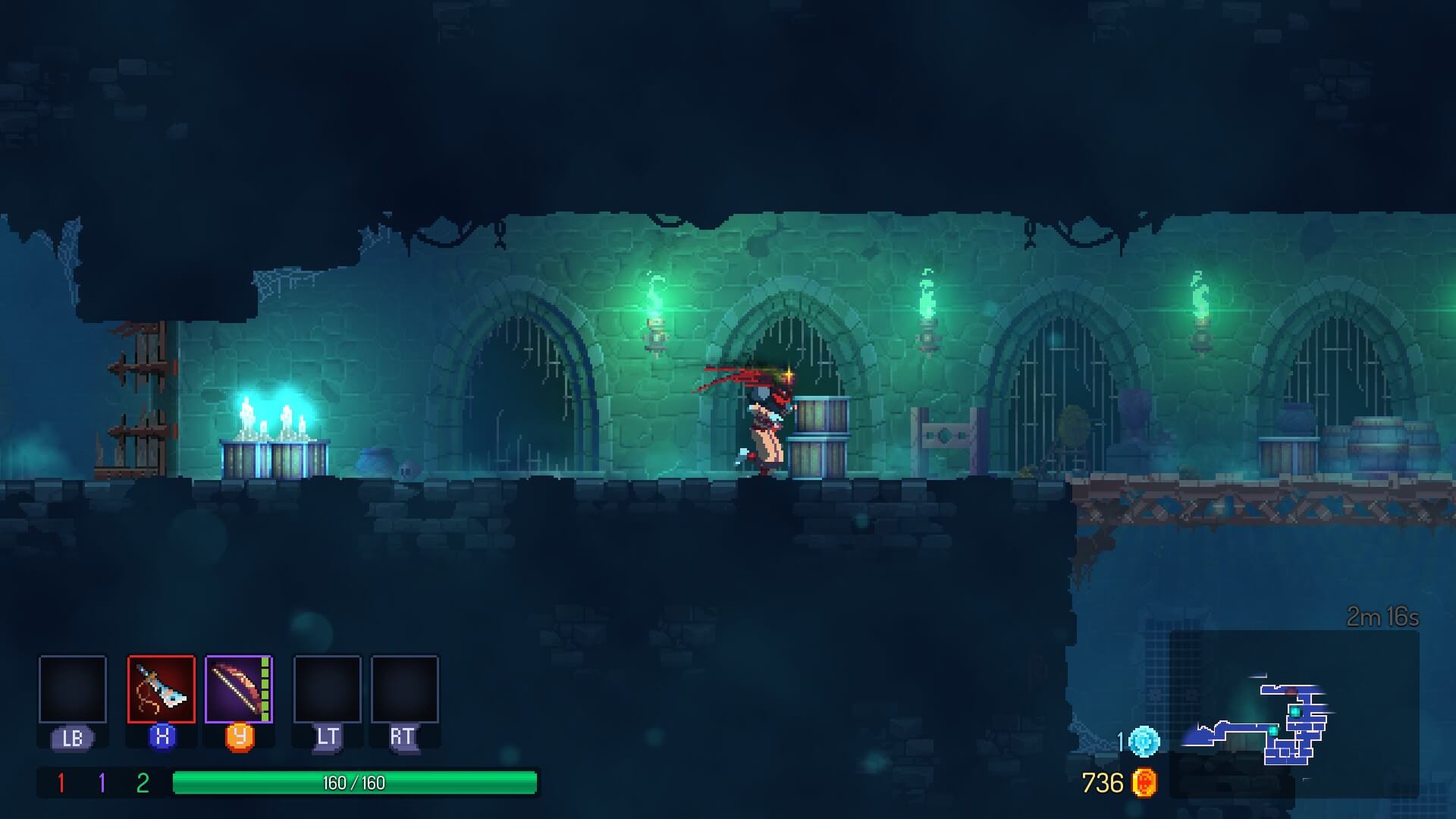 When you die in Dead Cells, it’s painful. The biggest pain is that you go straight back to stage 1. If you’re a fan of roguelike games, you’ll recognise this as a familiar sting.

There are a number of things that happen besides you being forced back to the beginning. You lose all of your weapons and utilities, you lose any special mutations that you purchased with cells from killing enemies, and you lose your cells and accumulated gold, too.

There are some permanent unlocks that you get to keep forever. Some are found in the game, albeit rare. Most are unlocked with cells from fallen enemies.

Unlocks include things like one free death, permanent health potions, modifiers that add new features to the world that give you access to new areas, and a variety of other things.

This encourages you to hack and slash your way through everything you possibly can so that you’re able to gather together enough cells to power your way through a new unlock before you inevitably die again.

The flow of gameplay due to this death mechanic is filled with ups and downs. You get hooked to it. After every death, you feel more prepared to get even further. You’re given more tools that tell you that this time will be different.

But with constant challenge from enemies, dangerous stage design, and tougher moments against bosses and elite enemies, it’s hard work to stay alive. I should add that 4 bosses are in the game currently and they are designed to be heartbreakingly challenging.

The Item Generation and Mutations Are Dead Cells’ Life Source 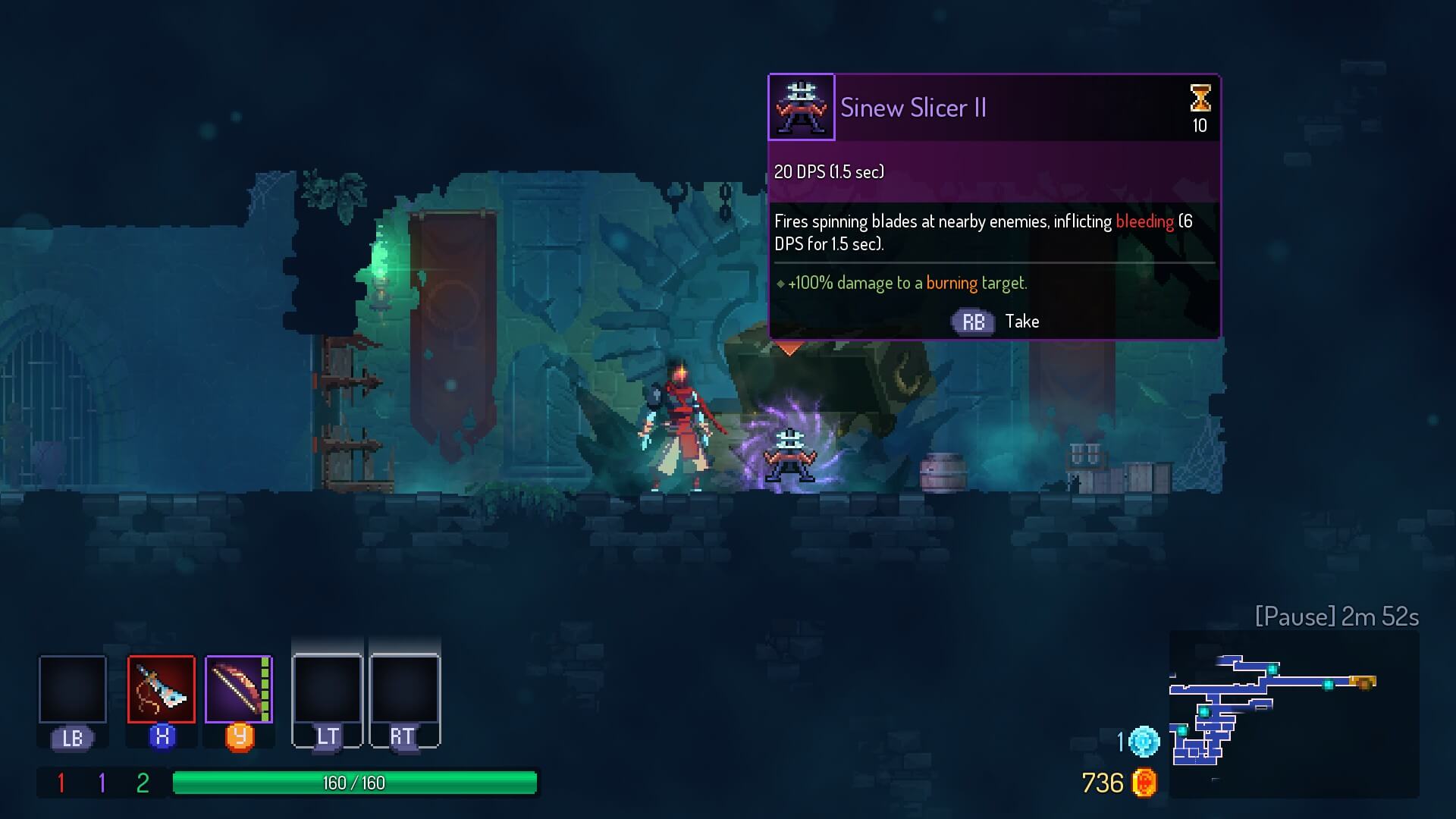 The items that you come across that don’t carry over when you die are perhaps the most important. You will constantly be on the lookout for new items, all of which are randomly generated.

There are melee weapons, ranged weapons, and shields. There are also skills, of which you can have two at a time. Skills include things like grenades, traps, and turrets.

When dropped, items in Dead cells are generated with random modifiers. Here’s a few I came across personally.

The item modifier list seems endless. Because what you find in-game is random, you get thrown about by Dead Cells a little bit at times.

You’re forced to make the best of difficult situations. Sometimes you’re given choices between items and they may all have unique traits, but they all have their pros and cons. The pursuit for better gear never ends.

You are also occasionally able to upgrade your gear and your base stats by picking up scrolls along the way. After each stage, you also get to choose one mutation that can add more modifiers to your experience.

As you play through, you constantly feel more prepared to progress further than before, but all it takes is one slip up to send you straight back to the beginning. 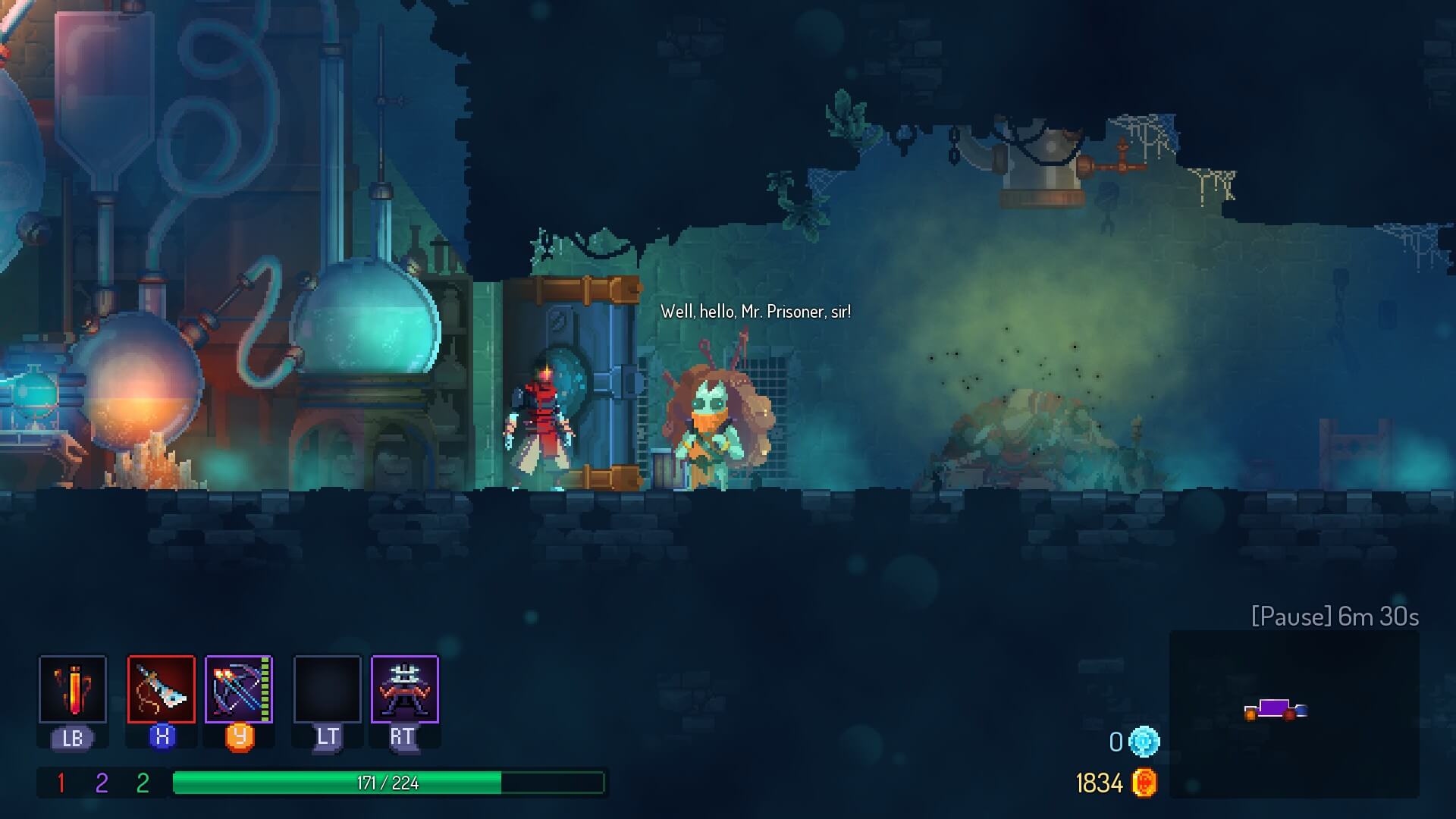 There is somewhat of a story in Dead Cells, but it plays a backup role whilst the gameplay takes center stage. What I will point out is that the developers have done a great job at building an immersive universe.

The art style and character design gives Dead Cells its own identity. You feel like you’re playing a fully fleshed out experience that has been put together by caring, passionate people.

What’s surprising about this is that Dead Cells is an early access game. This means that small changes are to come over the years, and that may mean more content, too.

Dead Cells doesn’t feel like an early access title. Some elements here and there could do with some small balancing changes, but that’s the extent of work that needs to be done in my opinion.

Dead Cells also has mod support on the PC, so if you want a different experience, there are mods that add things like ‘easy’ mode, increased enemies, new items, and balanced out gameplay in new ways.

If you like roguelike or Metroidvania games, you’ll love Dead Cells. It’s unforgiving at times, but the experience remains to be constantly rewarding and enjoyable.