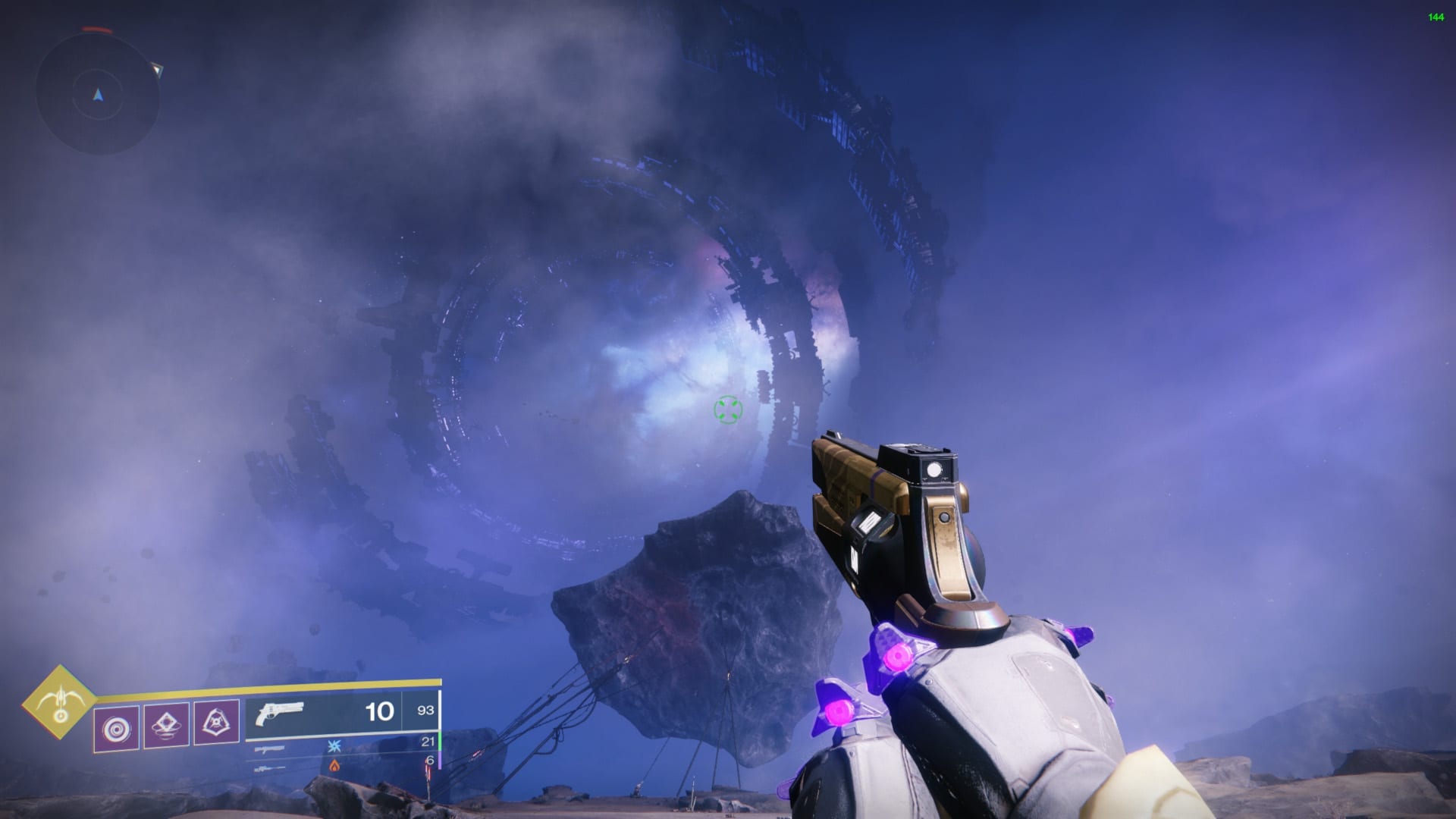 Destiny is a franchise with plenty of ups and downs. Developer Bungie has gotten itself into its fair share of controversy and community backlash. Some questionable, and sometimes shady, decisions have been made throughout the course of Destiny and its sequel. Both games have, thus far, followed a cycle: they launch with plenty of fanfare and a pretty coat of paint, but are as shallow as a rain puddle. Then, about a year following the initial release, Bungie drops a major DLC that revamps everything and breathes new life into the game. Us Destiny veterans hoped that Destiny 2 wouldn’t follow the same path as its predecessor, but when the game released, we were sorely disappointed.

Fast forward a year later and we have another major DLC, Forsaken. It aims to bring back the glory days of Years 2 and 3 of Destiny with sandbox changes, weapon loadout variety, and heaps of loot to chase after. Bungie even brought back random rolls, meaning that each piece of gear that drops means something because you might get a gun or piece or armour with the perfect combination of perks.

Forsaken is a new chapter in the lifespan of Destiny 2, both thematically and in regards to gameplay. As much I have enjoyed the campaign and exploring the new areas and activities, I can’t shake a disquieting feeling: this is how Destiny 2 should have been when it launched. With the vanilla game and its two expansions, I had very little reason to sign on and play (even in the first week of each respective launch), but Forsaken has this certain draw. It has the appeal that Destiny did during the Age of Triumph in April 2017. It’s hard to gauge what the longevity of this appeal will be, but I am more confident than I was with Curse of Osiris or Warmind. 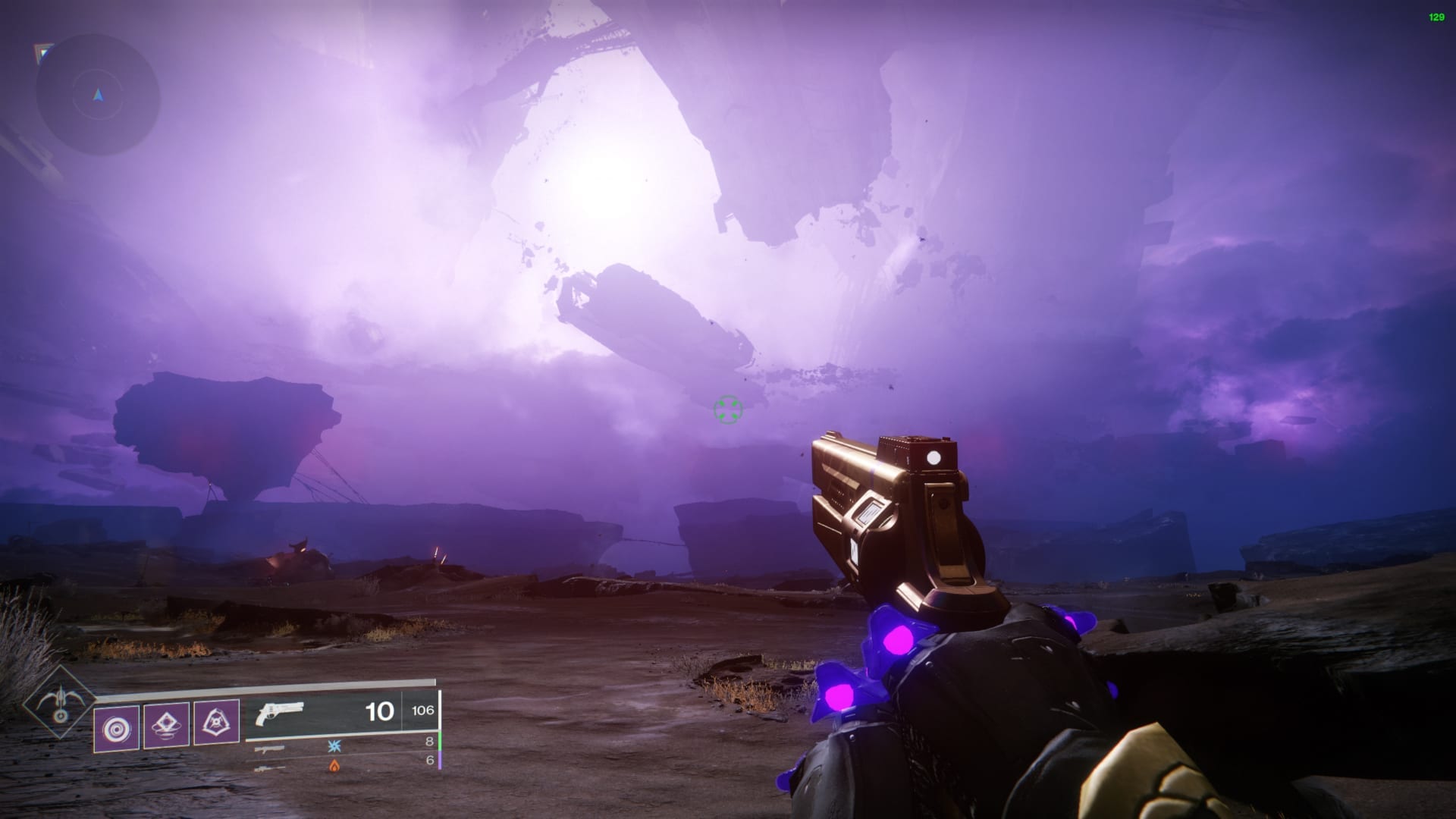 This review comes from the perspective of a long-time Destiny player (originally on PS4). I played Forsaken on PC starting at launch, but since it’s an expansion, I won’t be going over every single element as you might find in our other new game reviews. Elements such as core gameplay, graphics, etc have not changed.

Forsaken’s campaign is the best storytelling of Destiny 2 so far. I won’t spoil anything – beyond what’s been shown in marketing materials, that is – but the gist is that you are hunting down the killer of one of the most beloved characters in the game, Cayde-6 (voiced by Nolan North instead of Nathan Fillion, the latter of whom was not available to reprise his role as the robotic rascal). We return to The Reef, an eerie place in the Sol asteroid belt. It’s a gorgeous backdrop and veterans will have fun, since we didn’t get to see much of The Reef in Destiny.

It took me about five hours to get through the campaign, and that was with some frustrating grinding to get my character “powerful enough” to tackle some of the later missions. Like the vanilla campaign, it felt like needless fluff to make the experience seem longer than it actually was. You can take on those missions as soon as they’re available, but if you’re going solo, you’ll have a very hard time. But don’t let that short length fool you; Forsaken has only just begun. 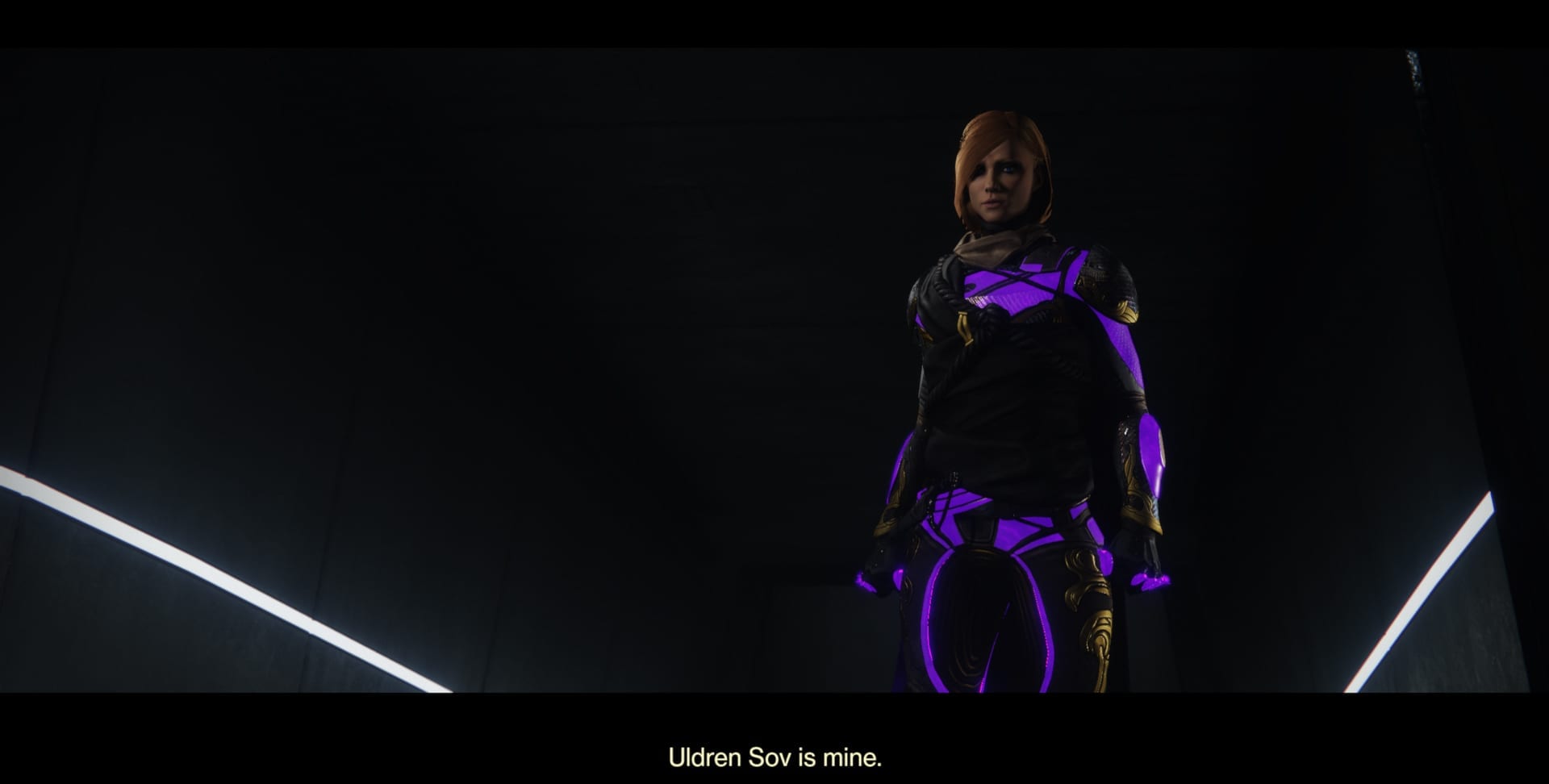 Destiny focuses on the endgame, whether it be grinding the area you get to after beating the final boss, preparing for the raid later this week (14 September), or working through some exotic quests. There is also the PvP arena to try with its own rewards and the new PvEvP hybrid mode, Gambit (more on that later).

I don’t recommend rushing through the campaign, but I understand if it’s hard to stop yourself. There was actually emotional investment to keep going, something that Destiny has sorely lacked for most of its lifespan.

At the core of Destiny is the pursuit of loot. Much like Borderlands, there’s always something around the corner. It will not always be new or better than what you’re using currently, but the quest for stuff is what drives people like me to come back and grind. Many of the drops I got weren’t too great once I hit the progression soft-cap, but with the addition of random rolls, I had to at least check out what each thing I got had to offer my character and play style — and make sure my Hunter looked fashionable, arguably the most important thing.

In Destiny, I ran the Hawkmoon hand cannon, a Longbow Synthesis sniper rifle, and an Unending Deluge heavy machine gun. Now, I use a similar loadout, going with the Ace of Spades exotic hand cannon, a sniper or shotgun, and a grenade launcher. It’s starting to feel like I’m back in Destiny again, though I miss Hawkmoon. What I’m getting at is that the game has opened up to offer each player the opportunity to create his or her own unique play style. You can still do this without Forsaken, but the DLC offers you tons more loot to try out. 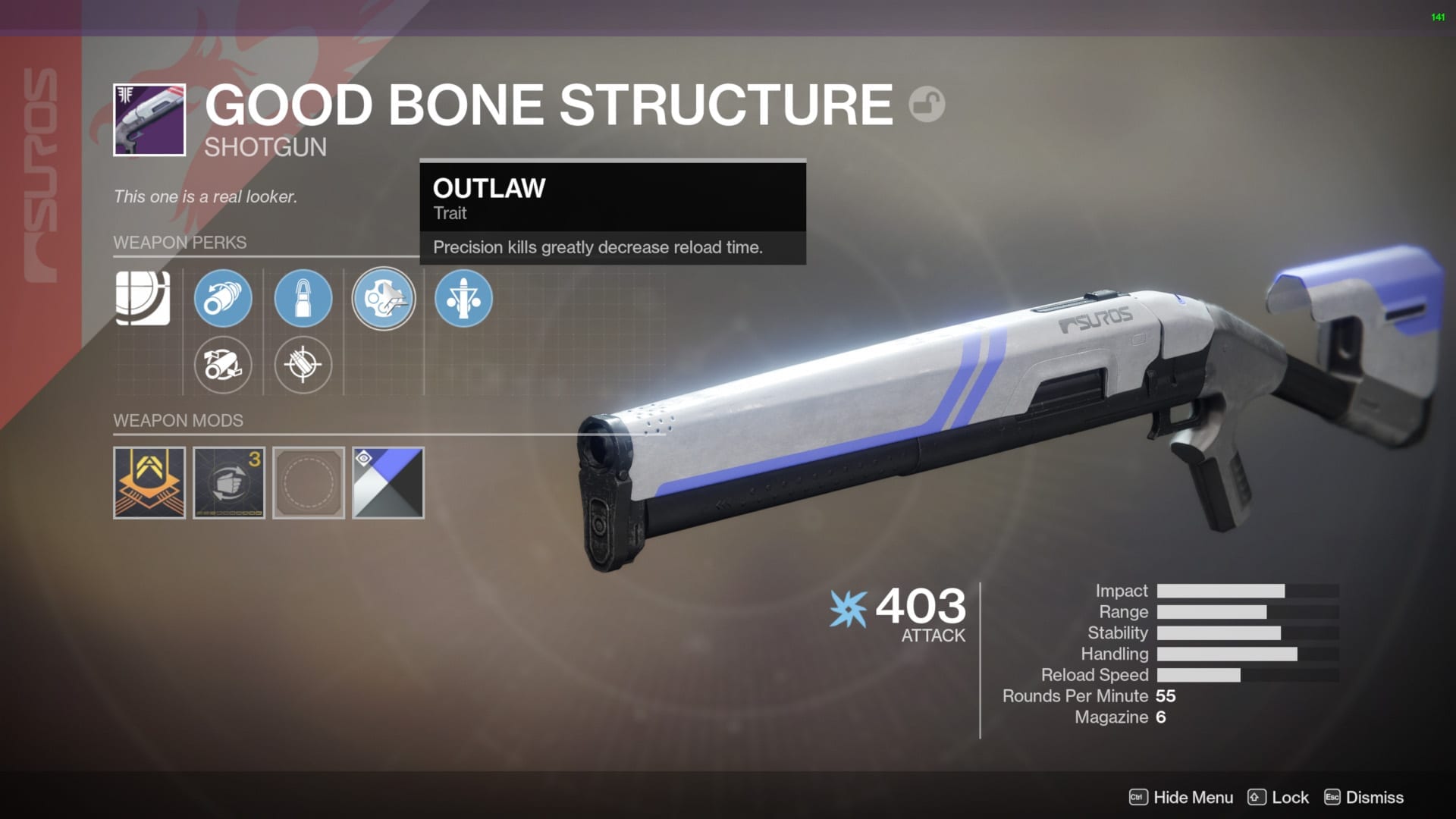 Random rolls are a breath of fresh air, so to speak. In Year 1, I’d instinctively delete every piece of gear after I already had one. Most of us did, frankly, since each weapon or armour piece had the same perks. That staleness is gone now, not to mention that the loot drops are much fewer now. There are also exotic quests to chase after, two of which are easily accessible once you finish the campaign.

Honestly, I was a bit overwhelmed with how much stuff there is to do now. From farming upgrade materials to grinding out PvP ranks, there’s a lot going on. Bungie also added in a huge list of Triumphs, which are basically achievements for different tasks or feats. Some are pretty easy, like beat the campaign, and others are much more involved and time-consuming. There’s that sense of variety again, something that Forsaken has thus far done quite well. 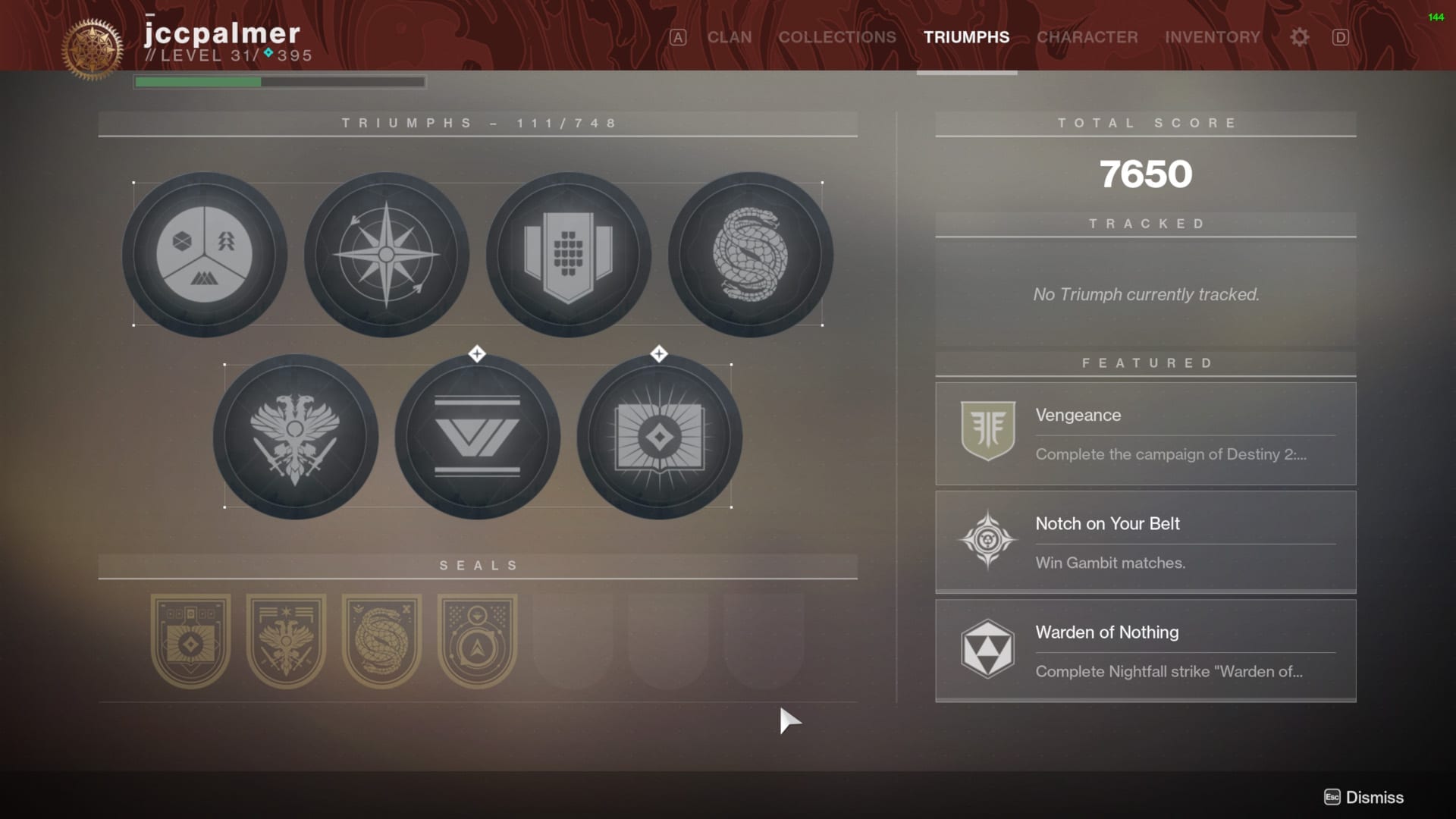 If you’re a compulsive completionist like me, then be prepared to put every other game on the back burner. Thankfully, most of the stuff to accomplish isn’t limited to this season (i.e the next three to four months), so there isn’t this sense that you have to get everything done right now. There are some time-gated Triumphs and such still, but don’t think you need to finish every single one in the next couple of weeks (unlike the very recent Solstice of Heroes event, which ended up being rather pointless except for glowing armour).

Before we wrap this part up, let’s talk about Gambit for a second. Perhaps one of the biggest highlights of this DLC, it’s not only a new mode for Destiny as a whole, but it’s unique among the the first-person shooter genre. The gist is fairly simple: two teams of four race to defeat enemies. When a player kills an enemy, it drops a Mote. The first team to seventy-five Motes summons their final boss, called a Primeval, and whoever destroys theirs first wins the round, best two out of three. 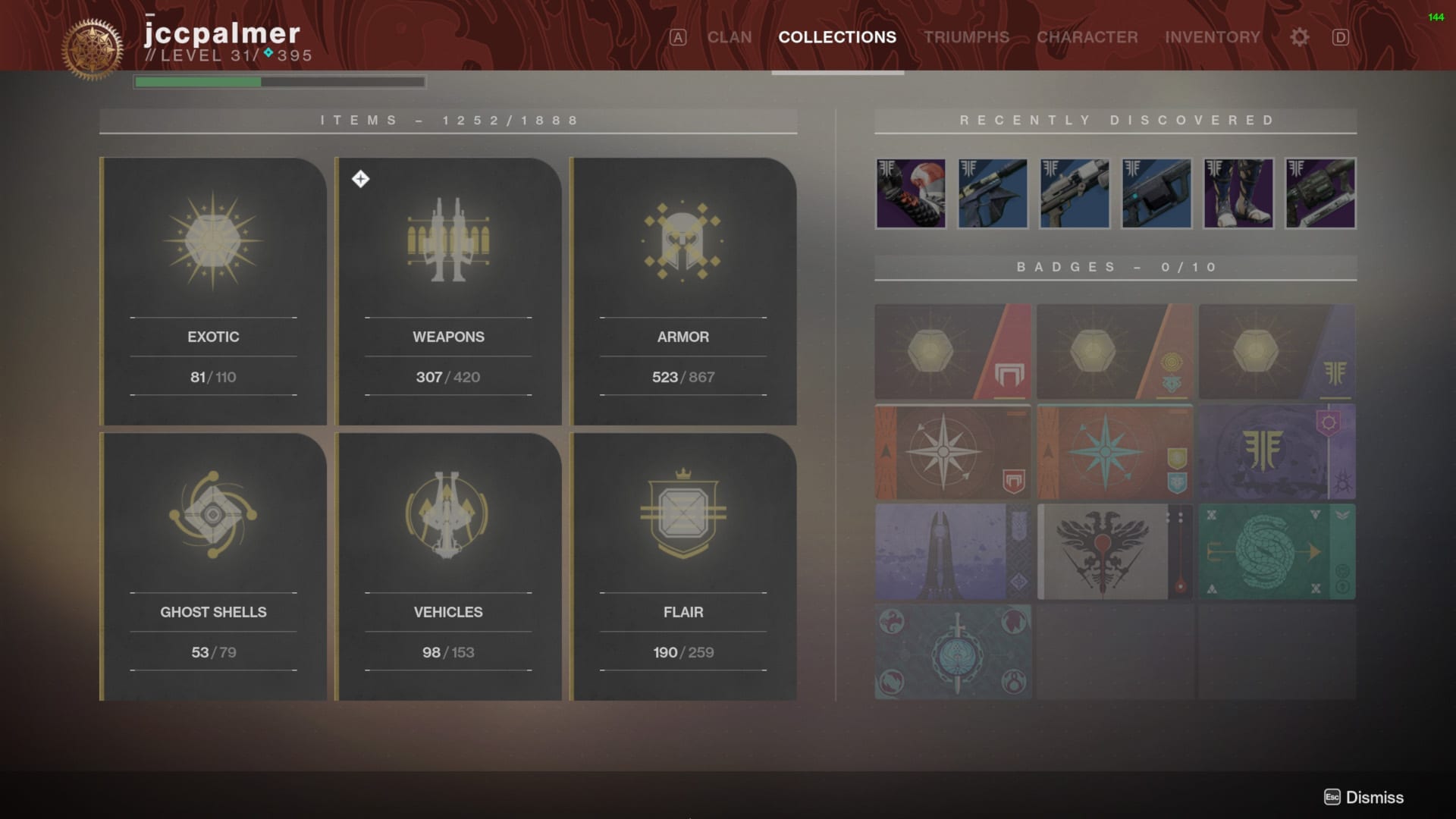 That alone would be pretty fun, but there’s more. Your character can hold a max of fifteen Motes, which you then deposit in the bank at the center of the map. Turning in these Motes, depending on how many you have, will send “blockers” of various sizes to the other team. These larger, more powerful mini-bosses keep the opposing team from depositing Motes until they are defeated, offering your team a chance to get ahead.

Finally, at certain points, a portal will open, letting one player from your team go to the other side and invade Dark Souls style (with a red aura and everything). The invader then has the chance to kill the other team using whatever means they have (Sleeper Simulant and cheeky Supers like the new Arc Warlock and Titan ones are very effective). Death either forces them to drop their collected Motes or, in a more devious fashion, it heals their Primeval if they’ve summoned it. The last part is especially mean and it can completely turn the course of the match. Be careful, though, because your team will also be invaded.

Gambit is a lot of fun, though there are some issues to work out. For example, if your team is in the lead, you’re at a supreme disadvantage. Think of the blue shell from Mario Kart. If you’re ahead and your team summons the Primeval, then you not only have to deal with that and the additional enemies that spawn, but the opposing team will continue to send over blockers as they deposit their Motes and try to catch up. That leads a whole lot of chaos, not to mention that they’ll be invading you more often as they bank their Motes, potentially undoing any progress that you’ve made on your Primeval. But for the initial release of such a new mode, I’m not too surprised that Bungie has some balancing work to do.

Bungie is selling this DLC as a revamped experience for Destiny 2, much like The Taken King was back in Destiny. To that end, I daresay that the company has delivered on its promise. It’s an excellent expansion, better than The Taken King was, and one that I’m happy to play. But every time I see a change, whether it’s the UI, random rolls, or whatever, I shake my head. This is how the game should have been at launch, and Bungie is asking a lot of money for new people to jump in and get this experience, at least at default prices. 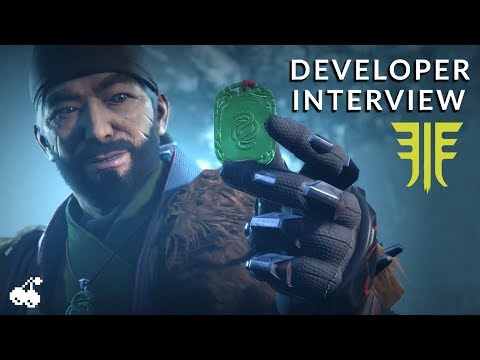 To play Forsaken, you need the base game and both expansions, which isn’t ideal, but there have been some great sales recently that make that less painful (especially if you’re a PlayStation Plus member). Forsaken alone costs £35.99, plus the £29.99 Annual Pass. Luckily, Bungie is running bundle deals, like Forsaken+Annual Pass for £59.99, or the complete Destiny 2 collection for £89.99 or so.

All of this leaves me with a sour taste; that’s to say, I don’t feel quite comfortable recommending that someone new to the game jump in right now, considering the cost to do so — I felt the same way with the original Destiny and The Taken King. Granted, if a great sale pops up again, then by all means, join us if you’re at all interested. And if you’ve already bought Destiny 2, Curse of Osiris, and Warmind and you’re on the fence about Forsaken, then to you I can safely say that it’s worth it.