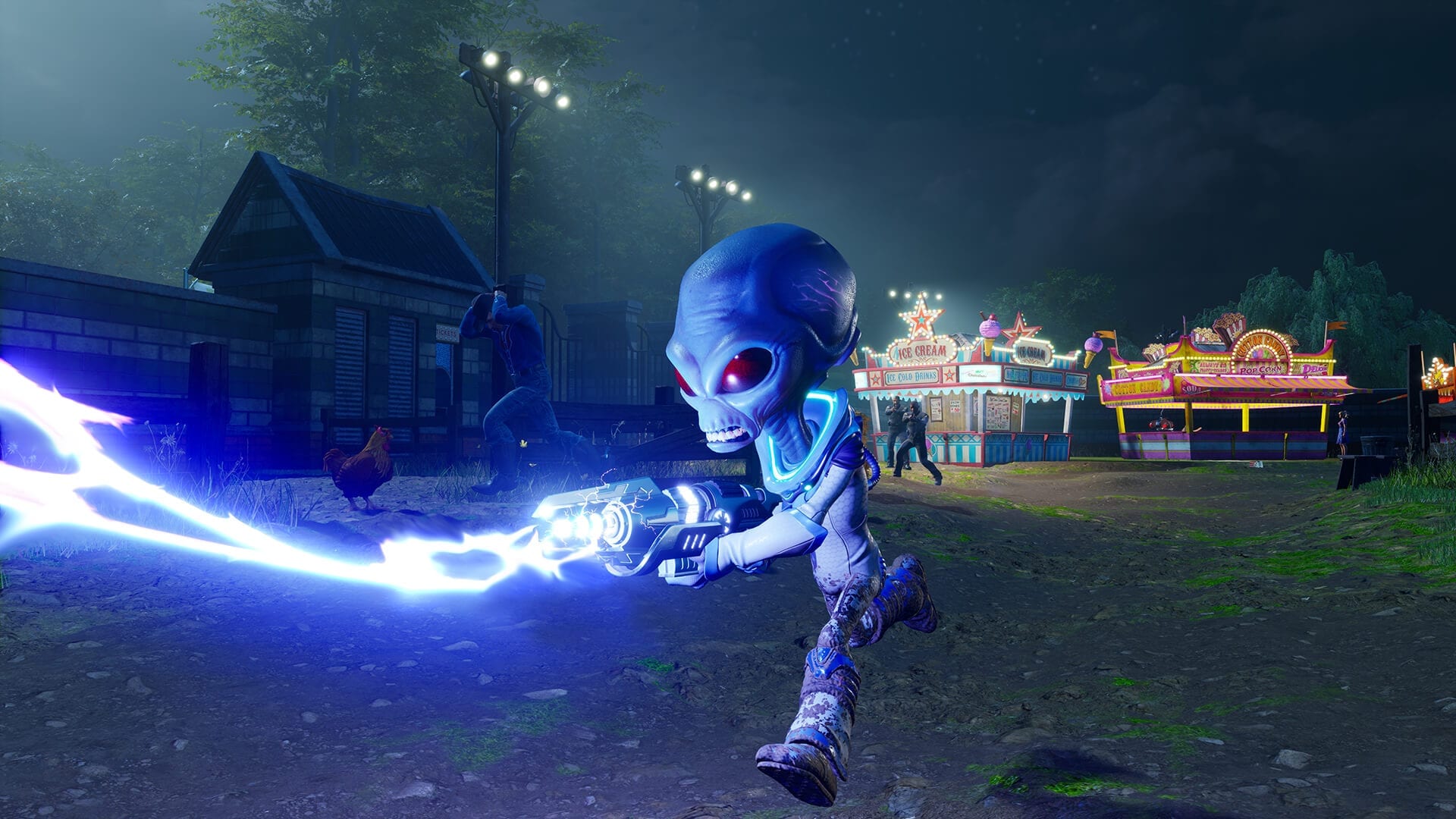 Nostalgia is alive and well in 2020. It’s hard to not see something in popular culture now that isn’t inspired by something from the past. Whether it be a remake of a popular move, the remastering of a game or the re-release of a music album – living in the present based on something from the past has never been more popular. It’s often the case that these remakes often fall short of the quality the original brought to the table, but Destroy All Humans! luckily breaks that pattern, and stands out as a fine addition to the video game market.

What makes Destroy All Humans! such a good addition is that it does not divert too much from the charm that the original game introduced. There’s a reason why the original version of the game is so widely loved (hence the creation of the remake) and the remake itself has kept so much of that charm. The comedy is still zany and organic. The storyline is still fluent and punchy. The controls are still manageable and sensible. It’s the full package really. The graphics look lovely as well, which is always a nice addition.

Enough has been changed from the original to justify the price tag for the remake. The FPS levels are fluid and allow for a very smooth playthrough, with no interruptions, slow loading times or glitches. The gameplay itself is rather simple, but that’s what is loved about this game. It does not have to overcomplicate things to make it enjoyable. It’s a blend of action, stealth and puzzle solving. The use of the Holobob allows you to take on the form of your enemies and sneak past guards. The Disintegrator Ray melts your enemies into flamey goo. The Anal Probe, well… you can guess what that does.

My only issue was that occasionally the camera was a bit hit and miss. The flying saucer scenes in particular were quite hard to control. Rather than rotating when you move the joystick, the saucer kind of strafes from side to side. This makes aiming the saucer’s laser beam somewhat problematic from time to time, but it’s not a massive issue – more of a minor annoyance. During one mission where I was tasked with destroying diners and scientists, there was an odd sequence where one scientist was still roaming around. I had to melt said scientist with the laser beam but he was seemingly invisible. The mission markers usually highlight where the characters are, but he had seemingly disappeared. After searching for around 10 minutes I was forced to restart the mission. It was rather annoying, but it is only a minor glitch that didn’t happen on the second playthrough.

Maybe Crypto is a little overpowered for a tiny alien. That would be my only little niggle about the game. There were many times where I was facing a formidable number of opponents, including tanks and attack mechs, but they were easily overcome by Crypto and his weapons. It was me against 20 soldiers and they went down so easily. I am not saying make it impossibly difficult, but a little more of a challenge when it comes to enemies would be welcome. It almost makes it seem as though stealth is not worth it unless you physically have to go undetected. You can just as easily power through all the enemies rather than simply sneaking past them. Again though, this is only a minor complaint in what is a very well made game.

Destroy All Humans! is such a welcome break from the real world right now. The comedy still holds up all these years after the original release of the game and the storyline is still very solid. The minus points about the game are only very minor in the grand scheme of things. I had so much fun replaying this and the graphics glow up to make the game look beautiful. It’s not a short game either, with many re-visitable challenges and collectibles to find, so you are definitely getting value for money. I highly recommend you give it a go.

Destroy All Humans! was reviewed on PlayStation 4.

Note: GameByte is currently working with Destroy All Humans! on a paid campaign which is not affiliated with this review. To protect the integrity of this review – and to ensure our writer hasn’t been influenced in any way, shape or form – we’ve ensured that this review and the campaign work have not been created by the same team members, or discussed with others in the team.