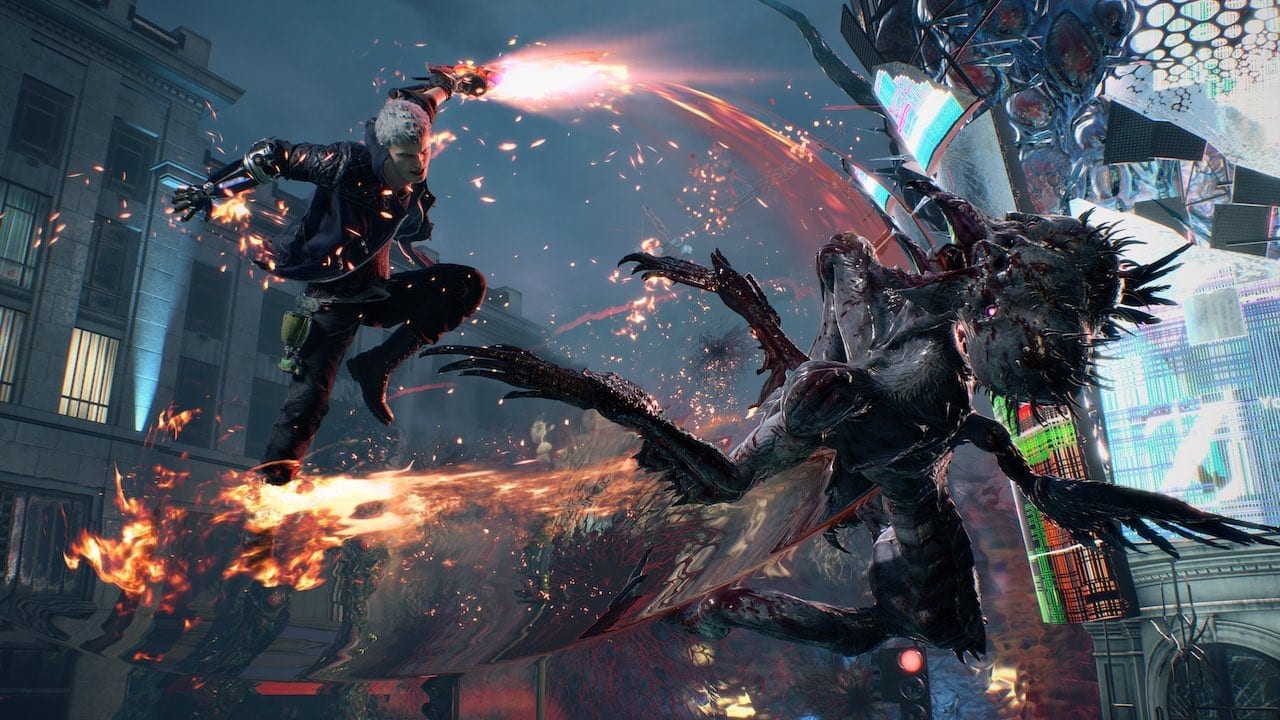 Devil May Cry 5 is one of the finest hack and slash games of this generation. I could spend an entire review building to that statement but it feels important to lay all the cards out on the table to begin with. You’re never far away from a cool moment, whether it’s through your own skills in combat or an over the top cutscene.

In many ways it’s the same Devil May Cry that built up a dedicated fanbase over the years. Dante and other series favourites make an appearance and new protagonist, V, is given plenty of time to shine. Having three playable protagonists to play as could’ve been awkward but instead each of them hold their own.

Capcom could’ve taken the easy route with them and have them behave and act the same. Instead they all have their own unique style and come with their own combos to learn. After all what’s a Devil May Cry game without over the top combos? 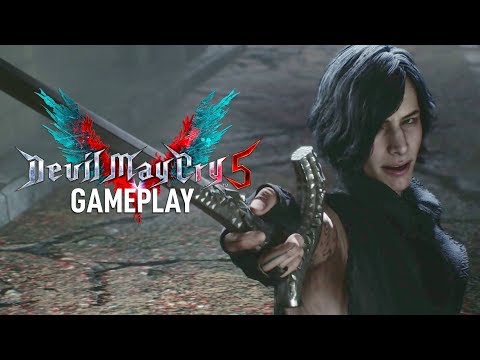 Nero’s Devil Breaker arms are collectables that you can pick up as you progress through a level or buy at certain points. Each have their own unique attack to help you in battle and all of them can be triggered to explode if you’re in a tight spot and need to regroup. V summons demons to do his fighting for him as he’s too weak to do much in a fight minus delivering the killing blow. It’s very different to what has been in the series before and looks spectacular on screen when all 3 demons are fighting for you and you’re pulling off killing blows. As for Dante? Well he’s Dante, he’s got a whole bag of tricks to kick demons into next week. Meaning you can really mix it up when fighting with him.

The combat is what you’d expect from a hack and slash game. Hit buttons to hit enemies and hit them in a certain order to perform combos. The ranking system helps encourage you to keep on fighting and dodging. Even if you can’t quite get the hang of it don’t worry, there’s no real penalty minus a few less red gems and a hit to the ego. Luckily red gems are fairly easy to find in the game, so it’s only your ego you need to worry about.

If you are struggling with combos or are limited with your hands then the developers have included a very easy to trigger auto mode. All you have to do is hold down the right stick to have it kick in. As someone that has slight pain issues in my hands I found this very welcome. When my hands were feeling fine I could spend my time fine tuning my personal combos. Yet when the pain started to kick in I could trigger the auto mode without having to navigate menus to turn it on. It’s nice to see a developer consider making accessibility so simple in their game. This along with decent sized text also meant menus and subtitles were much easier to read than most games.

The story of Devil May Cry 5 is full of awesome moments in cutscenes. The twists and turns aren’t the most shocking if you’re a long time fan of the franchise but they definitely show some razzle dazzle whilst making sure the story is good enough to keep you wanting to push forward. In the early parts of the game it felt a bit too stop start with cutscenes but later levels don’t suffer from it as much.

It’s a minor complaint, as are the issues with the online elements of the game. The idea that you can randomly match up with players as you battle through Devil May Cry 5 is cool on paper but it just isn’t utilised enough. Most levels you’ll see that a player is there and struggle to spot them. It’s not a major enough feature of the game to hinder enjoyment but it’s a feature that just doesn’t really feel like it needs to exist. That said when all the stars do align for it it’s great… it’s just a shame there’s not enough moments in the game that happens. It was also during online moments I had two soft crashes where I had to restart a section. Like everything listed in this paragraph though, it was all a minor annoyance rather than a glaring problem.

That’s because Devil May Cry 5 is a delight to play. All three playable characters are a joy to fight with, the enemy and level design is top notch and the attacks look more badass than ever before. Replay value comes from trying to best your rankings on levels and on harder difficulties whilst perfecting combos. Devil May Cry 5 has breathed new life into a franchise that needed it and I can’t wait to see what the team behind it does next.