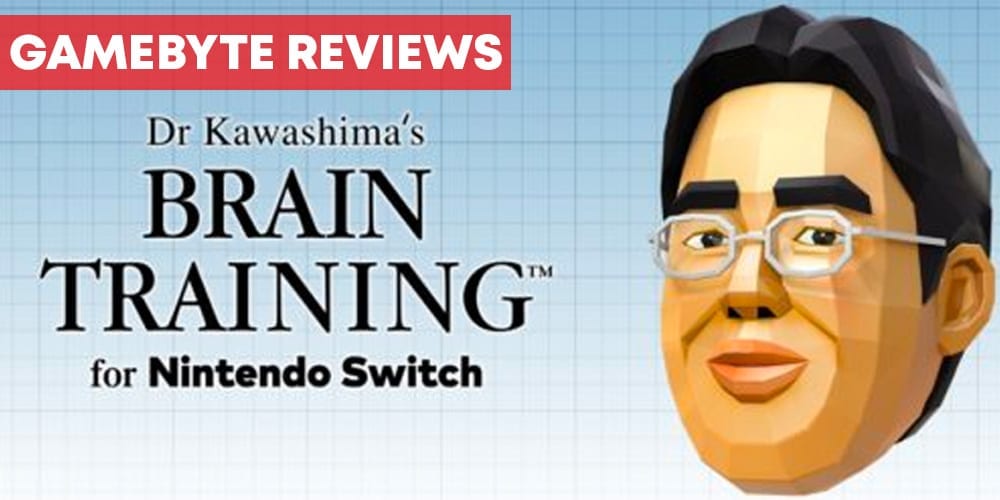 As someone who avidly played Brain Training on my Nintendo DS as a teenager, I was excited to find out all the exciting new additions the game would have thanks to its new home on the Nintendo Switch, and as soon as the game was available to buy I made sure I got my copy.

The game is definitely better to buy as a physical copy over digital download as you get a stylus included within the pack – however one downside to this is that the Switch was never created with a stylus in mind, making it potentially easy to misplace the handy tool if you’re prone to losing things (the DS’s came with an in-built stylus holder).

Aesthetically, the game is filled with nostalgia upon loading, and if you’re a returning player from the 2005 edition you’ll be greeted by your old friend Dr Kawashima and the interface will remind you of all you loved about the game before. Oh, and his icon hasn’t aged a day, so it really does feel like you’re travelling back in time.

While the popular features like the mathematic equations, word memory and Sudoku has returned, the game features new elements that involve the use of your JoyCon and even supports a multi-player function to invite your friends in on the fun.

The game is exactly what it says on the tin, and while it’s given me immense joy to have a routine game that I can spend a small amount of time on each day, there are a few issues I have with the actual training mini-games themselves.

One of my biggest issues, is that as a person who has been diagnosed with ADHD (Attention Deficit Hyperactivity Disorder), my brain doesn’t exactly work the same way a ‘neuro-typical’ person’s would. For example, my short-term memory is terrible even ON medication, so the fact that one of the three training games in order to determine your ‘Brain Age’ always includes a memory based question leads me to always attaining a less than satisfactory score.

There should be options within the game to declare whether or not you have a neurological disorder that inhibits you from certain tasks, and tailor the training to your own specific needs. At the moment, it very much feels like the game believes everyone’s brain is the same and therefore the Brain Age measurement will never be truly accurate enough to depict clear progress in the training.

I also found that when using the JoyCons to play the ‘Rock, Paper, Scissors’ element of the game, unless you’re in a well-lit up room, the device finds it hard to quickly respond to your movements – contributing to a lesser, inaccurate score.

If you’re looking for a fun game to challenge you and keep your mind focused and busy for a short period of time (because after too many training sessions per day, Dr Kawashima tells you to leave training and rest your brain), then it’s definitely a brilliant update on an already great game.

As far as a genuine tool to help ‘train your brain’, there’s still a lot more work to be done on recognising the individual user and tailoring the experience. The game may have had a 2020 re-vamp, but the core functionality and ideals it instills are still very much stuck in 2005.