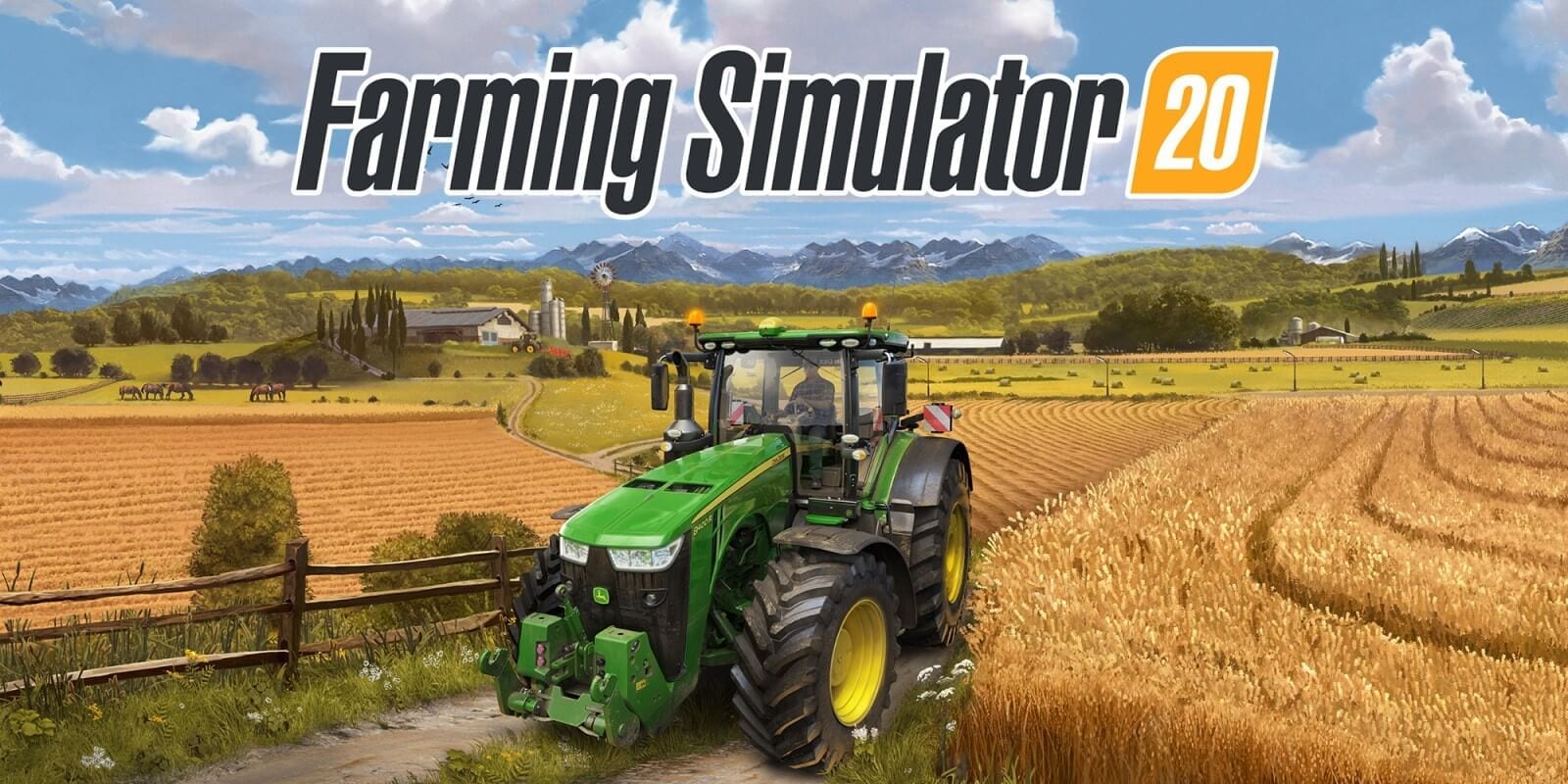 Don’t get me wrong, I’m no stranger to sim games and I’d been eager to test my skills as a fully-fledged farmer to see if 200+ hours of Stardew Valley had prepared me for the big leagues. (Spoiler alert: it hadn’t). Farming Simulator 20 definitely isn’t a social farming game – and it comes with a steep learning curve for new players.

I quickly discovered that Farming Simulator 20 isn’t the sort of game you can jump into blindly. This is a hardcore management sim, and it’s not for the faint of heart. The game starts with a tutorial option which I gladly opted for. The tutorial teaches you the basics, but it’s very, very bare bones stuff. I learned how to harvest crops and swap between vehicles, employ staff and the like, but although it taught the mechanics it didn’t really teach me how to play the game.

I got the concept of farming, sure, but when it came to certain places requesting certain types of crops, or when it came to purchasing new upgrades, animals and general selling-and-buying. Yeah that was all new territory.

Having since checked out some videos of previous Farming Simulator games (specifically Farming Simulator 19), there’s quite a few initial differences. There’s no character customisation options when you jump into the game, no options to leave your vehicles and wander around as a human from the start, and no options to choose a different farm when you first boot up a save file. These omissions left it feeling less like a game and more like a chore at times.

I desperately wanted to be a farmer from the get-go, but I was just a range of vehicles, swapping from tractor to truck when needed and not yet getting to explore the world as a person.

The buying options are also incredibly confusing for a Farming Simulator noob. Expanding for more details on a new add-on for one of my vehicles would give me a generic explanation of what the item did, without telling me how it improves on what I currently have, or why another model is three times the price. A lot of purchases I made were me just hoping I was getting the most bang for my buck.

There’s also no tutorial mode to teach you which vehicle add-ons are for which vehicle, an area in which the game’s “Help” menu is also incredibly un-Helpful. At a time when accessibility in all its forms is a huge part of the video games industry, I think the game would hugely benefit from a hand-holding mode just to get the ball rolling.

However, once you’ve pushed through the mechanics and get to the actual core of the game, Farming Simulator 20 is an addictive management sim that’ll keep you coming back for more.

The seemingly endless purchase options are something of a huge selling point for this game, and for seasoned players there’s a veritable treasure trove of new vehicles to unlock. As a new player it left me a little lost, but if this is a franchise that’s right up your alley then the massive number of options is going to be jaw-droppingly impressive.

I was surprised at how much of a therapeutic experience Farming Simulator 20 was. Tending to my fields and harvesting crops was a soothing, albeit slow-going, process that was easy to lose myself in. It was only when having to leave the fields to store or sell what I’d harvested did I feel like the grind was real.

Without a task list or any goals to meet, I spent a lot of time just repeating the same menial tasks before deciding to venture a little further outside of my comfort zone. The pace at which the starter vehicles move makes exploring the map tedious, though of course this just pushes you towards unlocking better vehicles and a horse.

Graphically, the game looks pretty solid on the Switch. I experienced a couple of texture popping issues and some clipping, but nothing that was too jarring in the overarching experience of play.

Size-wise, there’s been a significant upgrade in terms of the size and scale of the fields, as well as the map in general. When comparing this map to previous Farming Simulator games, it’s clear that size has been a huge priority, which is great to see.

All in all, if you’re already acclimatised to the world of Farming Simulator, then Farming Simulator 20 will offer you a whole new world of play, complete with more vehicles than ever and lots of on-the-go fun. This is arguably one of the best series for a pick-up-and-play session, making the Switch the ideal home.

The grind is real, but there’s also a lot to be gained if you have the time, the patience and the know-how. For those new to the series and looking to give it a try, be prepared to be flung into the deepest end of management sims.