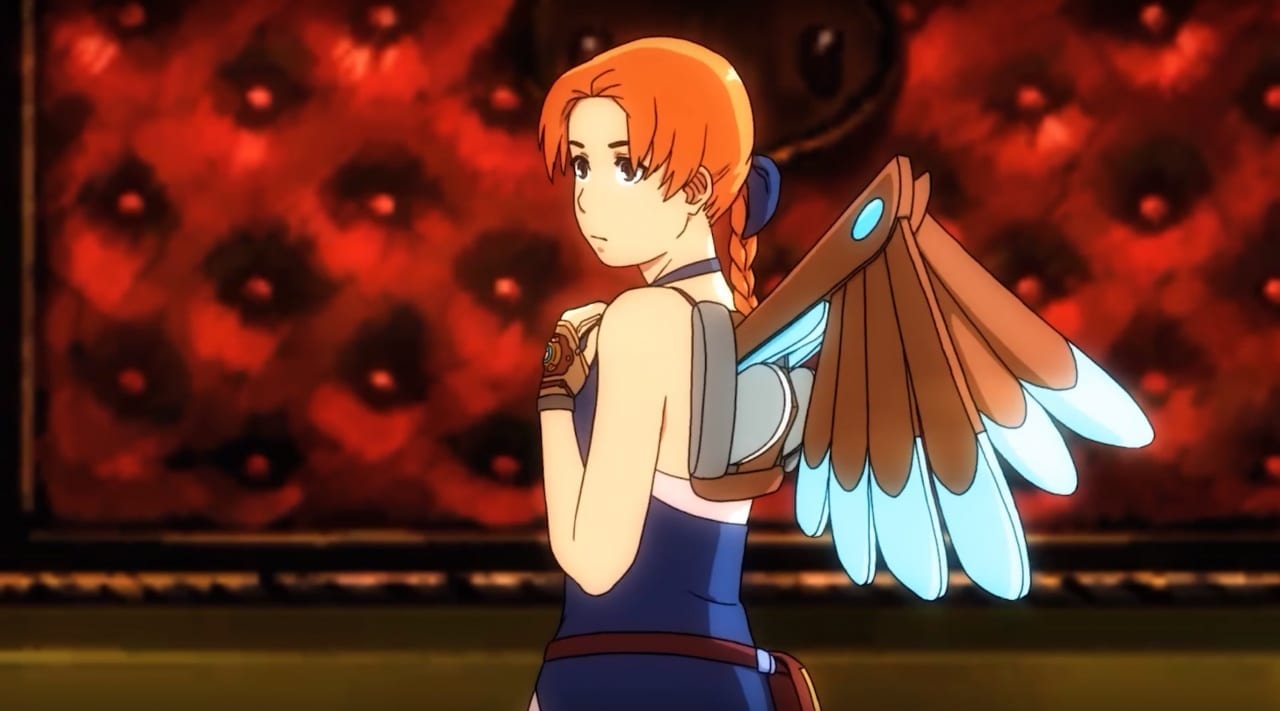 Yes, that’s right – Forgotton not Forgotten. This platformer from ThroughLine Games is a little odd, and more than a little different. You can tell as soon as you start up the game. After a charming entry video we find out that we are not going to play in the world we are used to. 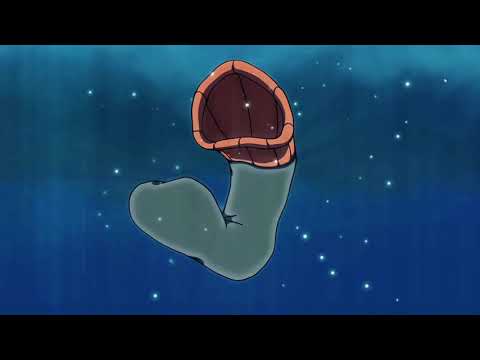 A very handsome lost sock introduces us to another world, one where lost and forgotten everyday objects come to life. Quite a sophisticated life at that – we watch the sock that accompanies us down to its new world be sorted and assigned a job at a plant.

We don’t play as the sock though, we play as one of the few humans that live in this world – Anne.

We are thrust into a darkened apartment with little to no information about what’s going on. This puts us on the same level as Anne, who also has no idea what happened. When she wakes up, she finds that a power outage seems to have struck her home and many more locations she can see from her balcony.

We then take over and have to restore the power in order to talk to our mentor. We find out that there is a rebellion going on…and we are the enforcer who is supposed to stop it. One of the first things we do is decide whether or not to murder a rebel – a red scarf with a British accent. I decided not to, and let the little devil escape.

The game immediately evokes a name with its charming looks and cute animations: Studio Ghibli. The Danish development team isn’t quite the same as the universally beloved Japanese studio when it comes to their cinematic sequences, but the game itself is as charming and pretty as they come.

The time playing is split between actual interactive scenes and cinematic sequences. There is a noticeable difference, animation-wise, but both types of element fit together very well and create a beautiful experience for the player. 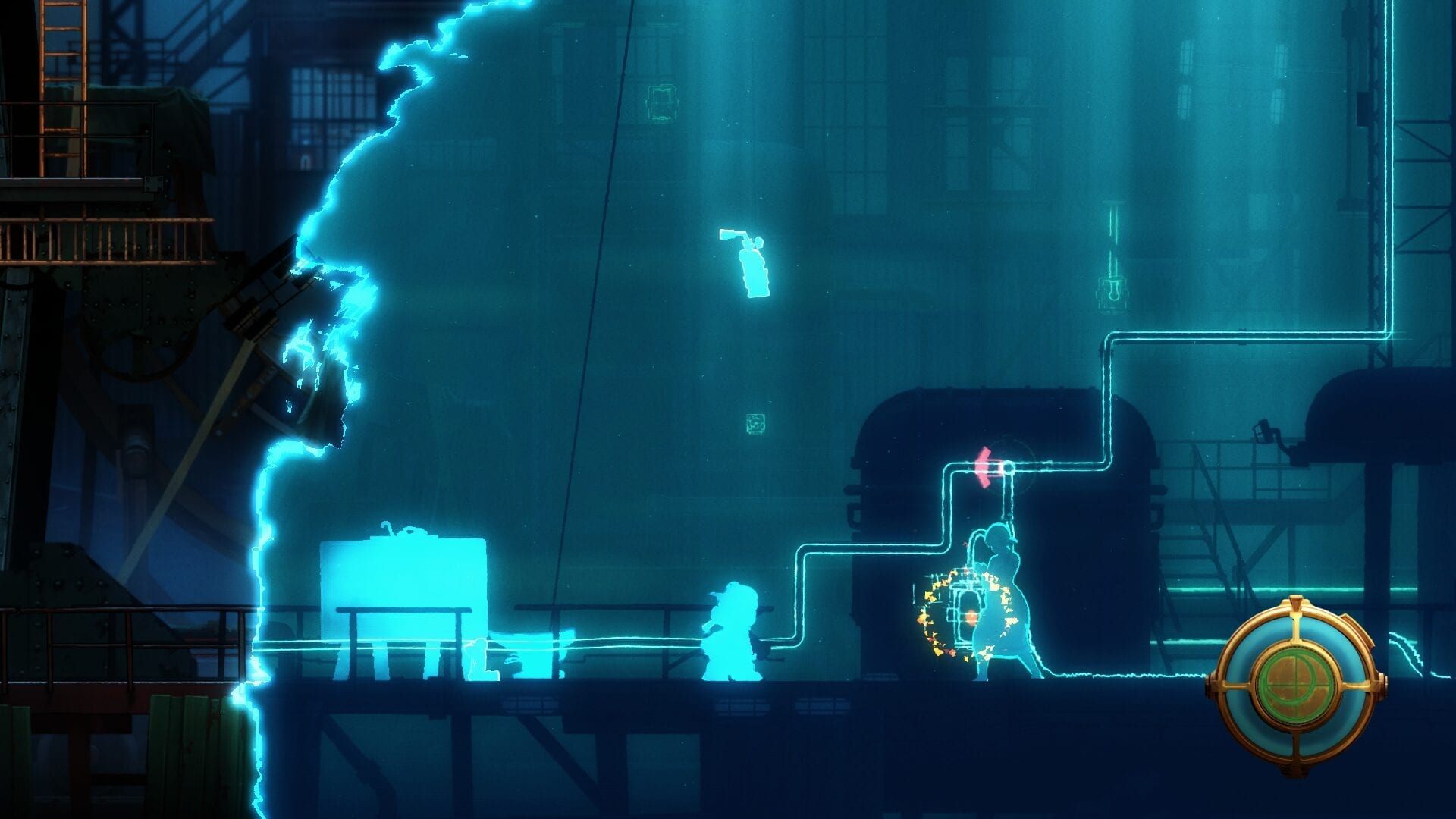 The closeness to Ghibli isn’t an accident – several members of the dev team actually worked and studied in Japan for several years. The characters and art are particularly similar to Howl’s Moving Castle and Tales from Earthsea, but they are distinct and unique enough to draw a smile from the player. 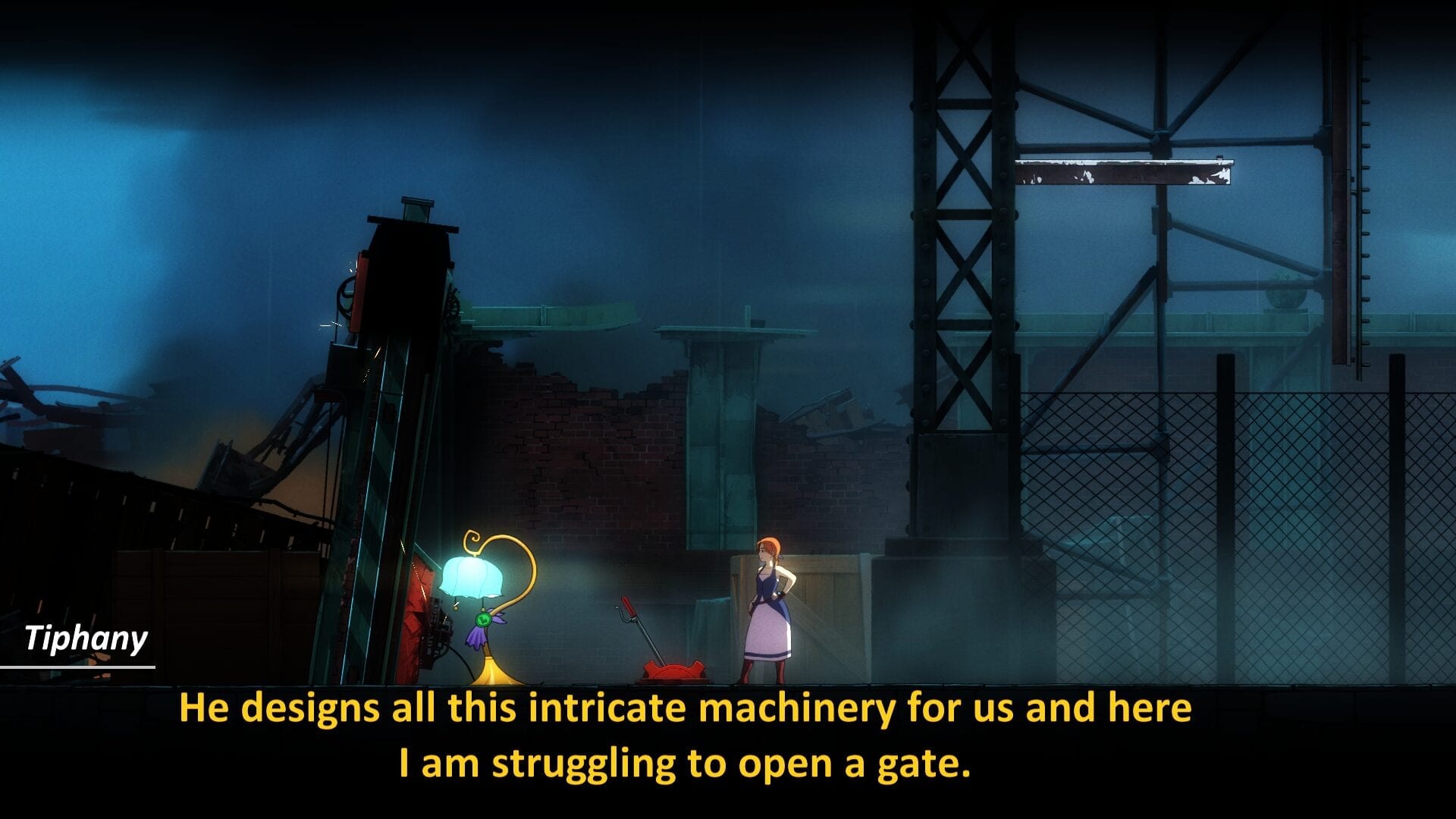 The game is essentially 2D, and as such has forced perspective – we don’t get to move our camera around, it follows Anne and, depending on what we do, zooms in or out automatically. This doesn’t interfere with gameplay, but it can feel a little forced at times – thankfully, there is plenty of pretty scenery to help us ignore this.

The voice acting and sound effects of the game are great. While some of the characters have interesting accents – have you ever heard a scarf with a British accent? I now have! – the conversations are a pleasure to listen to and the music compliments the scenes well too. Despite all this, the game can feel quiet at times. During many sections, there is no background music at all, which is a pity, because where the makers did put it in, it’s great. 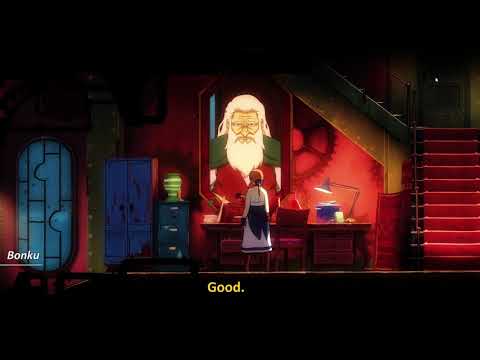 As mentioned, the game is made up of actual gameplay elements and cinematic scenes – while those always have background music, we explore our home in almost complete silence for example. 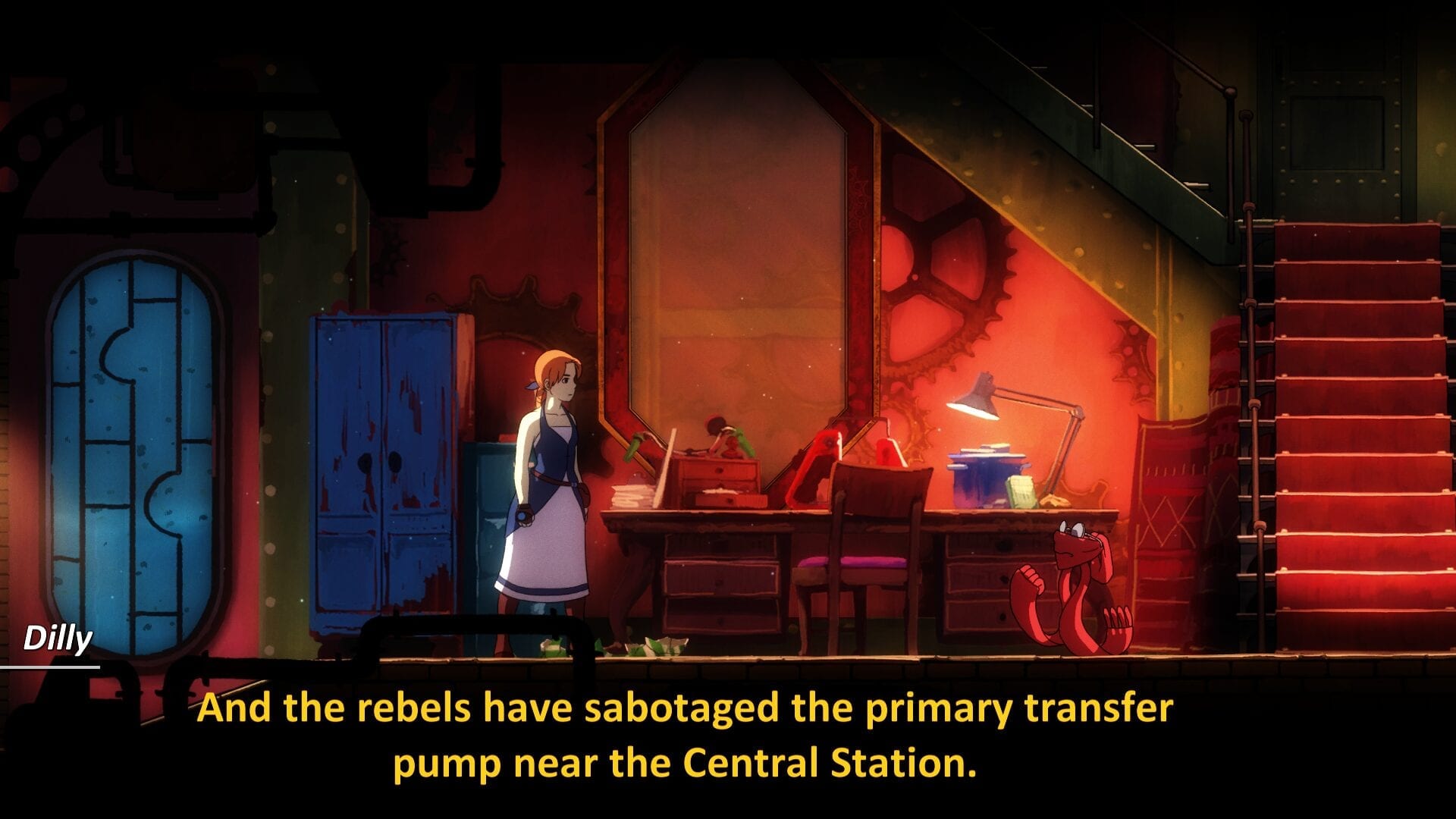 The music definitely sounds like it was composed more for a movie than a game, though this is not a bad thing at all, it simply influences the mood of the game. While music, sound effects and voice acting always plays a big role in creating the mood and evoking certain reactions, this game occasionally places emphasis in the wrong place. While I loved the sounds and music of the game, I sometimes felt that it was a little forced.

We are given very little info – none at all really – when we first click the play button. It starts off with a video sequence, of which there are lots throughout the game, and when we finally meet our character and take control of her, we receive a tutorial on how to control Anne while we play.

Instead of having just one button to accomplish something, most if not all possible actions such as interacting, jumping, running and sprinting come with multiple possible controls. While the controls themselves aren’t overly complicated, the fact that we are given multiple options at once can get pretty confusing. The instructions appear the first few times we perform a certain action, at which point we no longer see the hints. 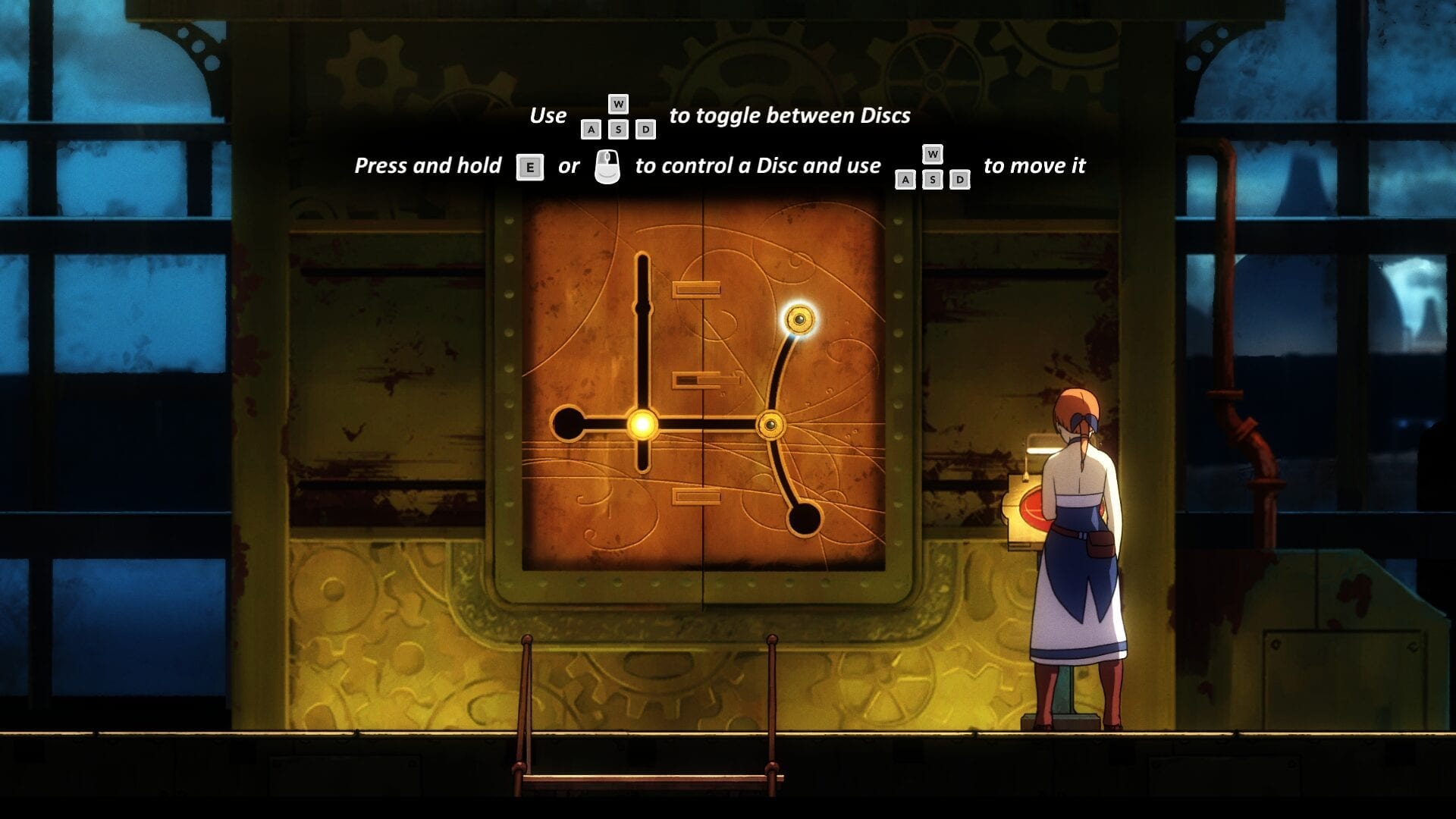 The controls themselves are solid, and not difficult to master as such, however they can take a little while to get the hang of. An example is moving around – while the WASD keys are standard for moving, if I want to use, say W to walk up a flight of stairs, the game can be pretty unforgiving in whether or not it recognises this. If I don’t stand in the exact right spot, it won’t understand what I’m trying to do.

Though this takes a little getting used to, it’s definitely not a big issue, more of a minor inconvenience. For players new to this genre, the lack of direction could be a bit of an issue. While we know for example, that we need to reactivate the communication system and then go to the watchtower, we are given no info on how to fix it, or where to go. This is found out by exploring. 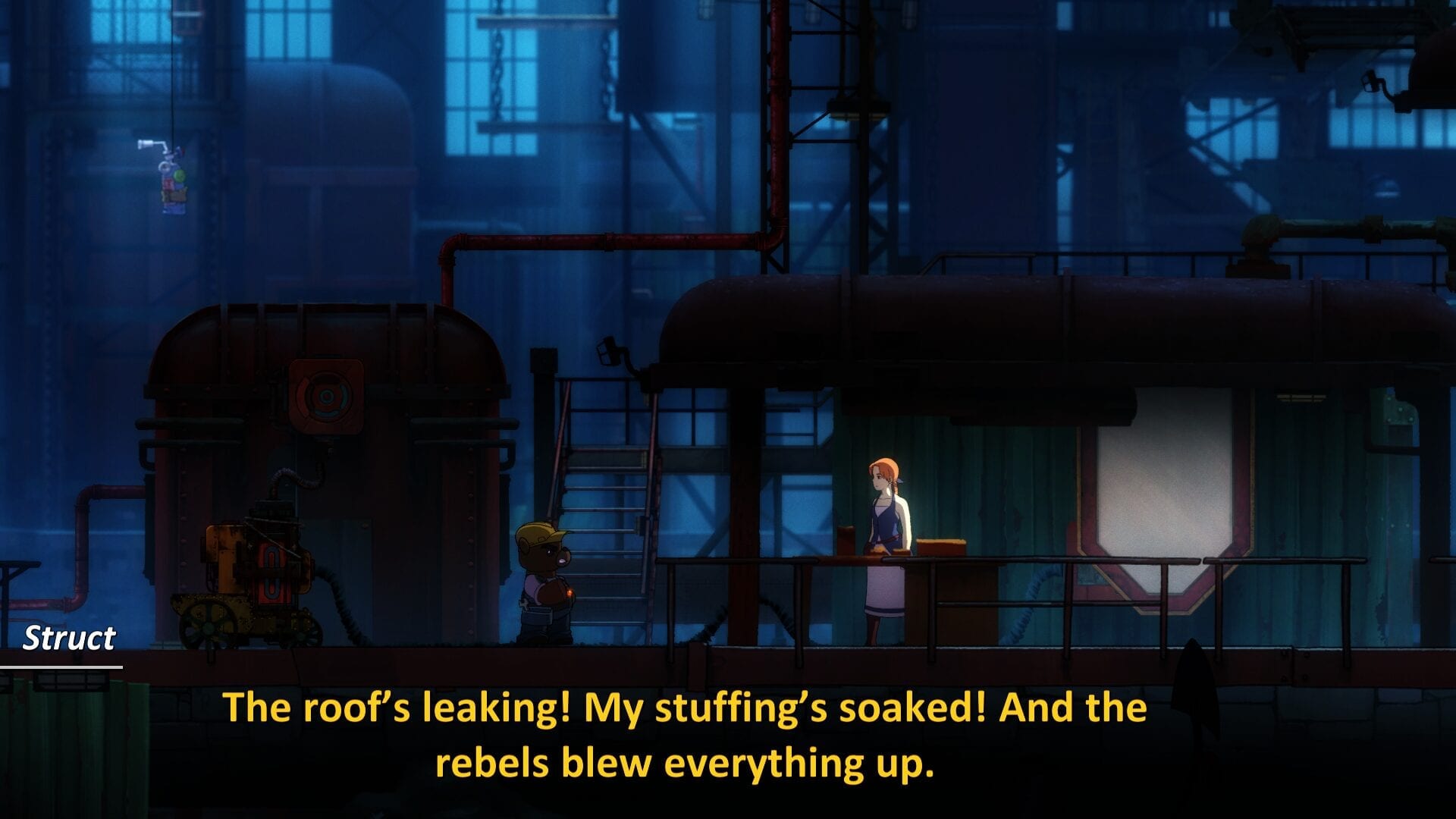 Because the game itself is held in somewhat dark colours, it’s easy to miss for example a door or ladder that leads to a new area. While doors and items we can interact with get floating tooltips, ladders, stairs and ledges do not – finding them is mostly trial and error. This can be a bit frustrating.

The game is absolutely beautiful and has very few flaws. I found the soundtrack compelling but not perfect in some places, and while I loved the video elements, I found the noticeable difference between them and the actual gameplay a little odd.

The controls are great and easy to use, but between pretty confusing tooltips and easy-to-miss ladders and items, the game can get frustrating for casual players or those looking for an easy, straight-forward game.

The story of Forgotton Anne is absolutely great – we explore a hidden world filled with (beautifully) animated forgotten objects hoping to be rediscovered. Nothing is too bizarre or odd – there are lots of socks, tables, even the odd lamp and helmet. All these items are sentient and most of them are charming, whether they are rebels or not.