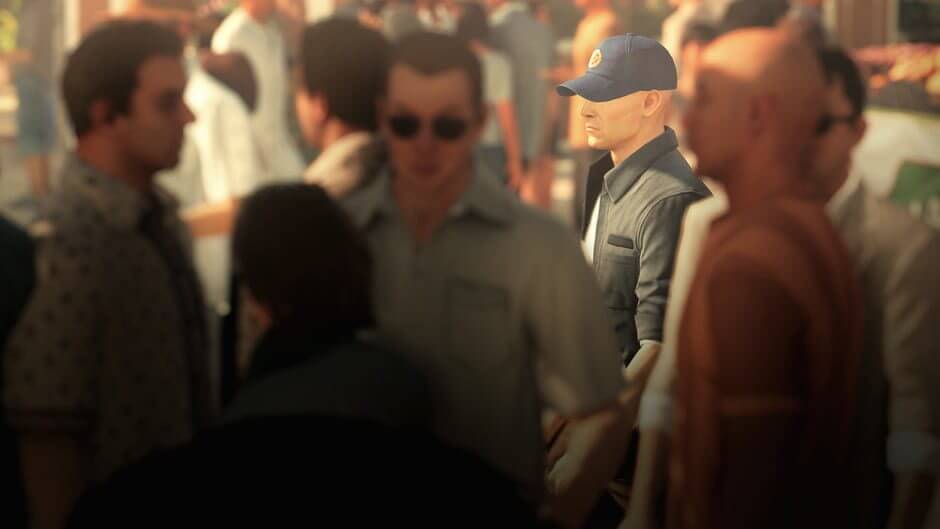 The latest and much-anticipated entry in the Hitman series promises a lot. Countless new locations, new gameplay elements, new weapons and, of course, new kills for Agent 47. All in all, Hitman 2 aims to be everything fans love about the franchise… and more.

The game is broken into sections. Each of these are known as a mission. Missions take place in a huge area which is more or less an open sandbox world. Whilst you won’t encounter load screens at doors, you will run into disgruntled guards that won’t let you through until you wear the appropriate outfit… whatever that may be. Trust me when I say that there are some real clothing gems buried in Hitman 2. As Agent 47’s handler Diana says in the game: I’ve always thought pink was your colour, 47. – Turns out, she’s not wrong. 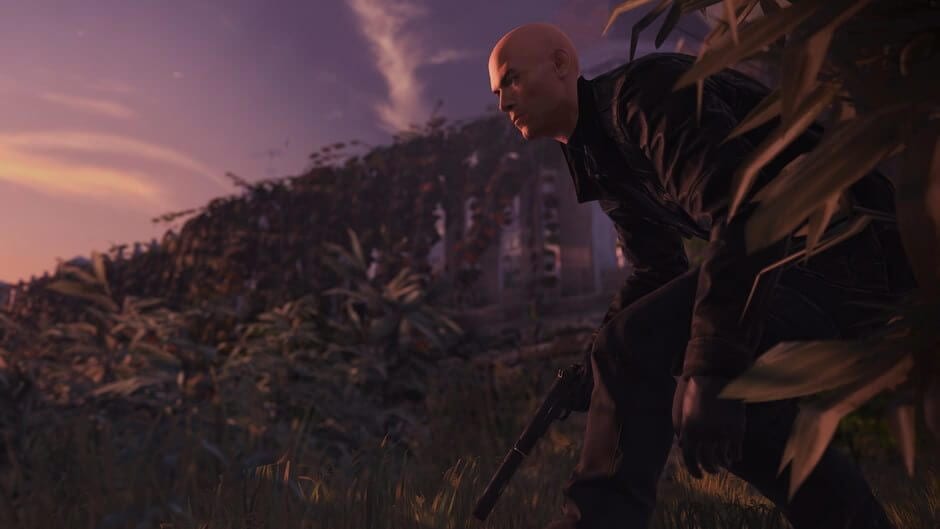 Hitman 2 throws us into an invisible war – a world behind the one we know. There is everything you need for a good spy thriller. A shadow client, a secret organisation that pulls the strings behind major events and, of course, plenty of people the world would be better off without. That’s where Agent 47 comes in, of course.

His origin is still a mystery, we know that one of the men in play is a childhood friend of our protagonist… and he remembers everything about the lost past that Agent 47 has been trying to remember with little success. 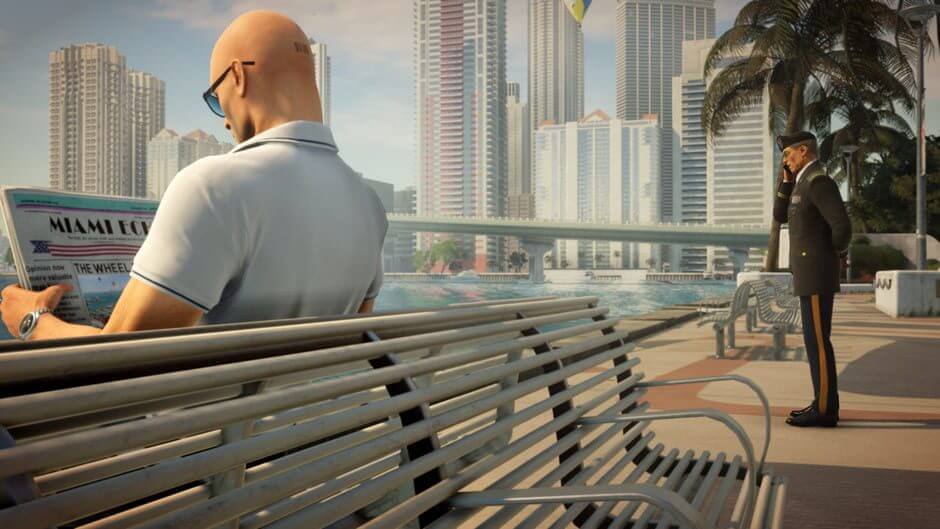 While the overall idea of the story is to reveal more about 47 himself, the individual missions are a thing of their own. They are loosely connected but individual enough that they each have a very different ambiance, environment, and setting.

At first glance, Hitman 2 is stunning to look at. The environments are crafted with such attention to detail it would be easy to simply get lost running around and exploring. Since the missions are set in sandbox environments, this isn’t all that outrageous either – there is more to explore and do than ever before. 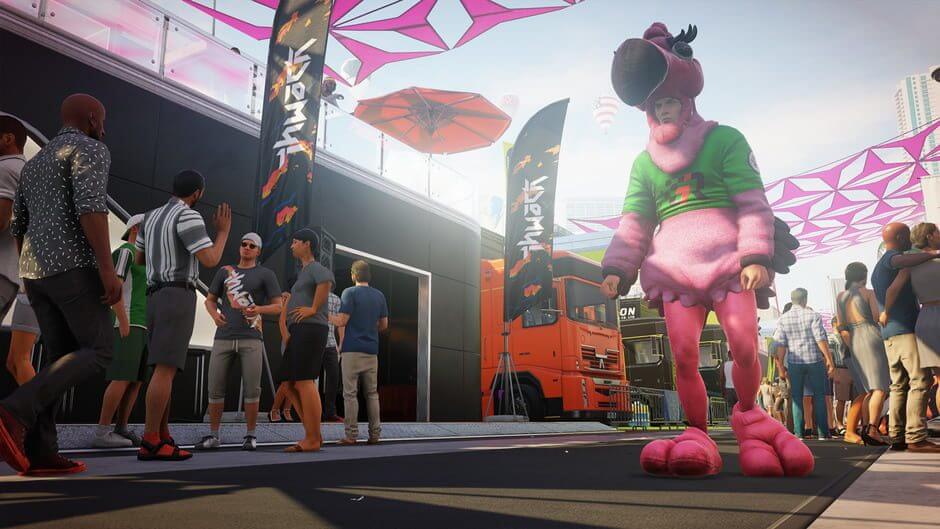 Although the environments may be beautiful the game does have a major flaw visually, and that is its characters. While they look good enough while holding still, their animations are clunky, awkward and look a touch dated. I’ve seen smoother animations in games several years old, and that does hurt the game a little.

Another, smaller issue is font size. If you sit even a little ways away from your screen, there are several areas in the game where you won’t be able to read the text presented to you. Certain text elements are so small they may actually force you to get up and get closer to the screen!

Despite the issues it may have visually, sound-wise, the game is spectacular. From atmospheric background noise to voice-acting and even sound effects, there is nothing to complain about. In an early mission, the player can pick up a squeaky toy and tossing it actually makes the appropriate noise – no expense was spared here. 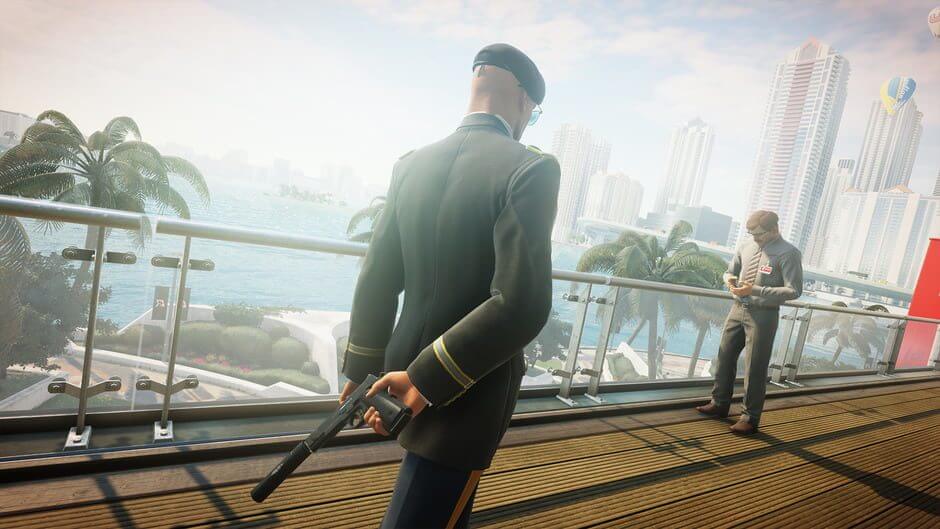 The background music is well-chosen too – subtle, without fading away entirely. Given that listening for sounds and intel is a big part of the game, it’s a good thing the developers got this right!

As a matter of fact the random lines spoken by bystanders are one of the most fun parts of the game – from valley girls noticing that 47 is ‘remarkably tall’ for a supposed race driver, to scientists claiming that ‘that guy looked a little tense’, listening to the nameless masses is great fun in its own right.

How does the game play though? A lot of the play-time is spent walking, sneaking or creeping around. Using the controller for this feels natural. The only time this is not the case is when shooting a gun – aiming with the joystick is imprecise and takes some getting used to. 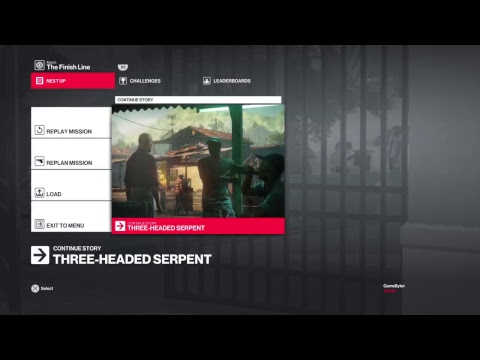 Other than that, both gameplay and menus feel intuitive and are easy to navigate. One of the best aspects of the game is definitely the sheer variety of ways you can kill your targets. The locations are open, huge, and there are dozens of different, specific ways you can get rid of your targets. From poison to guns to dropping giant disco-balls on them or offing them during a drinking game, the options are as varied as they are often ingenious.

The same goes for the disguises we have all come to love in this franchise. Whether you would like to dress up as a giant flamingo and beat a war profiteer to death with a coconut, or whether you prefer staying in a snazzy suit while sniping a criminal’s daughter right as she steps onto the winner’s podium at the Grand Prix…well, it’s all up to you really!

Overall, Hitman 2 delivers on most of what it promises. Complex missions, interesting environments, dozens of ways to resolve individual eliminations. With overall solid controls and well thought-out mechanics, the only major issue with the game is its character animations – blocky and wooden movements detract from the attention of detail that was put into the rest of the game.

Hitman 2 is definitely worth picking up, both for fans of the games and those who want to become fans. It’s a fun experience with different difficulty settings that let players adapt the experience to their liking. The game has a lot of replay value, given that the player can complete their kills in so, so many different ways. Meaning you’ll be coming back again and again.