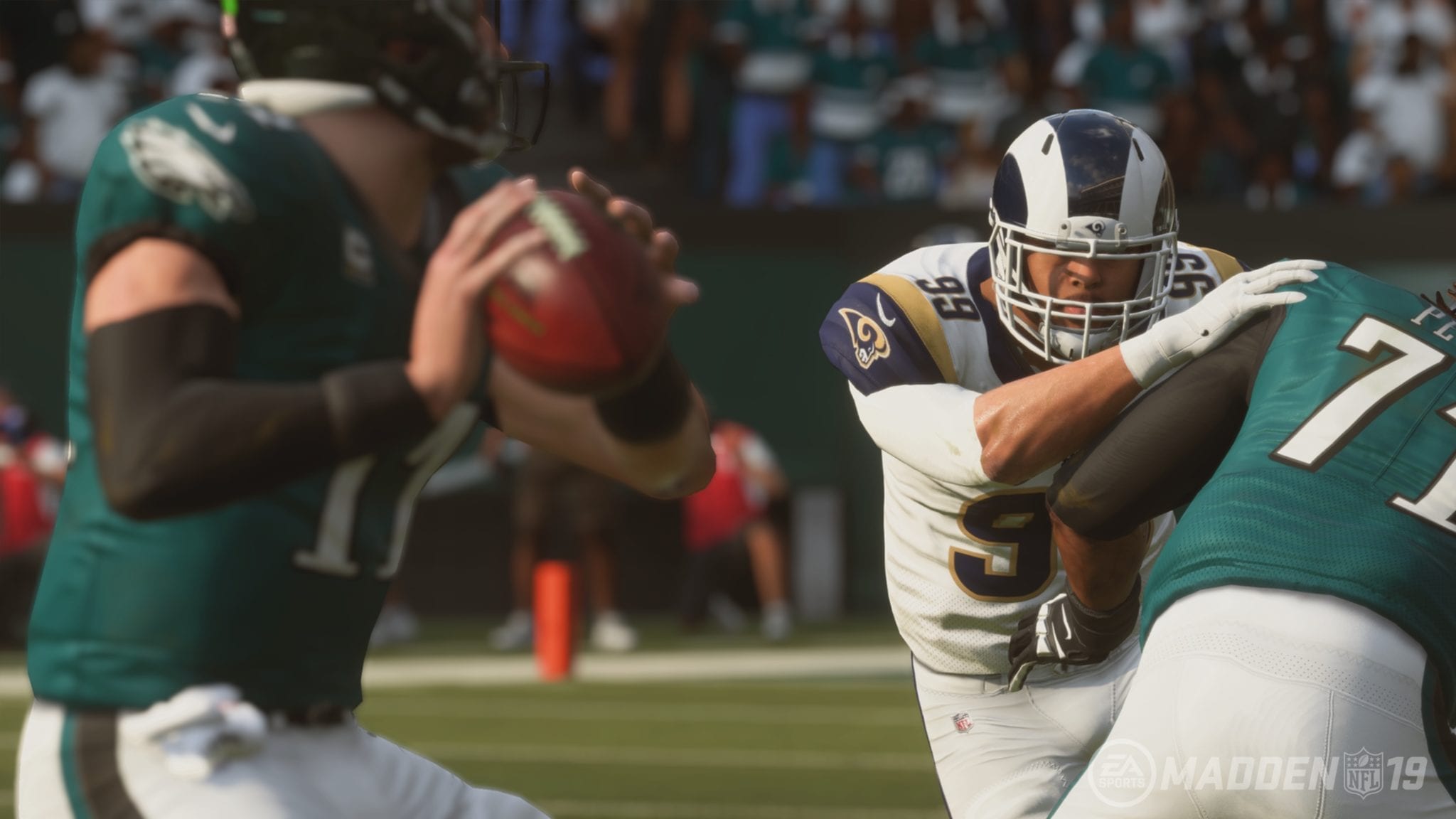 I haven’t played a Madden game for a few years. I feel this is an important way to start this review as it’ll help you understand how much you’ll get out of my words. If you’re a Madden diehard then it’ll just be a glimpse into how the other half live. If you’re someone on the fence about picking up your first Madden game, or looking to get back into it after a few years off, then strap yourself in.

American Football isn’t the easiest sport to understand. There’s a lot of rules to get your head around before you even get to the different kind of plays to call. Luckily NFL Madden 19 knows this and allows you to streamline and customise the experience as much as you’d like. There’s some great accessibility options available, along with the the difficulty levels, which really help speed things along for people wanting a more casual game.

Even when you’re in a match you can change how much guidance you get when it comes to making decisions about plays. You can just use the calls your coach suggests if you’d like, or pick a play out yourself. Once you get your head around that you can start altering plays in the huddle before hiking the ball to really pick apart your opponents. 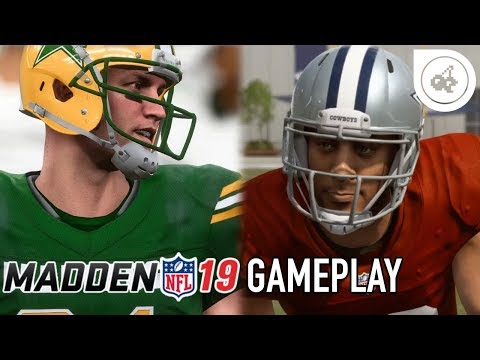 When you’ve had enough of fine tuning the options your next decision will be “where do you want to start?” Longshot is definitely the best place to begin your Madden 19 journey if you’re looking to get used to things. It may be a continuation of the story mode started in Madden 18 but it’s not the most complex tale ever told, so is easy to get up to speed.

It’s a fairly standard sporting story and has a few cool moments but, as a whole, is largely forgettable. Its worth comes from the way it eases you in to learning how to do certain things and the rewards it gives you. Failure is often met with a “try again” screen. So try again until you get it right! In many ways Longshot is a spruced up tutorial mode… plus it has some random celebrity appearances and a few moments that’ll make you chuckle.

Once you’ve finished Longshot the next logical step is Franchise or Madden Ultimate Team. The latter allows you to build a dream team of stars but one of its most intriguing features are challenges. Challenges are great for a bite size Madden experience without having to play a full game. Get a first down on a drive, stop a team from rushing more than 10 yards, score a touchdown and more gauntlets are thrown down. Each of them working as bitesize moments from a larger game.

If you’d rather play a match with your dream team that’s still an option but the sheer amount of challenges is impressive. You’ll be finding things to do for a long time and it means you can still get your Madden fix even if you don’t have the time for a full match. 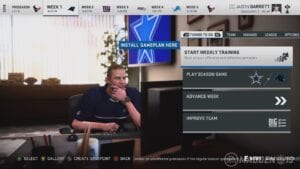 It’s not just Madden Ultimate Team that respects your time though. Franchise mode is also aware sometimes you might want to play a full match. It allows you to skip to just the big moments of the game if you want. The moments that will completely change the outcome. Or, if you want a bit more time on the ball, you can play the game at the points the offence are in possession. Heck, if you’re a defensive nut you can even play just the defensive moments.

All of these options can be picked at the start of the match and, if you decide you want to go a bit more hands on, you’re more than welcome to. It’s a nice touch that, combined with everything else, proves that the game values your time. Especially when a full game can take up to an hour.

Franchise mode gets more interesting the more you dive into it. You can play as one character if you’d like to and rely on the computer to do everything else. I went through a bit of a campaign as a quarterback and, although it was fun for the most part, the AI can be infuriating at times. It seemed no matter how many times I tried to utilise a run play my computer controlled team mate would just run straight at a defender. It forced my hand into throwing the ball or running with my quarterback. Putting a slight dampener on the experience. It’s not just Franchise mode that has these odd AI moments either, but luckily I didn’t encounter them too much.

Taking control of everything was much more interesting though. Making the contract decisions, picking the right training and making sure everything was in place to have a successful season is great fun if you like micro managing. If you decide you don’t though it’s easy enough to tweak things to your enjoyment. 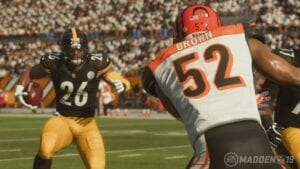 It may sound like an impressive package due to the amount of content it has and it also looks and sounds great too. There’s an insane amount of commentary, voice acting is delivered well and the stadiums sound alive. The models look nice too, although you’ll get the usual odd moments of models walking into each other or behaving oddly during in match cutscenes.

NFL Madden 19 is a very fun sports game, even if you’re not the biggest fan of American Football. It makes it easy to get a bitesize fix of the NFL and if you’d rather have a larger helping you can have that too. The level of customisation and things on offer is impressive and sets a high bar for future entries in the franchise.