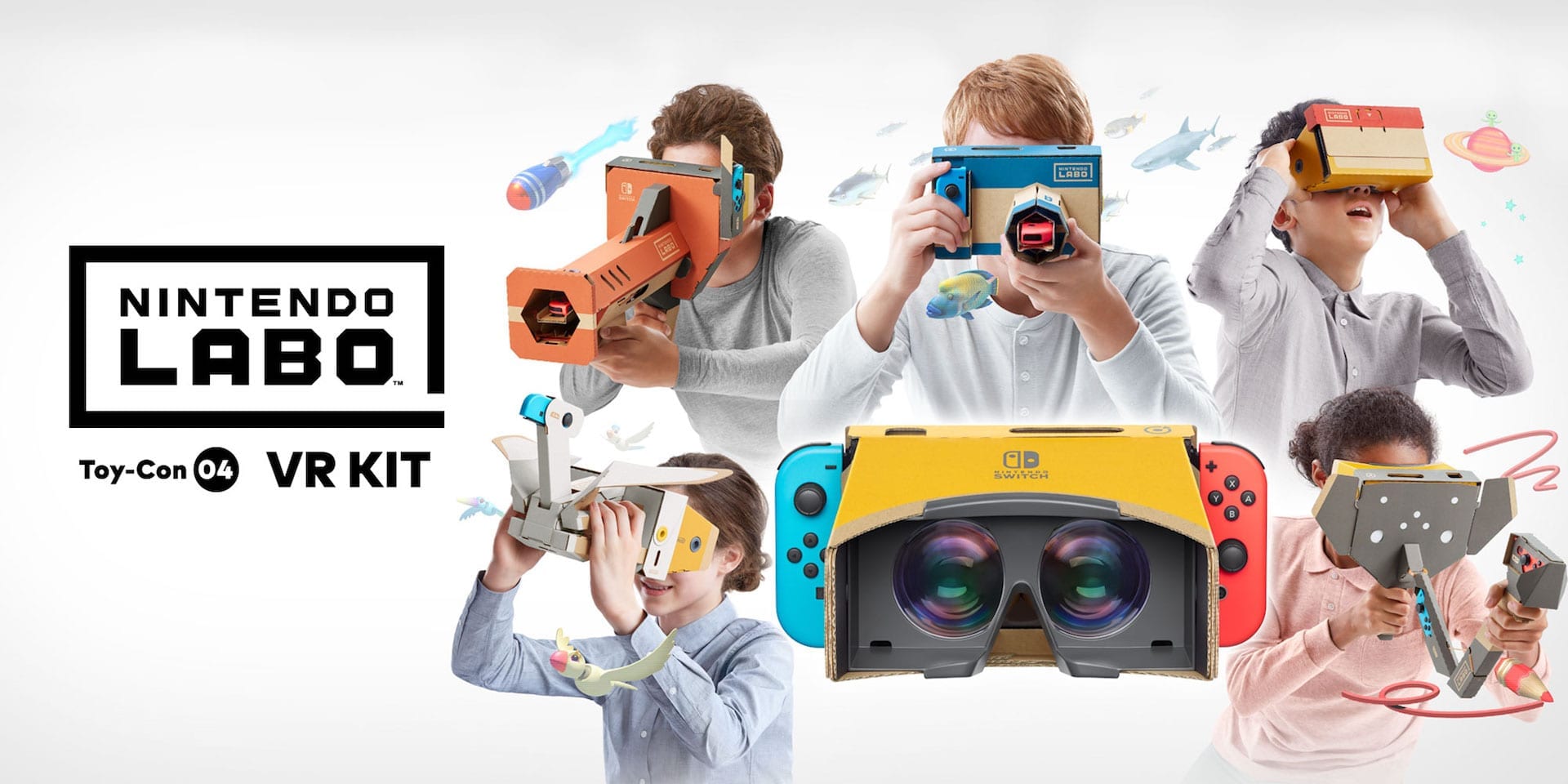 “This is easy” I think to myself as I put the Labo VR Kit together, before realising I’d missed out a step and have to backtrack. Don’t get me wrong, it is easy, I’m just an idiot. I should’ve looked more carefully at the fun to follow instructions when putting it together.

The instructions are a highlight of the Labo experience. You use your Switch screen to go at your own pace. You can even spin things around and look closer at what your next step is. It’s nicely designed and is genuinely interesting to use, making it an important part of the experience to linger on.

Building time is definitely not quick. You’ll most likely have to set aside at least an hour of your time to build each of the various items. Most likely even longer. This is all part of Labo though. Building it feels like part of the game. It taps into the same kind of satisfaction you get from putting together LEGO or and Meccano.

If the building process is that fun, then the games must be amazing? That’s where the cracks start to show for the Labo VR Kit. After spending an hour building the base VR set I eagerly put the contraption to my face and… was immediately underwhelmed.

The headset doesn’t come with a strap for your head, meaning that you have to hold it to your face at all times. This is fine for when the controllers are connected to the console, as you can keep it steady. Once you have to detach the controllers you then hold it with one hand. It’s not impossible but it never really feels overly safe and having to keep a piece of cardboard pushed against your face isn’t the most comfortable thing either.

The games themselves on the base demo are fine for what they are, which is simple tech demos. They don’t really do anything that hasn’t been done by other VR devices and will probably underwhelm older gamers, like it did myself. My nephew, on the other hand, loved it. Even though he hadn’t used the headset before he quickly figured it out with a basic tutorial and was contently playing the various games in there.

Although the base headset underwhelmed me I had higher hopes for building the more intriguing aspects of Toy-Con 04. These contraptions took a bit more time than the headset but, yet again, were a delight to build. They also look visually impressive and there’s a glee to putting the controllers into them and realising how they work.

The games introduced through these contraptions are much more fun, although do suffer at times with the awkwardness of not having a head strap. It’s hard to see much replayability in the games for older players but younger players will keep coming back for a while.

The items you build are solid enough but, at times, do feel a touch flimsy. After all, Labo is built from cardboard. If you are buying this for your child, or a friends child, or a nephew or niece etc then be prepared to be spending a lot of time helping to put things together and making sure they don’t destroy it. It’s not rocket science constructing it but it won’t be the easiest thing for younger kids and the last thing you want is for a vital part to be destroyed.

The Nintendo Labo VR is an interesting experiment. I had the most fun in the one aspect I was dreading, building it, which is a testament to Nintendo for being able to make assembling a toy fun. The games may lack replayability and be fairly hit or miss but they do have a “that’s neat” moment when you play them for the first time.