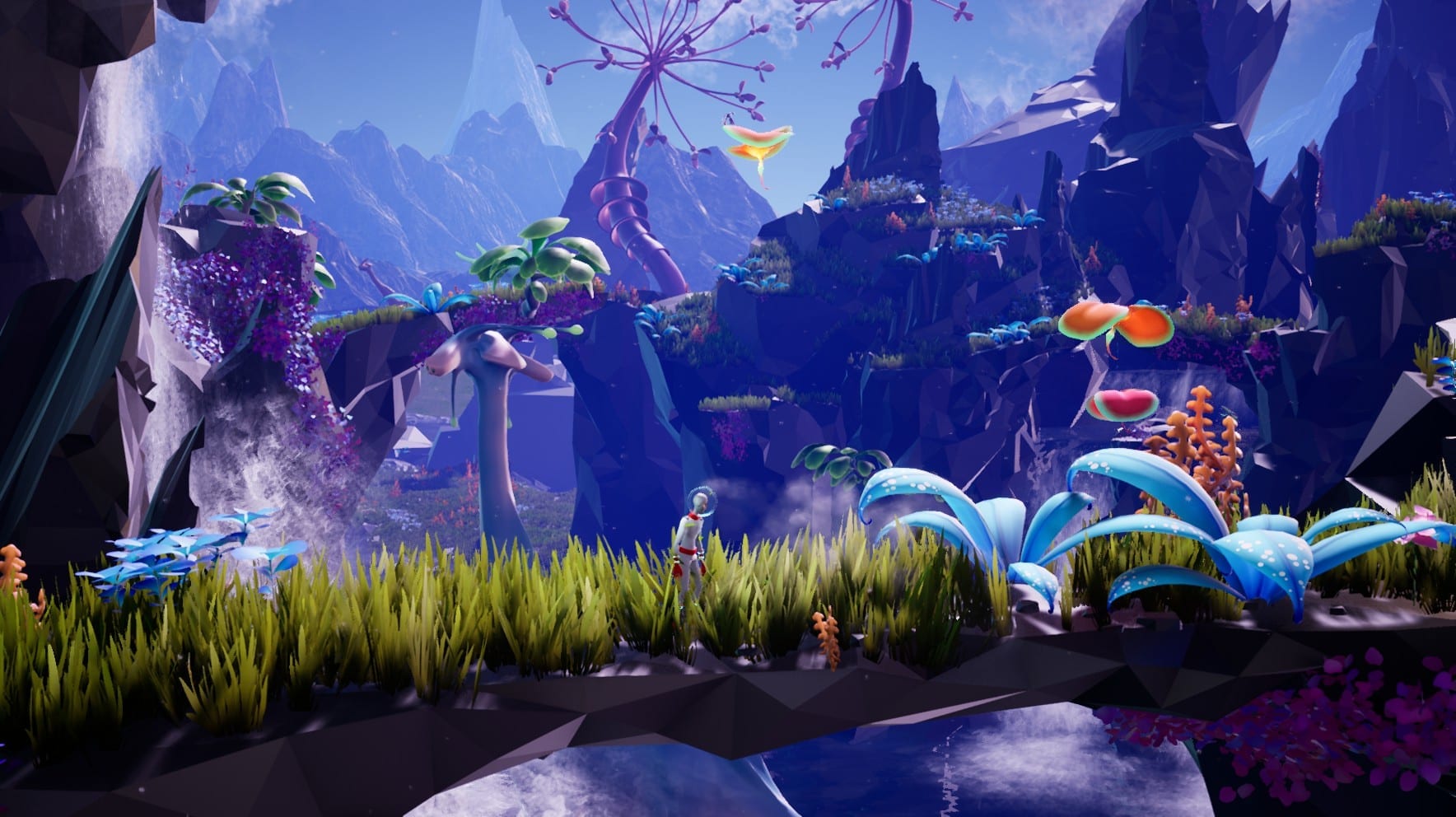 Exploration of alien worlds, vivid landscapes and unusual creatures are all packed in with some great platforming in Planet Alpha. Developers Planet Alpha ApS, together with publisher Team17, have managed to combine two great genres together, for a really pleasing title.

For those of you thinking platformers are long since dead, think again. Planet Alpha takes some stunning visuals, some light puzzle solving and adds in the twist of exploration and discovery. You must overcome an alien landscape in this side-scrolling adventure. It’s sure to keep people coming back time and time again. 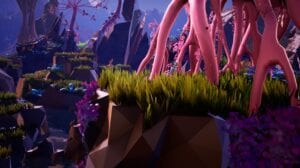 Beginning as an injured human explorer, you have donned your spacesuit to explore a whole new world, but clearly, not everything has gone well. Much of the game’s opening area is fairly drab, red rocks and dust as far as the eye can see.

The slow trudge as you attempt not to bleed to death gives you time to take it all in, until finally you collapse. Don’t worry though, that’s when things begin to get really interesting. Upon waking you find yourself in a much more lively environment, and you can once more run and jump with ease. Your adventure is just beginning, and it promises to be a great one.

The game is, in a word, stunning. The graphics and animations run smoothly but that isn’t what makes it so memorable. The environment is vibrant, colorful and even though the camera doesn’t allow you to pan around or rotate, your character ducks through foliage, crawls through caves and has to weave round enemies. There’s plenty going on and all of it is gorgeous.

There is a lot of bio-luminescence as well, which is a really nice effect and means exploring at night is not a chore. The plants and surroundings even change dramatically between night and day, with flowers bursting into life in the morning, and morphing in shape and color to a more dormant form overnight. 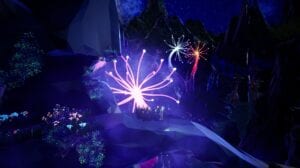 There is no full interface so to speak, instead on-screen icons appear when something can be interacted with, then fade away. This is great because it allows the player to focus on not only the planet, but also some of the trickier jumps and obstacles that come along, rather than a lot of cluttered menus.

Beautiful music combined with thrilling sound effects make for a really enjoyable atmosphere. The game does a wonderful job of capturing the sense of awe and excitement while exploring; as well as building suspense if you’re hiding and trying to avoid enemies.

The only slight downside is the robots, while very distinctive, they do make some pretty odd noises. It tends to break you out of the immersion of exploring, but it’s certainly not game breaking. 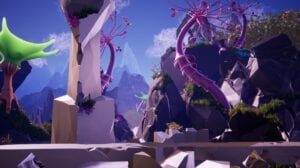 As you might expect, there’s a fair amount of running and jumping to be done on Planet Alpha. Whether it’s over rocks or across crevices, there’s plenty of altering terrain to keep exploring interesting. The controls are very responsive, making traversing the landscape that bit easier.

There are no real bugs, enemies act as they should and the whole experience was thoroughly enjoyable. There are some great physics elements built in, making balancing, timing and leaping to avoid your demise a real challenge.

It does have to be said, the game does not hold your hand. Aside from those first initial icons that pop up when you can interact, there is no real other guidance. There are no arrows dictating your path, no tutorial to get you started, you are dumped in the landscape and it is up to you to work out where you want and can go. This is great because players can explore at their own pace, the only thing that forces you to move on, are the stealth areas that require good timing in order to get through without being spotted. 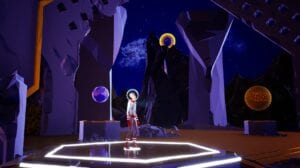 It’s not all running and leaping either, there are some puzzles involved too. Whether it’s working out how to position blocks to make cliffs surmountable, or changing the time of day which in turn alters the landscape, there is plenty to break up the gameplay and keep things interesting.

If you haven’t tried a platformer, or you think you may not enjoy them, we’d urge you to still give this one a go. If you’re already a fan of them, Planet Alpha provides plenty of scope for exploration, a good variation in environments and a decent challenge in the way of traversing the terrain.

It’s enough of a twist to mix things up, while still staying true to the genre. Couple all of this with its stunning graphics and sound, this is definitely a title we can’t recommend highly enough. Whether you’re a veteran or newbie to platformers, Planet Alpha has a bit of something for everyone who loves the idea of exploring new worlds, and challenging their reflexes.