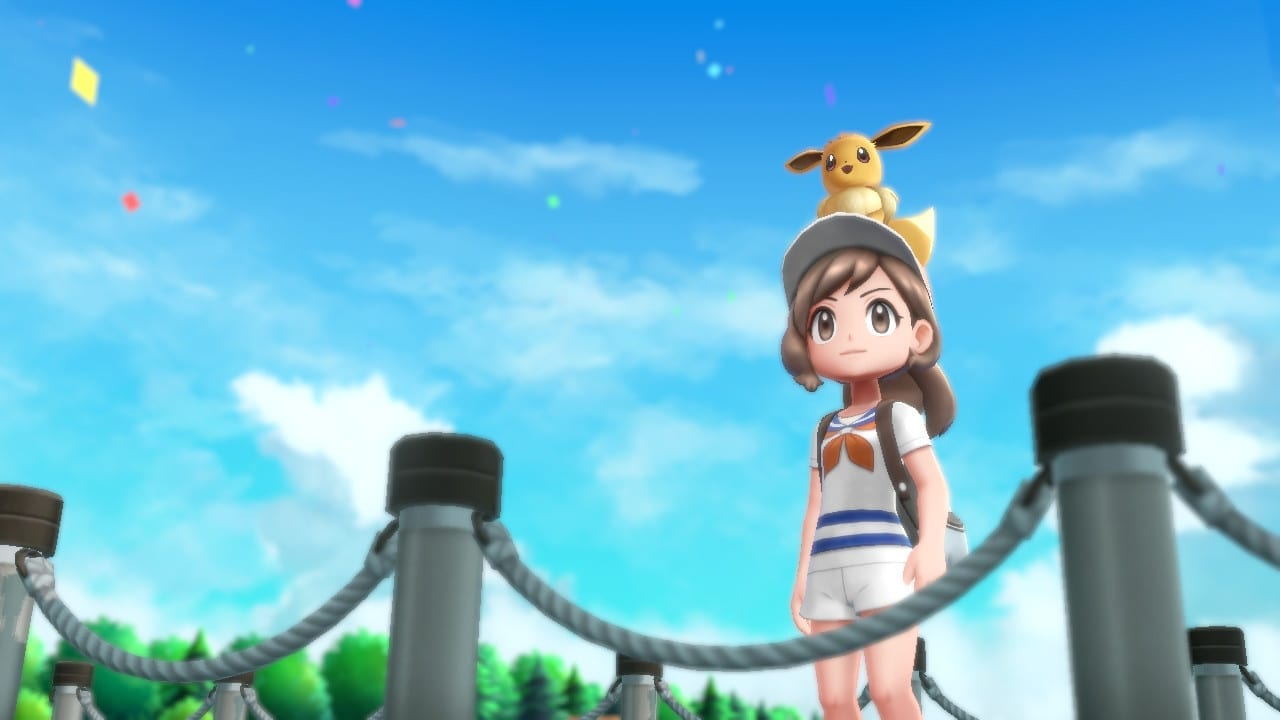 Pokemon Let’s Go Pikachu and Eevee are entertaining and visually attractive games. Although getting off to a bit of a slow start for veteran gamers, it soon picks up to become a fun game that appeals to all ages.

Based off the original, 20 year old Gameboy game Pokemon Yellow, Pokémon Let’s Go updates the game for a modern audience, taking advantage of 3D graphics and new mechanics. One of the biggest draws of these games is the significance your partner Pokémon has, as you form a personal bond as the game progresses, with your partner always by your side and interacting with you. 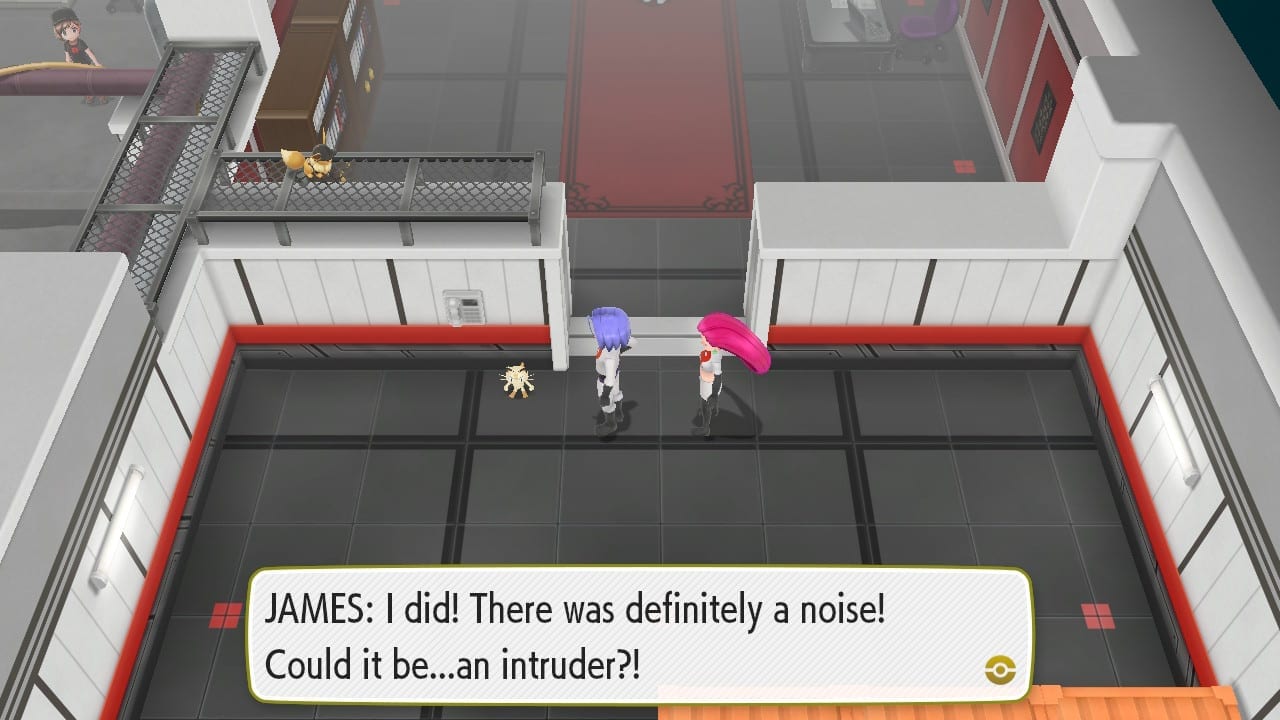 The biggest difference between these games and the previous is the emphasis on catching Pokémon to progress. Wild Pokémon battles are a thing on the past, instead you throw poké balls in a similar way to Pokémon Go, using berries to make the process easier. Upon each successful catch, your whole team receives experience points, with bonuses based on a variety of factors, such as how accurate the throw was or when catching a new Pokémon. Although a massive shake up for a main series game, I’m personally a fan of the new emphasis on the series’ tagline “Gotta catch ‘em all”, as for the first time in a long while, it’s an achievable goal again (with the exception of Mew, which is locked behind the purchase of a Pokéball Plus).

However, unlike Pokémon Go, you do not use the touchscreen (more on this later). Instead, you can throw your poké balls in one of three ways – with the Poké Ball Plus, the joy-cons or, if in handheld mode, by moving your switch around to line up the Pokémon and then using a button to launch it. I personally find the latter to be the best way, as using either the poké ball plus or joy-cons can be difficult at times, as you have to make sure your controller is straight on to avoid the ball veering off in either direction. However, despite it’s inaccuracies, there’s no doubt the controllers are the most fun way to play, especially when your switch is docked or when playing with a friend (at which point it’s mandatory regardless). 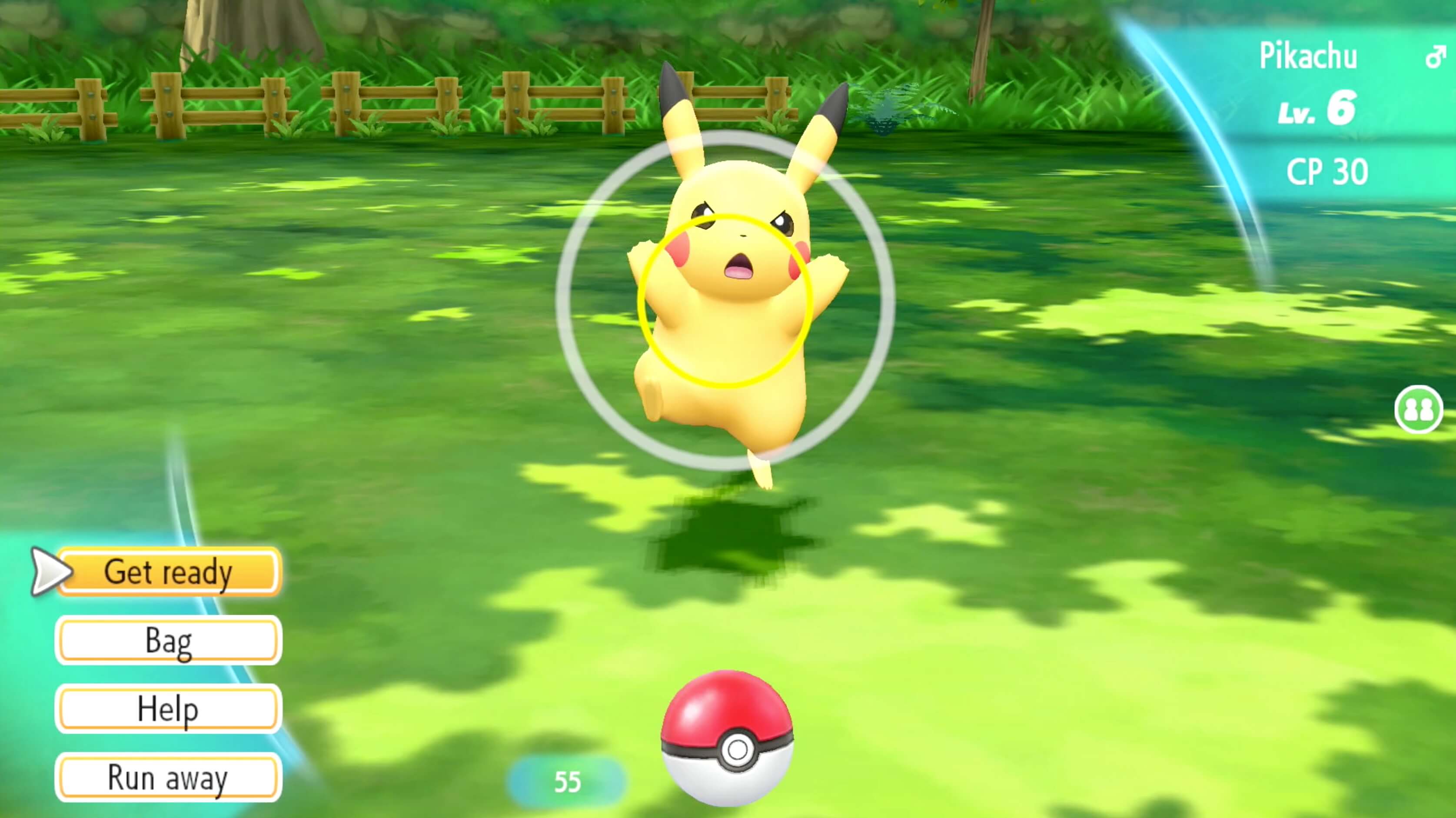 Following up on controls, one of my biggest problems with the game is the lack of touchscreen integration, which is limited to typing in information at the start of the game. As someone who plays primarily in handheld mode, I often find myself wanting to tap on a move to select it in battle, or use the touchscreen to navigate the menus, but am unable to do so. You also can’t throw poké balls this way either. With a history of Pokémon games on touchscreen devices like the Nintendo DS, to not feature touchscreen support is a baffling and disappointing design choice and, although it doesn’t affect the game as a whole, would have been a nice quality of life feature.

One of the new mechanics Let’s Go brings to the table is the ability to play the game with a second person acting as a “Support Trainer”. It would be a stretch to call this a true multiplayer game, as the support trainer is limited to partaking in battles and catching Pokémon. They do appear as a second controllable character in the world, but it is up to the main player to start battles or run into wild Pokémon. It is however a fun feature to have a friend or family member effectively hop in and out of to play with you from time to time – I was able to convince my sister, who is not a gaming person, to have a go and we both genuinely enjoyed it. Be aware though that doing this makes the game significantly easier, as you end up being two against one in your battles and your catch rates go up if you both succeed in throwing a ball at the same time. 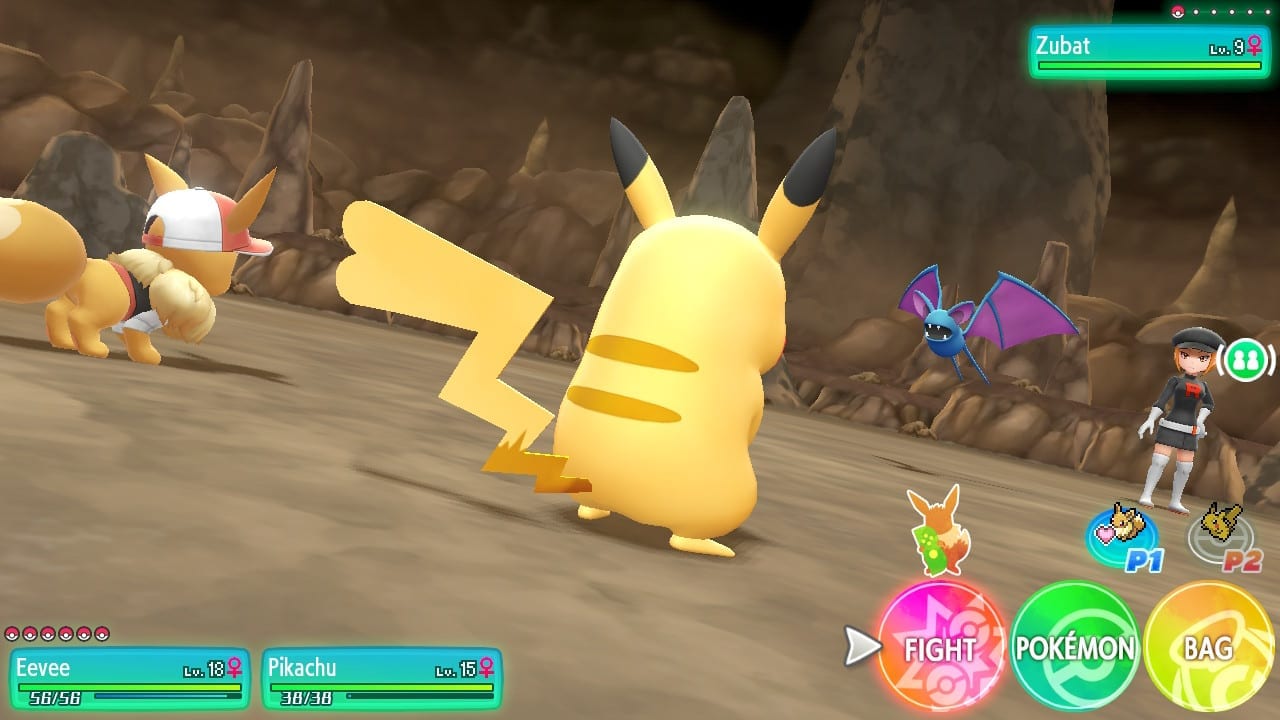 Even without a support trainer, the difficultly of the games will definitely feel easy to older players. It does pick up as the game progresses, but if you’re a veteran, there are few things you’ll find truly challenging. This doesn’t necessarily stifle enjoyment though, and there are a few things in the game designed to be more challenging, such as the many coach trainers around the map who will actually use super effective moves and have higher levelled Pokémon compared to the other NPC’s around them.
Older players will also notice the absence of Pokémon abilities and held items, which is strange to grasp at first given it’s become such a core mechanic. This is, of course, true to the original Pokémon Yellow which didn’t have them either, but the absence of these does remove an extra dynamic to battling that previous Pokémon games have had for many years. 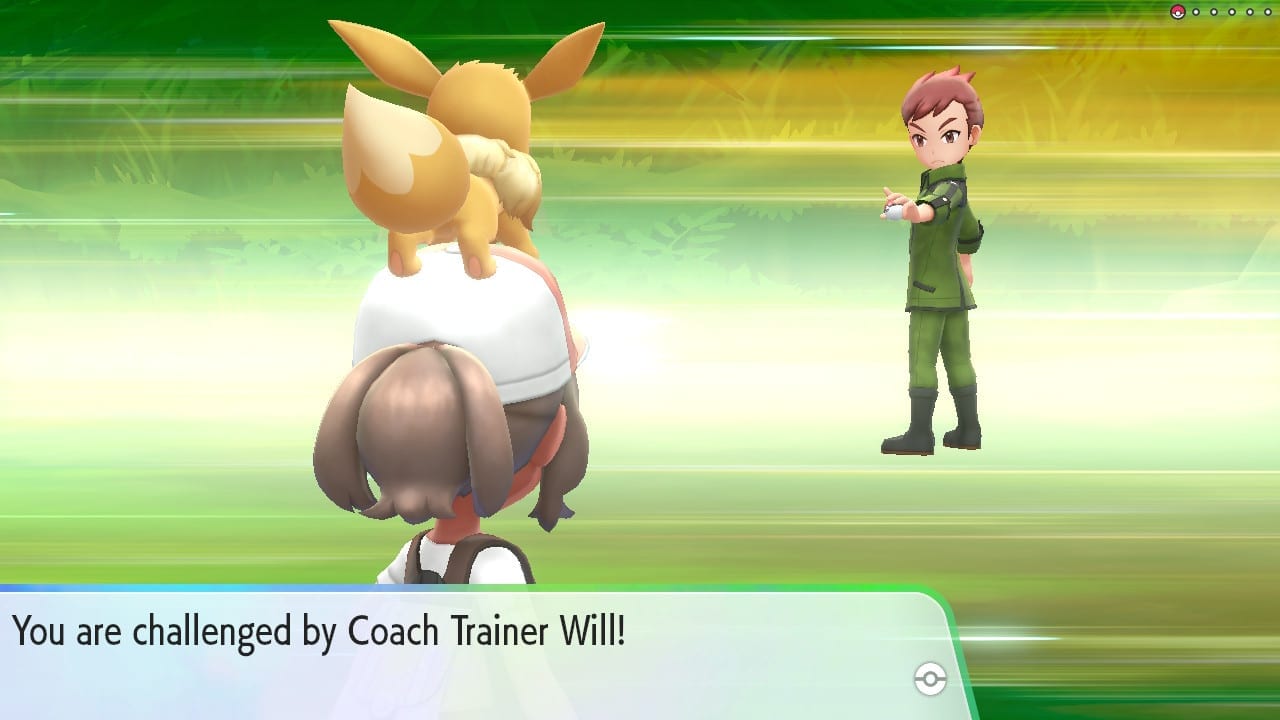 Pokémon Let’s Go does have a lot of nice details in other places though. Team Rocket from the anime appears in the games, using familiar catchphrases and staying true to their on screen personalities. There’s also lots of little details, such as Pokémon closing their eyes when asleep, and seeing trainers command their Pokémon in the background when they use a move in battle. You also get rewarded by talking to all the NPC’s you meet, by receiving things like TM’s and clothes you wouldn’t get otherwise.

Overall, Pokémon Let’s Go is a fun game that paves the way for a more complex main series Pokémon title in the future. The missing features don’t stifle the enjoyment too much and the new mechanics add a new dynamic that really makes this game feel like something new. For people considering buying the game, it really leaves only one question – Eevee or Pikachu?