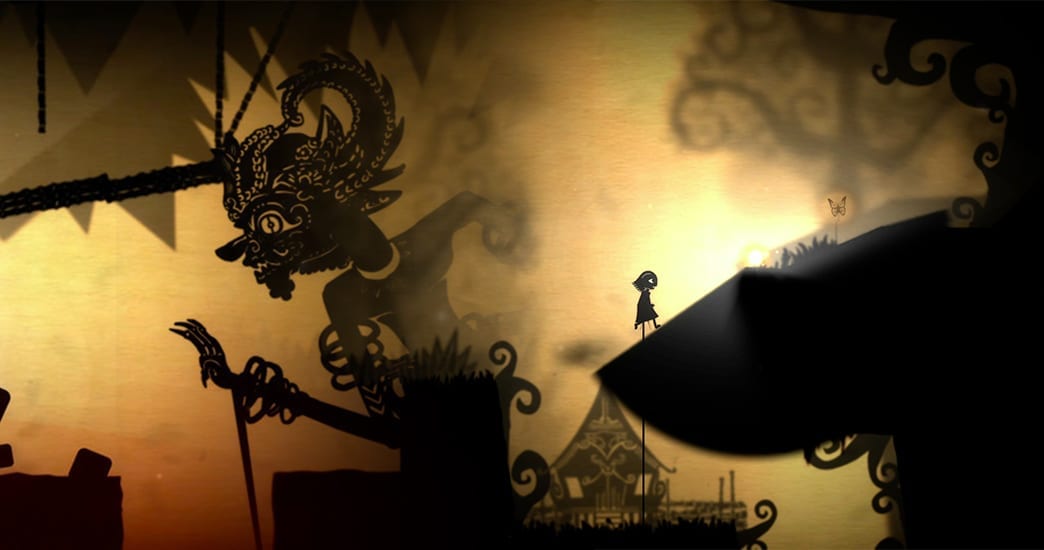 [UPDATE: 13/10/22 A patch for Projection: First Light is now live. Now playable from start to finish, I am amending this review score to reflect the game in its current state were you to purchase the title today, where I would give the game 8/10. Original review as follows]

Projection stars our playable character, Greta, a silent young protagonist with a penchant for mischief and adventure. She embarks on a mythical quest through a dilapidated theatre, meeting wondrous – and terrifying – creatures as she collects butterflies and on a quest for redemption.

Greta and her world are presented in the form of shadow puppets, with its story and design focusing on mysticism and ancient cultures.

The story is simple enough and its expertly told within the gameplay. You’ll find yourself making friends and enemies on your journey, and the short scenes which do require additional information choose to show this through images rather than dialogue. It’s nicely done, albeit a little simple.

The graphics and style of Projection: First Light are its most outstanding feature. Beautiful dark tones and clever use of lighting create a truly immersive 2D world. There’s something really enchanting about the game’s shadow puppet words and characters, and truly, I can’t fault how wonderful the game really looks.

Although I’m a fan of truly exceptional puzzle games like LIMBO, puzzle platformers definitely aren’t usually my cup of tea. Thankfully, Projection: First Light’s puzzle-solving is compelling without being either too easy or too hard. The game sees you manipulate a ball of light to create shadows which Greta can then use as platforms. On Nintendo Switch, your left thumbstick is used to control Greta, while your right thumbstick is used to move the ball of light.

It sounds simple enough, but add in moving boulders, switches, plus both vertical and horizontal obstacles, and you have yourself a fairly meaty puzzle game. The few times I did find myself getting struck or frustrated, it was mostly down to my own inability to use logical thinking. Overcoming some of the trickier puzzles was definitely rewarding, and though they can get a little repetitive, there’s just even variation to keep things somewhat fresh.

The one glaring issue I found within Projection: First Light is kind of a massive deal: a game-breaking bug. After reaching the end of the “Boat” scene, I was hit with a black screen followed by a Switch error telling me the software couldn’t be played. I tried rebooting, I tried swapping between my Switch in handheld, docked and even my Switch Lite to no avail. Sadly, this is definitely a huge problem for the game, which I couldn’t even complete for this review.

Projection: First Light doesn’t have any dialogue so there’s no need for subtitles here. Along with a few options for how you like your audio, there’s one very good accessibility option which allows you to slow down the speed of the game. This is ideal for trickier situations, and makes the game a lot easier for those new to puzzle platformers. Kudos on that one.

Projection: First Light started out as one of my favourite indie games of the year so far, but with a game-breaking bug in the mix, it’s sadly going to fall short of what I initially expected to score it. Hopefully the bug will be fixed soon, but for now, it unfortunately has to be reflected in my score.

If you’re looking for a pick-up-and-play puzzle platformer filled with charm and oozing style, this is an excellent game for your library, but if you’re aiming to pick it up on Switch, you might want to wait for a patch [edit: said patch is now live].