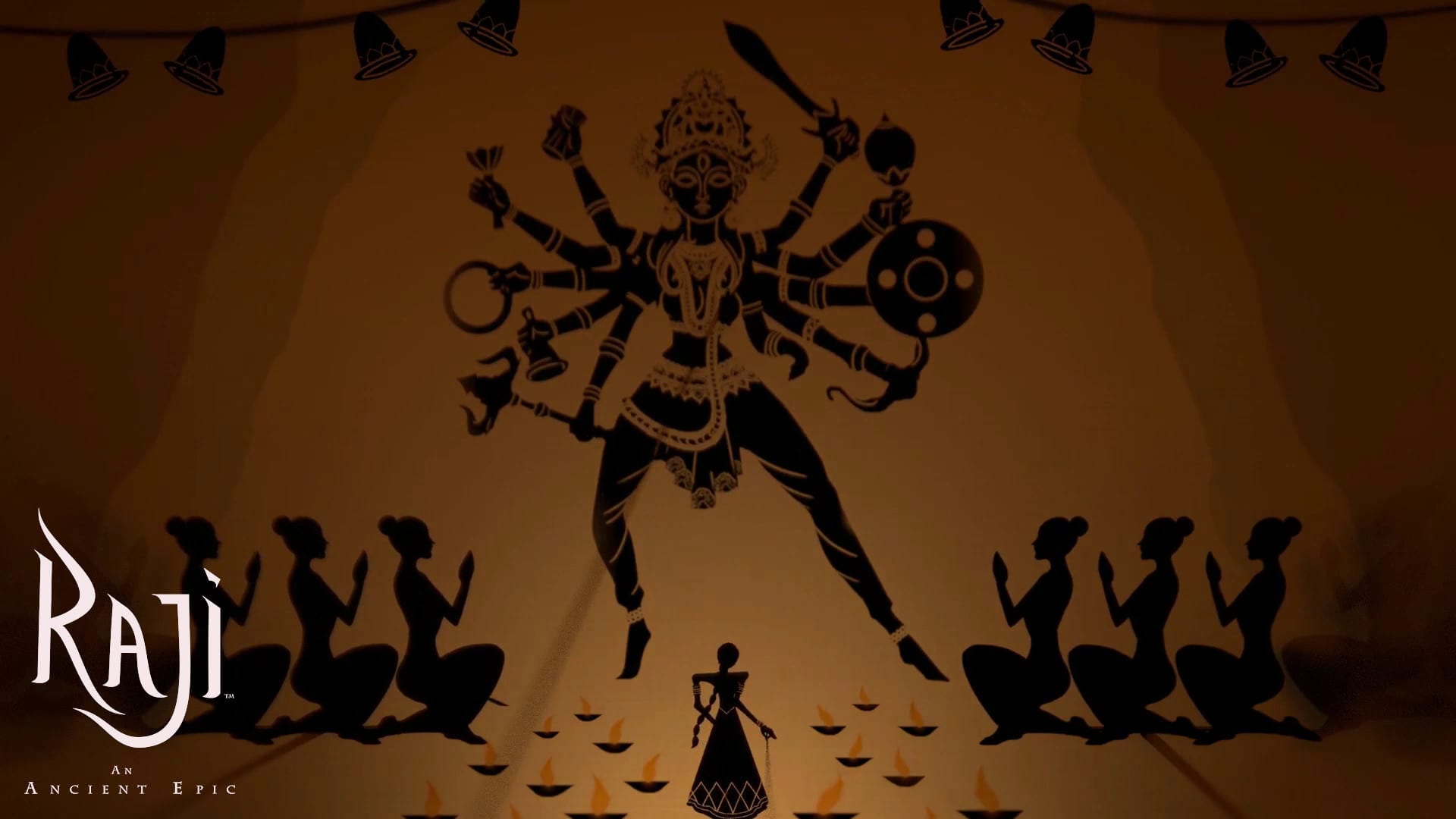 Revealed during one of Nintendo’s Indie Direct showcases, Raji: An Ancient Epic has been on the radar of many for a while now. Originally starting life as a Kickstarter project, the action-adventure game has now migrated to Nintendo Switch ahead of its PC launch. Definitely one of the most eye-catching games we’ve seen in a while, how does it hold up on the Switch?

Raji: An Ancient Epic takes place in ancient India and follows our young protagonist, Raji. On a quest to rescue her brother, Raji has been chosen by the gods to stand against the demonic invasion of the human realm. A charming and simple tale on the surface, one of Raji: An Ancient Epic’s biggest strengths is its mystical and enticing lore. The game is inspired by Indian and Balinese mythology, and the stories it weaves throughout the game – along with the narration of the gods – makes for a truly fascinating epic. Whether you know your Indian mythology or not, this is an absolute treasure of storytelling and a refreshing change from the usual high fantasy we tend to see in gaming.

Another of Raji: An Ancient Epic’s stand-out selling points is its overall graphics and style. Featuring absolutely gorgeous scenes, rich in colour and design, Raji: An Ancient Epic is an absolute treat for the eyes. With its warm and lavish colour palette contrasted against some of the darker creatures you’ll be battling, Raji: An Ancient Epic is a game you’ll want to snap photos of throughout your playthrough. Its unique style works surprisingly well with the adventure-game mechanics of the title, though it’s so beautiful I would have loved the ability to be explore it on my own, without needing to stick to the dedicated path. With some texture issues, I’d expect the PC version to improve on even these pretty pictures.

The music of Raji: An Ancient Epic is as beautiful as its art, featuring traditional Indian music which accompanies both the platform-like levels and the battle sequences. The sound completes the picture for Raji, and the love and care of the sound design is clear throughout.

Perhaps surprisingly, Raji: An Ancient Epic features quite in-depth combat which requires you to switch between weapons, utilise combo moves and even vault off pillars and walls to fell your foes. Though there are lots of options for you to cleanly destroy the demons you’re facing, they’re not quite fully realised, and you can easily button-bash your way through the enclosed spaces you’ll be attacked in.

When not in combat, Raji: An Ancient Epic is comprised of platformer-like levels which will have you running, jumping and climbing. Puzzles are sprinkled throughout the game, and mostly consist of turning various pieces to make them fit together.

I would definitely have welcomed the opportunity to explore the levels of the game more, but sadly Raji: An Ancient Epic is a very linear game. It’s also quite a short game, with limited replayability once you’ve conquered it for the first time.

Raji: An Ancient Epic is a wonderful game if you’re into your mythology and ancient lore. The stories it weaves are beautifully told, and along with the accompanying artwork and design choices you’ll see in the game, create a very unique and enjoyable experience. From that perspective, it’s definitely an entertaining game, but its combat is somewhat lacking.

Combat, though appearing complex on the surface, doesn’t quite seem to achieve what it sets out to. Enemy encounters are a little repetitive once you’ve mastered your favourite moves, and button bashing is a valid option if you don’t want to commit the controls to memory. Its lack of focus here definitely impact the over-all entertainment.

Raji: An Ancient Epic doesn’t have too much in the way of accessibility options. The game includes a handful of languages, along with subtitles though there’s no option to change subtitle size. There’s also no difficulty options, meaning what you get is what you get. The more accessibility options a game offers the better, but Raji falls flat in that aspect.

A beautiful and wonderfully executed story, Raji: An Ancient Epic is definitely an enjoyable way to spend a few hours of your time. Its combat mechanics are functional and fine, but rarely stray into the realm of “fun.” A high price point with limited replayability does make the title a little more indulgent than a must-have for your Nintendo Switch library. However, if you’re a sucker for gorgeous games with a lot of lore, this is one you won’t want to miss.

Raji: An Ancient Epic was reviewed on Nintendo Switch.