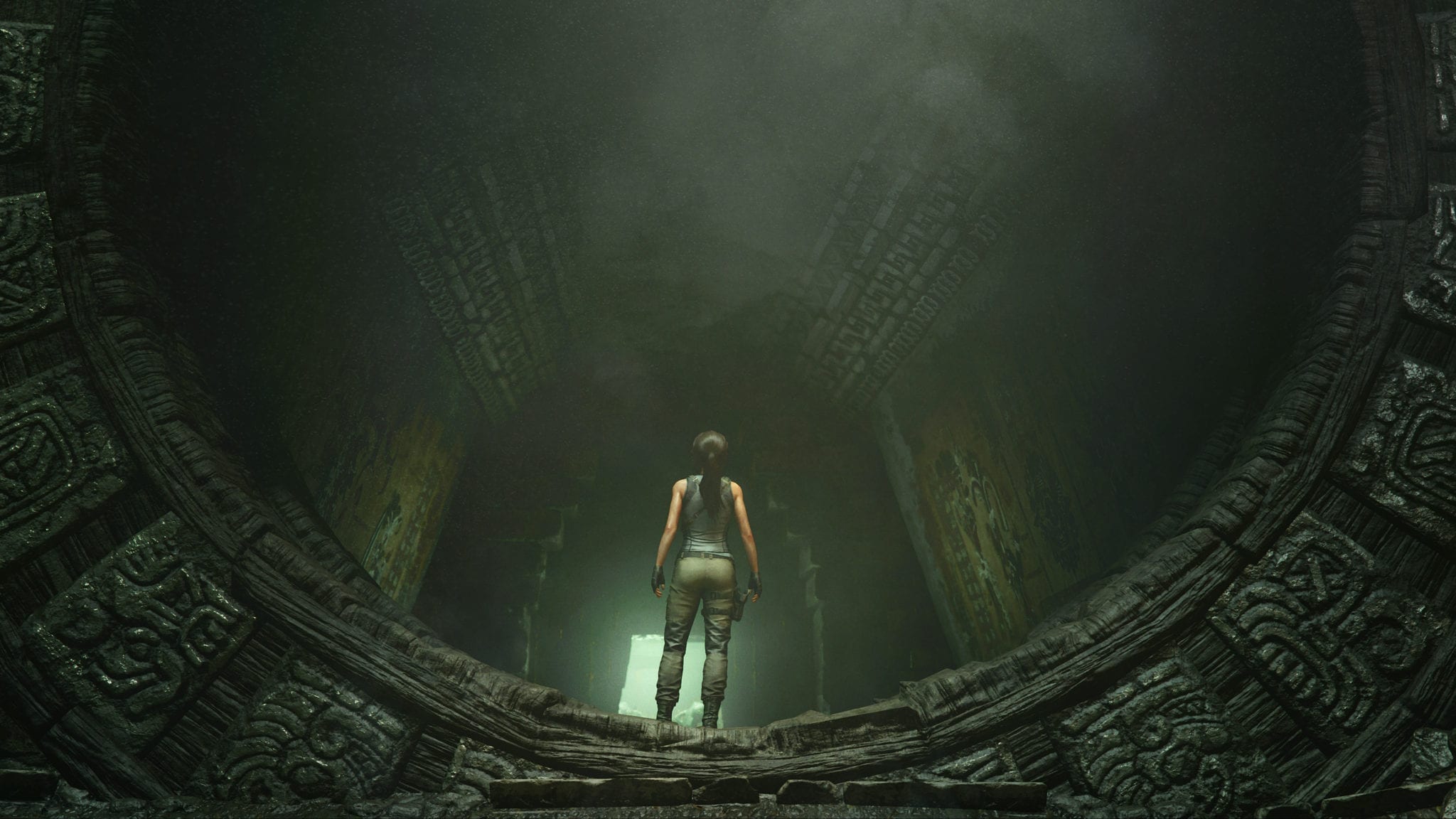 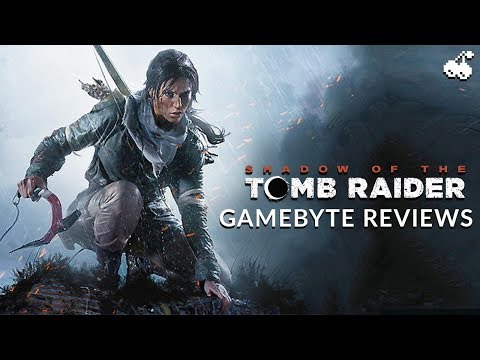 The 2013 reboot of Tomb Raider breathed new life into Lara Croft. Now, with Shadow of the Tomb Raider, we see the end of her origins story arc. The game takes place in a lush South American jungle that sees Lara having to come to terms with herself, whilst facing her past. 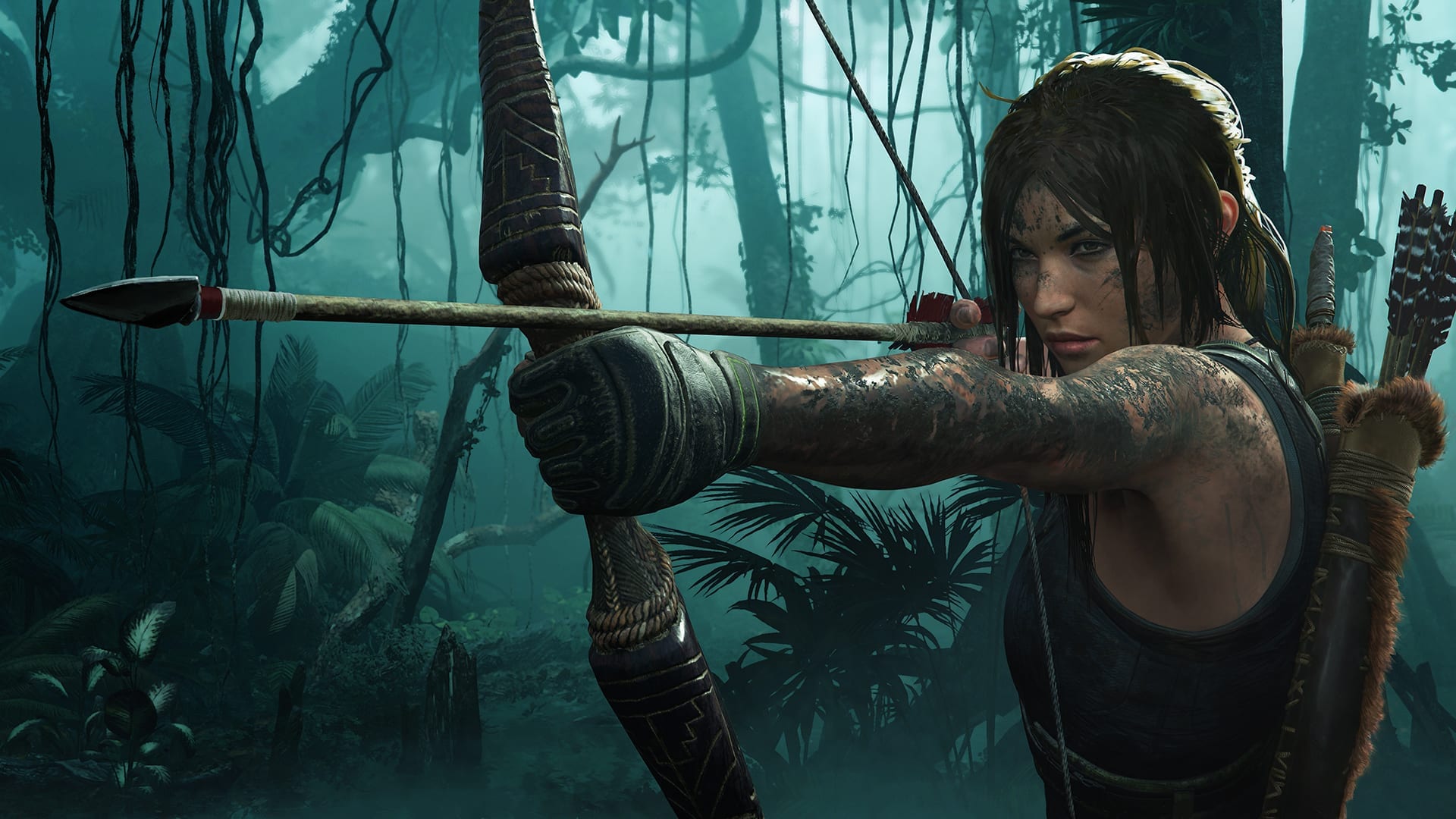 The story goes some interesting places as it plays out, with a few fist pumping moments that will bring a smile to your face. It’s not without its problems though and is a bit slow to get going at the start as it lays the foundations. Once it does get going though you’ll be torn as to whether you want to explore the map or progress the story.

It doesn’t help that the map is littered with things to do. Continuing the semi-open world nature of the previous games the land is populated with tombs and crypts to explore, animals to hunt, side missions to partake in, challenges and more. The way the world is built up with its collectables help add layers to the story and the location, that make you want to find out more. If you’re a perfectionist there’s plenty to do to keep you coming back, even after the credits roll. 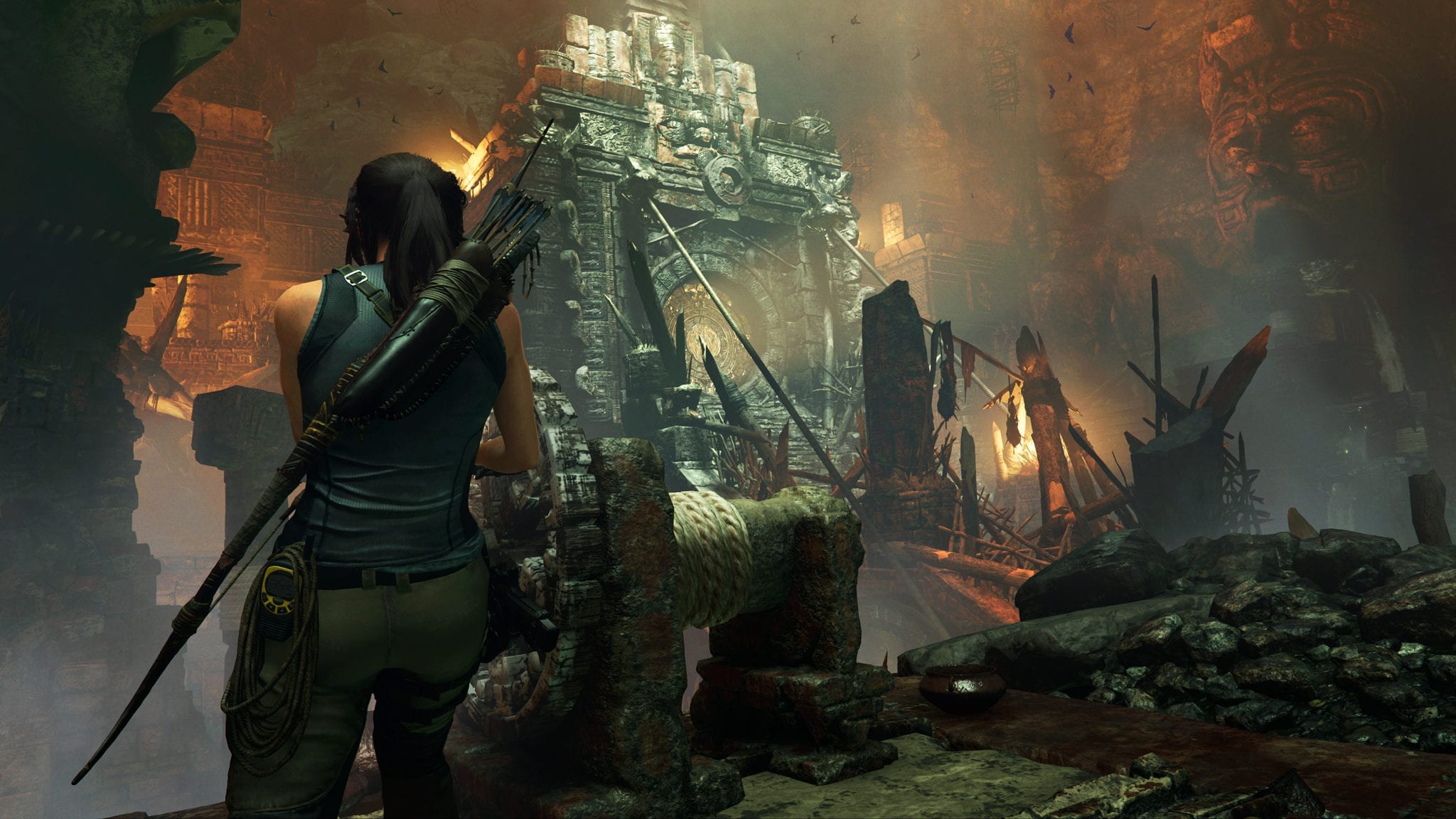 The tombs and crypts are a joy to explore. Traversing the environment to get in to them is a puzzle in itself. Then, when you do finally make it in, some of them present you with great head scratching puzzles. The “eureka” moment feels all the sweeter when you have to work for it.

If you don’t like being stumped by puzzles though don’t worry. Shadow of the Tomb Raider has a huge amount of accessibility options that let you match the game to your play style. The combat, exploration and puzzle difficulties can all be altered individually to make them as easy or as hard as you’d like.

It’s impressive how much they’ll allow you to alter your settings and play style. The latter being able to be fine-tuned even more by levelling up skills. For the way that I played the game I put an emphasis into stealth and distraction. Rigging an explosive to distract a guard, whilst swooping around to dispatch of another feels awesome. 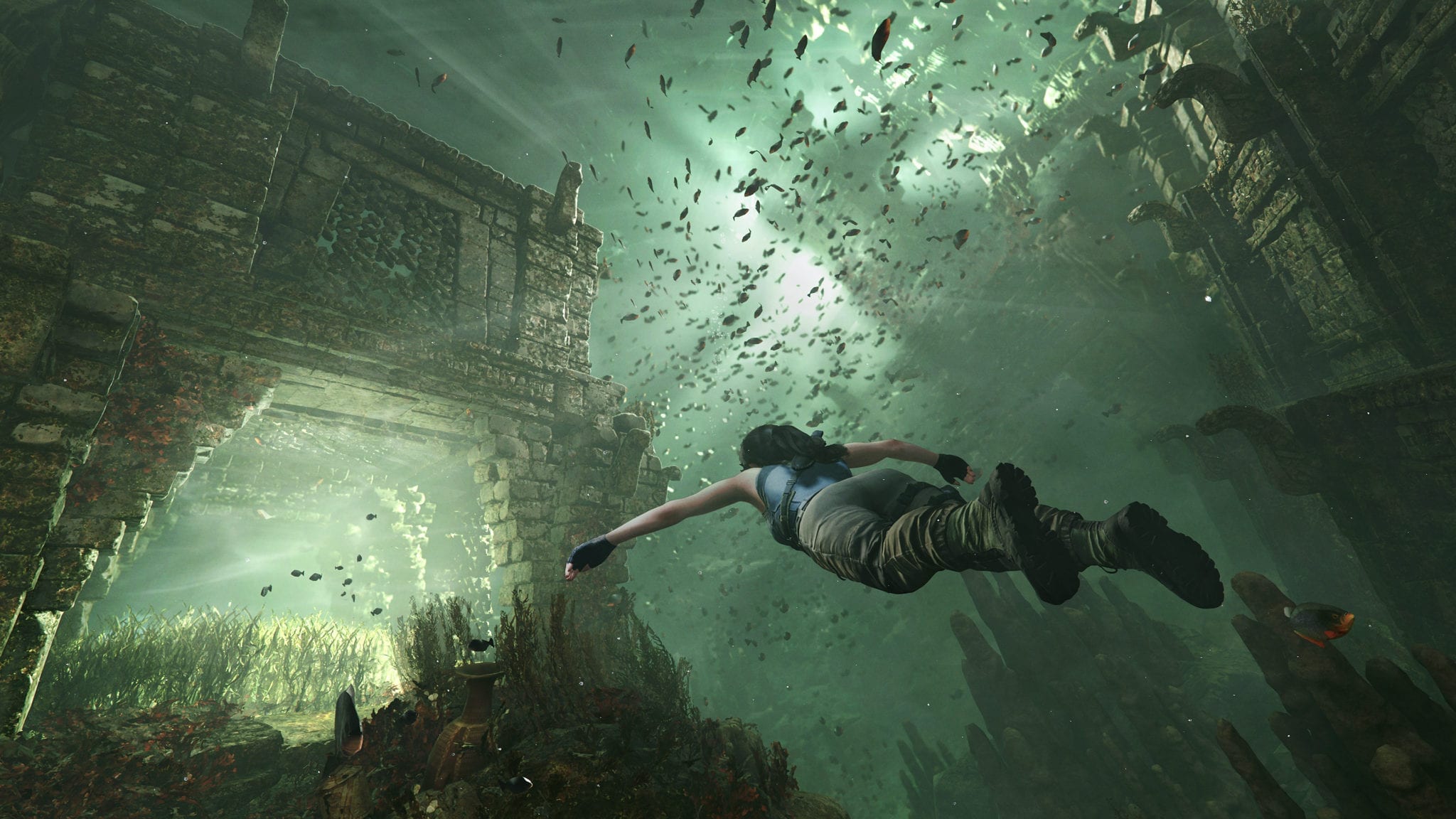 It seems Shadow of the Tomb Raider wants to give you the chance to play out most your battles like that if you want to. Giving this player choice allows you to play up to your strengths. I’ve always felt that the combat is a bit clunky in the reboot so I enjoyed seeing how many confrontations were set up with stealth as an option.

How you disguise yourself in the game for stealth really plays up to the beauty of the world too. Hiding in bushes is one way, but you can cover yourself in mud and stick close to muddy walls to get even closer for that stealth kill. This is a thriving jungle and none of the hiding areas feel forced, but all of them look lovely. 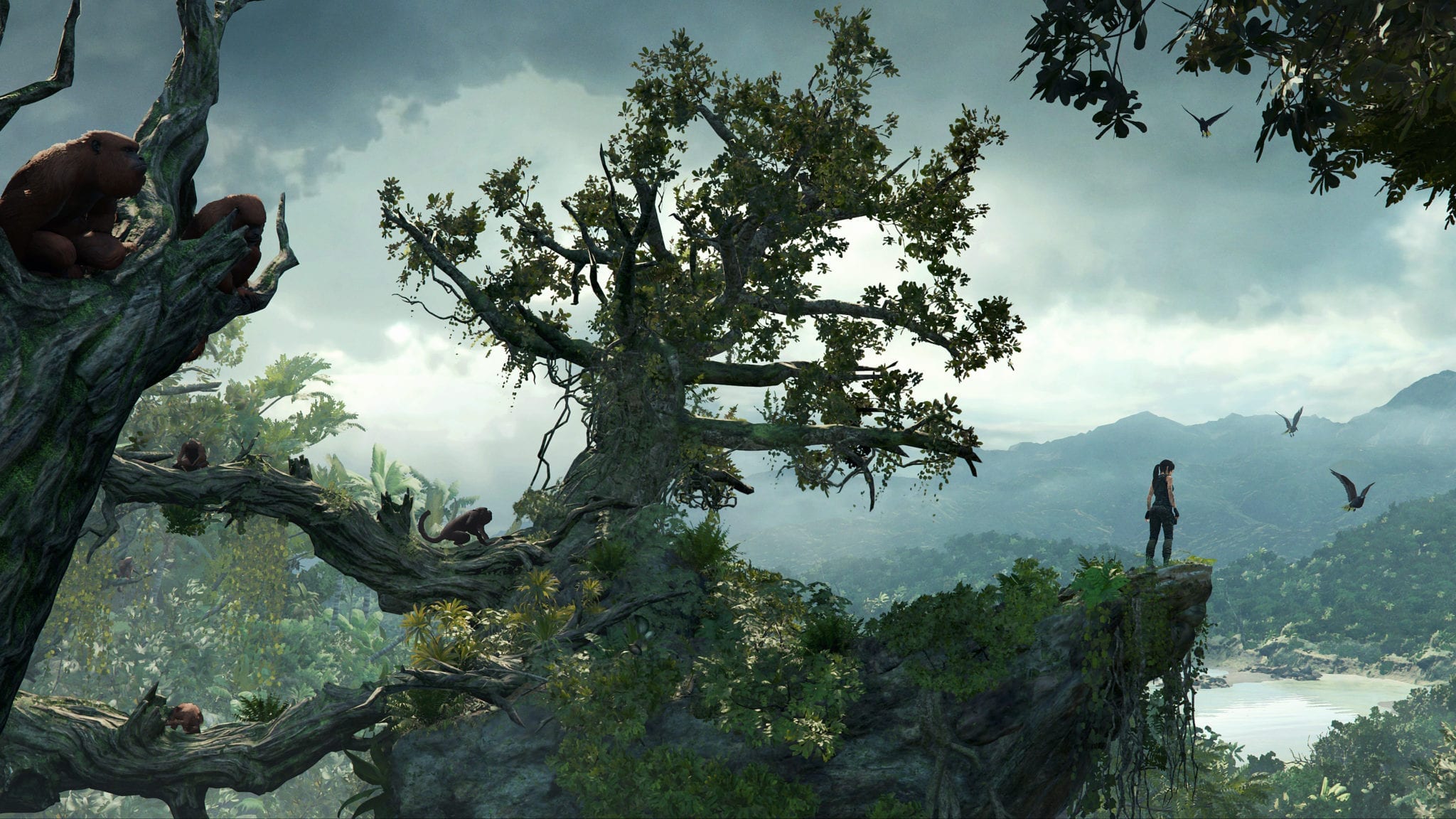 It’s not just the hiding areas that look lovely though. The character models are impressive, the world around you is beautiful and the camera work even plays its part well. Getting in close during claustrophobic moments and making your jumps always feel more death defying than they might be.

The game isn’t without its issues though. The previously mentioned slow opening is one of them but once you hit your first hub area it feels like it starts to click into place. There’s also the general issues to expect with exploration games, like jumping the wrong way to your inevitable death. Exploration is great for the most part though and mixes up how to traverse its areas enough that it never really becomes stale. 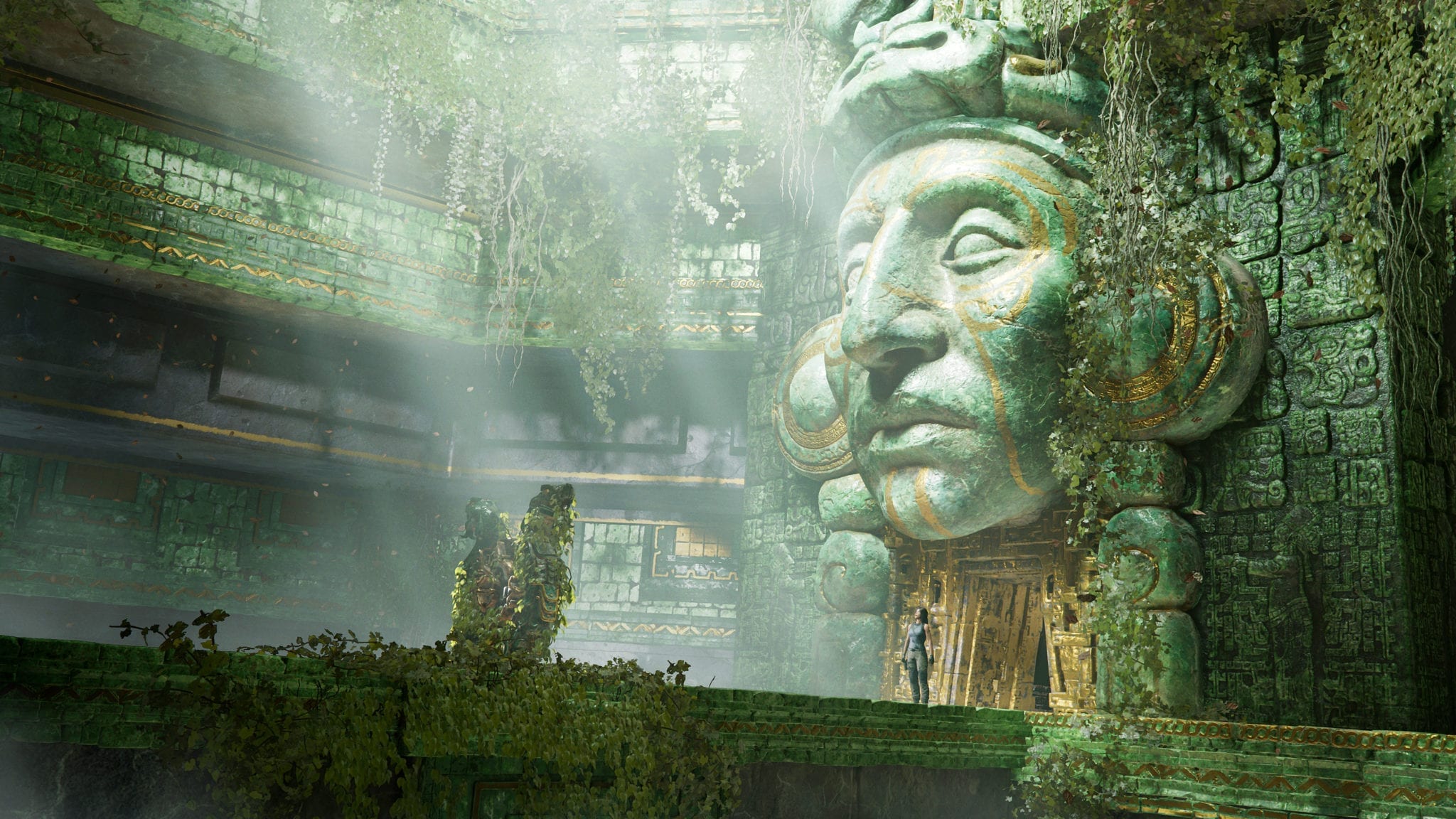 Shadow of the Tomb Raider is a satisfying finale to the reboot trilogy. Its world is populated with purpose and doesn’t spoon feed you everything. It’s a joy to explore and one that you’ll want to come back to again and again. An experience that will be enjoyable to newcomers, as well as series veterans. Shadow of the Tomb Raider feels like they’ve perfected the formula created in 2013. It will be exciting to see the next step.