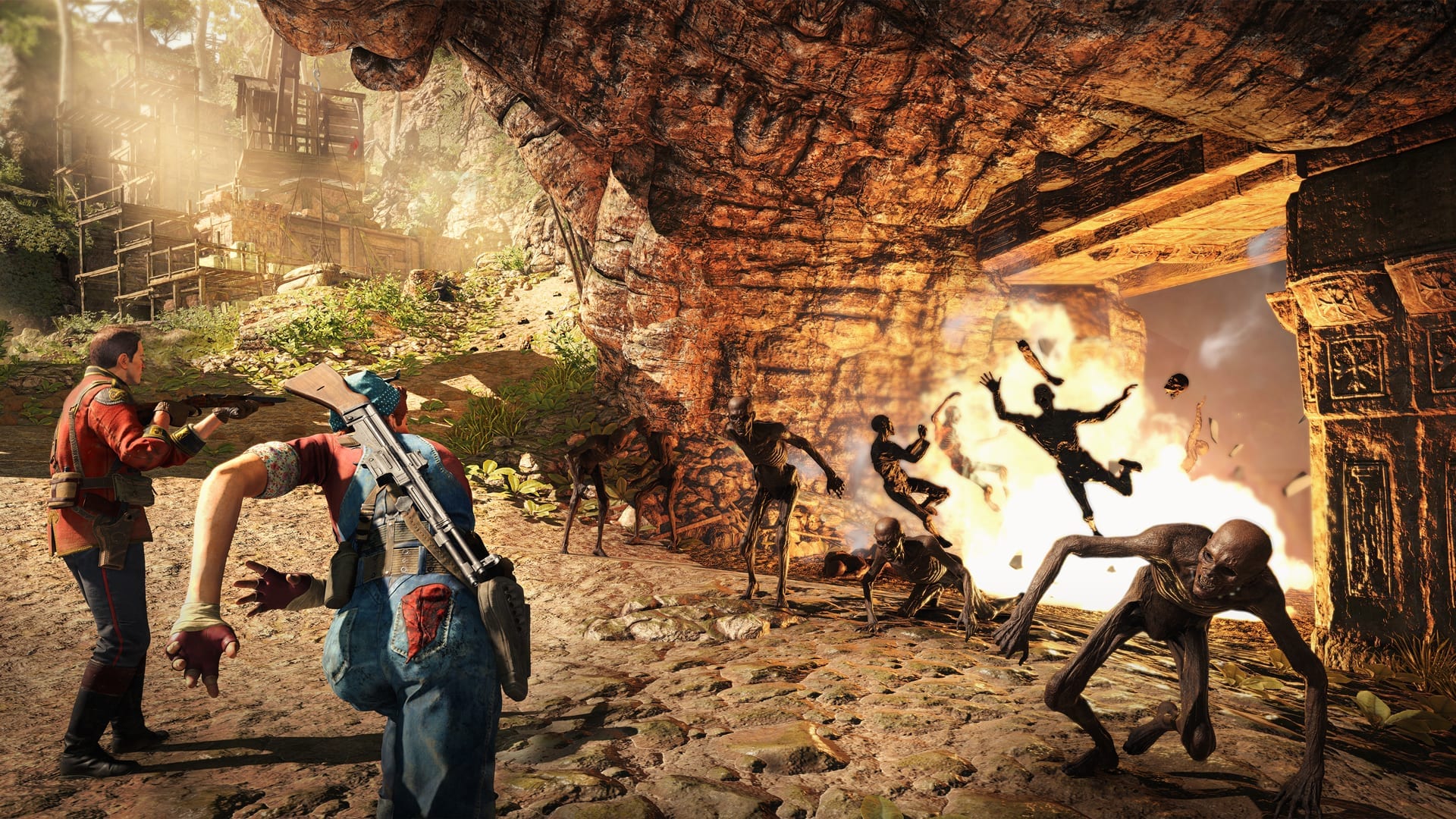 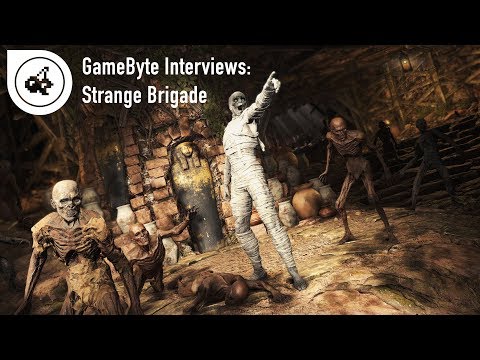 If you’ve ever wanted to know what it was like for explorers in the 1930s, Strange Brigade has you covered. Taking us on this journey are a band of secret agents who are hot on the trail of a previous explorer, Harbin, who unleashed the spirit of the ancient Queen Seteki. They take up the challenge of uncovering mysteries and putting a stop to the evil that the ancient Queen’s spirit is now wreaking upon the world. Naturally they hope to recover hidden relics from the ancient past but of course, get more than they bargained for.

Strange Brigade is a tongue-in-cheek third person shooter game from Rebellion. It’s perfect for solo play but is even more entertaining playing it co-operatively. The cast of characters you control, each with their own skills and weapons, take on ancient evils, uncover hidden relics and face off against hordes of the undead!

It’s a very unique game, both in it’s approach to game mechanics, but also in genre. There is some great humour built in and there’s plenty of action too, as the team pick their way through ancient ruins. All the while being narrated in a 1930s, overly dramatic style. 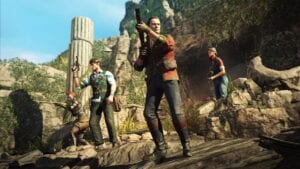 Though slightly cartoonish in style, there is no lack of detail in Strange Brigade. There’s a bit of everything you’d expect from a 1930’s adventure romp. Tombs, deserts, creeping vines and on top of that there’s well-textured campsites, great lighting and very distinct character designs.

In other words, the game has set its aesthetic and does a great job matching everything up nicely. The animations on characters and monsters alike run smoothly and so far and no awkward bugs or glitches were found during our playthrough.

There is another aspect to Strange Brigade that really sets it apart. Aside from the 1930s aesthetics and soundtrack there is one constant throughout that really brings the experience alive, the narrator. As the party uncovers more of the map, or performs death defying acts of bravery, the narrator is right alongside them, detailing every incident every step of the way.

This is where a lot of the games humour comes from. Yes, there are cartoon mummies, ancient soldiers and even giant scorpions, but the narrator adds wonderfully to the atmosphere. Overly dramatic, but sounding like he walked straight out of a classic British action film, it acts as a great backdrop for all of the feats of derring-do!

Booting up the game to begin these feats will see you with the opportunity to pick one of four characters. Each with their own unique weapons and abilities. There’s no melee, but each character uses a different gun, and has unique powers that allow you traverse the landscape differently. If you’re not sure which to go for at first, take them all out for a spin in the first area and see which works best. In co-op, you cannot take more than one of each character, so you’ll have to divide up the available characters between you. 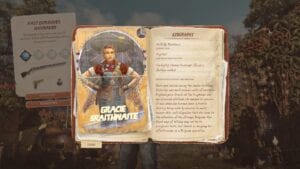 Who are these adventurers? Glad you asked. Frank Fairburne, previously a soldier of fortune, brings with him exceptional skill with hunting rifles. Archemedes de Quincey, whose thirst for knowledge lead him to be a scholar and then saw him specialise in sub-machine guns… as you do. Nalangu Rashida is a renowned demon hunter, and uses her knowledge of witchcraft and the occult, to help her better utilise Molotov cocktails and automatic rifles. Finally there is Gracie Braithwaite, a pugilist before joining the Strange Brigade, she has excellent mastery of double-barrelled shotguns and grenades.

Each character also has a unique ability, activated by ancient talismans. From pulling enemies towards them to AOE blasts, each character can hold their own. Their weapons can be traded for new ones and upgraded at supply chests along the way, giving you greater customisation over how you want to play. 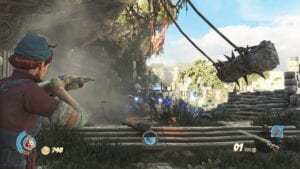 The game has some light puzzle elements which mixes things up nicely, and there are also lots of collectibles to find. Ancient relics await the keen-eyed explorer and thankfully, these feel far more like a treasure hunt than a chore to locate. Entire collections net extra rewards and bonuses, making them a good option to take the time to look for.

It is definitely more fun to play in a group, but there’s still plenty of action to be had by playing solo. Bosses are challenging and feel like accomplishments to defeat and there is a great plot and storyline to follow as well. The abilities and play styles of the different characters work really well, and allow groups to take down immense hordes of enemies if they work together carefully.

Strange Brigade is immensely fun, doesn’t take itself too seriously and allows wonderful interplay between the characters. It’s a polished release, something that is unfortunately quite rare these days. There are no game-breaking bugs, the graphics are bright and detailed, and the puzzle and action elements blend well together.