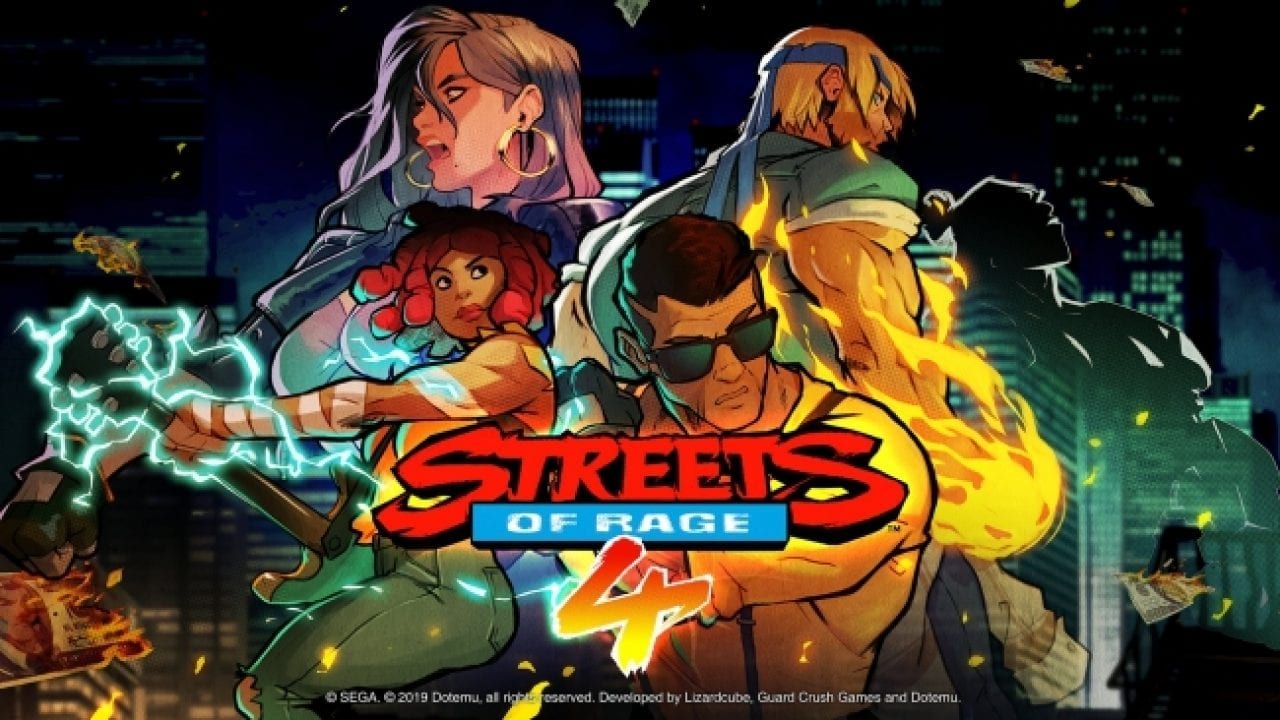 It’s been 26 long years since the world experienced a new Streets of Rage game, but today we welcome Streets of Rage 4. The new addition to the series has a lot of weight on its shoulders as the series is often regarded as one of the finest beat ’em up titles ever made. The original two games are seen as being up there with the best Sega Megadrive games and this new addition hopes to add to the lineage the series holds.

Does it live up to the hype?

Yes, yes it really does.

Long gone are the simple pixel art style seen in the originals. Now we welcome a slick animation style to the game which just looks beautiful. The blending of movement with vibrant colors works perfectly and really adds an extra dynamic to the game. Some have been opposed to this new presentation style, which is entirely understandable. The game is heavy set in the nostalgia realm so change is not something that is going to be welcomed by a lot of people. But, if the user can look beyond the nostalgia, the game looks incredible and even area effects such as fire and toxic spills have a certain glow that really highlights the danger of the environment.

The controls are simple, as they always have been, and that is completely fine. The game is not made to be complicated to control and isn’t reliant on button-mashing combos as much as say Street Fighter or Tekken. The challenge comes with how the user utilizes the attacks they have available to them. Some fighters, Blaze Fielding & Cherry Hunter, move a hell of a lot quicker than others, but their attacks are not as powerful. Axel Stone & Adam Hunter are more well-rounded characters, what they lack in speed can be made up by a slightly more powerful attack. Floyd Iraia acts as the tank, he’s slow-moving but packs a punch when it comes to his attack power. Each character has a differing special attack, used as a means of clearing the crowd and prevent the user from being mobbed. There are also the ultra attacks which are obtained only when the user has a star under their main health bar. When utilized correctly, those ultra moves can be a massive game-changer. 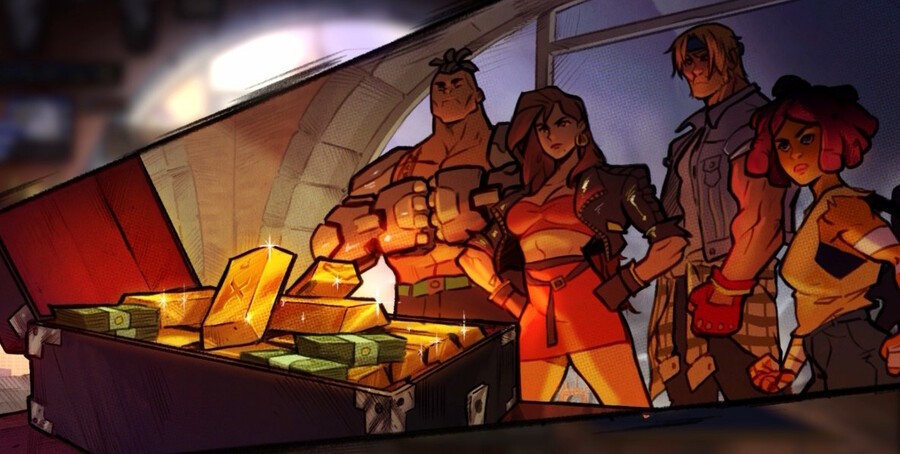 The actual gameplay flows nicely, only a few times did I ever find myself stuck in a corner or constantly being thrown down a hole in the floor without being able to avoid it. Enemies provide a manageable but dangerous opposition when not handles correctly. Shielded enemies and karate specialists offer a lot of different challenges to the simple grunts or the pot-bellied fire breathers. Team up with a friend either locally or online and the action is non-stop, fast, brutal and so nice to watch. No enemy seems to be overpowered compared to you, it’s more a case of they can feel very challenging should you not utilize what you have available to you. Mixing normal moves alongside power moves is essential and, whilst it can be a steep learning curve, works so perfectly when it is mastered. 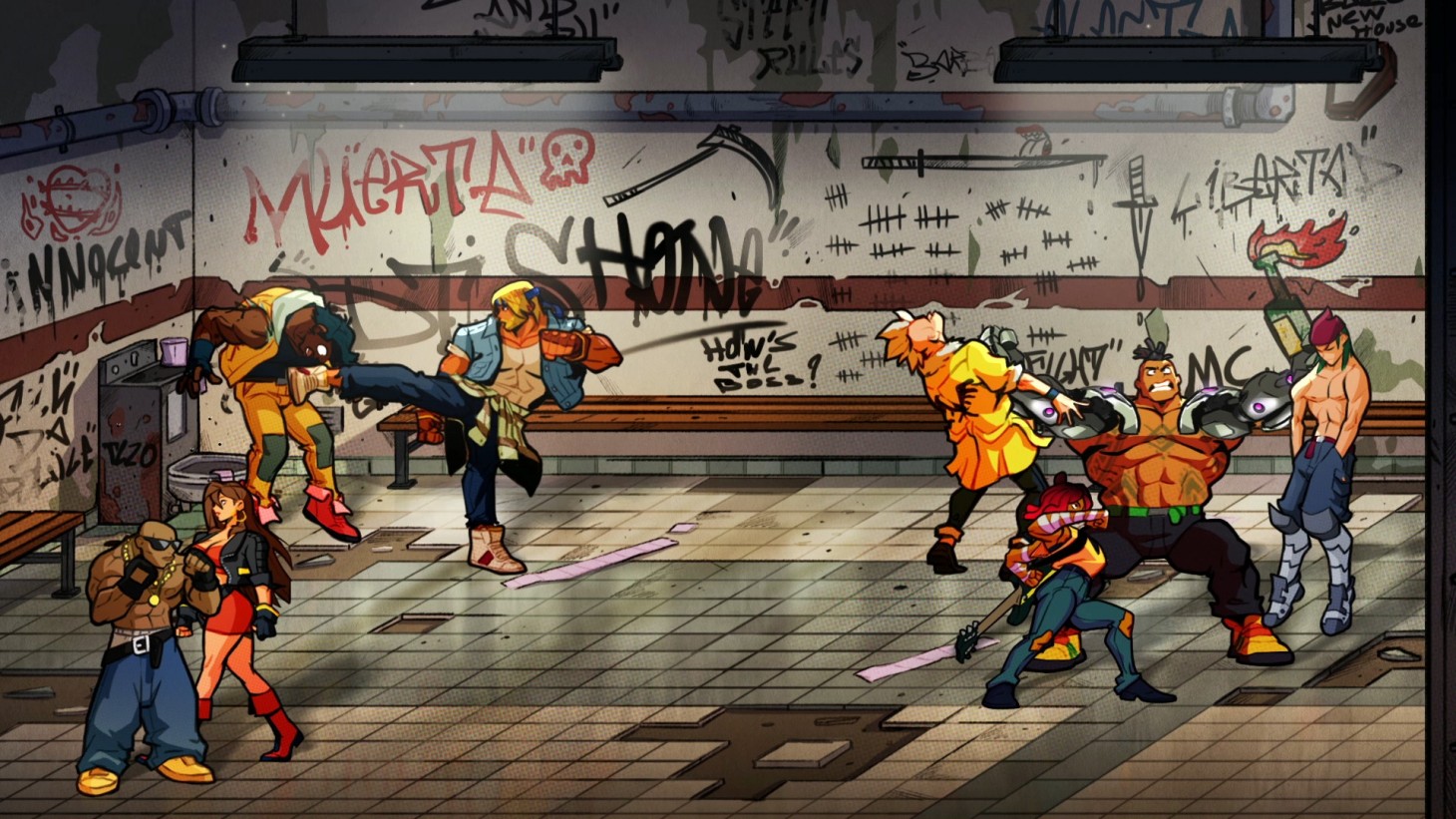 I will admit, I came into this game with a lot of nostalgia in mind. Streets of Rage was one of those games I played over and over again as a child on the Megadrive so I was slightly ambiguous when I finally got to play this title after years of waiting. Immediately I went and put that classic retro soundtrack option on and jumped into the campaign mode. Axel Stone selected, ready player one, “Stage One Go.” As soon as that soundtrack hit and Axel jumped onto the screen I knew this game was going to be good. It has lived up to all of my expectations and, whilst it’s not the longest game in the world, it has provided me with a countless amount of entertainment and hours of replayability. Streets of Rage 4 is definitely a welcomed addition to the epic series.