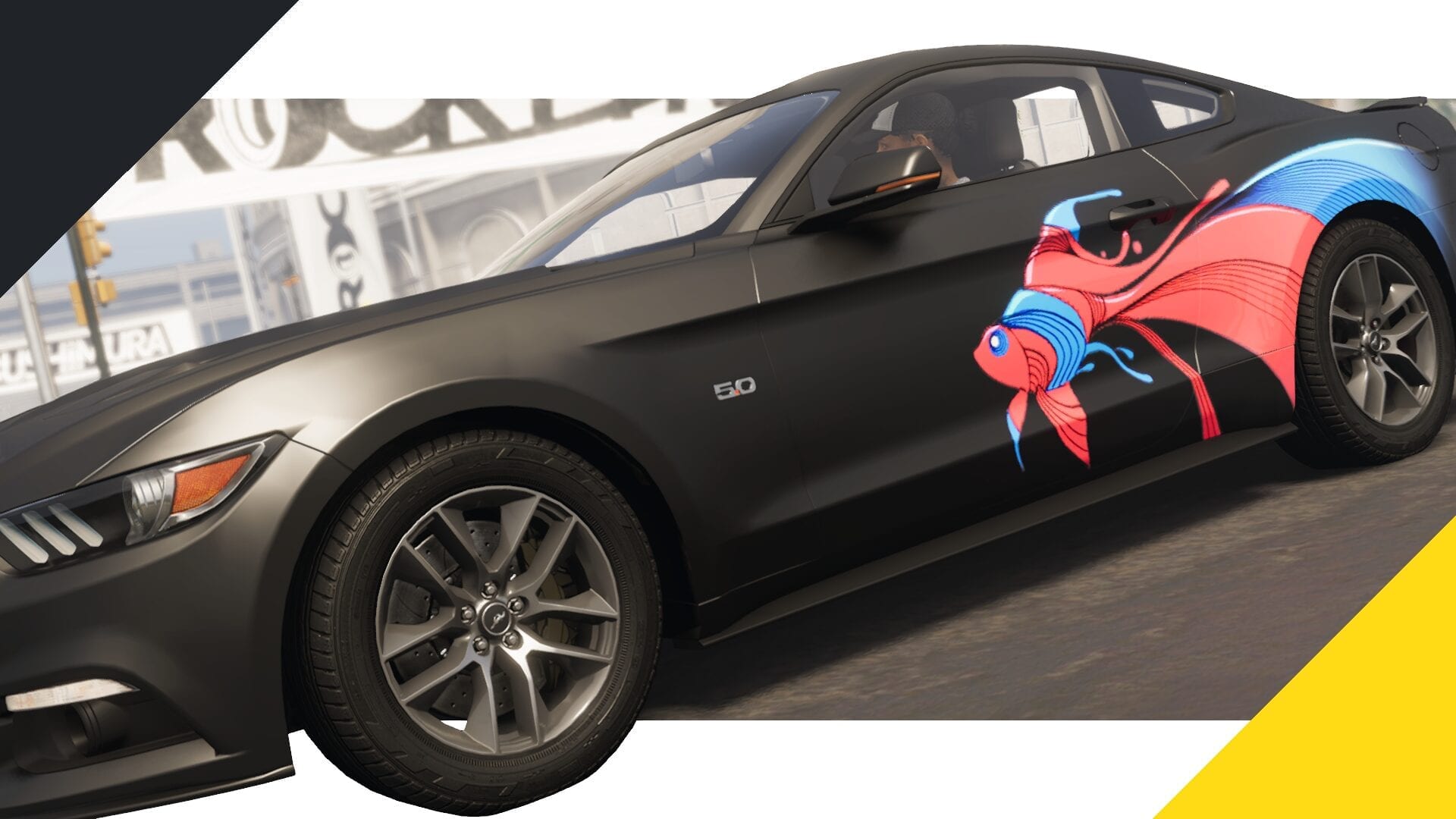 Sequel to the 2014 online racer, this game is a worthy successor of the much-beloved title. Though it has some flaws, the overall game experience is solid, and offers more to do than you could hope for. With a map that spans the entirety of the mainland of the US, there are plenty of areas to explore and mess up a little.

Though technically a multiplayer game, there isn’t much to do that requires or even allows for multiplayer play. All in all, others are usually just a few dots on the map and you may encounter the odd vehicle on the road or in the skies, but all in all, The Crew 2 is a single-player game that requires a constant Internet connection. This isn’t a bad thing as there is more than enough to do, but you shouldn’t buy it if what you’re after is competition with your mates.

First up, this game is an arcade racer and not a simulation. That means that instead of going for realism, physics and realistic damage or mechanics, this game is all about doing stunts and drifts and more. The game is loosely set within a series of extreme competitions but doesn’t follow a strong narrative – after an introduction and with the occasional narrated event mixed in, you can drive, fly and ride the available vehicles to your heart’s content. 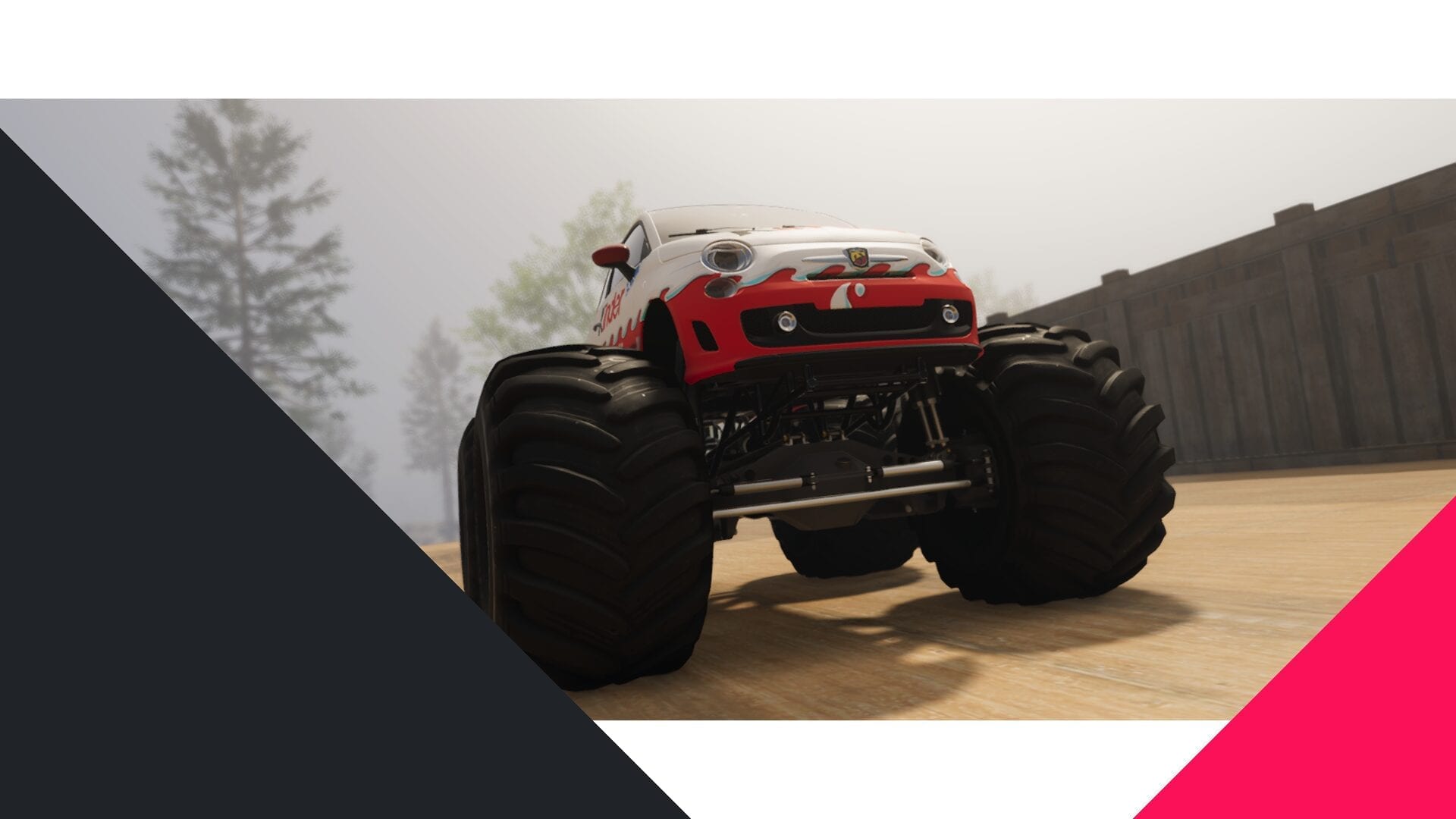 What sets this game apart from many similar ones is the variety of vehicles. While other games like GTA V have a similar amount of them, this game gives a completely different experience with them, as one of the biggest parts of flying planes is doing rolls, loops and more for example. There are over a dozen different types of competitions and more kinds of challenges to keep you busy. Multiplayer functionality is almost non-existent but despite its name, The Crew 2 works just fine as a single-player game. 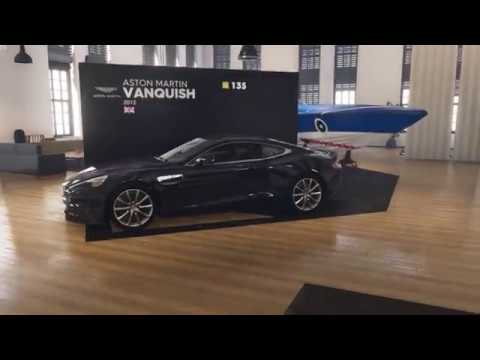 Simply put, the game is beautiful. Whether you look at it from the seat of a plane, boat or car, the environments are well-crafted and include a good amount of detail. Though when it comes to the surroundings a little more variety would have been good sometimes as there are large areas of just woods or desert without much in them, even they serve a purpose – namely as the backdrop for flight competitions that just happen to need a fair amount of space.

While there could be a little more detail to the textures, especially where trees are concerned, mid-race or mid-flight this shortcoming isn’t all that noticeable. When it comes to the vehicles and their customisation options, the game is as close to perfect as it gets – dozens of different colours in different finishes, decals and even options like lights, seats, handlebars and more let you customise your ride without affecting the actual performance – that is an upgrade system all of its own. 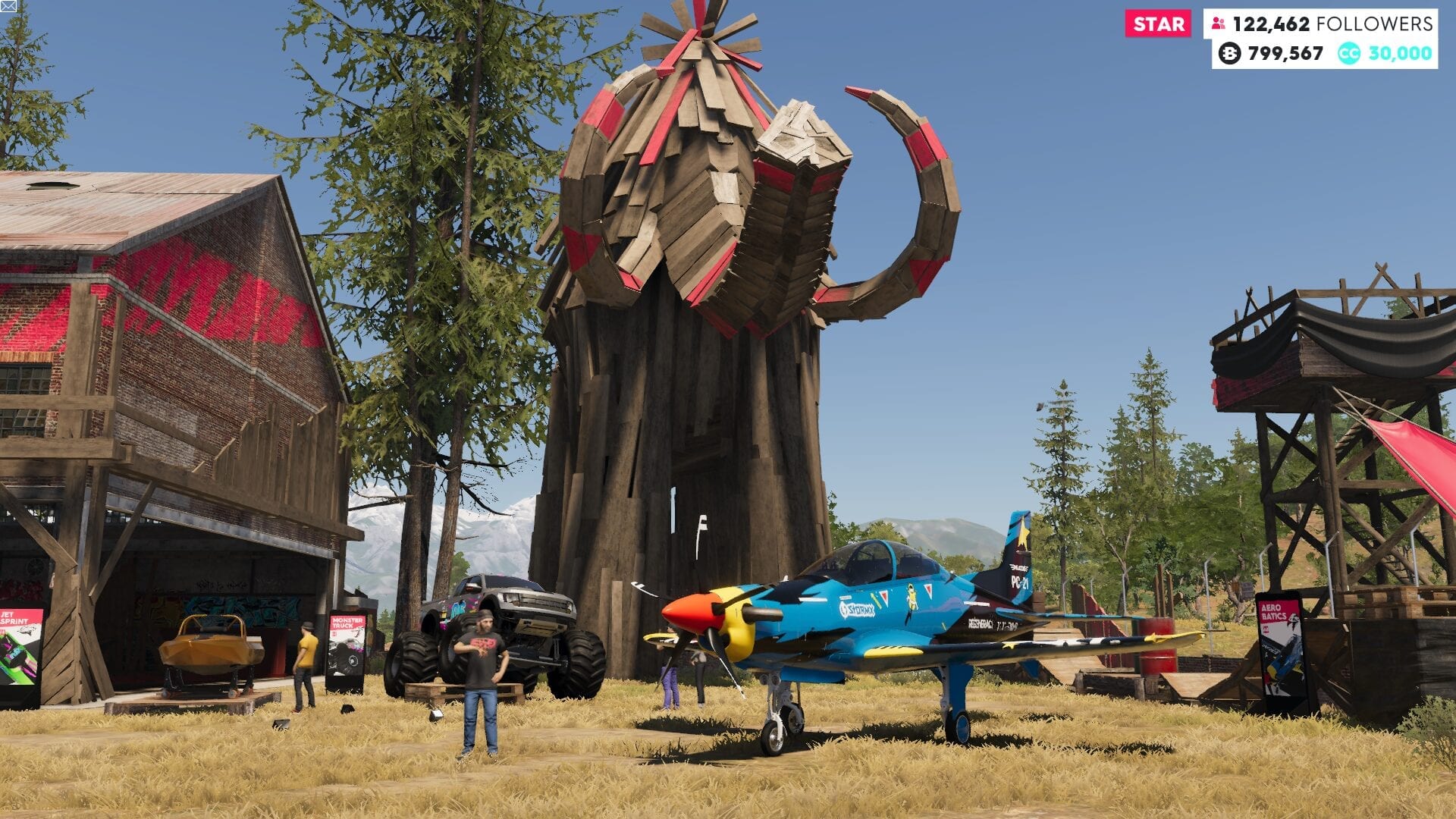 The game features different radio channels, much like games like GTA V do. A rock channel, hip-hop channel, country channel and more allow for some good variety. The songs that are available aren’t quite as high-profile ones as GTA might have, but they are nice and make for pleasant listening.

As for the sounds of the engines, this game manages to sound pretty good despite ‘only’ being an arcade racer. Where a simulation game would place far more stock in this aspect, The Crew 2 nevertheless does a more than decent job. When it comes to the voice acting, the game is also quite solid. Voices sound natural and pleasant although some of the dialogue is less than riveting, for a game as action-focused as this one, that’s hardly a big loss. 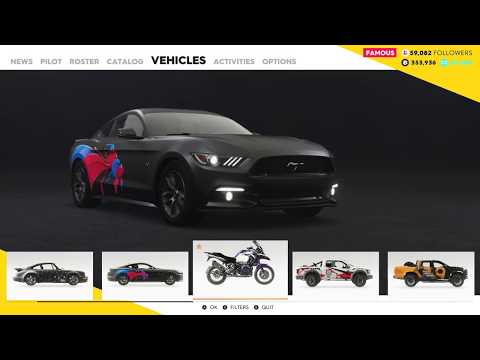 How good an experience this is completely depends on the game mode. While there are some obvious differences in how vehicles are supposed to handle, some are just far better than others. Car racing for example – while the general driving mechanics are okay, often a slight push from another car will be enough to knock you off-track. Motorbikes are better in this regard with the notable exception of dirt or off-road bikes. They have some of the worst mechanics in the whole game and wobble much like a teenager during his first driving lesson would. 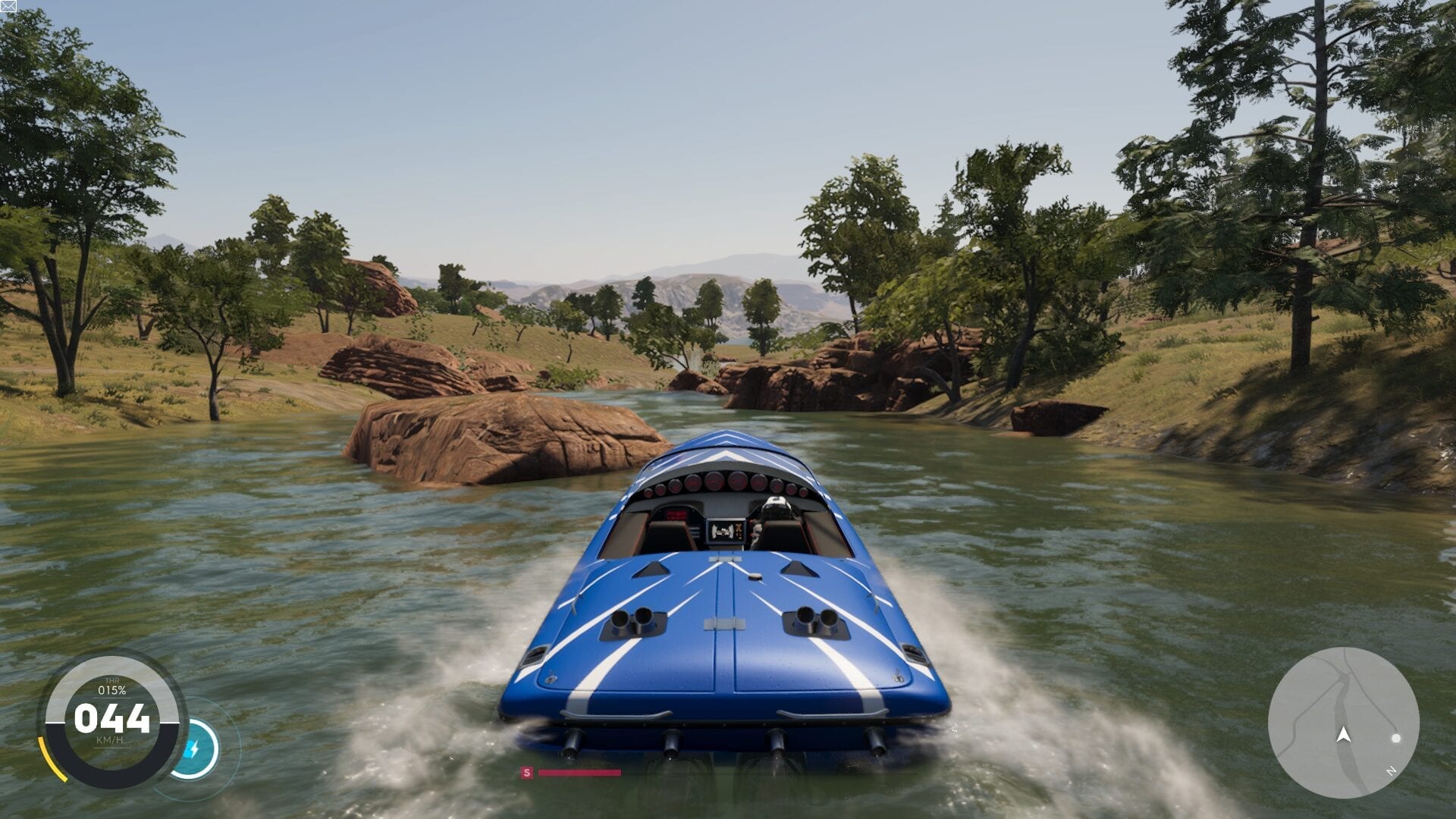 Boat races, although not quite as action-packed as the land-races is better, and with the added mechanic of waves in the ocean and jumps, it is more fun than I expected it to be. Nevertheless, it couldn’t even come close to my favourite game mode: Aerobatics. While there are plane races as well, the trick-flight events are a category in and of themselves, and they are spectacularly entertaining.

With a large variety of tricks and challenges even replaying the same challenge a few times remains fun. All events, no matter the vehicle contribute to the overall amount of fans (which work as experience in this game). With advanced levels like Famous or Star, more challenges and new game modes unlock. All in all, the game has a good amount of content and mini-events and challenges pop up regularly too.

The Crew 2 is a mixed bag – it’s beautiful, has a huge map that can feel a bit boring in some areas. It has great vehicles and a few not so great ones. Vehicle detail and customisation are great but backdrop textures need a little work. The audio and sounds of the game are great, but the controls aren’t perfect. All in all, it is a very solid game and worth picking up for the fun flight challenges alone. If you’re not sure about it, wait until it’s going on sale. Odds are, you won’t regret it!

Also, you can fly boats in the game, and there aren’t too many others that let you do that. Here’s proof: 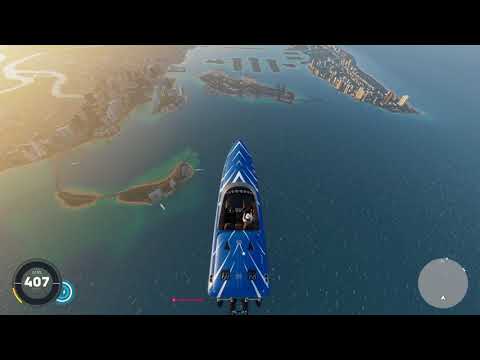