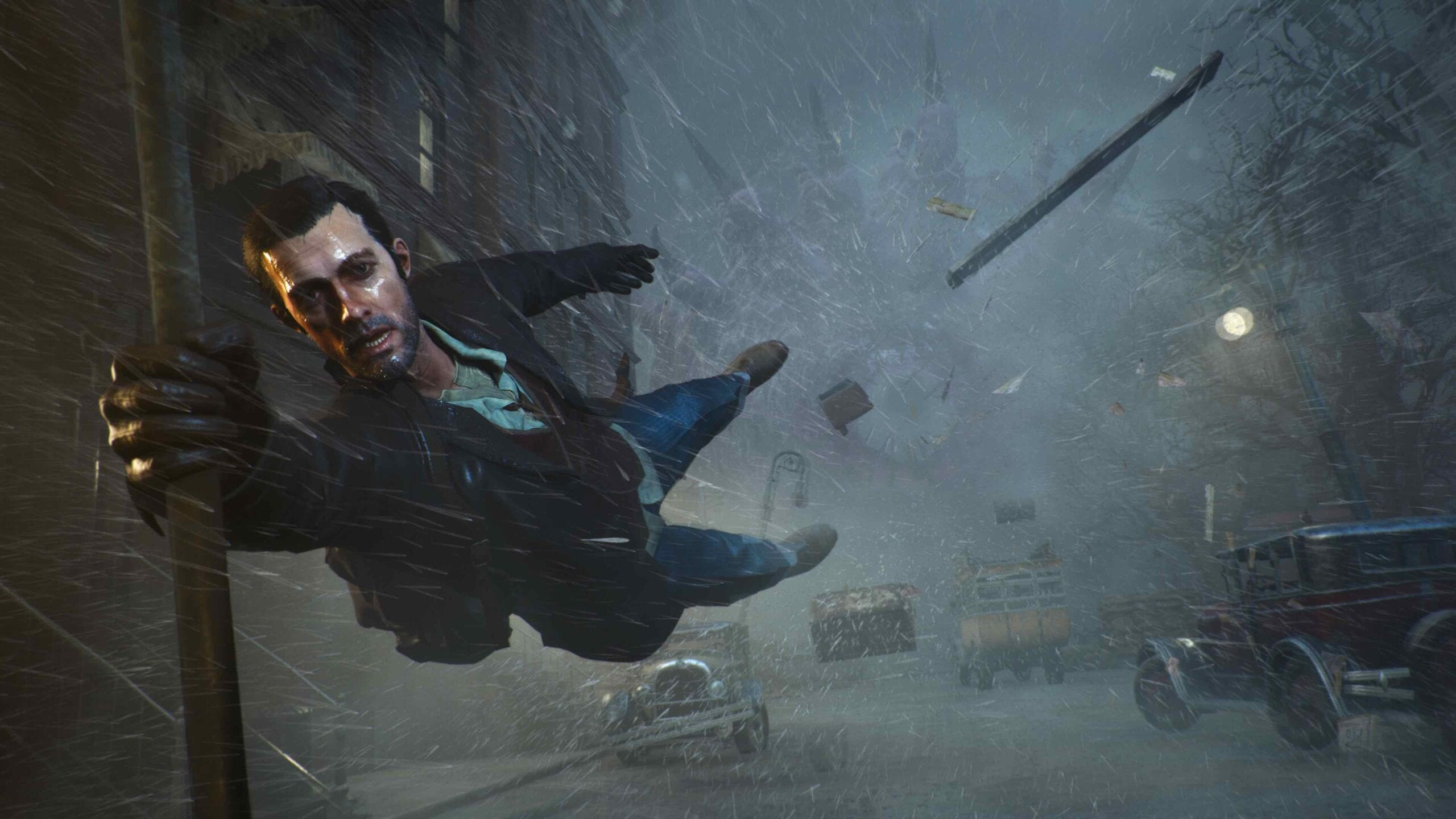 The Sinking City is a dream made flesh for fans of horror and the bizarre – rather disturbing, madness-fuelled flesh, but flesh nonetheless.

Set in the very early 1900s in the prohibition era, a tortured detective sets out to a city filled with mysteries, strange creatures and more.

Oakmont isn’t your normal American city – after a Flood submerged large parts of it, strange creatures started appearing, and madness spread among the survivors like the common cold. Being an expert sleuth, our protagonist Charles has to deal with all sorts of uncooperative beings – from innkeepers that want him gone to misshapen monstrosities that want him dead, all the while he investigates the various crimes going on in the city.

Developer Frogwares is no stranger to detective games – they have worked on and released multiple Sherlock Holmes games prior to this one. It shows – the investigative elements are just the right mix of blatantly obvious (or perhaps misleading?) and cryptic. In fact, the game prides itself on its complete lack of tutorials and ‘hand-holding’. There are no instructions on where to go and what to do, there aren’t even helpful map markers – you have to place them yourself.

This gives it a unique feel even as we investigate the seemingly impossible events in Oakmont. Some riddles and logical leaps feel a little ‘out there’ such as being expected to guess that the casual mention of a glass factory by a murder suspect warrants a trip down to city hall (a business we have never been to, at that point) in order to look up said business and find out its location so we can then go and find it and advance the story.

Speaking of advancing – the game boasts a pretty big open world; however, it ends up feeling a lot smaller than intended. While there is a good variety of places there are entire streets in the map are purely there for fluff, with nothing and no one to interact with there. This feels disappointing and takes away from the creative and immersive design of our sinking city.

As for immersion – this game has some of the best eerie sound effects and background sounds we’ve ever come across. At the very least, it’s one of the game’s best features. Dripping water from pipes in basements, the cackling of deformed enemies in the dark… or is it just our mind playing tricks on us? With a rapidly decreasing sanity counter that lowers every time we see something otherworldly, simply hallucinating enemies is a perfectly possible occurrence.

Of course, when the enemies turn out to be real after all (and sometimes even when they don’t), we need to stop them by putting bullets through them. Remember how the game features zero handholding? Well, there also aren’t any warnings when you are about to enter a zone with enemies stronger than you, nor does the game reload when you run out of bullets – you have to do that manually.

This adds more difficulty to an already challenging title and makes for an overall experience that probably isn’t too well-suited to people unfamiliar with the genre or looking for an easy story. The story is there – a great story actually – but you do have to work for it, through plenty of main and side-quests and more than a few occult mysteries.

Graphically the game looks pretty even on lower settings. There is remarkable attention to detail in the cityscape with the lack of explorable buildings being the one disappointing shortcoming, really. The graphical prowess of the game does come at a performance cost, as low-tier systems may struggle to run the game because of noticeable framerate drops.

Despite being an “open world game” there were a number of loading screens upon entering buildings for either the first time or in some cases every time, and this was a bit disappointing. Transitions could have been handled more smoothly by quietly preloading the few fleshed out buildings as you approach them, rather than when you walk through the door and have to look at a pitch-black loading screen for a few seconds.

When out in the city the open world feels very smooth with limited texture pop-in and no loading screens there, although during our review there was one instance of a section of the map failing to load until we’d stood on the edge staring into the void for a few seconds, wondering if what we were seeing was a visual bug or the Sinking City doing just that – at the very least that time, it was a bug and more of the map loaded relatively quickly.

In conclusion, trying to stay sane in a place that seems to have all but given up on that endeavour is difficult – the fact that our sleuth has visions and struggles himself, of course, doesn’t help. Well, technically it does in that it allows him to increase his investigative abilities with some supernatural tricks that are actually fun to use, but all in all, what Charles Reed wants is to go to sleep somewhere safe and wake up with no nightmares – Oakmont has a thing or two to say about that though!

The eerie story of his exploration is told in a compelling way and across a relatively big city that is, unfortunately, a bit empty at times. Given the otherwise good attention to detail, this can get boring and repetitive pretty quickly. There are some flaws in Sinking City, but there is plenty of clever content to keep the player interested.

Tip: Visit the basement lockers of the Asylum – you may just find something amusing!