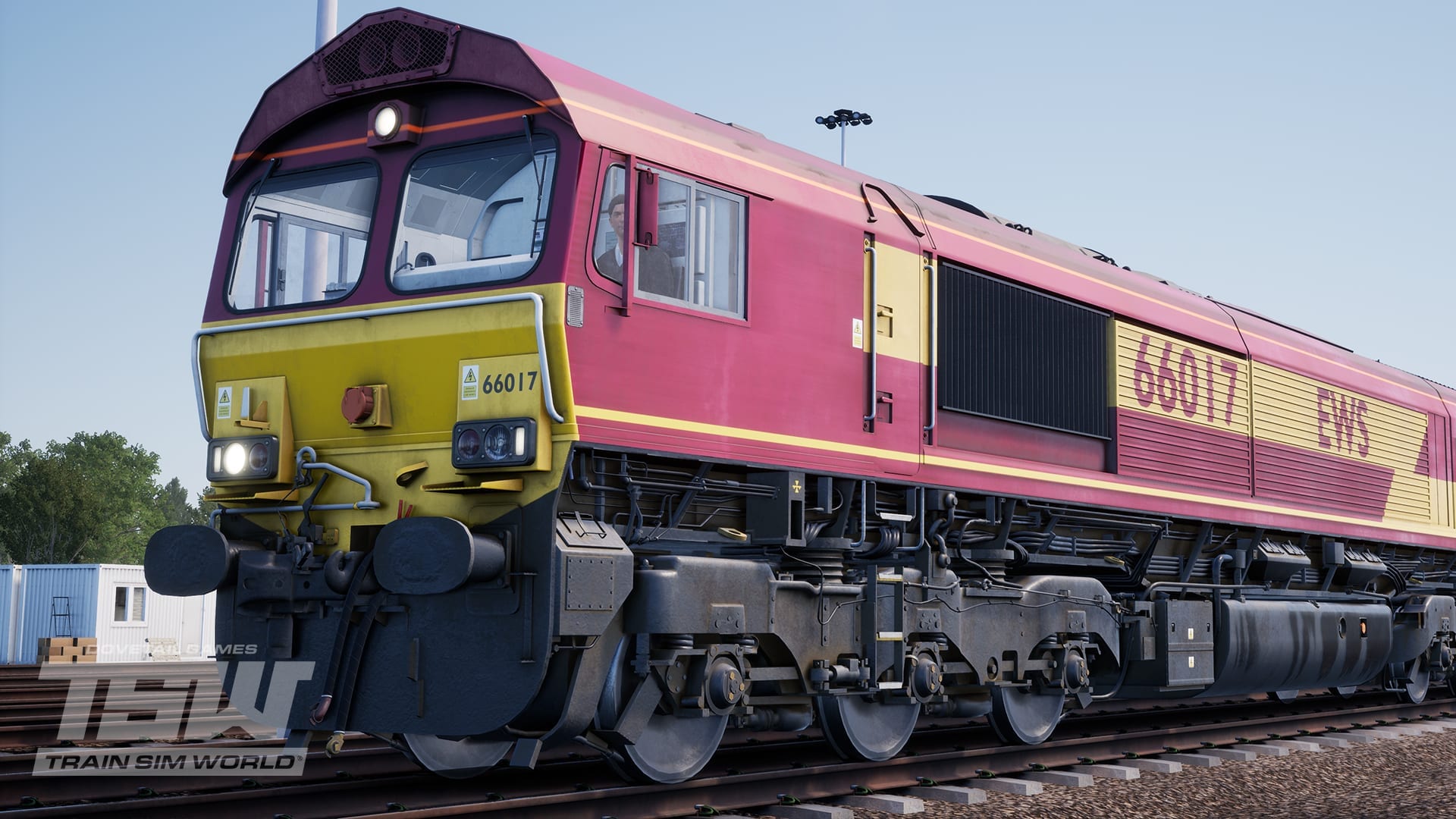 Simulator games occupy an interesting niche. Be it operating a bus company, driving a lorry or ploughing a field on t’ farm, there’s a simulator out there to cater to what you want. And most of them share common traits. They focus on attention to detail, replicating their real-life setting as accurately as possible. Lacking the budget of AAA games means there’s often a few rough edges and bugs, but that’s part of the charm. And ultimately simulators provide a much more relaxed gaming experience than the big-budget bombast of AAA. For when you just want to sit down at your PC, kick back and catch up on your podcasts, there’s a simulator ready and waiting for you to immerse yourself in for a few hours. 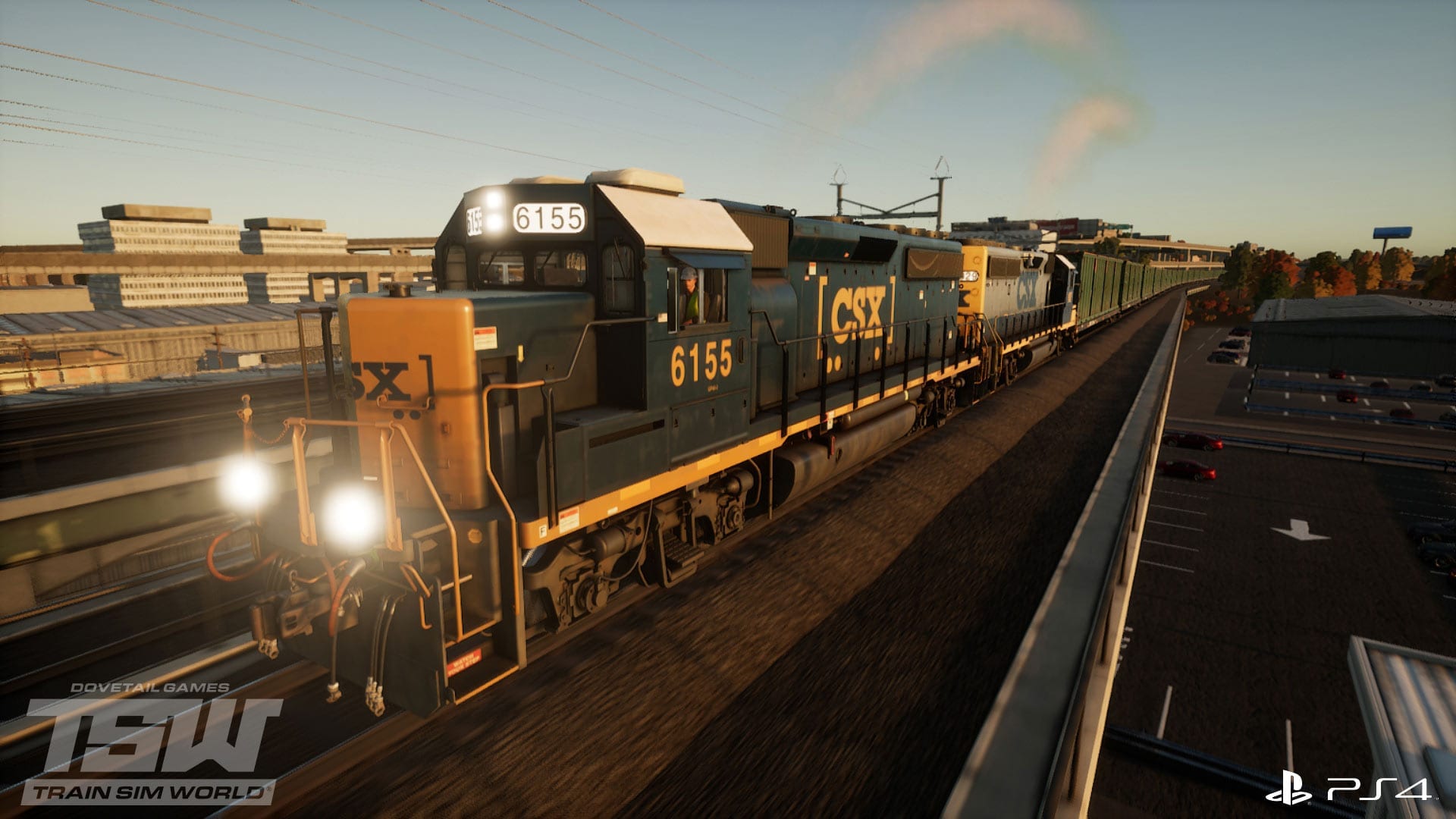 All of this makes the release of Train Sim World onto consoles an intriguing prospect.

Most simulators – including Dovetail Games’ own long-running Train Simulator series – are largely PC-centric. But with the likes of Farming Simulator starting to crop up on consoles, Train Sim World has made the jump. And the most common critical response so far has been along the lines of ‘well, I guess if you’re into this sort of thing, it’s alright I suppose…?’

Now folks, I have a confession to make. I am what some people might call a rail enthusiast. I’ve built model railways, I’ve sunk many hours into the previous Train Simulator games, and I can recite far too much trivia about old locomotives than is probably healthy. I am most definitely into ‘this sort of thing’. 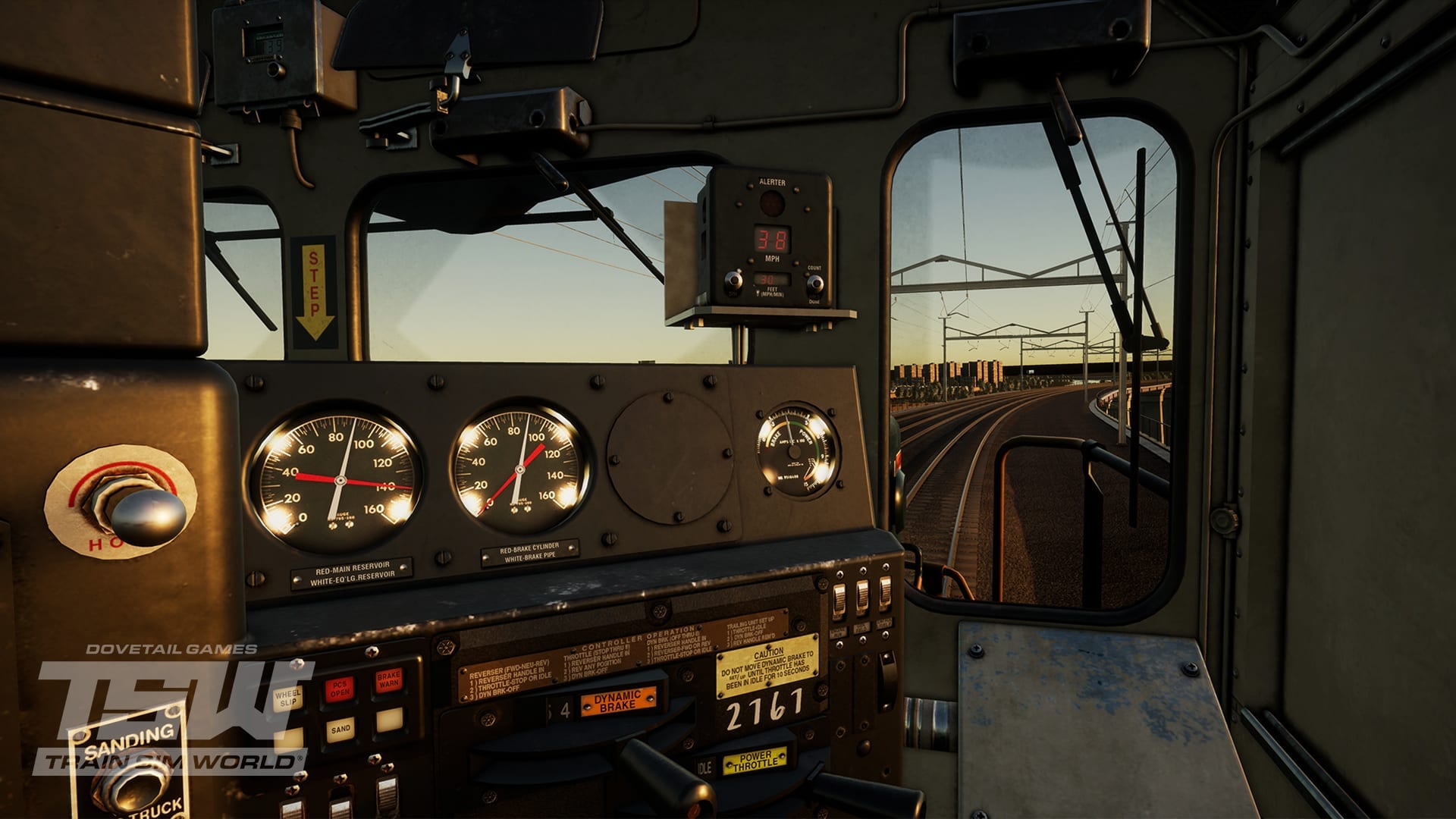 So given I’m both an avid console gamer and a big ol’ train nerd, I was especially curious to get stuck into Train Sim World.

None of this is to say that only experts in a given genre are allowed to review games of that genre. Far from it. And in fact, I was particularly interested to see how TSW accommodated new and more casual players – trains aren’t easy things to operate. Additionally TSW introduces on-foot elements, including free-roam exploration of stations and riding trains as a passenger.

So with all this in mind, how does TSW hold up?

Let’s get the negatives out the way first. As mentioned earlier, simulators often struggle to match the graphical fidelity of their AAA counterparts, and TSW is no exception. There’s a large amount of pop-in, most noticeably in the menus when loading models. Some textures on buildings and interiors of trains are best not viewed close-up at all. And unfortunately, we do have to talk about the framerate – or lack of. It struggles to stay at a stable level, and even moving around a deserted station or through a half-empty train carriage can cause very noticeable framedrops. 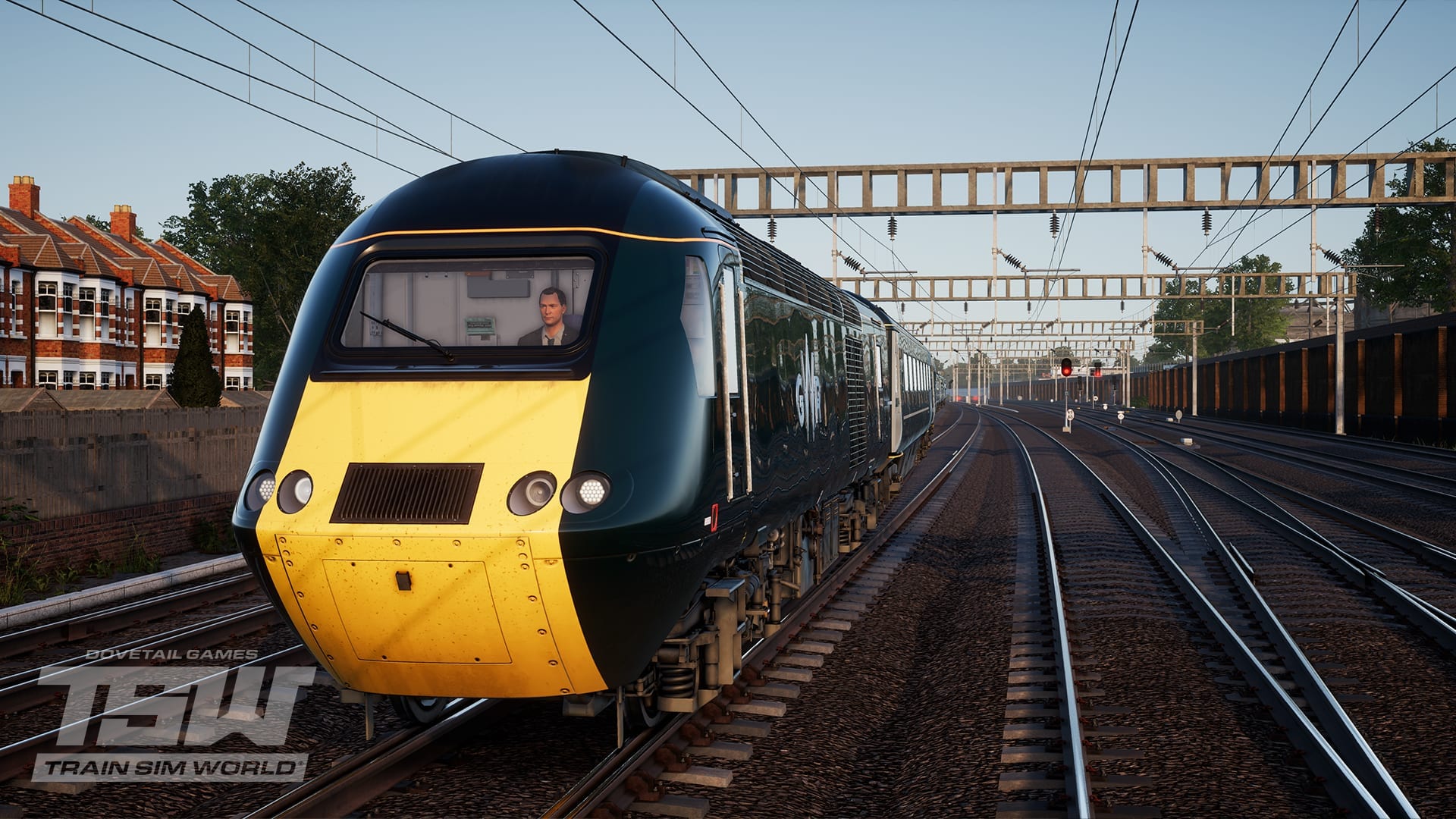 Additionally, there is the usual range of glitches one can expect in most simulator games, mostly in the on-foot sections. It’s alarmingly easy to fall onto the tracks and be unable to get back onto the platforms, and objective markers can sometimes be haphazard to the point of mission-breaking. The passenger AI is functional, but prone to weird moments: for example, teleporting in randomly when disembarking from a train, or merging into the player’s body. These are all technical hiccups that may or may not be deal-breakers; for me they were not issues, but bear them in mind if choosing to pick this up.

Personally, my biggest problem was a more general one. Three routes are included in the game on launch; the London to Reading section of the Great Western Main Line in the UK, the Leipzig S2 S-Bahn in Germany and the New York section of the Amtrak Northeast Corridor in America. And whilst all three routes are modelled with fantastic accuracy, with bridges, buildings and signs exactly where they are in real life, the in-game world as a whole can feel very lifeless. London Paddington station can be a barren wasteland, with very little trains arriving and departing and a total lack of NPCs walking around. Well, aside from the cluster of low-res static figures frozen in time and space on the station concourse. It makes one of London’s busiest stations feel like the set of a zombie apocalypse movie directed by M. Night Shamalyan.

Some scenarios do feature more AI trains trundling about depending on the time of day, but regardless the in-game world is often very sparsely populated. Obviously there is a lot for the game engine to render at any one time, particularly in a vast station such as Paddington. But a little more atmosphere and interaction would be nice; for example, some idle chit-chat between NPCs about how their day at work was. 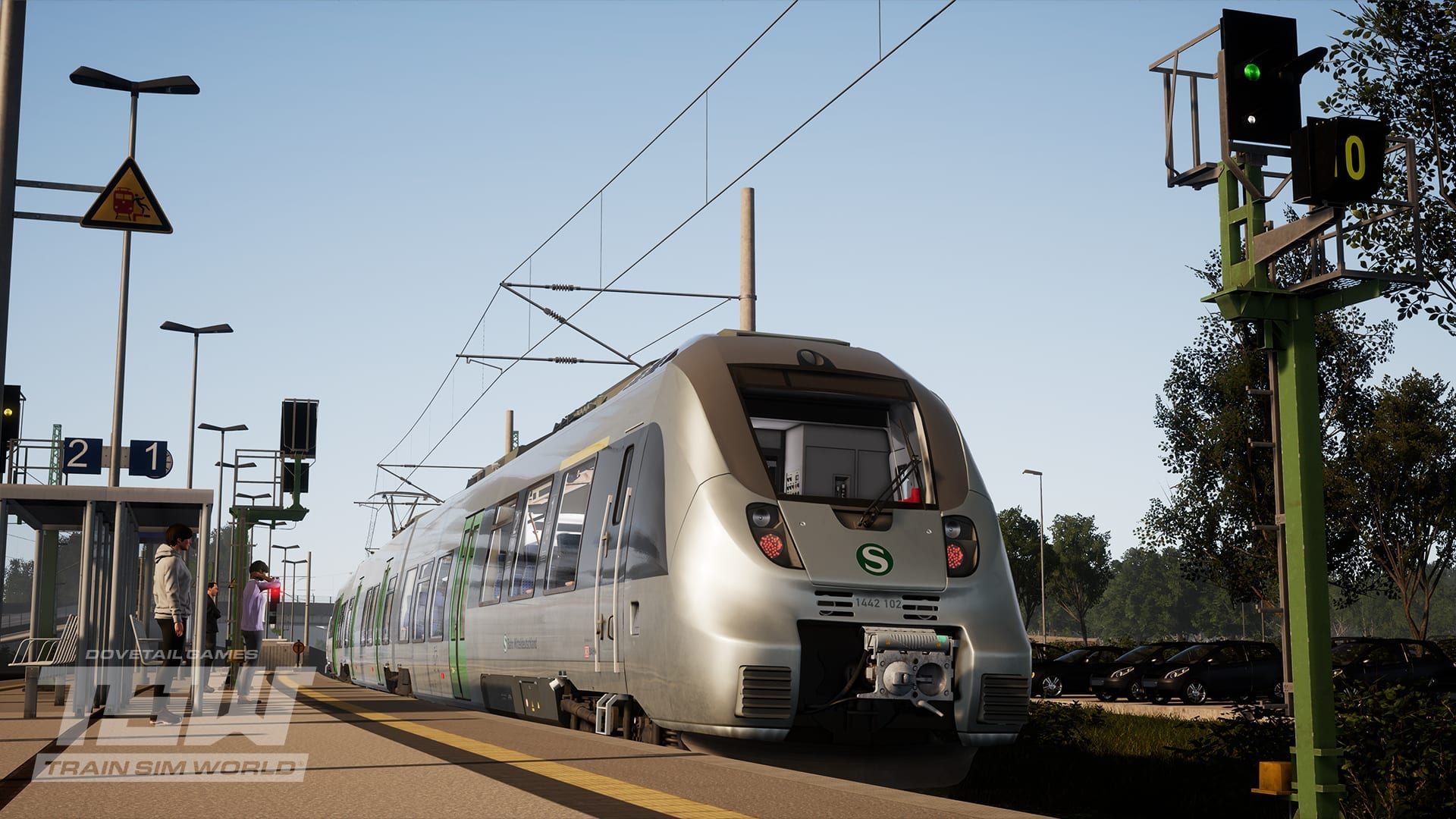 So having grumbled like a commuter running late for work, it’s time to clarify; inspite of my criticisms, I still like this game very much. And here’s why.

As previously mentioned, simulators are all about immersion through laid-back, thoughtful gameplay. Doing simple tasks that seem mundane on paper but engaging in reality. Does driving trains come under that banner? Yes.

And does Train Sim World provide that kind of experience? Yes.

On paper, three maps and a total of six locomotives between them doesn’t sound like a lot. And if I was being churlish, I would’ve liked some extra variety – a historic setting featuring old steam locomotives, for that Hogwarts Express vibe, would’ve been awesome. But the locomotives and maps we do get are rendered very accurately; inspite of earlier criticisms I had about the graphics, the trains themselves look fantastic, complemented by an actually very strong lighting engine.

In addition, a good selection of scenarios and the addition of a free-form Services mode, allowing players to explore stations and drive trains (and hunt for collectables!) in real-time, adds plenty of variety and replay value. Each locomotive has its own unique control scheme and nuanced driving style. And scenarios take advantage of that; driving a Class 43 High Speed Train on a fast express train is a very different experience to shunting wagons in a Class 66 or GP-38 diesel locomotive.

And each time I picked up the game to play it some more for research purposes, I found myself getting engrossed and sinking hours into it at a time, deriving genuine satisfaction from completing simple tasks and watching the landscapes fly past the window of my loco cab. The control scheme translates well from keyboard to pad, and the UI is nicely laid out with plenty of tooltips to help you get your head around how to start up and operate each locomotive. It’s still not an easy game to play from a beginner perspective, but give it enough patience and tutorial time and you should be up to speed in decent time. 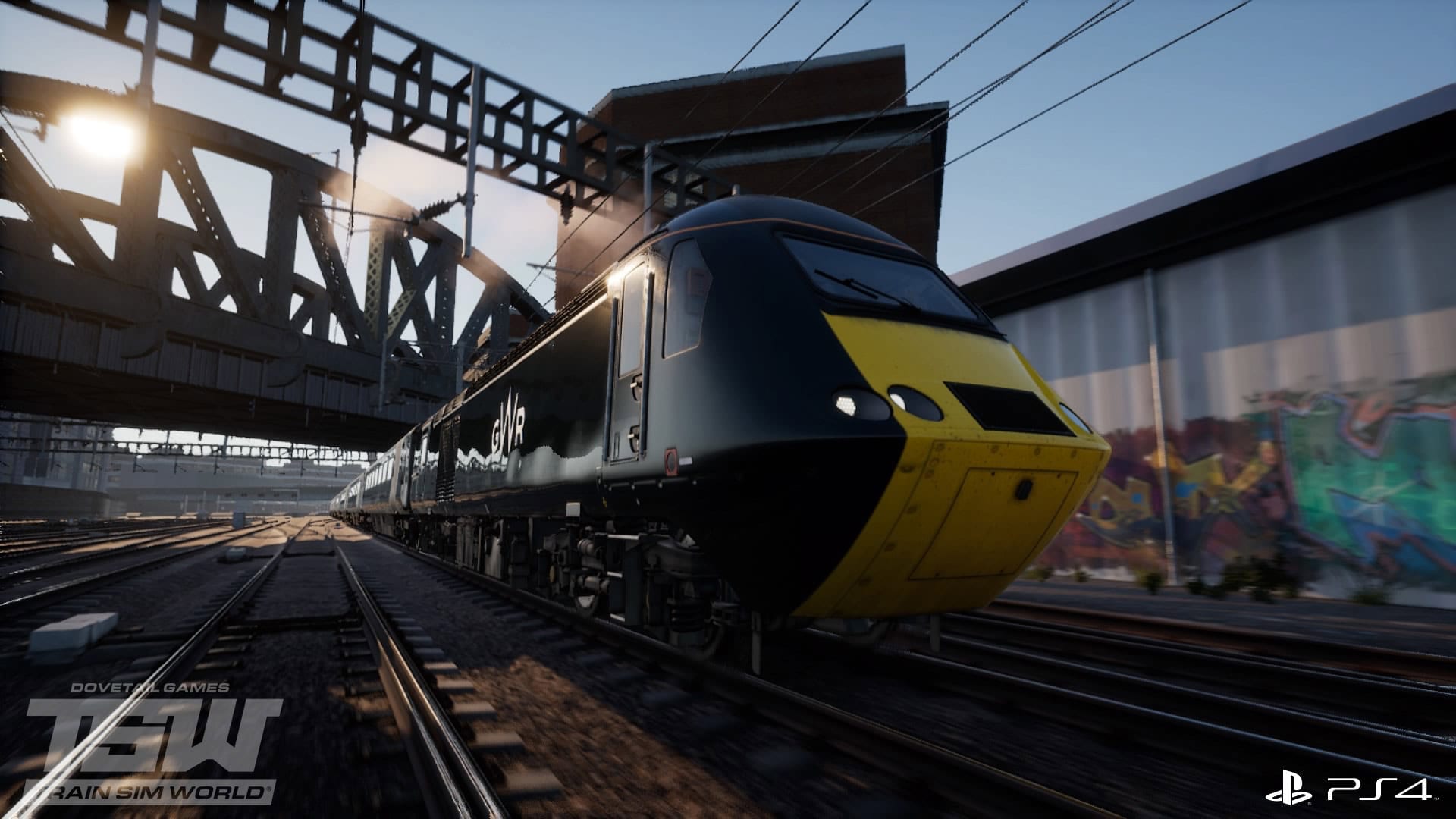 As it stands, there is more than enough content to plough through in the base game and provide many hours of gameplay. Knowing Dovetail Games’ propensity for DLC packs – there’s currently over 450 DLC packs on Steam for Train Simulator and counting – there will certainly be more content on the way in future. Given the base game is £40 on PSN, your mileage may vary for additional locos and maps at around £20 a pop. But ultimately, what you get in the base game ticks most of the simulator boxes; engaging gameplay.

Put it this way – playing TSW is like operating a model railway. Inspite of the lifeless buildings and static figures, it’s fun to make highly-detailed trains trundle up and down. And unlike a model railway, you don’t have to spend hundreds of pounds and spend years building the entire world by hand.

All you have to do is turn on your PS4 and brew a cuppa tea.