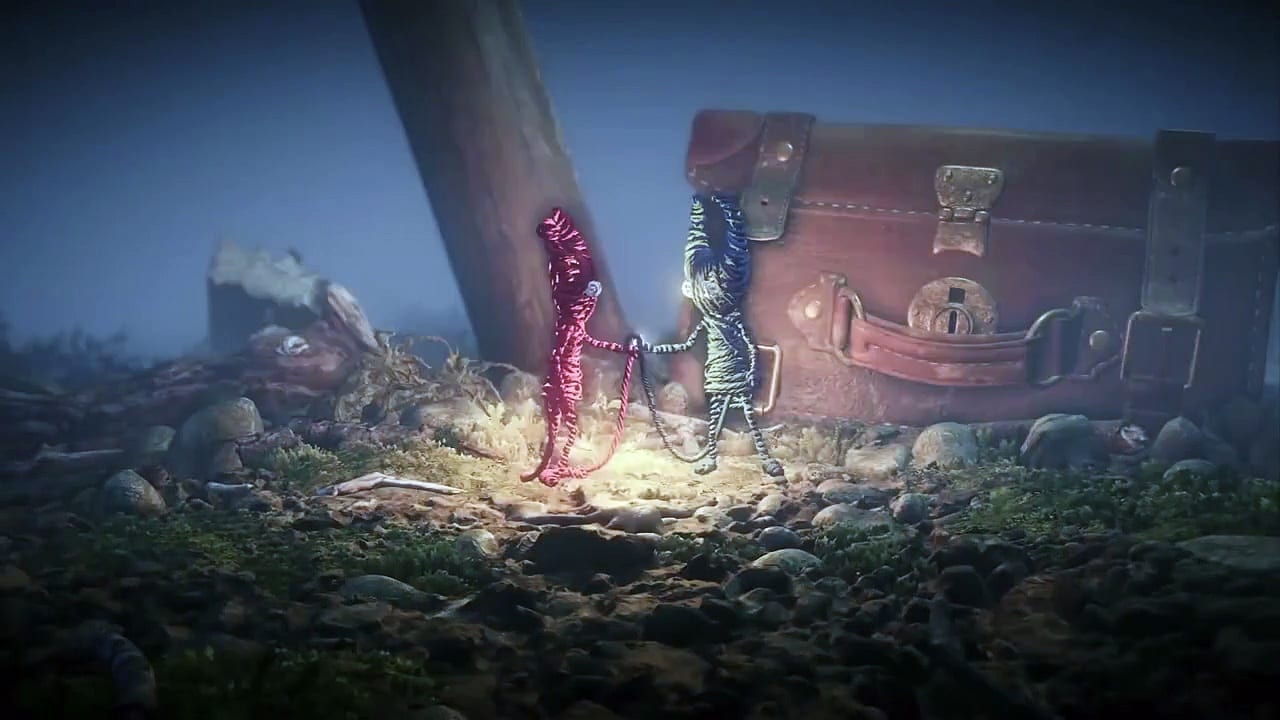 Unravel Two is, not surprisingly, a sequel to the original Unravel. Much like in the first game you are a yarn figure that, for some reason, is alive and runs around whilst completing platformer based puzzles. This time though there’s a fairly big difference. 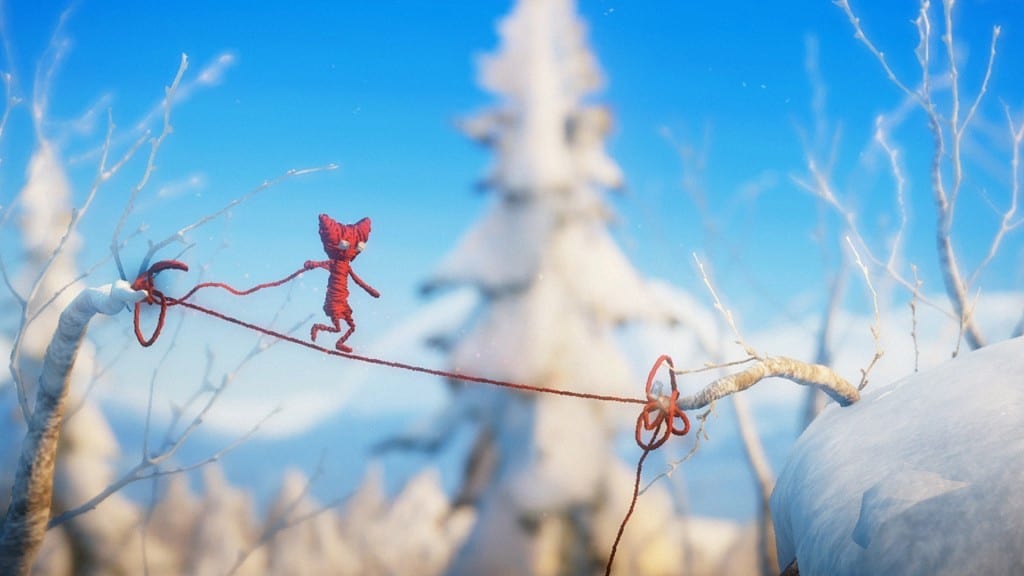 You see, Unravel Two isn’t just a generic namesake for a sequel but also a key way of highlighting that you’ll have a partner in crime this time around that’s attached to you. People that aren’t fans of multiplayer games don’t need to worry though. The game can still be played single player, with you zapping in-between each yarny boi to progress through the level. 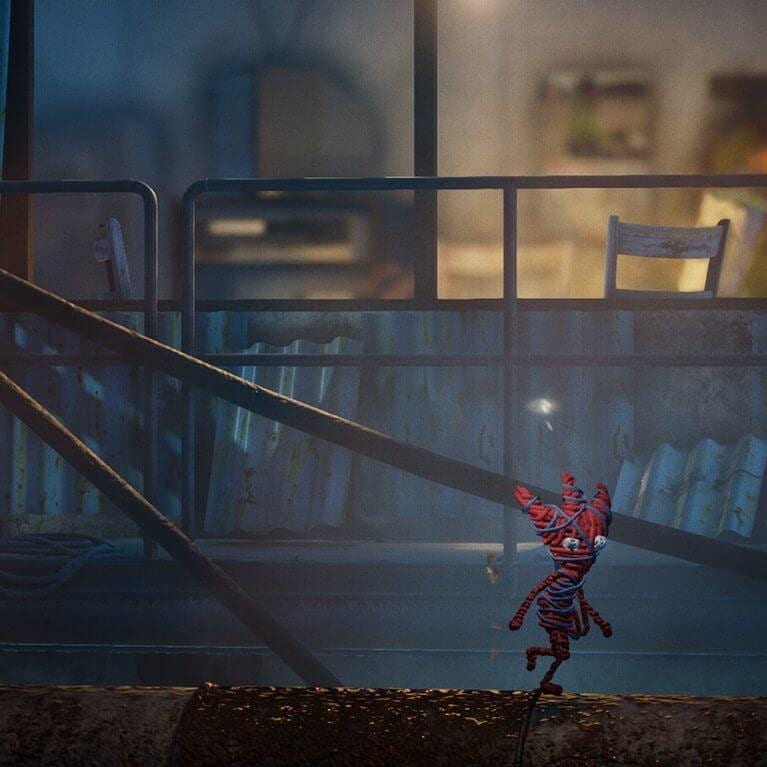 It may sound cumbersome having to control two characters at once by yourself but don’t worry. The developers realised that and allow you to merge them into one Yarny that can be controlled by one player. This is handy for manoeuvring difficult to reach areas in a more efficient fashion and helps speed up level progress in general. 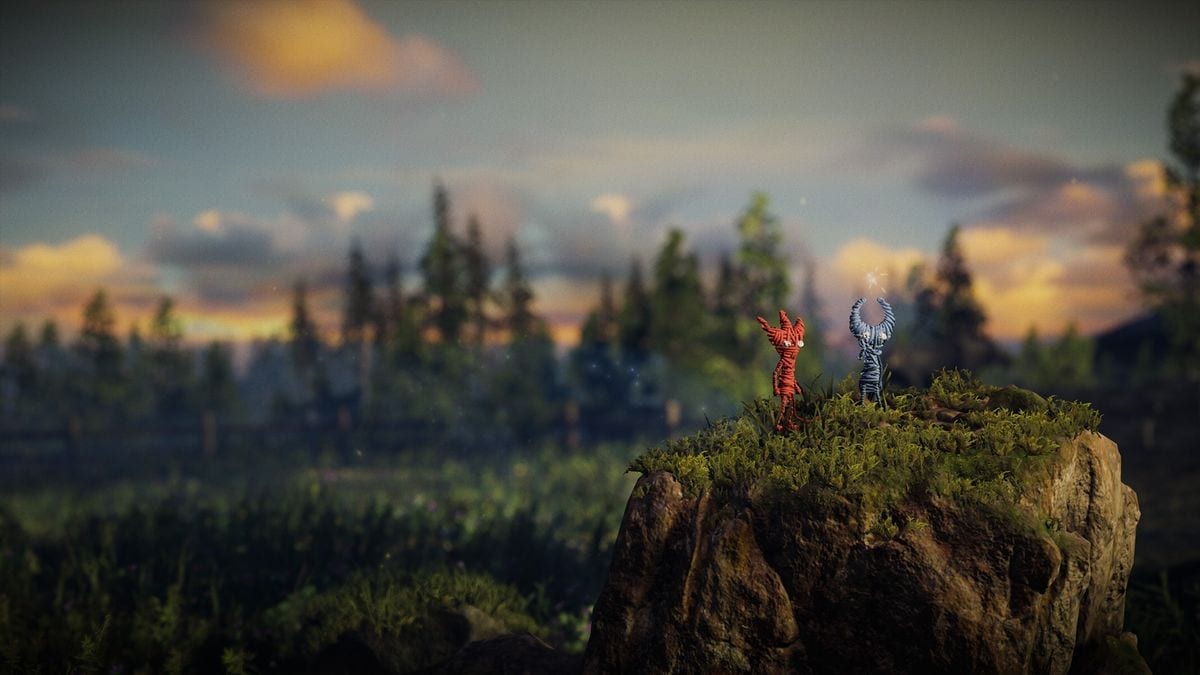 Obstacles you encounter whilst progressing through each level can vary from physics-based platformer sections to bad guys that kill you in one hit and more. When you’re finding areas difficult the game is there to help you too. Slow motion can be triggered with a button combination that makes platforming sections that need precision much easier. 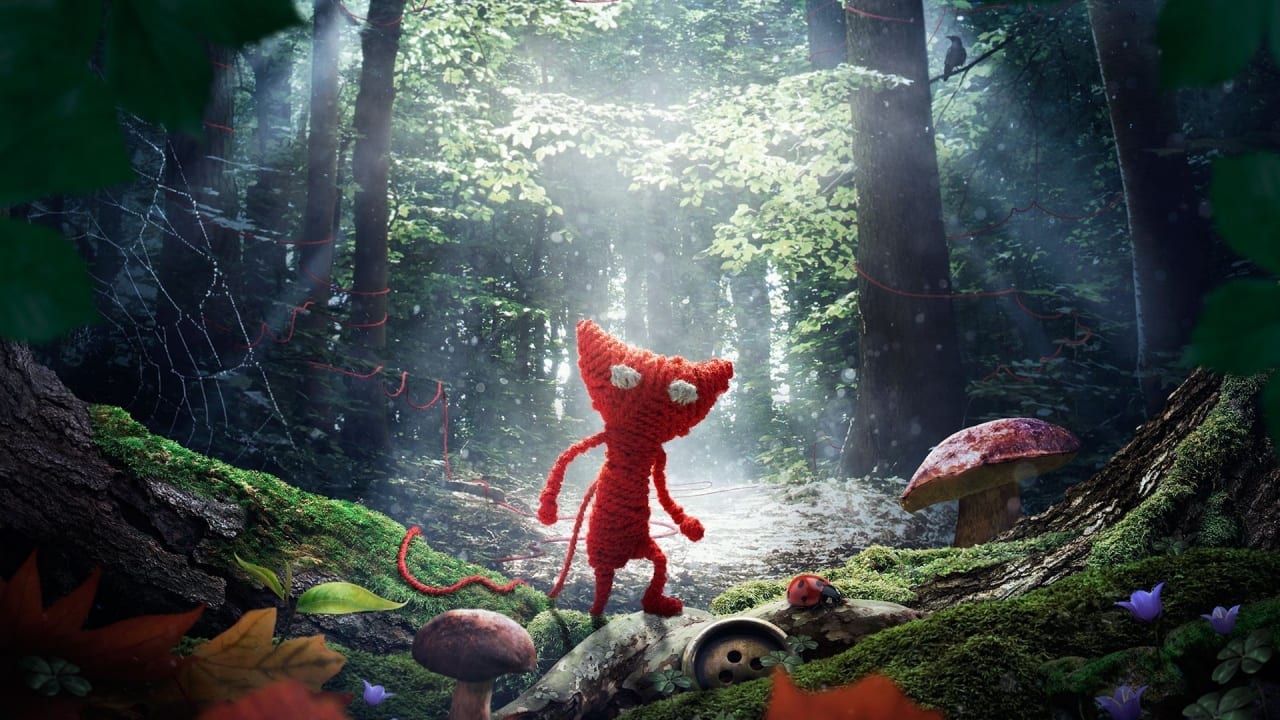 There’s also a hint option that provides 3 levels of hints to you for tricky areas. One is subtle, to nudge you in the right direction, one gives you a bit more to work with and the final one explains everything you need to do. It’s small things like this that help open Unravel Two up to a whole range of gamers. 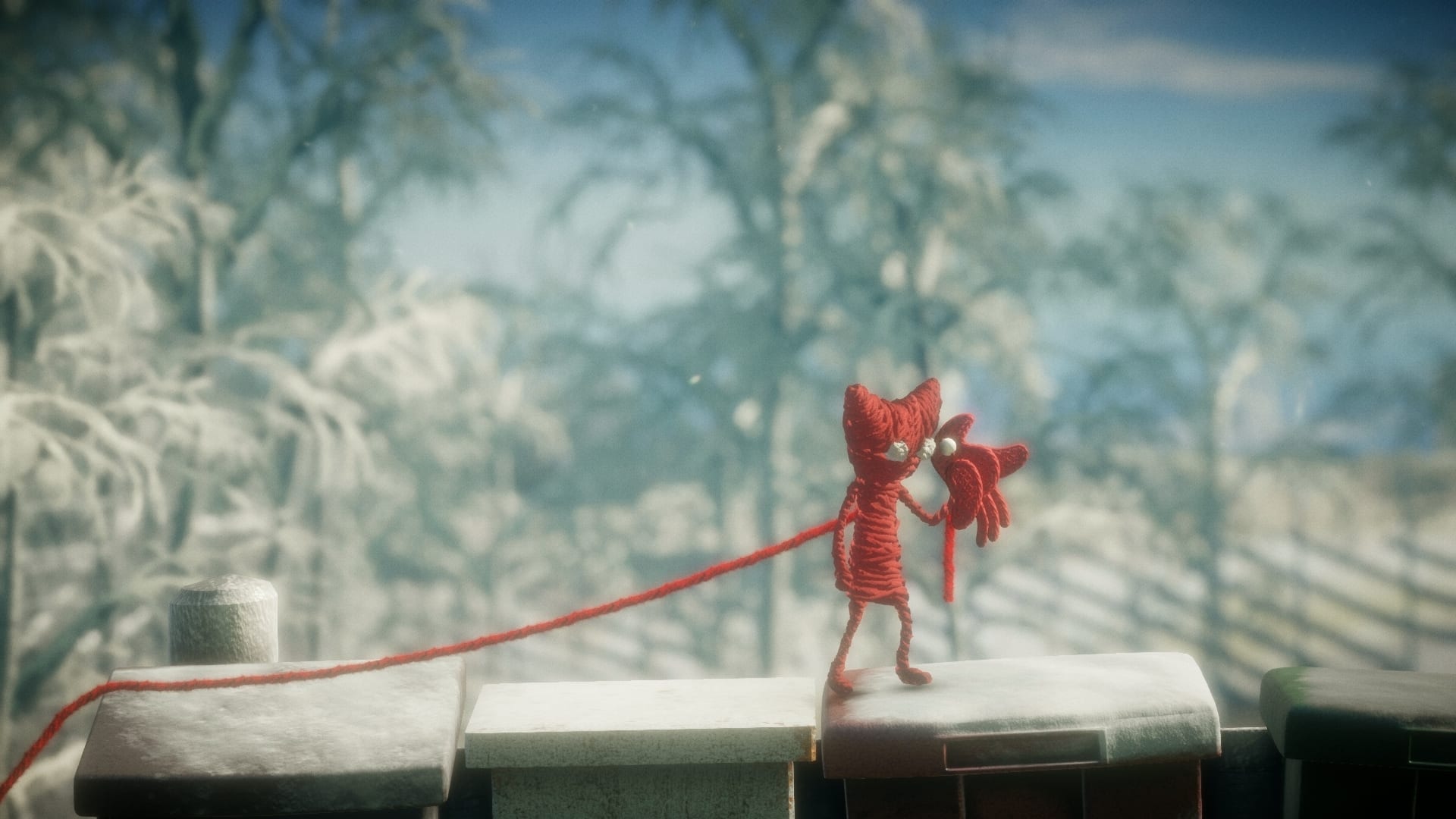 The main story sections of the game aren’t the most difficult, but they’re also definitely not a cake walk. Some jumps can be a touch finnicky and there will no doubt be a few moments your Yarny will float a bit too far, much to your frustration. For the most part though if you just play through the main story though you’ll find it an enjoyable experience to play by yourself or even with a friend, your partner or a child. 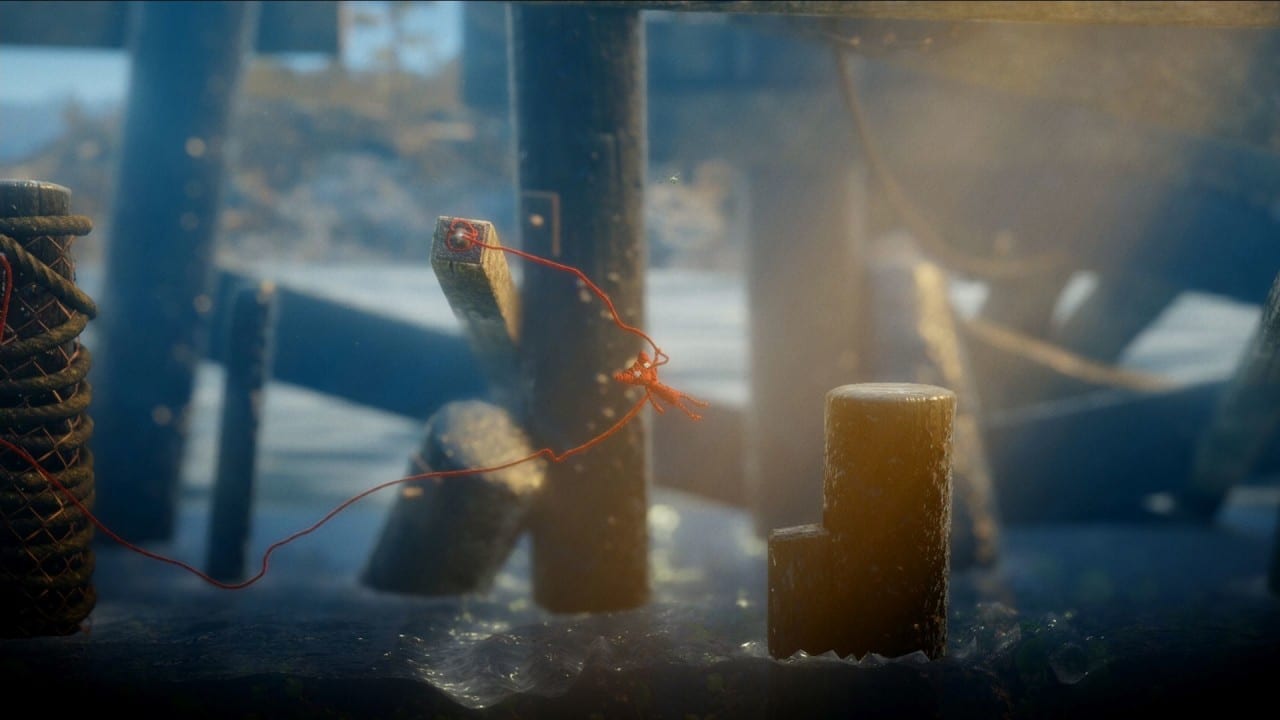 Due to how easy it is to switch between a multiplayer experience and a single player experience you can always take over during the difficult points. If you find yourself looking for a bit more of a challenge there’s collectables scattered across levels that are a bit off the beaten path and you can revisit levels after you’ve beaten them to hunt them down, or try other things. There’s even challenge areas that appear as you play through the game, that add some longevity to the game and offer a much tougher experience than what you encounter in the main story. 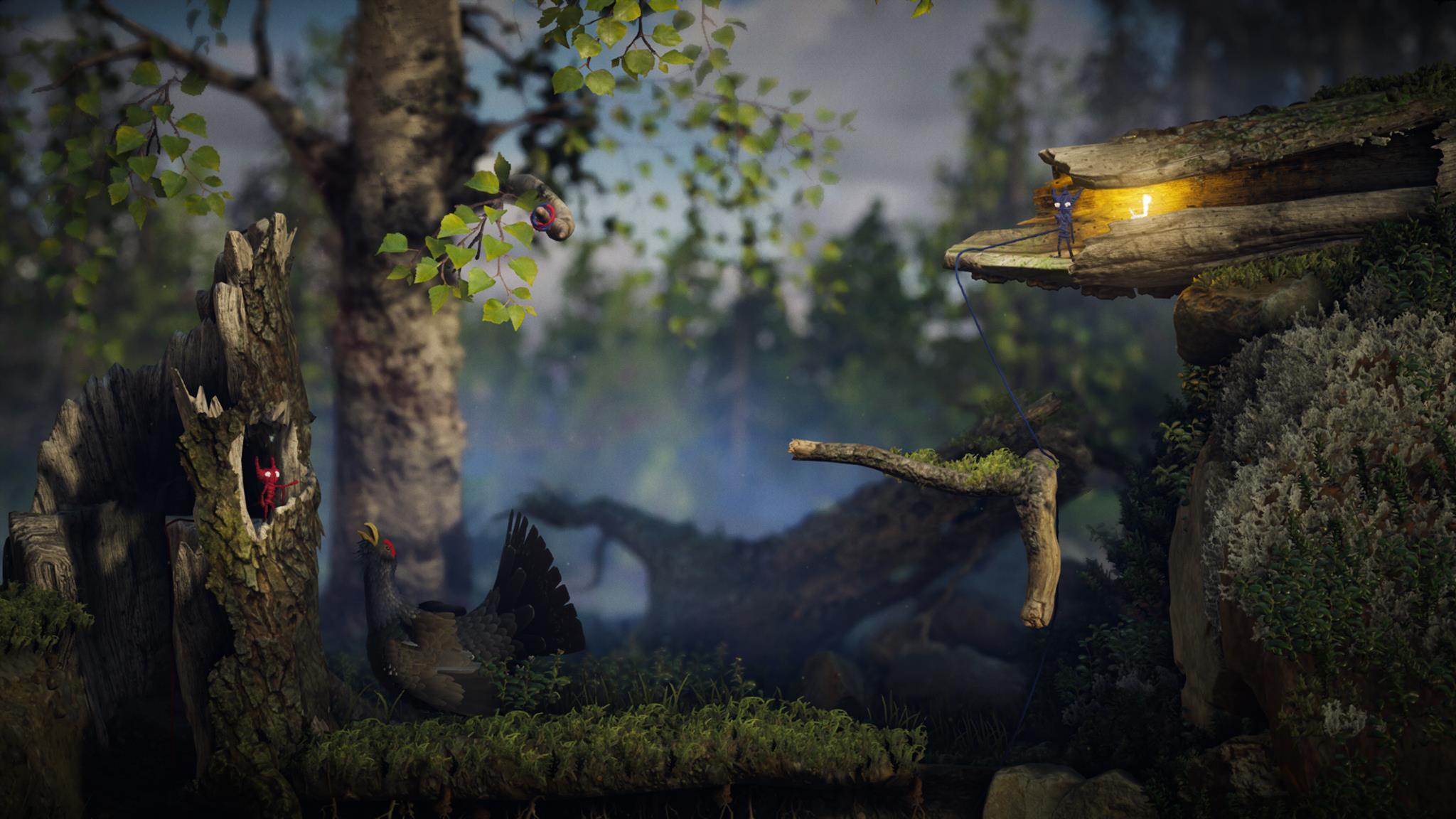 Graphically it looks lovely. Environments range from forests to houses and more and each one has their own charm to them. Your Yarnys strike the right balance of adorable without being too cutesy and you can even customise them a bit which is a nice touch. 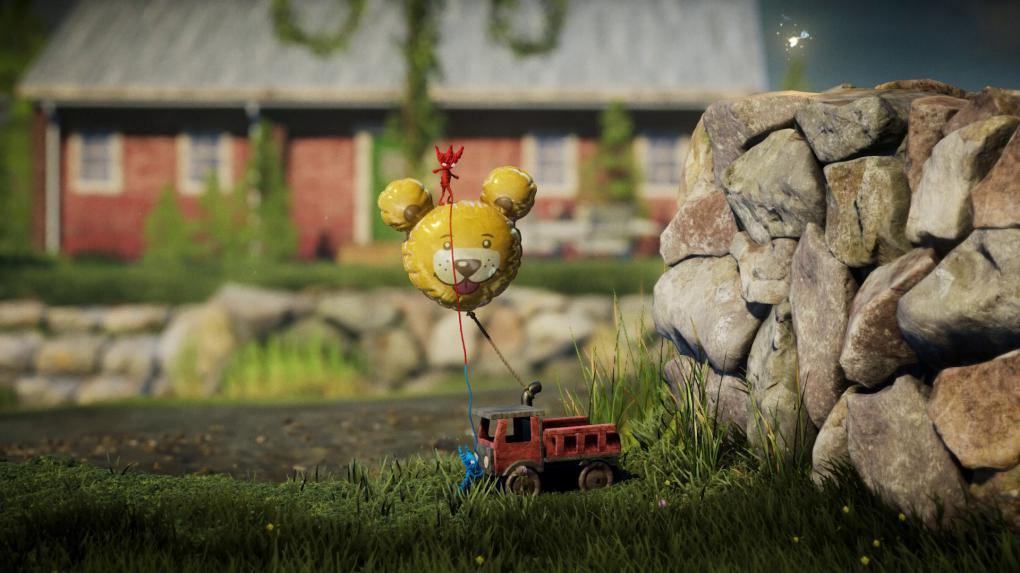 The story focuses on friendship and love. There’s a narrative being told that isn’t just about the yarn people though. In the background in certain areas you’ll see various human characters interacting with each other. Sometimes in a caring way, sometimes in an antagonistic way. The way they’re shown is almost dream like in its presentation and they don’t speak at any point. This lack of dialogue means certain moments are open to interpretation but the theme of love and friendship remains strong throughout. 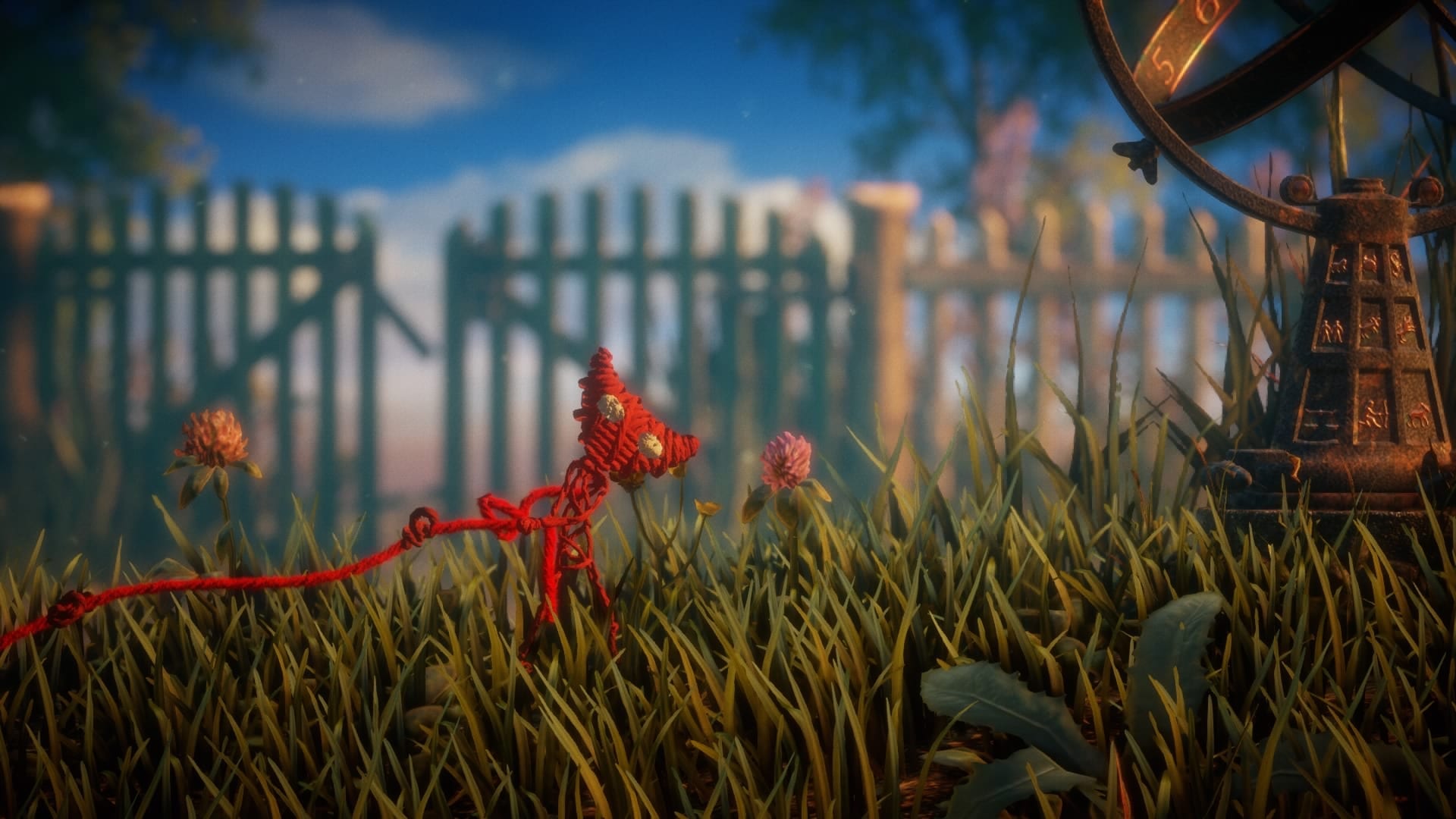 Speaking of friendship, is this really a game worth playing by yourself considering the multiple character focus? As touched on earlier there’s a balance to the game that makes the game enjoyable as a solo experience or a multiplayer experience. In solo there is a real feeling of achievement when you figure out a puzzle by yourself and a frustration when you fail. 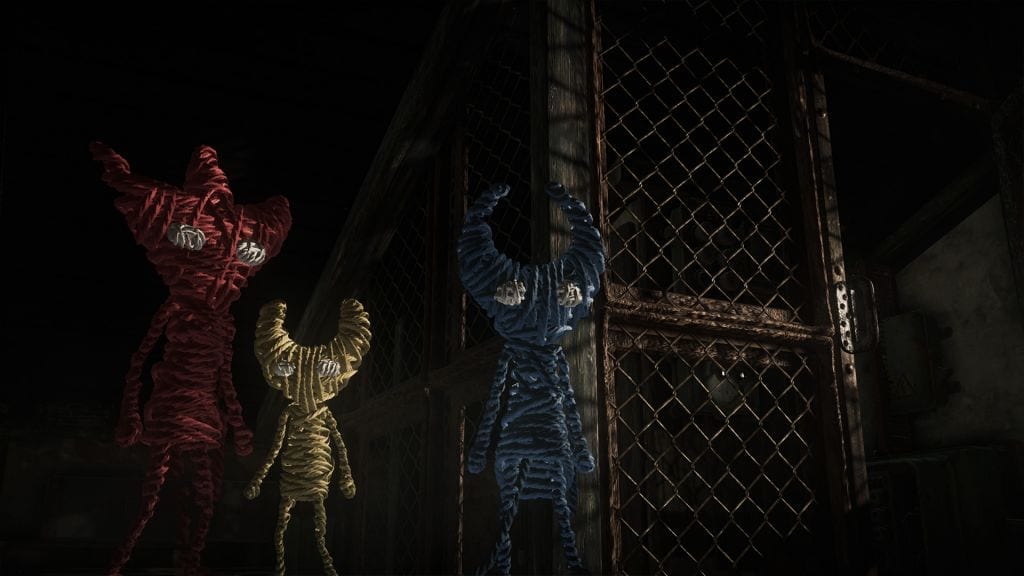 In multiplayer, solving a puzzle together can be a fun experience and your failures a touch more amusing. It’s easier to laugh at missing a jump when you’re playing with someone else after all. Multiplayer also allows a “stronger” player to guide the experience if needed. Due to the two lovable Yarnys being connected by a single thread, if one can get to the next area the other character can normally drag themselves to them easily. As mentioned as well you can merge yourself in to one, which can make progress quicker if an area is getting frustrating. 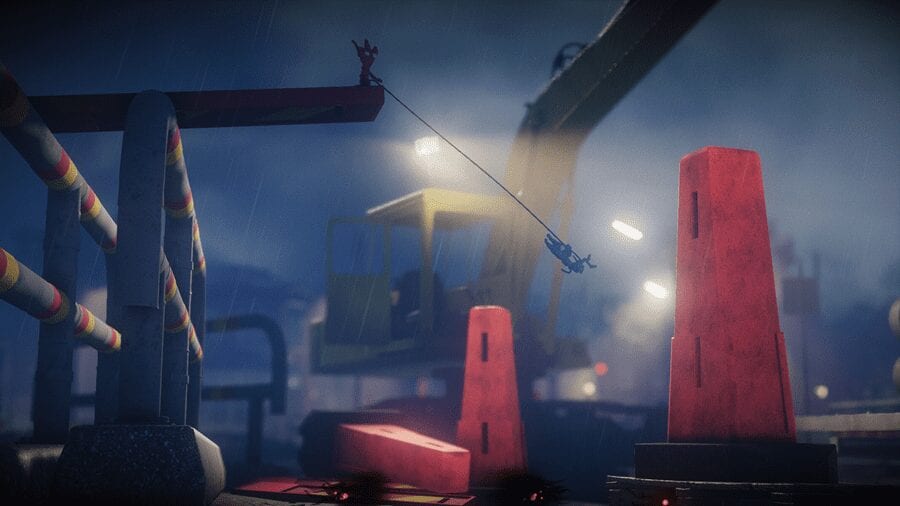 With the idea of connecting the two yarny bois together Unravel Two allows itself to be more interesting with its puzzles than before. Sometimes it’s not as straightforward as getting from A to B. Sometimes you’ll have to loop back around or use a Yarny as an anchor. This uniqueness makes puzzle solving all the more satisfying, as it isn’t always something you’ve done a million times before in another game.

Although many of the words in this review are positive it’s important to look at the negatives. As mentioned there are moments that controls don’t feel as precise as you want from a platformer. Luckily it seems the developer realised this might be a problem in some areas and introduced the slow motion mechanic. The game also gets off to a slow start. Luckily it does pick up and, personally, I found the last few levels genuinely great.

Unravel Two is a lovely experience. The need to work together drives home the story elements, puzzles are varied enough for them to never get too familiar and visually it is beautiful. Somehow the development team have made a game that is just as fun to play single player as it is multiplayer and that should be applauded. If you’re looking for a game to play with someone else, or you’re just after a platformer or puzzle game that’s a little bit different, then Unravel Two could very well be worth your time.