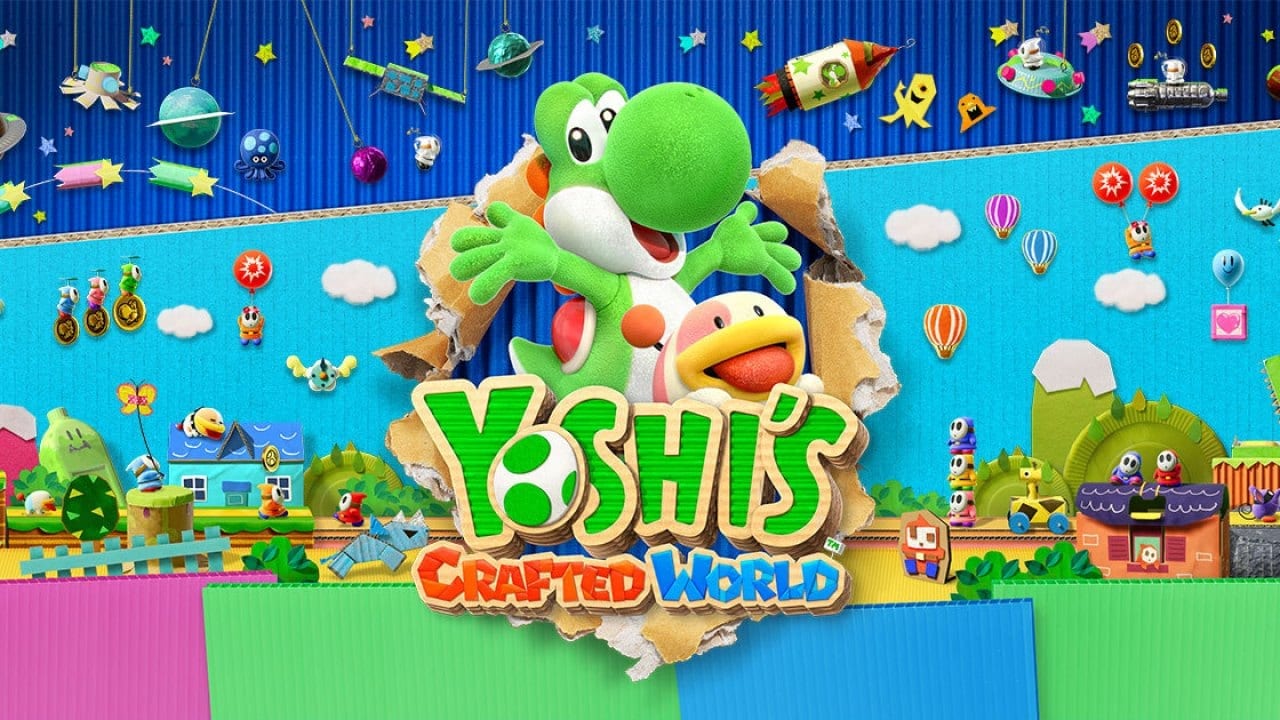 Yoshi’s Crafted World marks Yoshi’s first standalone adventure on the Nintendo Switch, and it could be the most family-friendly platformer on the market right now.

The game follows cutesy hand-crafted versions of the colourful Yoshi family, the Poochys and Baby Bowser, as you traverse this child’s playground of a world to defeat the little Bowser by collecting crystals.

From the get-go Yoshi’s Crafted World is absolutely gorgeous to look at, and I can only imagine what an exciting world it would be through a child’s eyes.

Which brings me to the main pro of Yoshi’s Crafted World (IMHO): it’s family-friendliness.

As a kid, I adored the Nintendo 64’s Yoshi’s Story, and even after putting the controller away I’d doodle Yoshis and storybook levels to my heart’s content.

Playing through Yoshi’s Crafted World brought back that same feeling of excitement, except now after putting the game down I wanted to create 3D levels out of cardboard tubes, milk cartons, ribbons, felt, foil and countless other things that can be spotted in the background of Crafted World‘s levels.

As an adult, the level design is something you can appreciate, but as a kid, it has to be really inspiring. Honestly, I’m a little jealous of young children who get to play this game because they’re going to have a blast, and who wouldn’t want to share that with them?

As a player of the older (and more difficult) Mario platformers – Super Mario Bros., Yoshi’s Island and Super Mario World, to be specific – I was expecting much of the same for Crafted World in terms of its difficulty.

Instead I got a much easier experience than anticipated, but one that still required thought and a little dexterity.

In terms of difficulty, it’s a great game for a parent to help guide their child into completing. As for veteran gamers, there might be one or two moments that’ll see you temporarily flummoxed, but you’re really not going to be needing a walkthrough for this game.

If, like me, you don’t have a kid but you do have a Nintendo Switch and a passion for platformers, you’ll still get something out of Yoshi’s Crafted World, but in a very different way.

Although the levels themselves might be easy to complete, there’s hidden collectibles including the flower faces, coins and hearts for each level which will definitely keep veteran Mario players busy.

Then, once a level’s completed, you can visit the Flip Side of it, which is a reverse version that’ll have you searching for Poochy pups who’ve run away.

And THEN once you’ve completed that section, there’s little robot/flowerpot characters who want souvenirs from the places you’ve visited.

Once you’ve done those there’s THEN the unlockable costumes in Gashapon machines which you use coins to purchase.

Even when you’ve completed the game, there’s endgame content to keep you busy, and as with most Nintendo titles now, you can use compatible Amiibo to enhance your experience.

If you just want to whizz through a Yoshi game and you’re not fussed about 100% completion, you might find the game a little lacking in core content, as the main game takes around six hours to complete (not going for collectibles, of course).

I’d thoroughly recommend Yoshi’s Crafted World to young gamers, Mario fans and people with a passion for platformers, but it’s not going to do much for hardcore gamers with such little meat on its bones.