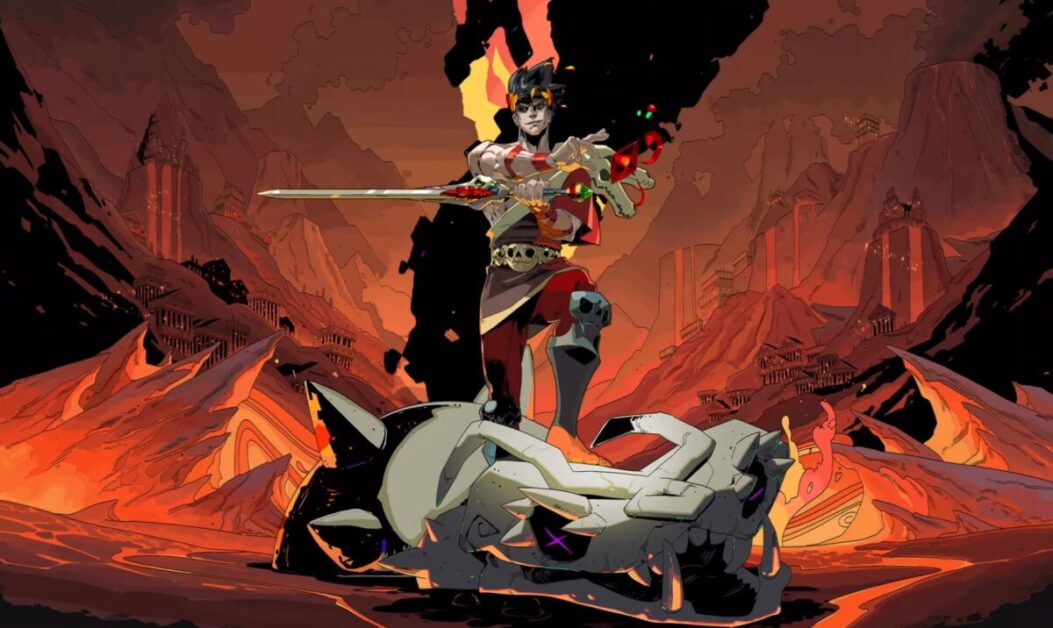 Upon first glance, you might think Hades is a simple roguelike about facing increasingly difficult waves of enemies and bosses in a series of randomised rooms. And sure, it is that, but Supergiant Games’ latest release actually did so much more than I was expecting with its dungeon crawler premise.

Hades is all about Zagreus, the prince of the underworld, who is attempting to escape his mundane life and make it to Mount Olympus to join the various Gods who live there. Every time Zagreus is slain, he is sent back to the House of Hades to restart his escape attempt. Along the way, he is also aided by various Gods from Olympus who grant him new abilities and buffs to help him escape.

As a roguelike, Hades is designed to be played over and over again in a myriad of different ways. Every time you start a new escape attempt the order of the rooms you travel through, encounters with allies and enemies and the rewards you’re offered for clearing a room are randomised, allowing for each run to feel completely unique.

This also carries over to the story. If you were to beat Hades without dying, you’d actually miss a lot of the plot development. Much of this progression occurs between each escape attempt and is intimately tied to your numerous failures. Dying pulls you back to the depths of the Underworld, where you can speak with the various residents that live inside the House of Hades and gain more insight into yourself and the world around you.

Again, and Again… And Again

To ensure you don’t feel like you’ve been set back too much with each death, Hades gives you different rewards that persist between runs. This includes Darkness to spend on permanent upgrades and Keys to unlock new weapons. Meanwhile, there are some rewards like gold coins (called “Obol” in-game) and Olympic boons that are taken away from you upon each death.

Having a balance between upgrades that are permanent and upgrades that only persist for the duration of a run helps distinguish Hades’ power fantasy. Your most powerful abilities are taken from you whenever you die, but you never once feel set back thanks to the smaller permanent buffs that you slowly increase between each escape attempt.

As for the combat, it’s a silky smooth affair. Each room you enter has a number of random enemies to kill, with a boss showing up at the end of each region of the Underworld. The combat is fast-paced where you can use a quick attack, a heavier special move, and a ranged magic ability to defeat enemies from afar.

Because of how deep the progression and boons system is designed, it’s helpful that a large majority of the tools at your disposal are actually pretty small in size. Each weapon you equip doesn’t have more than three uses, but how you use and combine them with other abilities can create some truly fascinating scenarios.

Because it’s designed to be played over multiple runs, Hades is actually really a difficult game to master. The enemies are tough and the opportunities to heal yourself are limited. Especially at the beginning, your upgrades are similarly limited and can only be improved with dozens of escape attempts as you gain more experience.

It took me about 25 attempts before I even managed to reach the final boss, which speaks for itself in terms of how difficult Hades is. But because of the story development that occurs between runs, as well as the continuous upgrade cycle, I didn’t feel too bad about failing a run. It felt like taking two steps forward and one step back.

If you’re getting to a point where you feel like the story is reaching a standstill and you still haven’t made a lot of progress, Hades does offer an optional assist mode to give you an extra boost. Activating it provides you with a flat +20% resistance against all damage, and with every death that number increases by 2%.

This is a great system because it provides less-skilled or disabled players with an advantage to progress more of the story. But it also allows that progression to feel natural, similarly to how everyone else has experienced the game. It means players who use the accessibility feature can easily get an almost-identical experience to everyone else. It’s not a “cheat mode”. It doesn’t provide you with 100% invincibility, but rather gives you a slightly more forgiving time with each combat scenario.

Hades’ depiction of the Greek underworld is rather fanciful. It’s not just one big hellscape, but divided into different areas each with their own atmosphere, with each one painted as vastly different from the last. It’s a fantastic mark of progression to go from the desolate fiery rocks of Asphodel to the idyllic, blissful islands of Elysium.

As your time in each biome is limited to just a dozen rooms, it prevents the game from becoming too repetitive. New enemies, characters and upgrades are constantly being introduced to encourage you to adapt to new problems and seek out more powerful enhancements.

I also need to praise the character designs. Zagreus is strong and witty, making him fun to play as, but he’s also capable of showing a great degree of emotion when the time calls for it. Voice actor Darren Korb does a brilliant job portraying a character who clearly struggles to balance the line between being emotional and remaining stoic.

Like many other characters in Hades, he’s also very pretty. Sexuality actually plays a big role in the story. Nectar bottles collected throughout each escape attempt can be given to other characters as gifts. Many of them will return the favour, typically giving a “Keepsake” that gives Zag a small buff, but this can also be used to romance several members of the underworld’s population.

Most importantly, Zag has the option to romance both male and female characters. That’s right, our famed prince of the underworld is canonically bisexual. Considering the game’s family drama centrepiece, a premise common to both Ancient Greek myths and modern queer stories, it was also lovely to see this character’s sexuality is revered and celebrated rather than shunned and ignored. It’s easily one of the strongest aspects of Hades’ identity.

Hades was never really a graphically demanding game, hence its performance on next-gen consoles is smooth like butter. On Xbox One and PlayStation 4, these games run at 1080p and target 60FPS which is more than adequate for the experience it fosters. Next-gen, on the other hand, still targets 60FPS but enhances the image to 4K, allowing you to enjoy more of those gorgeous visuals at a higher resolution.

Unfortunately, you can’t play the next-gen versions of Hades at a higher framerate. Considering the fast-paced nature of its combat, it would have been fantastic to be able to enjoy these scenarios in 120FPS, so it’s a shame that Supergiant couldn’t get this to work with the Xbox Series X|S and PlayStation 5 versions.

Potential buyers should also beware that cross-saves between versions are not supported on Xbox or PlayStation, compared to PC and Nintendo Switch which did include this feature. Next-gen Xbox users may also be upset to learn that the Quick Resume feature is also not supported.

Having been in Steam Early Access for a couple of years, the delay of Hades’ console versions gave it time to develop and form into a product that Supergiant was comfortable releasing for all to experience.

Sure, some will have already played it either on PC or Nintendo Switch, but now there will be so many new communities who get to experience this fantastic roguelike. Combined with the Xbox Game Pass availability on launch day, it sounds like Supergiant is going all out in wanting you to check out its game.

It’s a tough genre piece, but it’s one where dying feels like progress. The more escapes you attempt, the more story you unravel as your relationships with these characters develop. Reaching the end of a run after levelling up your upgrades and finding that right combination of boons is the perfect sense of accomplishment.

Game reviewed on Xbox Series S with a code provided by PR for review purposes.