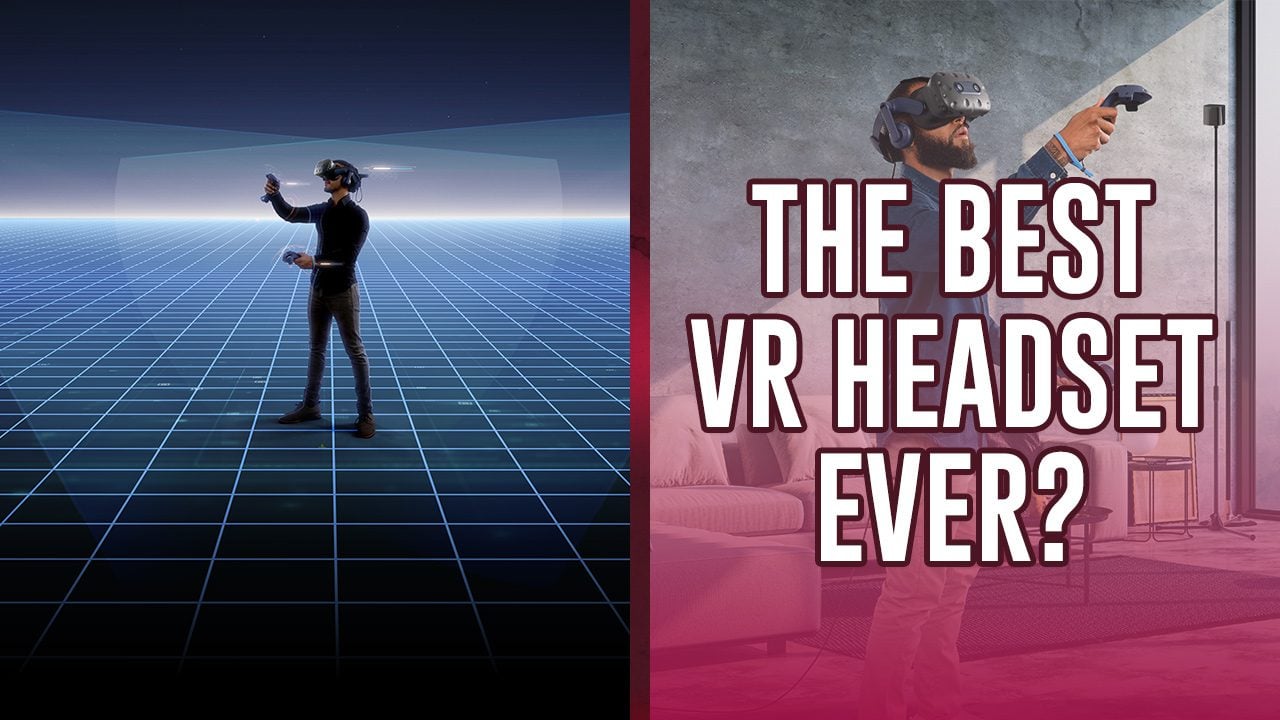 “A deep mental involvement in something”

I’m sitting in my tiny living room, re-reading this definition in the trusty, dog-eared dictionary I never returned to my high school library. I’ve been in a virtual reality for an hour by this point, and the real, dreary world pales in comparison to the blaze of colorful virtual reality.

To me, the Vive Pro 2 is the definition of immersion. I went hands on with the brand new HTC Vive full-kit bundle ahead of its retail launch to determine whether this is truly the ultimate virtual reality experience we were promised.

What Is the HTC Vive Pro 2?

So first of all, an explanation of the full-kit bundle. If you’re a first-time Vive user, this is what you’re after. The Vive Pro 2 full-kit bundle comes with everything you need to enjoy virtual reality. That includes the Vive Pro 2 headset, which retails at £719 by itself. A key difference between this headset and its main competitor, the Oculus Quest 2, is that it won’t work by itself. Fortunately, the full-kit bundle has all the necessary accessories in one handy package.

The full-kit bundle retails at an eye-watering £1,299. For this price, you’ll get the headset, two controllers and two base stations, as well as all the necessary adapters and guides.

My initial impressions were a little shaky to begin with. I’ve had easier set-ups – the instruction manual wasn’t the clearest. It also left a sour taste in my mouth that the sensors perform optimally when mounted, yet these aren’t included in the full-kit bundle. Wall mounts aren’t optimal for rentals, which I appreciate isn’t a fault of the Vive Pro 2, but it is frustrating and something to consider if you, like me, can’t permanently mount the sensors. The plugs are also huge, which is something to consider if you have limited space.

Let’s Talk About the Graphics

However, despite a slightly frustrating set-up, the graphics and style of the HTC Vive Pro 2 made it all worth it. If you’re into VR, or simply have the cash to splash, this headset is jaw droppingly beautiful. Whilst the exterior hasn’t changed from its original design in 2018, it has a 5K 120Hz display to deliver the sharpest desktop VR experience I’ve ever experienced, hands-down. It’s worth mentioning that it doesn’t come with a glasses inlay, which I was initially hesitant about. I’ve had bad experiences with VR headsets crushing my glasses (the joys of being a fashion icon… or rather, needing incredibly thick lenses). However, the headset is light and comfortable to wear, with adjustable straps to make it perfect for you.

The most impressive thing about the HTC Vive Pro 2 is its new 120 degree field of view. If you’ve ever tried VR, you might notice that some games feel like you’re looking at them through a telescope. The HTC Vive Pro 2’s widened scope is groundbreaking – the world of Virtual Reality has never felt so immersive or detailed. I started with a classic – Beat Saber – and the particle effects were so vibrant and encompassing I actually got distracted by the environment and ended up failing the song. So be warned. Of course, this higher resolution has its negatives too. A disclaimer – I’ve worked in VR so much I’ve become very susceptible to motion sickness. Your tolerance may be different, but I could only spend a maximum of 30 minutes in the headset.

The immersion is only heightened by its incredibly clean sound. I launched Paper Beast VR, a game I’ve played on PC before, and I could notice tiny details I’d never picked up on before. Sound effects like the crumpling of paper as giants loom over you, the whistling of wind, the squelch of glowing creatures as I rip them from the ground.

The Issues of Accessibility in Virtual Reality

The idea of mainstream, accessible VR is certainly a tantalizing prospect. Sadly, companies have a long way to go before technology of this level is available to everyone. This isn’t an entry level device, and the eye-watering RRP of £1299 makes sure you know that.

I’ve mentioned previously that all VR headsets struggle to cater to an ever-growing audience who don’t own their homes. This is an industry-wide problem, but the HTC Vive Pro 2 requires a larger set up space than its competitors. My living room isn’t small, but it’s definitely not large (1.8m x 1.8m, with furniture). I had to spoof the room-scale system to actually use the equipment.

The controllers also still suffer from the same ergonomic design problems as the 2018 version. I found them uncomfortable to hold for extended periods of time, even though I have no pre-existing conditions. The button layout is unwieldy; I kept catching the menu buttons when playing Beat Saber, which really impacted the immersion.

One thing I do like, however, is the fact these controllers are charged and last for approximately 6 hours. Their direct competitor, Oculus, uses batteries. A charged controller is more environmentally friendly and, eventually, would become more cost-efficient. Of course, that doesn’t exactly mean much when the Oculus Quest 2 retails, at the time of writing, for approximately £299. This price includes the headset, controllers, and everything else you would get in the £1,299 HTC Vive Pro 2 full-kit bundle.

IS THE HTC Vive Pro 2 WORTH YOUR TIME?

I can say with confidence that the HTC Vive Pro 2 is the ultimate VR experience. Its immersive and crisp graphics are unlike anything I’ve ever seen before.

You’ve invested time into reading my words, so now I think it’s time I come clean with you. I’ve been an Oculus fangirl for the past 5 years, even going so far as to produce my own VR documentaries. It’s fair to say, I’m a VR fan.

When I was looking to make that initial first purchase of my own headset in 2017, the first Vive headset actually put me off the concept with its bulky controllers, nausea-inducing display and clunky set-up. But the HTC Vive Pro 2 full-kit is the ultimate VR experience.

Unfortunately, its staggering price point, abundance of cables and outdated controller design leave much to be desired for mainstream users.

The HTC Vive Pro 2 was provided by PR for the purpose of review.