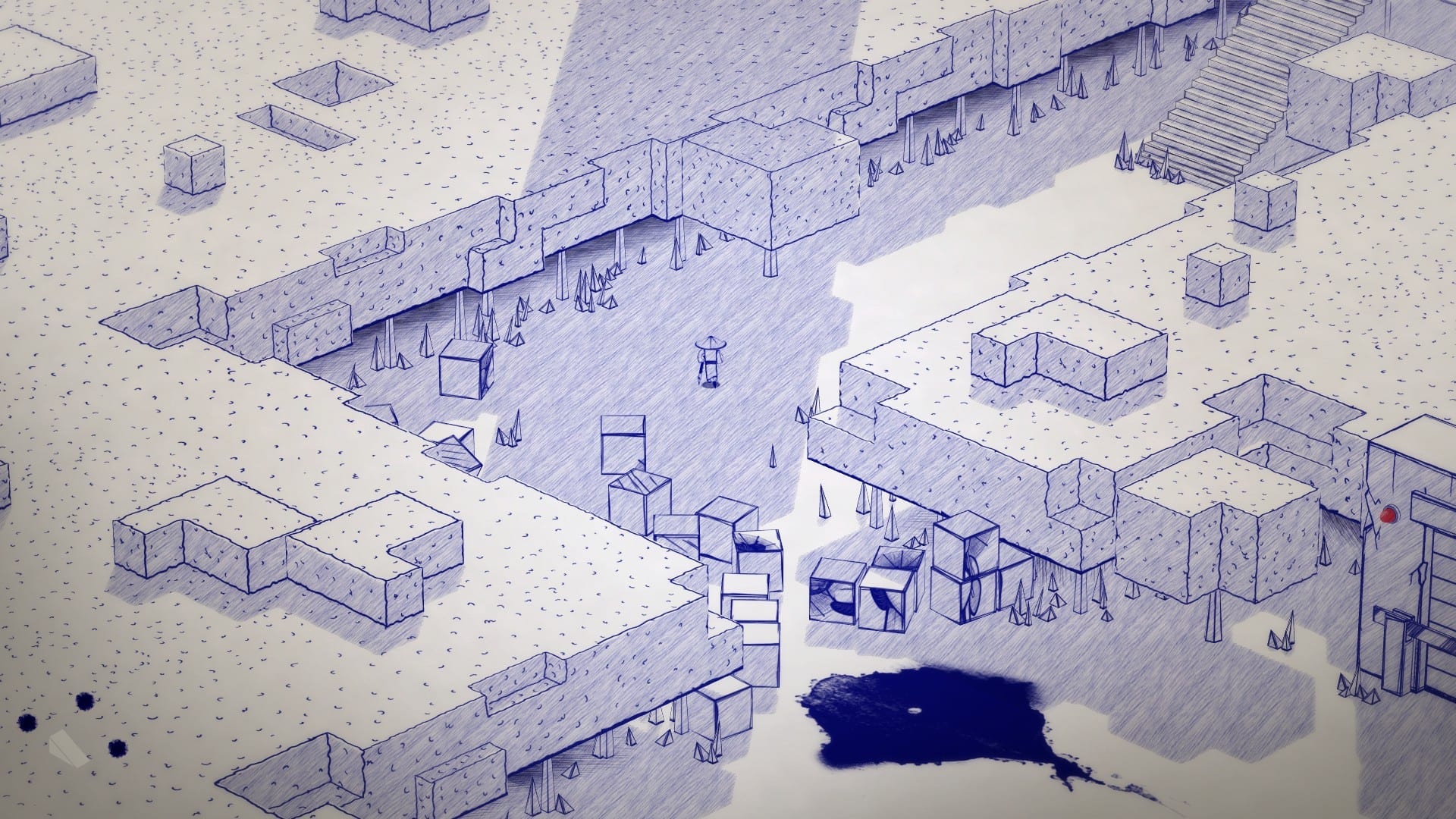 It’s rare that a puzzle game is as engaging and thought-provoking as Inked. This game delivers challenging puzzles, mixed with some action/adventure mechanics, all whilst slowly unraveling an emotional story shrouded in mystery.

I’ll be honest – I’ve never been that into puzzle games. There’s only so far you can go with a specific game before the format gets boring. Puzzle games can be great fun for the first hour, but after that, they quickly lose their shine, at least for me.

But this is where Inked is different – I came for the puzzles but I stayed for the story. The developers that worked on Inked somehow managed to interweave the gameplay into a tragic, emotional story that drew me in far longer than the puzzle mechanics alone would have been able to.

Here’s my honest review of Inked – what I think about it, how it could be different, and whether you should pick it up for yourself.

What Makes Inked Good, from the Puzzles to the Story and Artwork 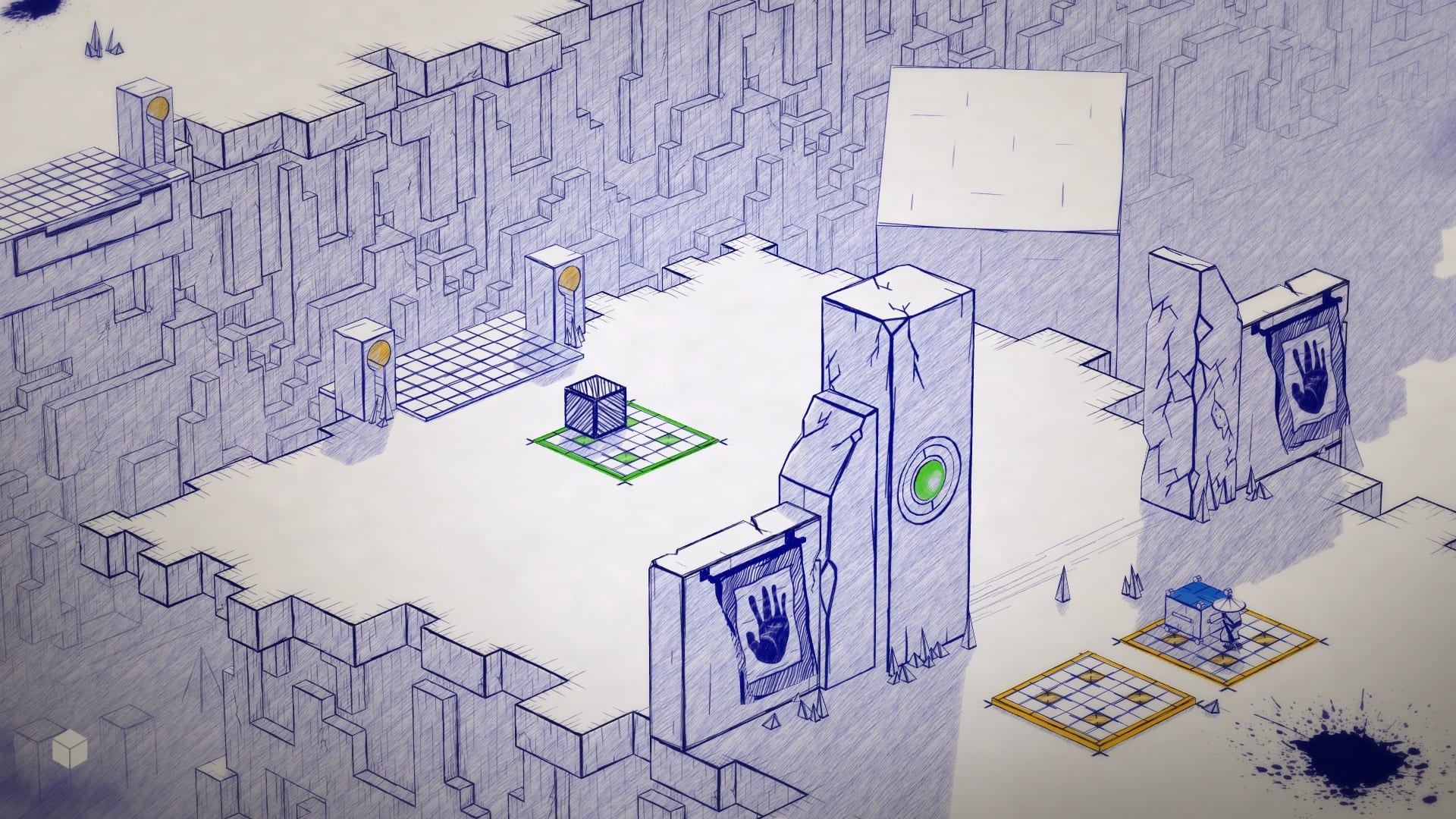 Before we get into what makes Inked unique, let’s first talk about the game at face value. Inked is primarily a puzzle game where players must use their problem-solving abilities to traverse obstacles with a limited set of tools at their disposal.

The puzzles in Inked are spread throughout chapters – you’ll have multiple puzzles within each chapter and you must explore the world within each chapter to find the next puzzle. Inked isn’t open world, but the developers did a good job at creating levels that feel open enough for free exploration.

The main puzzles are often very easy to find – you just follow a single path. But along the way, there are other routes that can be taken to find easter eggs and collectibles. 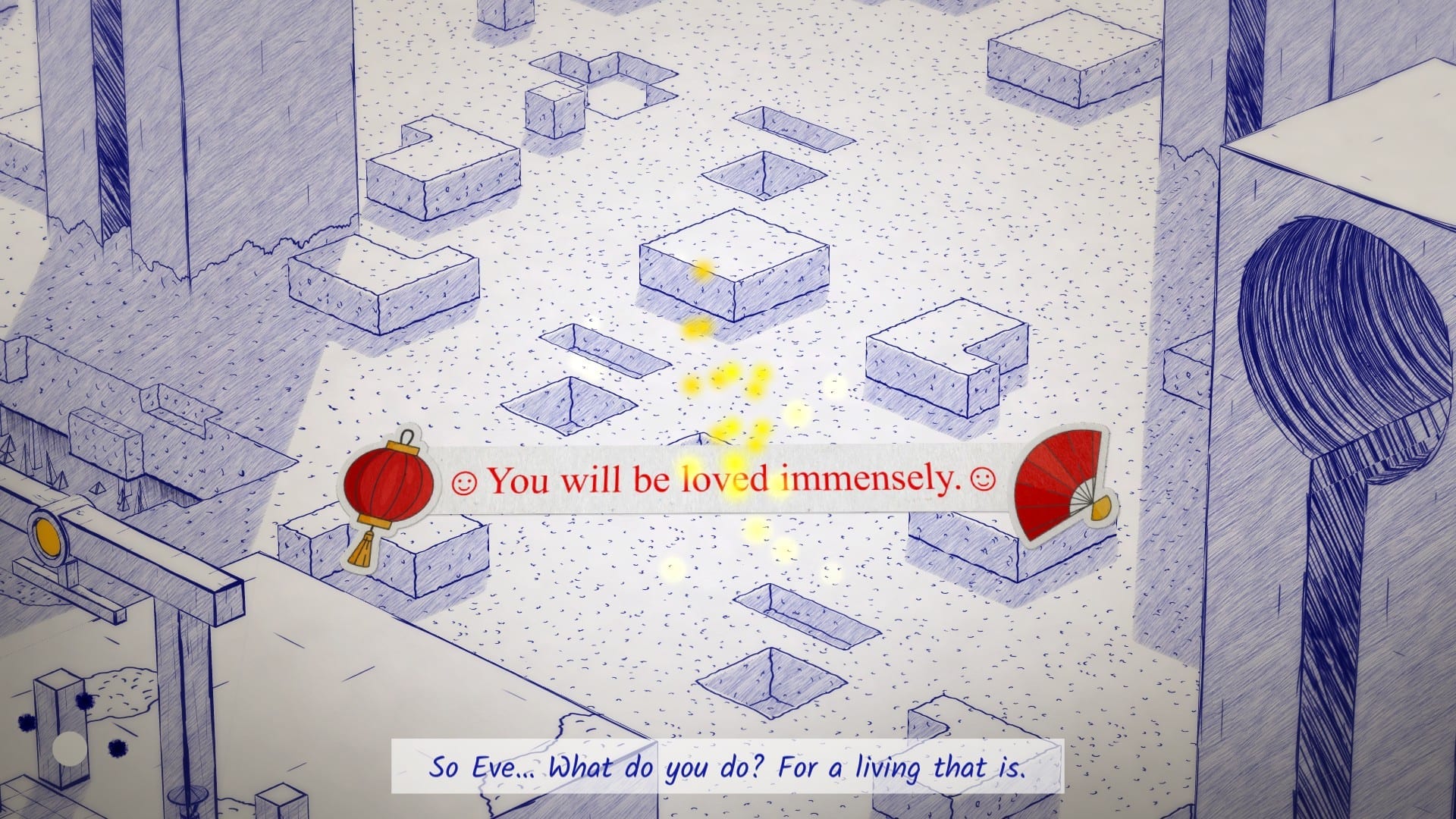 The puzzles in Inked have a steady difficulty curve to them, starting simple, then getting far harder as time goes on.

The basis for these puzzles is simple – you have an ink pen that can be used to place down a selection of different blocks. You have blocks like ramps, platforms, cubes, and physics-based spheres at your disposal.

The challenging aspect is that you often have to reach a certain area within each puzzle, but you are only able to place down a certain number of blocks at one time.

As you progress through Inked, the puzzles introduce new game mechanics and interactable objects that make puzzles more complex. 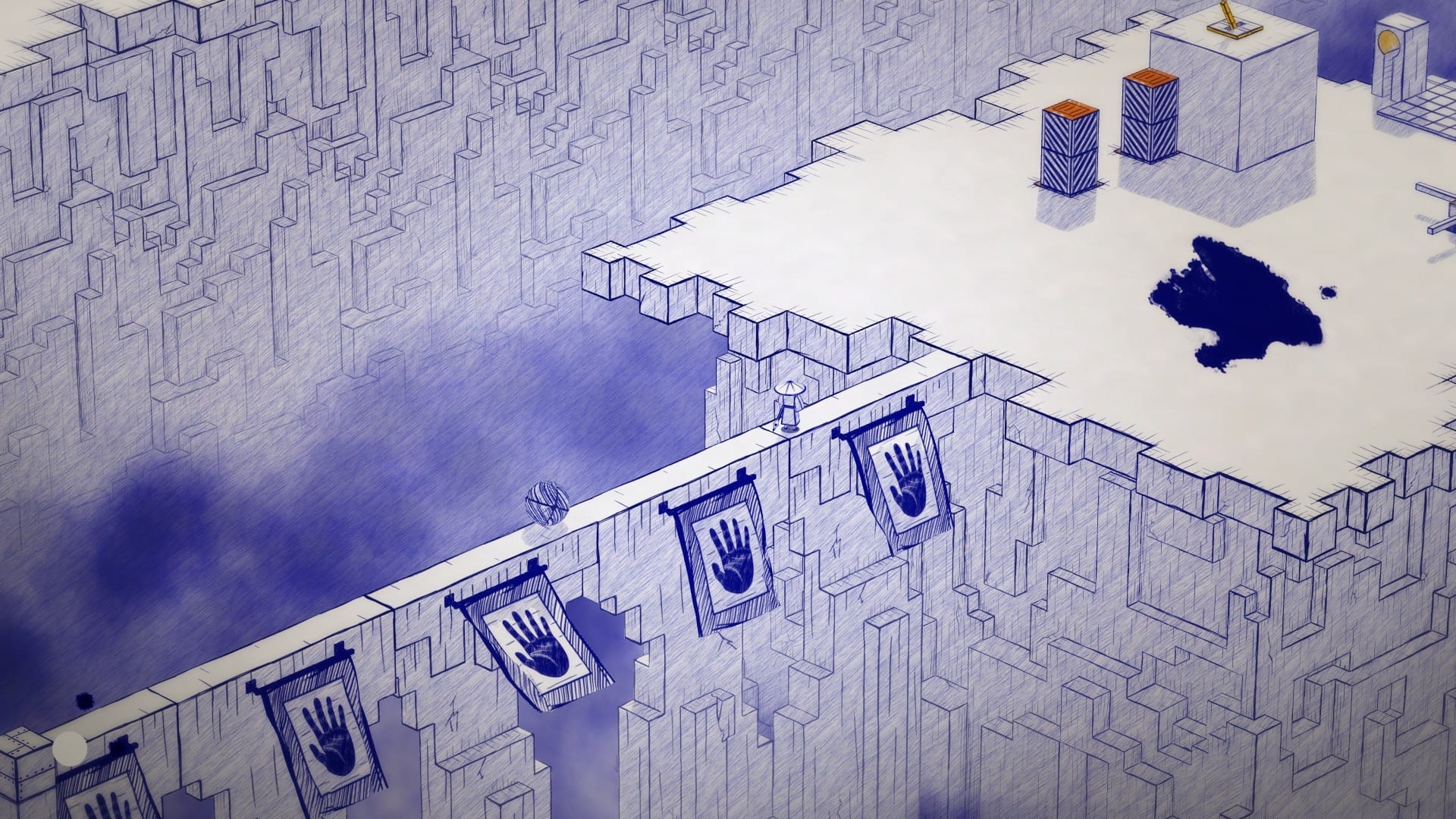 Inked also starts to introduce more action/adventure elements – you will start finding challenges where you must dodge vehicles and traps or use your ink pen and quick thinking to get yourself out of harm’s way.

Overall, the different gameplay elements blend together to create something quite unique. 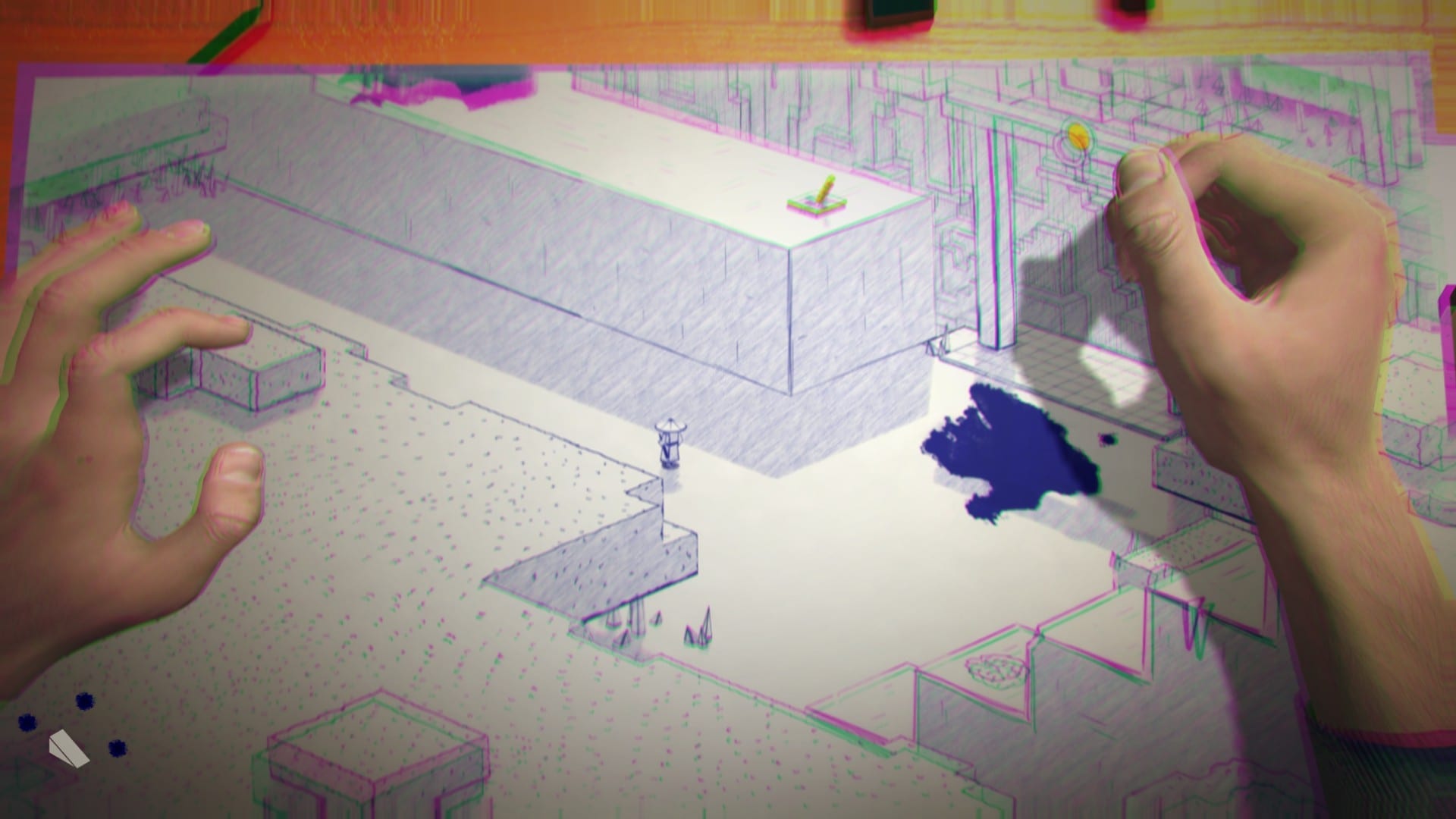 Next, I want to touch on the story and art style. The world is built out of hand drawn buildings, characters, and objects. The graphics present themselves majestically but they aren’t just there for looks.

The graphics style plays an important part in telling the story of Inked, which in my opinion, is the main selling point of the game. 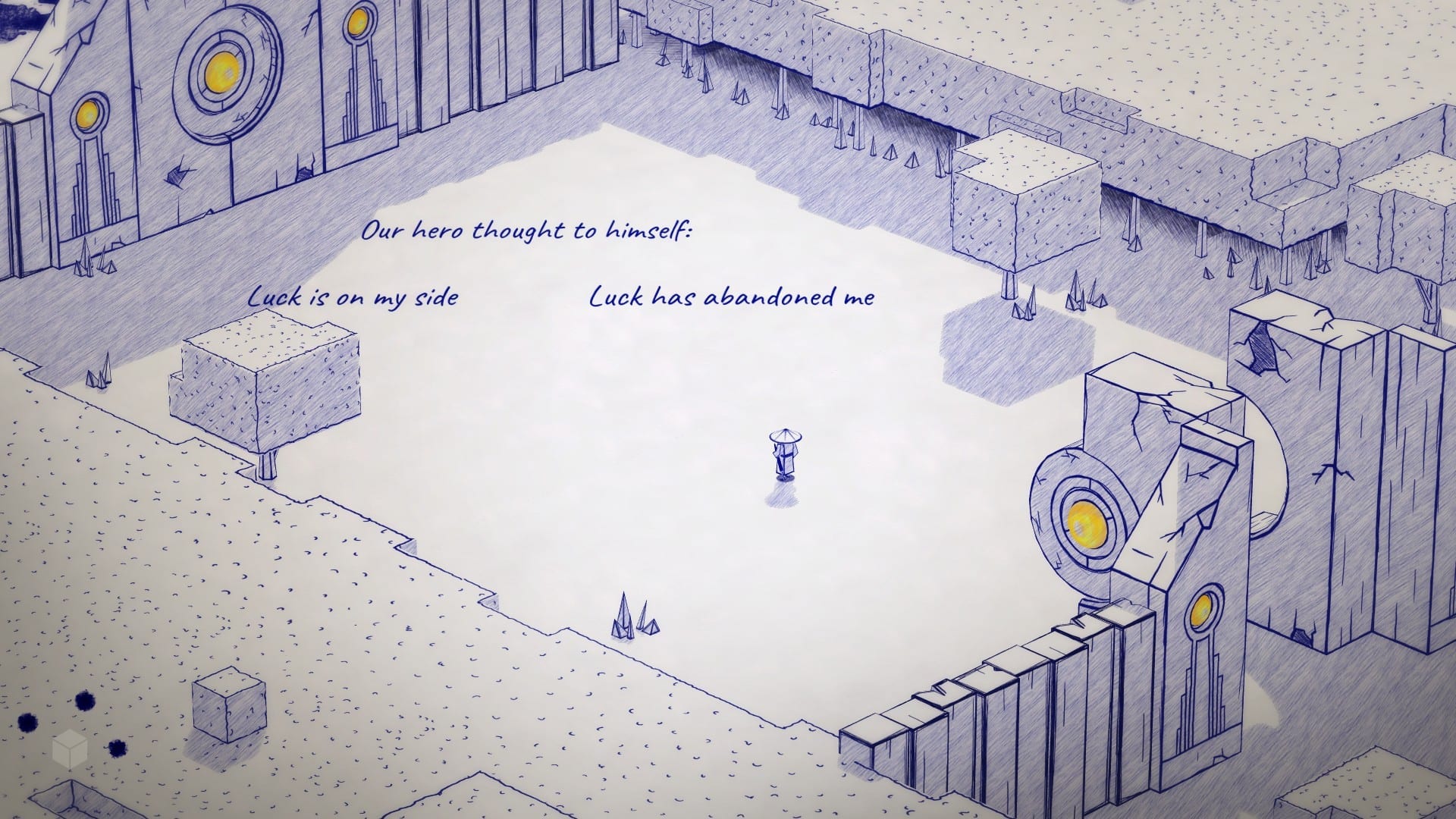 The story starts to unravel as you play for longer and for me this is where I got hooked on Inked. I found myself wanting to fight past difficult puzzles because I wanted to find out where the story went.

The characters you see along the way start to mean more and even the protagonist, known only to players as the Nameless Hero, starts to fall into its place in the story.

It’s almost as if each puzzle you complete in Inked helps to fill in the missing puzzle pieces of the story the game is trying to tell.

My Main Frustrations With Inked 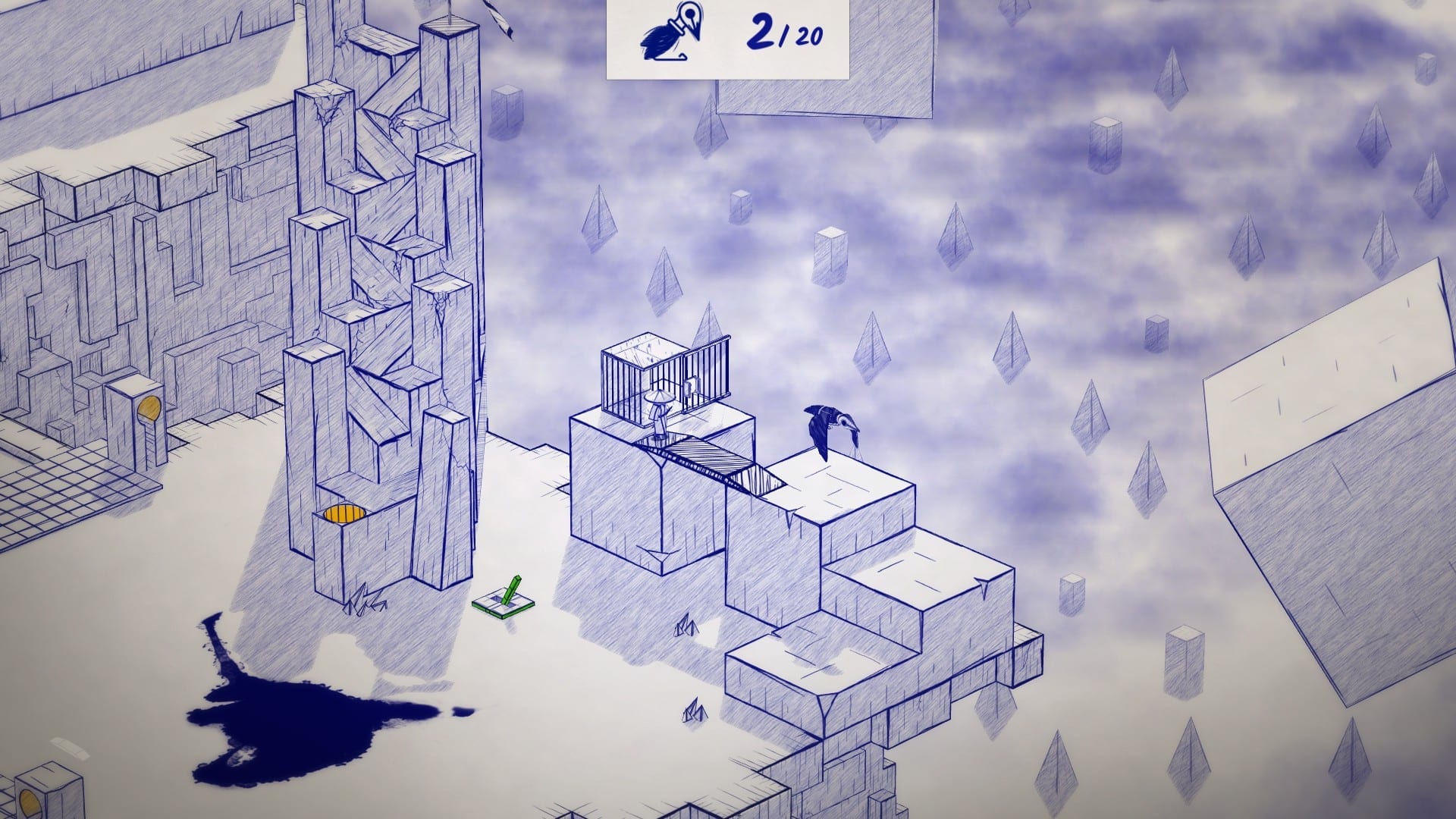 Overall, my experience with Inked was very good, but there are some aspects that I was frustrated about.

Because of the way the game world is created, I found that there were times where I was forced to fight with the controls a little. The game makes it difficult at times to figure out where you can and can’t place blocks and I wish Inked was little more intuitive in that sense.

Inked has a lot of features that are left for the player to find out for themselves, too and this can be a bit of a double-edged sword.

I do like that you have to really think for yourself to solve problems, but without any hint system in place, sometimes you’ll spend a little too long trying to solve puzzles with elements of the game world that aren’t even designed to be part of the puzzle.

Finally, the movement in Inked does need a bit of work. I’ve had a few issues where I’ve spent 15 minutes solving and setting up a puzzle, only to accidentally walk off of a platform and fall to my death, subsequently restarting the puzzle from scratch.

The developers are actively improving and adding changes to Inked so it may be that these issues are smoothed out over time.

Is Inked Worth Buying? 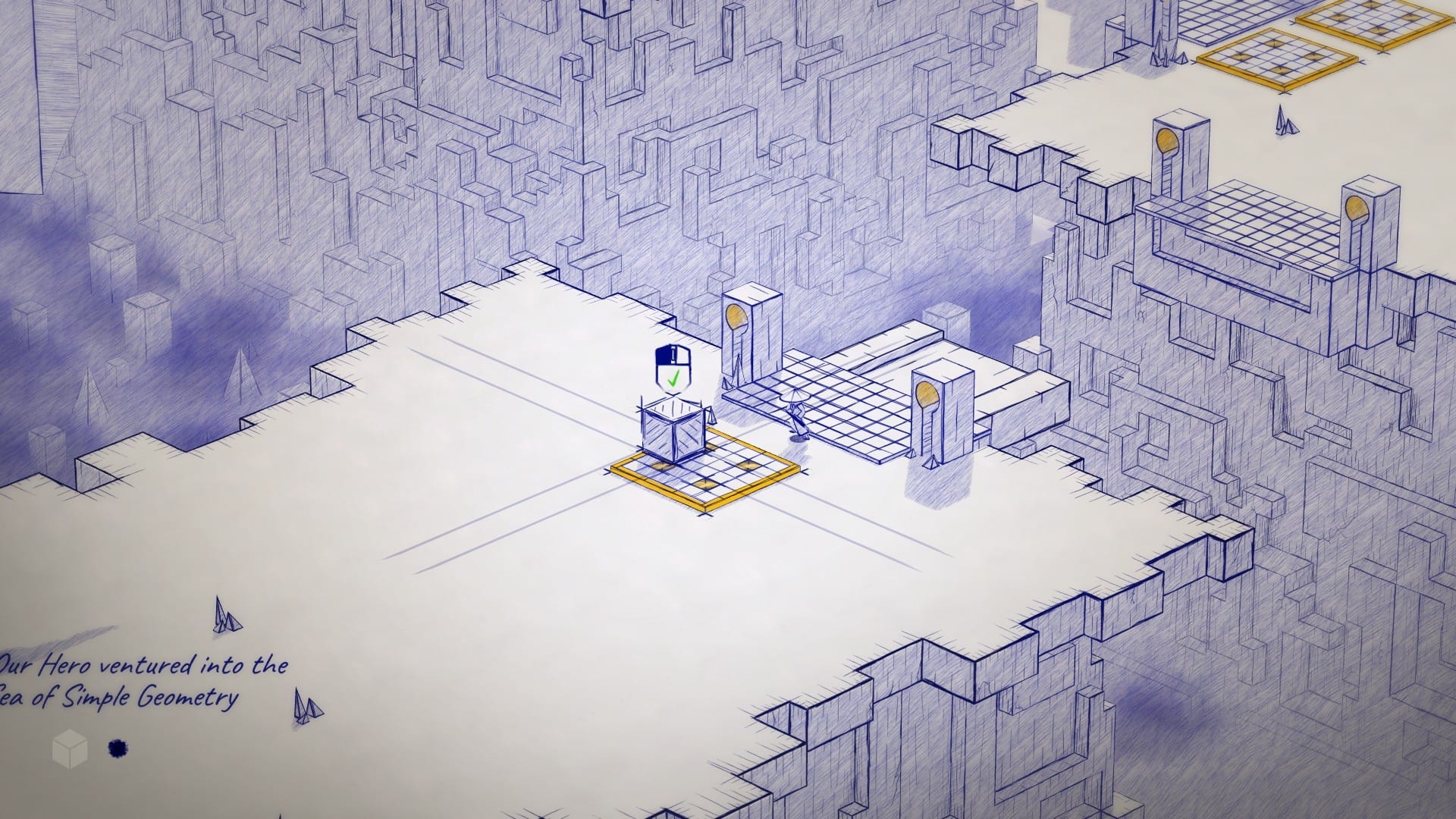 For $19.99, Inked seems like a little on the pricey side for a puzzle game, but I feel like it’s much more than just a puzzler.

I think that Inked is an incredible experience and If most people asked, I’d say to them they should go ahead and buy it. If you have ever enjoyed playing either a single player game, a story-based game, or a puzzler, you’ll love Inked.

Inked features a lot of exploration and has a heavy focus on story, so if you just want puzzles handed to you, get impatient with cutscenes and exploring, or aren’t interested in video game storytelling, Inked may not be for you.

Thank you for taking the time to read my review on Inked. If you’ve played it already, why not share your thoughts on the game with us?