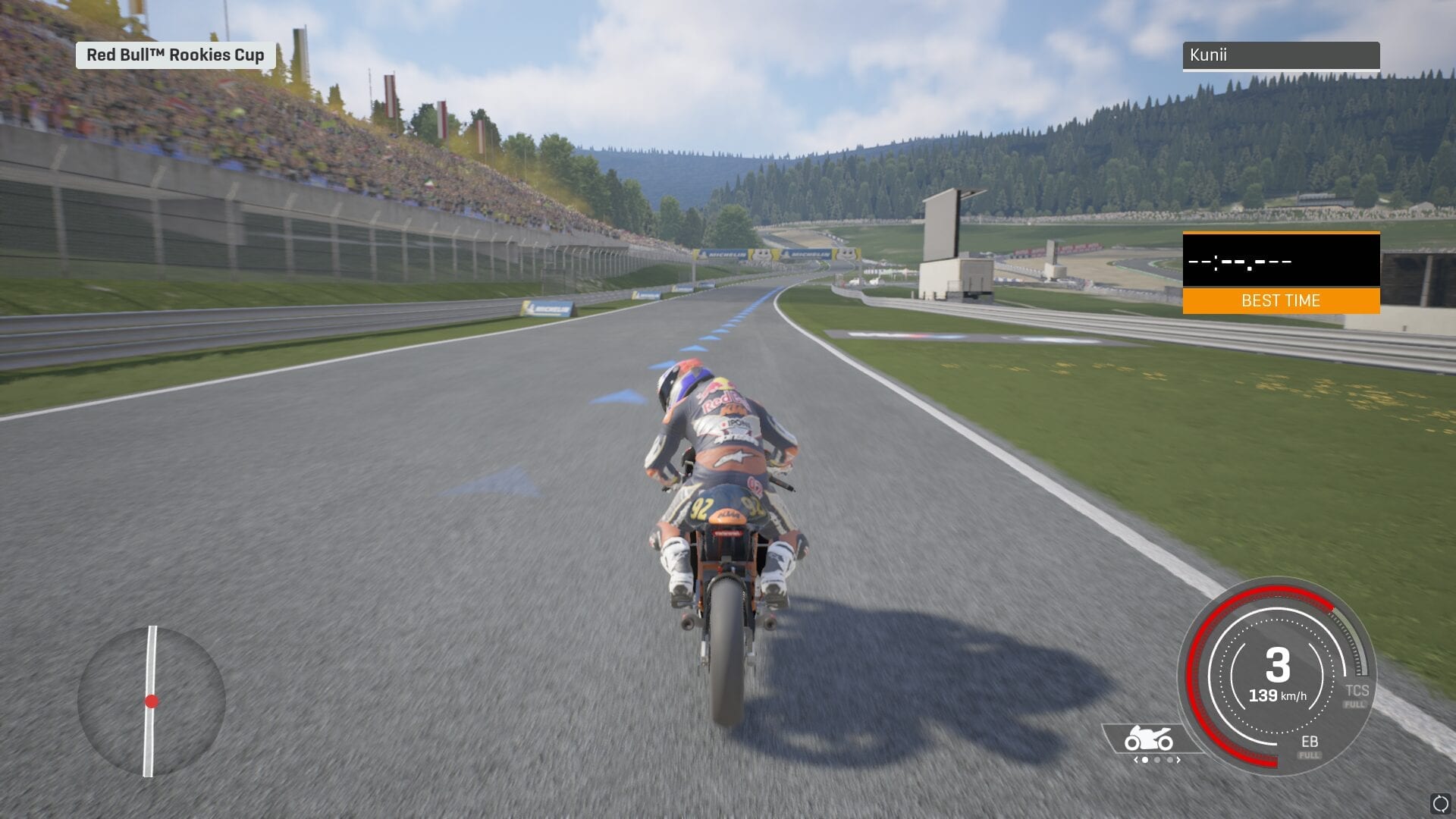 MotoGP18 is the newest Moto racing simulator from Milestone S.r.l. If this is your type of game, you’re probably familiar with the name, if not: They have a lot of experience making games like this one. First up: This is a racing simulation, not an arcade racer, meaning that the game’s racing experience is far more realistic than some people prefer. 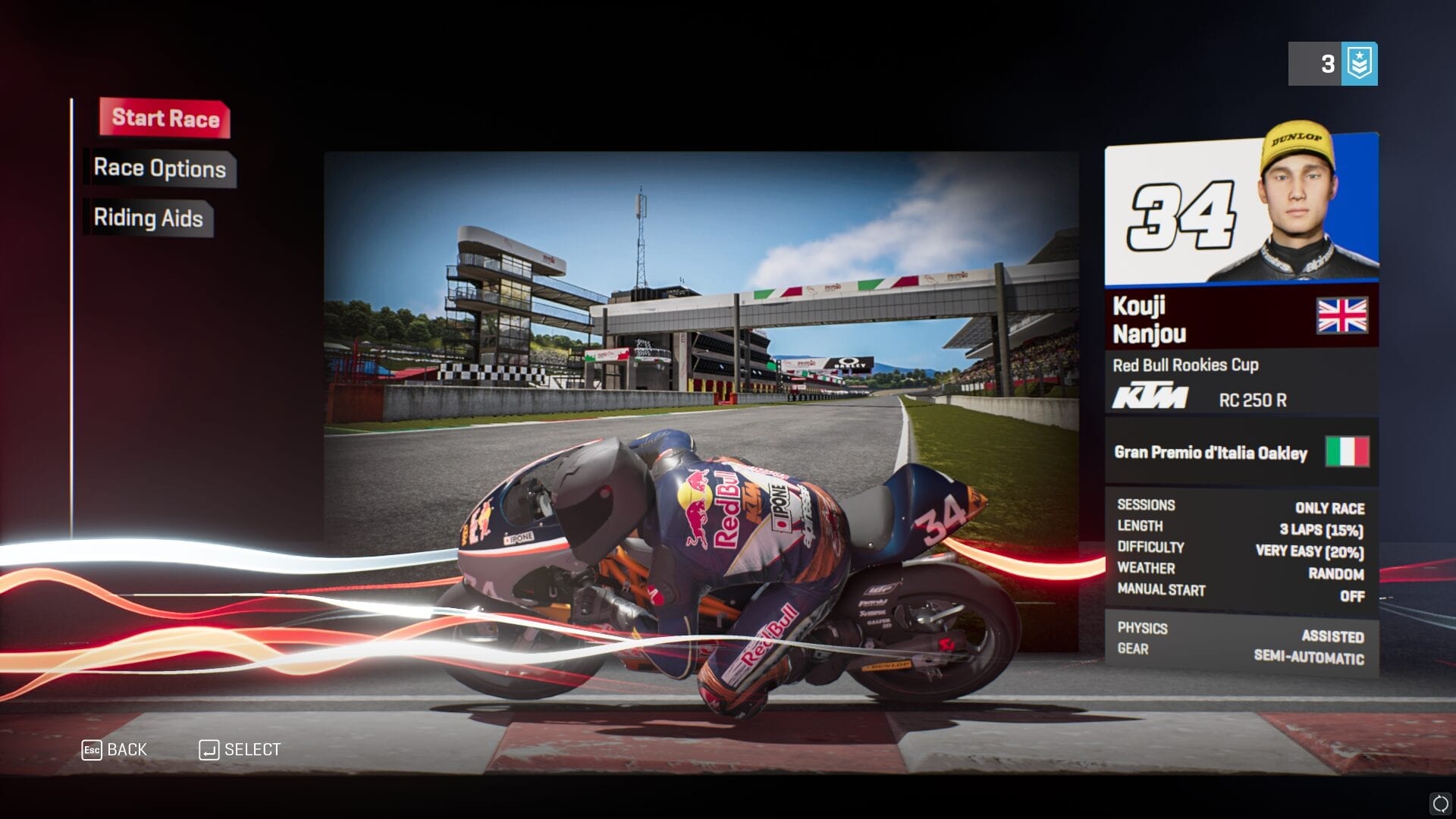 It couldn’t be simpler. The player starts a career in bike racing and moves through championship after championship in order to move up the ranks and possibly get a contract with a better team. The game is far from story-driven and mostly relies on the realistic driving experience to entice players. The career and reputation system (the EXP of this game) give it a nice framework to play out in.

The game doesn’t have a storyline per se, and can instead create a customised character – from a few presets anyway – that then moves through the races. There are a total of 19 different international tracks available, with the first race taking place in Spain.

This is where the game didn’t quite measure up. Built in Unreal Engine, the game does look good, but some areas have been almost criminally neglected. What do I mean? The people. While the racers themselves are spectacularly animated, others are not. The faces of the supporting crew, fans, etc make me wonder whether the developers have ever seen an actual human being. 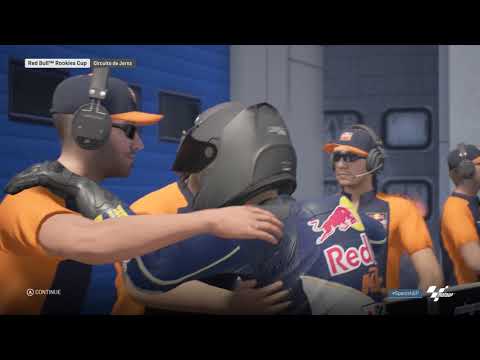 It’s a real shame too, because the bikes, tracks, weather and animations are spectacular. Another area of neglect are the viewers. During the race, the sidelines are filled with fans and adoring watchers, but sadly they don’t hold up to inspection. Their animation is jumpy and ragged, and while this is unnoticeable during the race itself, those few moments before the drivers start make it very obvious. 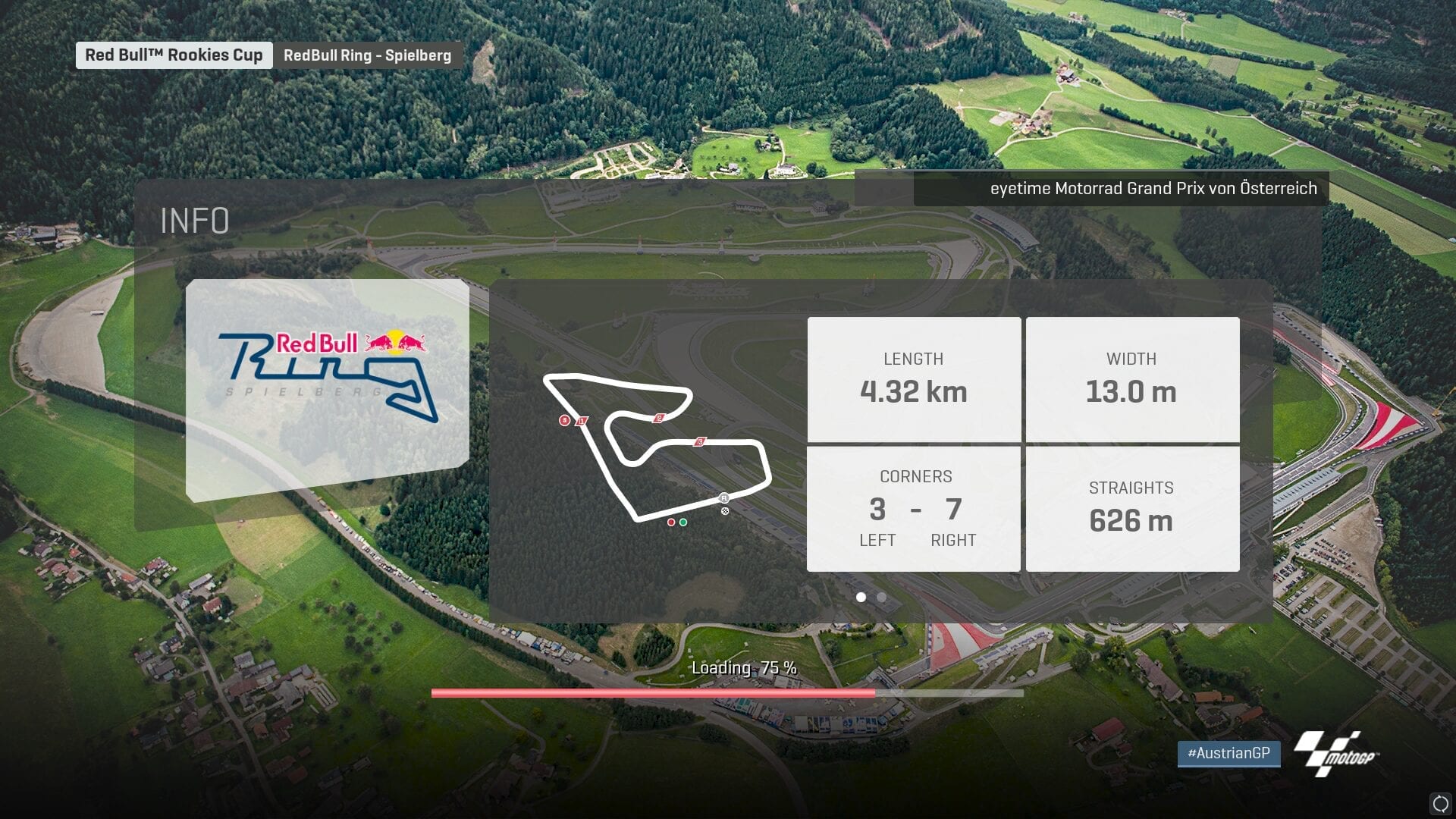 Riders can be customised by choosing from one of over a dozen pre-sets, but not much else can be changed. Boots, gloves and helmet can be swapped out for other designs, but these changes are purely cosmetical and have no impact on the actual game experience.

The game is a simulation first and foremost, which means that it places a heavy emphasis on handling, freedom of controls and more. All in all, it fulfils its role very well. The bikes handle well and on higher difficulty (or pro) settings, the challenge can really be felt. 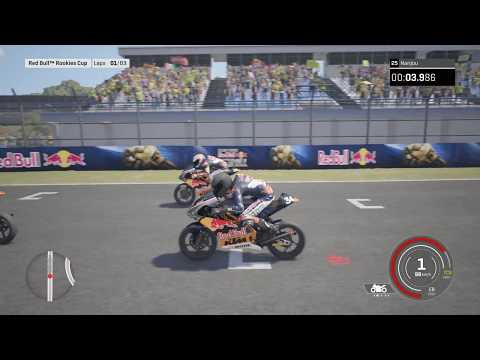 The only downside is the brakes. While in most simulations, the brakes would be freely customisable, MotoGP18 only partially allows this. At full speed, engaging the front break fully brings the bike to a gentle stop. As fellow bike enthusiasts may now, in a real situation this would at best have the rider collide with the bike’s handles, and more than likely will send them flying off the bike. These spongy brakes take away from what could be a near-perfect experience otherwise. 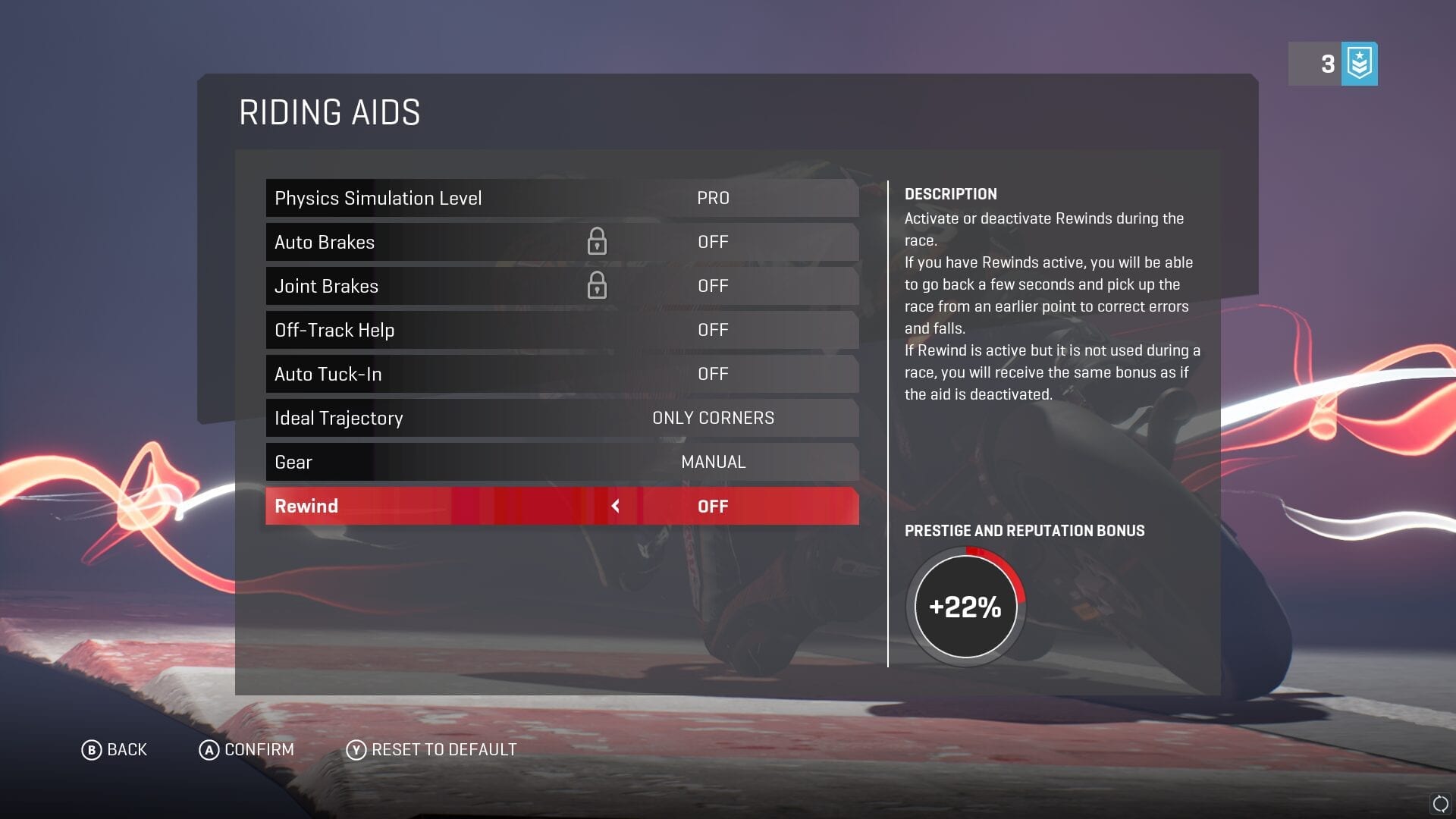 Almost every aspect of the riding can be customised, with different levels of AI assistance and differences in behaviour. Even the way the rider leans into curves can be altered, with half a dozen different styles.

Sound-wise, the game is spectacular. From the moment the main menu music starts, the game is immersive, engaging and feels great. While the bystanders look almost creepy with their shoddy animations, their chatter and cheering sounds great, as does the voice acting. Before every race, a commentator explains the weather and what race is about to start, making the whole experience just that – an experience. The engine sounds are lovely and not far off what a real bike sounds like, which really helps with the immersion. 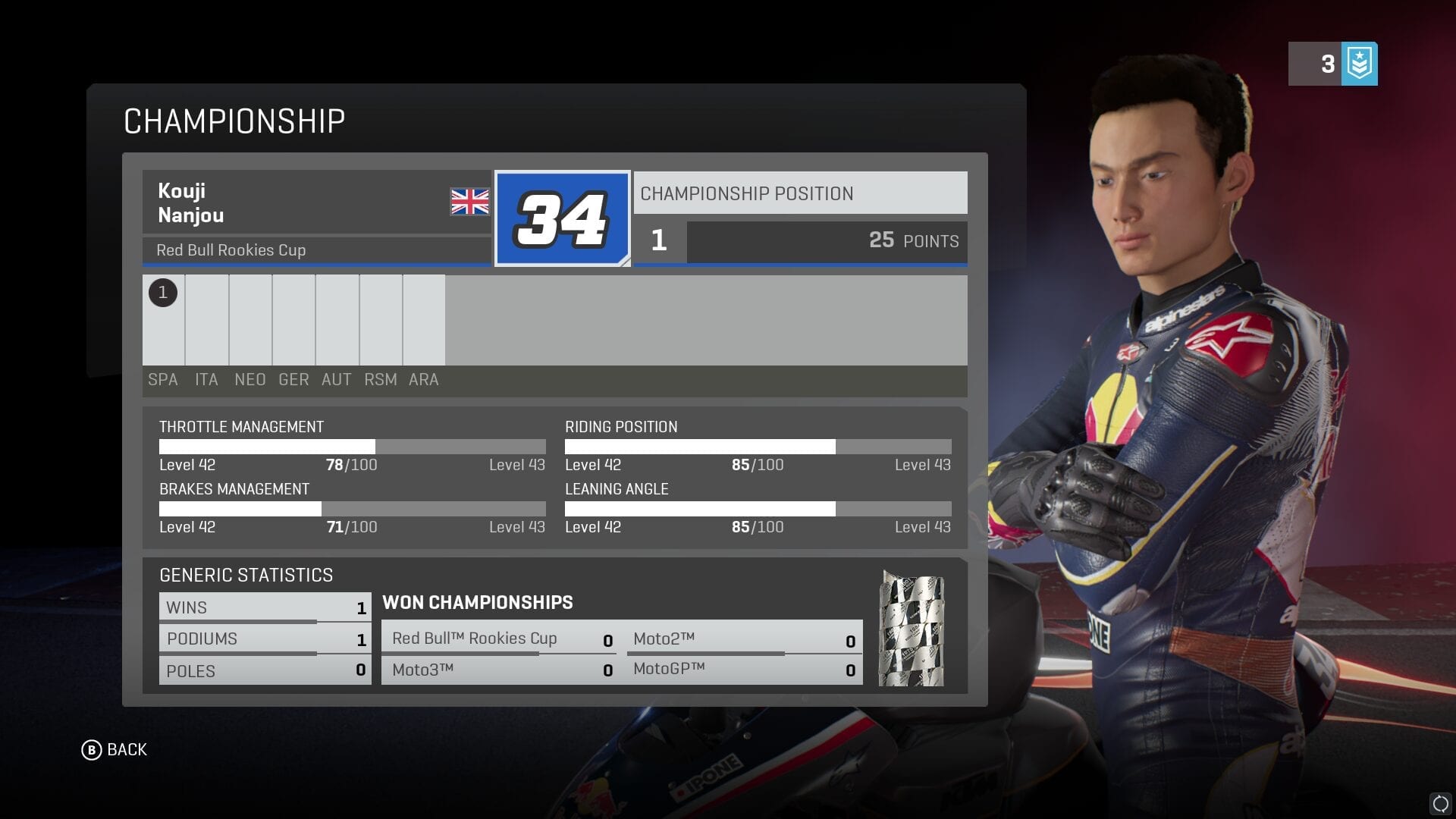 This racing simulator is good but not great. It’s a definite improvement over last years MotoGP17, but it isn’t all that it could be. The simulation experience is great, but the spongy brakes do take away from it. The immersive and well-made sound effects and music can’t make up for it, nor can the amazing detail and realism of the drivers’ animation. The game is definitely worth picking up for simulation fans, but it does have a few flaws.