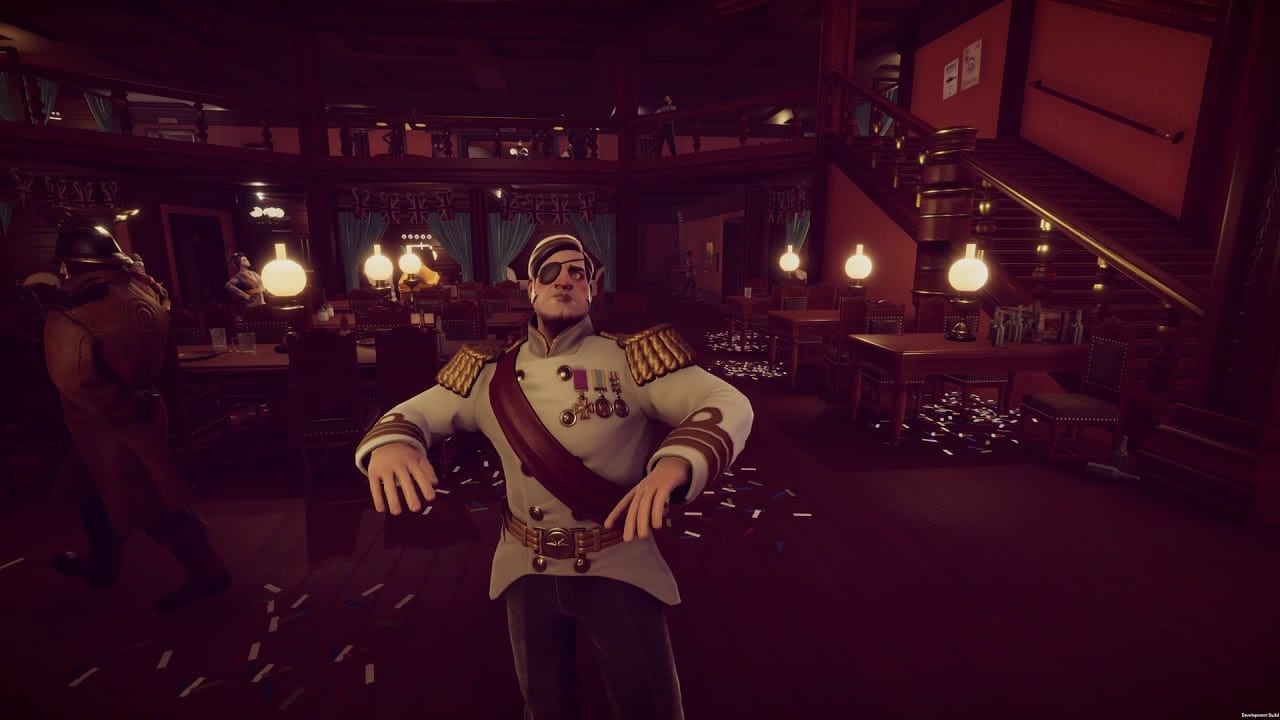 Murderous Pursuits is a Victorian-themed multiplayer stealth game that takes concepts and gameplay elements that I’ve yet to see popularised.

Murderous Pursuits is great fun and proves to be a good experience for anybody bored of the typical video game genres you see used over and over again.

Here are my full thoughts on Murderous Pursuits and our opinions on whether you should buy it. 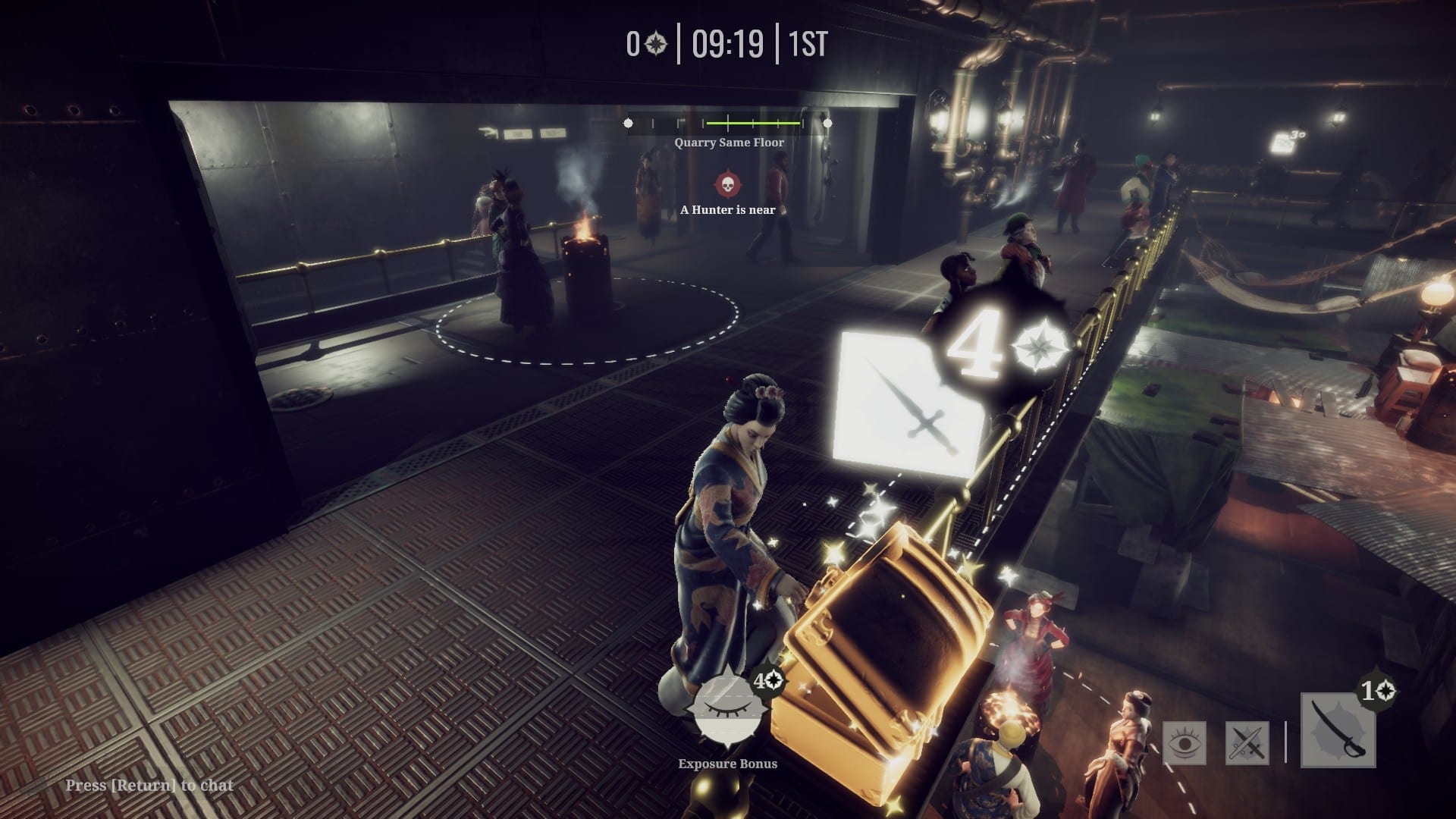 Because Murderous Pursuits is quite an original concept, I thought I’d preface by explaining exactly how the game works.

In Murderous Pursuits, you join a lobby with up to 7 other people. Once the game starts, you are all tasked with a person you must track down and kill within a large social gathering. Finding your target can be difficult because you’ll have to wade through crowds of people.

You have an indicator at the top of the screen that tells you how close you are to your target, but that’s the only information you get. You essentially have to make assumptions about who your target is by their behavior.

There are dozens of NPC characters that walk around throughout the world, but your target is always a player, or if the lobby isn’t full enough, an AI controlled player. 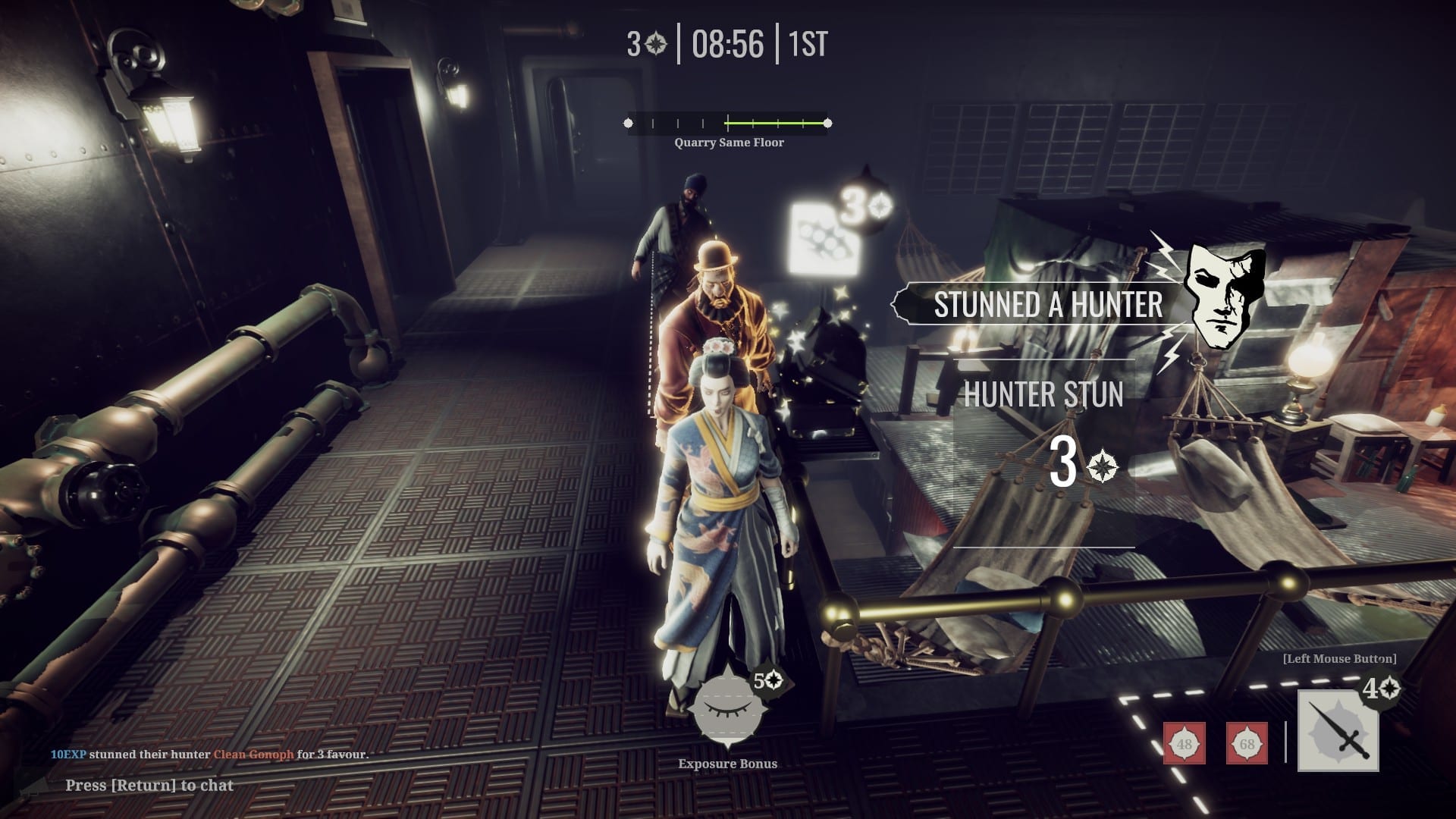 Murderous Pursuits also uses a stealth mechanic – if you run around or walk for too long without merging in with the crowds of people, your exposure goes up. When you kill your target, you get more points for having a lower exposure.

To make things more interesting, players can also find different weapons on the map that also improve your score and players get to choose two abilities at the start of the game.

Once the timer is up, the person with the most score wins.

Gameplay Mechanics Review – Do They Hold Up In A Multiplayer Game? 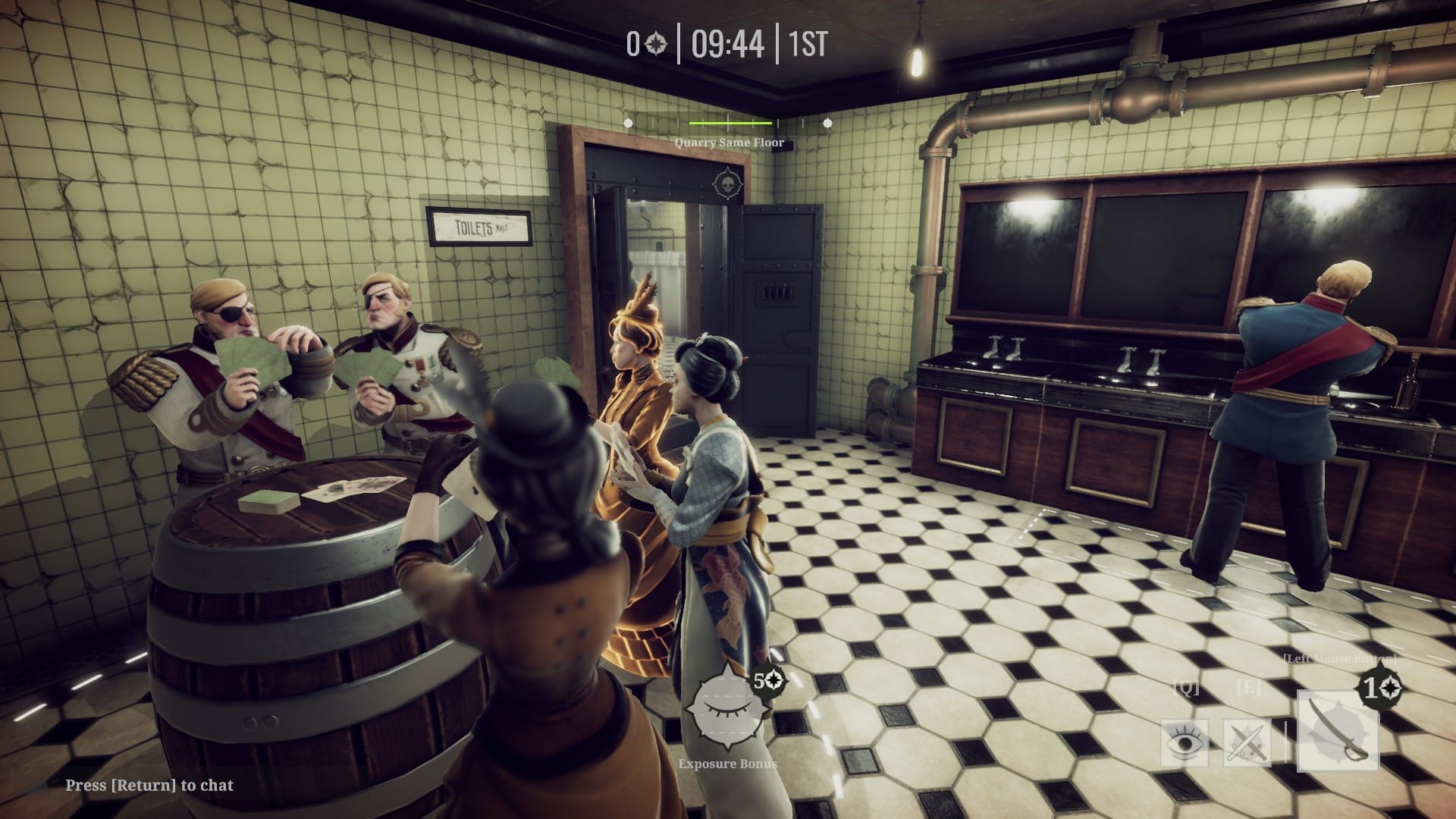 So, now that I’ve explained how the game mechanics work in Murderous Pursuits, I want to share my opinions on how they hold up in a multiplayer game.

I think that, for a party game, Murderous Pursuits does very well. It has the right kind of mechanics to give you and your friends short and enjoyable 1-2 hour sessions.

There is a nice selection of maps to keep things interesting and trying to outwit your friends whilst in a group voice chat together can provide a level of fun that few games can offer. 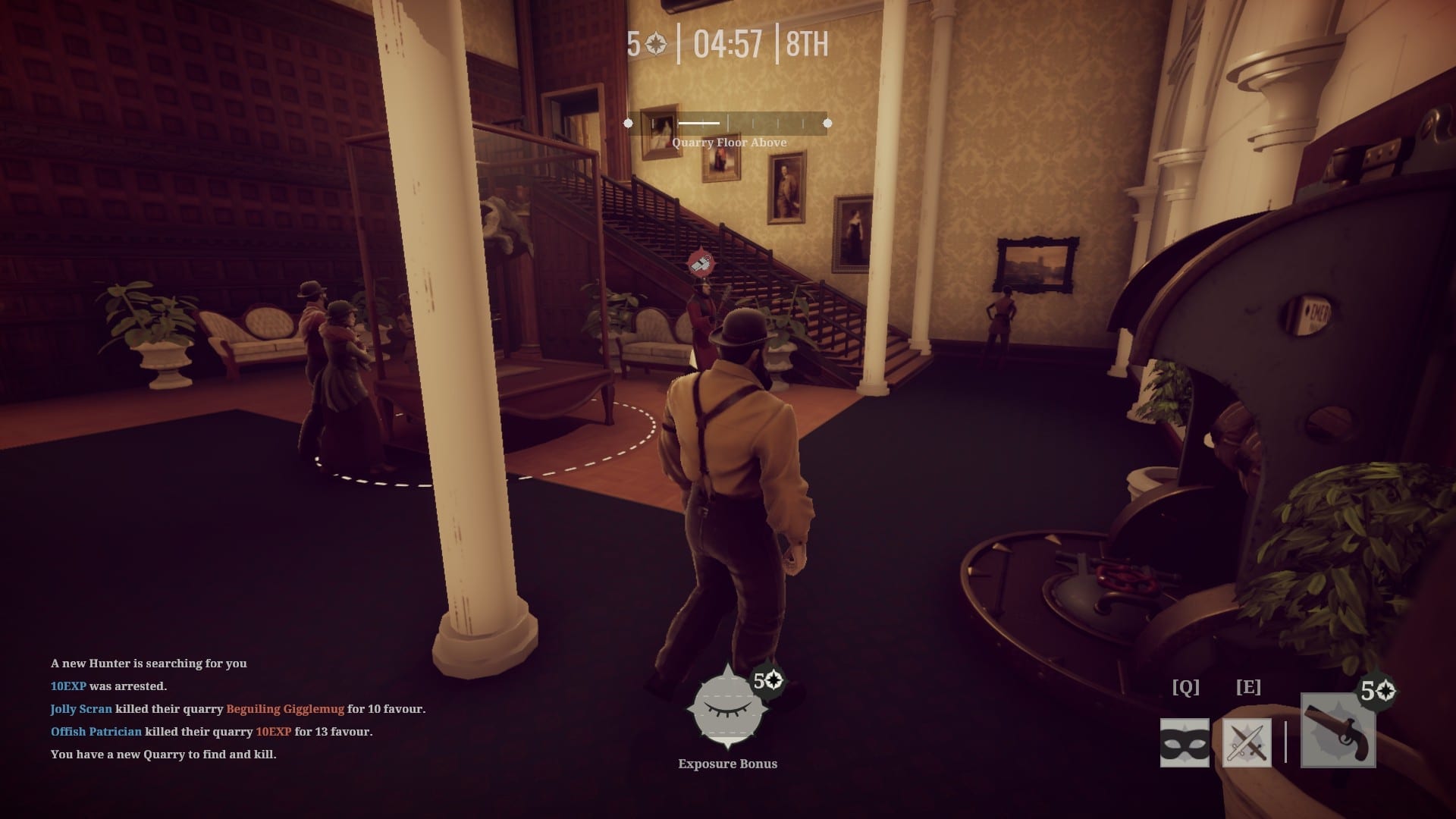 When I play Murderous Pursuits, I think about Dead By Daylight – this is a multiplayer game that stands out as a unique game, too, but the mechanics are more refined and the developers have managed to create a unique competitive matchmaking experience.

Dead By Daylight is great fun to play with your friends, but you can easily be engrossed by playing matchmaking on your own.

Murderous Pursuits doesn’t quite have this charm yet, perhaps because of the fact that the scope of the game doesn’t quite go far enough to create a competitive atmosphere. 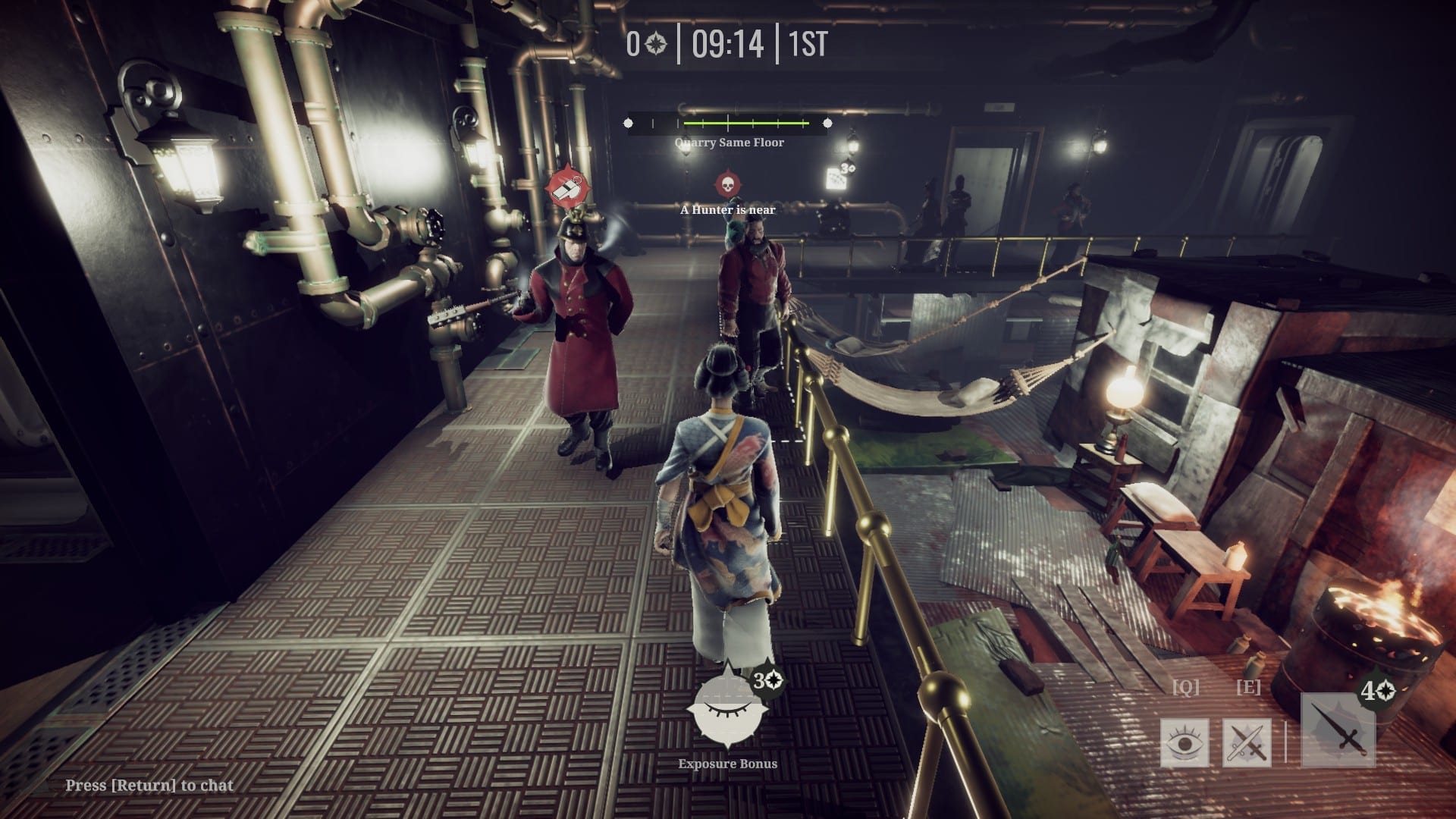 So with everything in mind so far, I want to talk about the longevity of Murderous Pursuits. As it stands currently, I think that you could get 5 to 10 hours out of the game before things become repetitive.

After that, Murderous Pursuits will sit in your library as one of those titles you’ll pick up time to time when your friend group is together. It sits alongside other party games like Golf With Your Friends, Human: Fall Flat, and Garry’s Mod.

There are some progression systems in play that allow players to work towards something, but the gameplay lacks enough variation to make it a repeatable game you can put dozens, or maybe even hundreds of hours into. 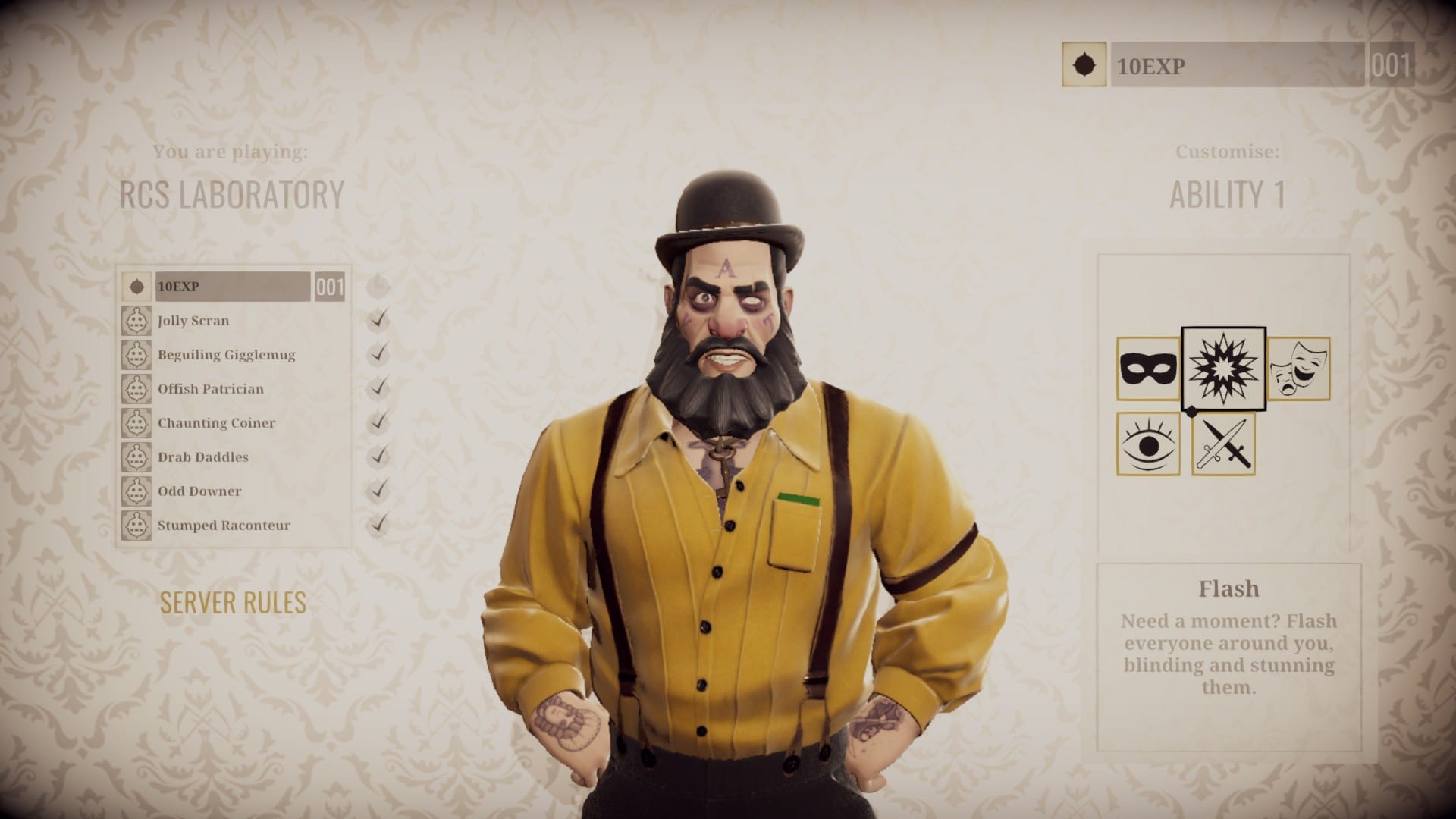 If Murderous Pursuits had a game mode where players only had a limited number of lives before they lost the game, and perhaps the player count was just 4 or 5 per lobby, things could be a lot tenser.

It’d be nice to see more game features that could make it more challenging to find each other’s targets. Perhaps another approach would be to introduce tasks players had to complete before they could locate who their target was.

Thankfully, the developers are working on adding monthly modes to keep things interesting for a longer time, so we will have to wait and see how these play out.

Thoughts On Performance, Graphics, and Audio 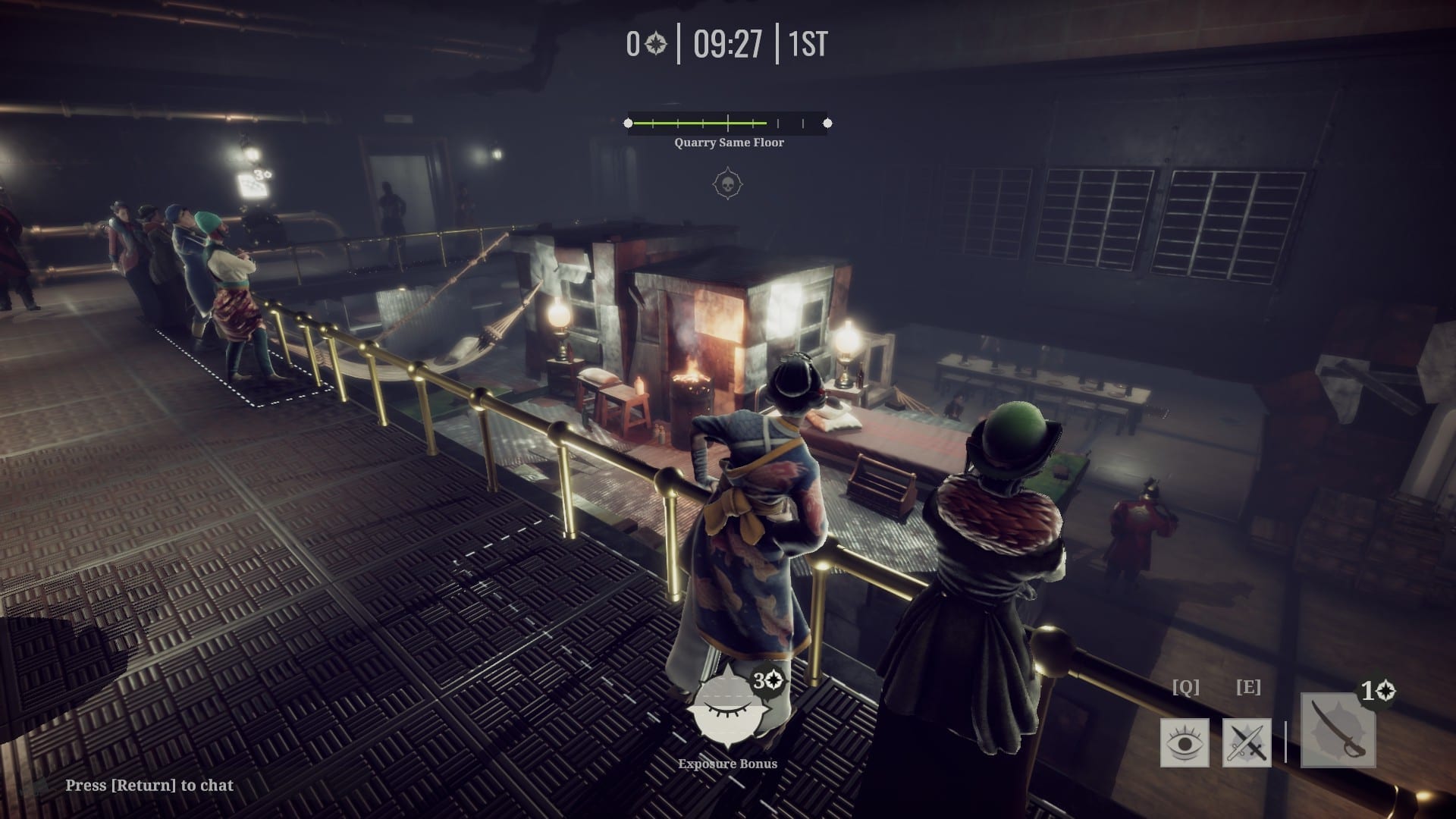 I was very impressed with Murderous Pursuits visual style. With a Victorian theme in play alongside some steampunk inspiration, we had a variety of environments and character designs that really transported me back in time.

The game looked gorgeous as well – instead of going for ultra realistic graphics, Murderous Pursuits uses a more stylized art style that reminded me somewhat of Bioshock Infinite. The environments were always filled with detail and a lot of care had gone into bringing the game world to life.

The audio was also a treat – the developers did a great job to pull together a bustling, immersive experience. At times, it felt like Murderous Pursuits was set on board an extravagant alternate version of the Orient Express.

Performance for Murderous Pursuits was perfect – I never had any issues with frame rate or hitches in performance and the loading times were always reasonable.

Is Murderous Pursuits Worth Buying? 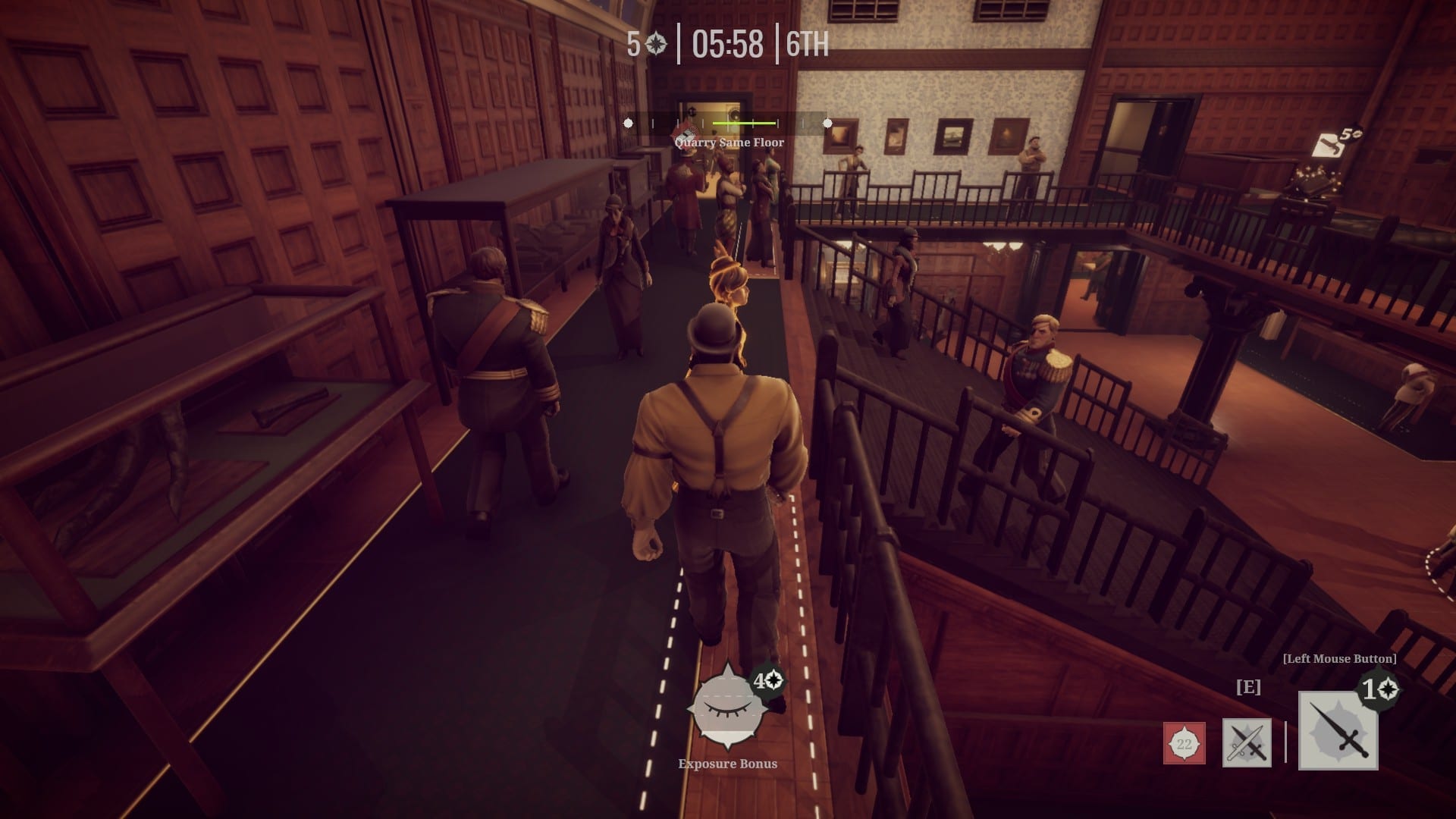 If you’re looking for a fun party game to spend the evening on, Murderous Pursuits is absolutely worth picking up.

Murderous Pursuits is easy to get to grips with and it creates a fun environment for you and your friends to delve into.

If you’re hoping that Murderous Pursuits will extend past these initial experiences as an alternative competitive multiplayer game, like Dead By Daylight, you will be let down slightly.

I’d say you could get a good 5-10 hours of fun from Murderous Pursuits initially, then maybe a few hours here and there. Besides that, there’s not quite enough here to push the gameplay time further.

If you’re happy to spend $19.99 on a game that’ll last you 10 hours, I think you’ll absolutely love Murderous Pursuits. If not, it may be worth waiting for a sale.