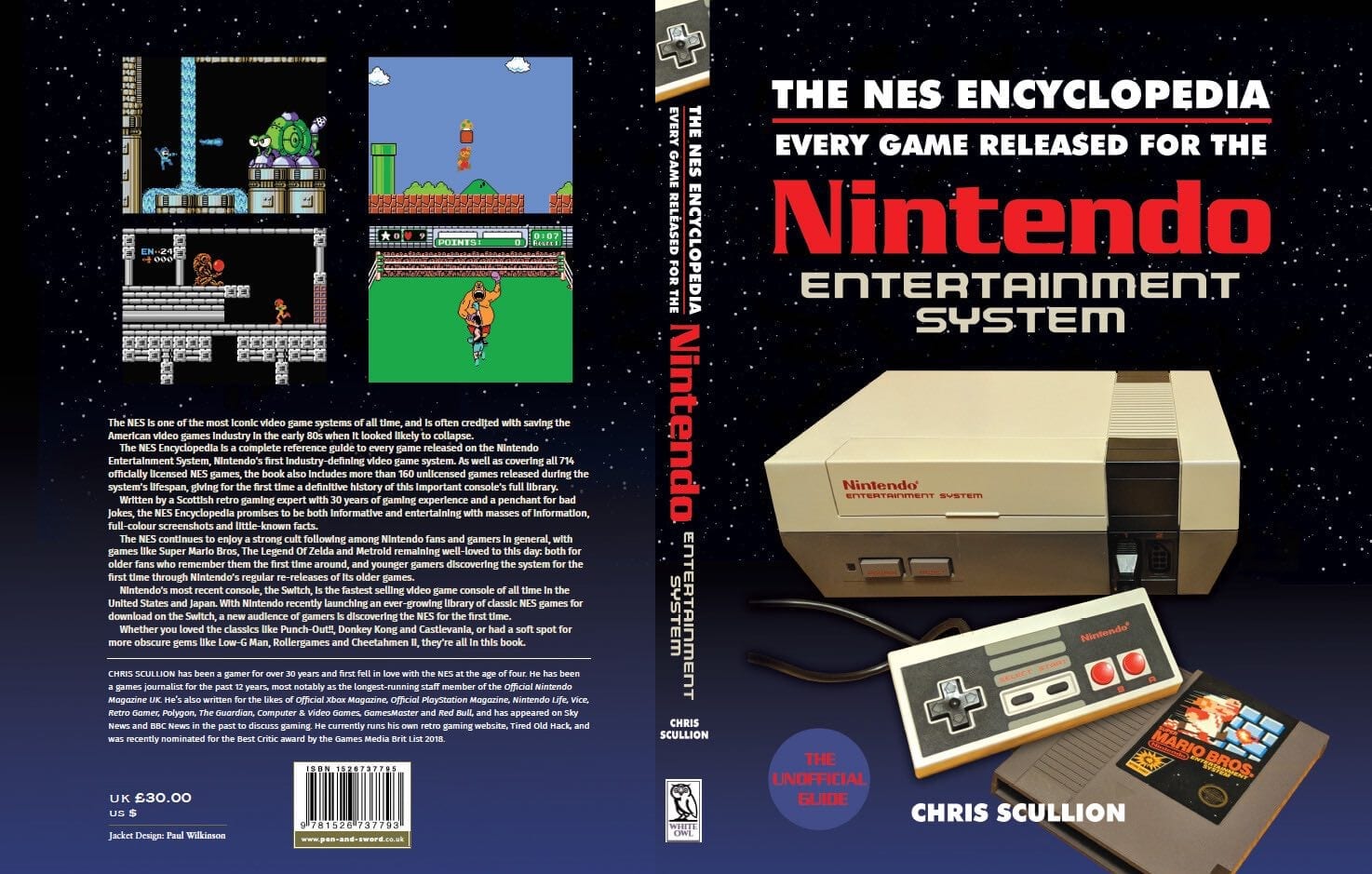 There’s a pretty huge section of the video game community that’s solely devoted to the stories, the memories and the nostalgia that come from early console gaming, and you’ll be hard-pressed to find a console more loved than the Nintendo Entertainment System.

While most people are looking to the next-generation of gaming, there’s still so much to be said for some of the first consoles on the market, and with impressive sales numbers for the likes of the Nintendo’s NES and SNES Classic consoles, there’s still a huge amount of interest for the games we loved as kids.

Whether you’re an older gamer with a keen memory or a younger player looking to expand your knowledge, you won’t find a better addition to your gaming library than Chris Scullion’s The NES Encyclopedia: Every Game Released for the Nintendo Entertainment System.

The NES Encyclopedia takes pride of place in the market, being “the first ever complete reference guide to every game released on the Nintendo Entertainment System.”

Including not just the 714 officially licensed NES games, but also more than 160 unlicensed games released during its lifespan, this truly is the definitive guide to the NES’ titles.

This deliciously moreish read is nostalgia at its finest, delivering a high-quality and incredibly in-depth look at not just the NES games you’ve heard of, but all of the ones you didn’t even know existed.

Each game comes with an explanation of its creation, its gameplay or its impact on the video games market, with particularly interesting additions given more breathing space on the page. Don’t expect any details to be overlooked in this book as it’s a chunky 261 pages from one of the most knowledgable sources on Nintendo’s games.

Chatting with Scullion, a games journalist of 13 years, it’s clear that his passion for the industry shines through more than just the pages of his book. Thankfully, The NES Encyclopedia is just the start.

Get my first ever book, The NES Encyclopedia!

For more details and how to order it, click here: https://t.co/uUiEk5Vf7c pic.twitter.com/N1MM3Mqt97

“I want this to be my ‘thing’ going forward,” Scullion tells me. “The dream is that 20 years from now all retro gamers will have a bookshelf full of my books, a sort of definite reference guide to the history of gaming.”

If the NES era was a little before your time then you’re in luck, because Scullion’s aiming to create what’s essentially “like the Encyclopedia Britannica only for games,” meaning there’s a lot more planned for the future.

“I’m currently working on the SNES version at this moment and it should be out next spring, and the hope is that (as long as they keep selling) we can go on with Mega Drive, N64, Dreamcast etc.”

The NES Encyclopedia: Every Game Released for the Nintendo Entertainment System is available in hardback in the UK right now, with a paperback version due later this year.

For US residents the book will be available from August 9, and is available for pre-order right now.