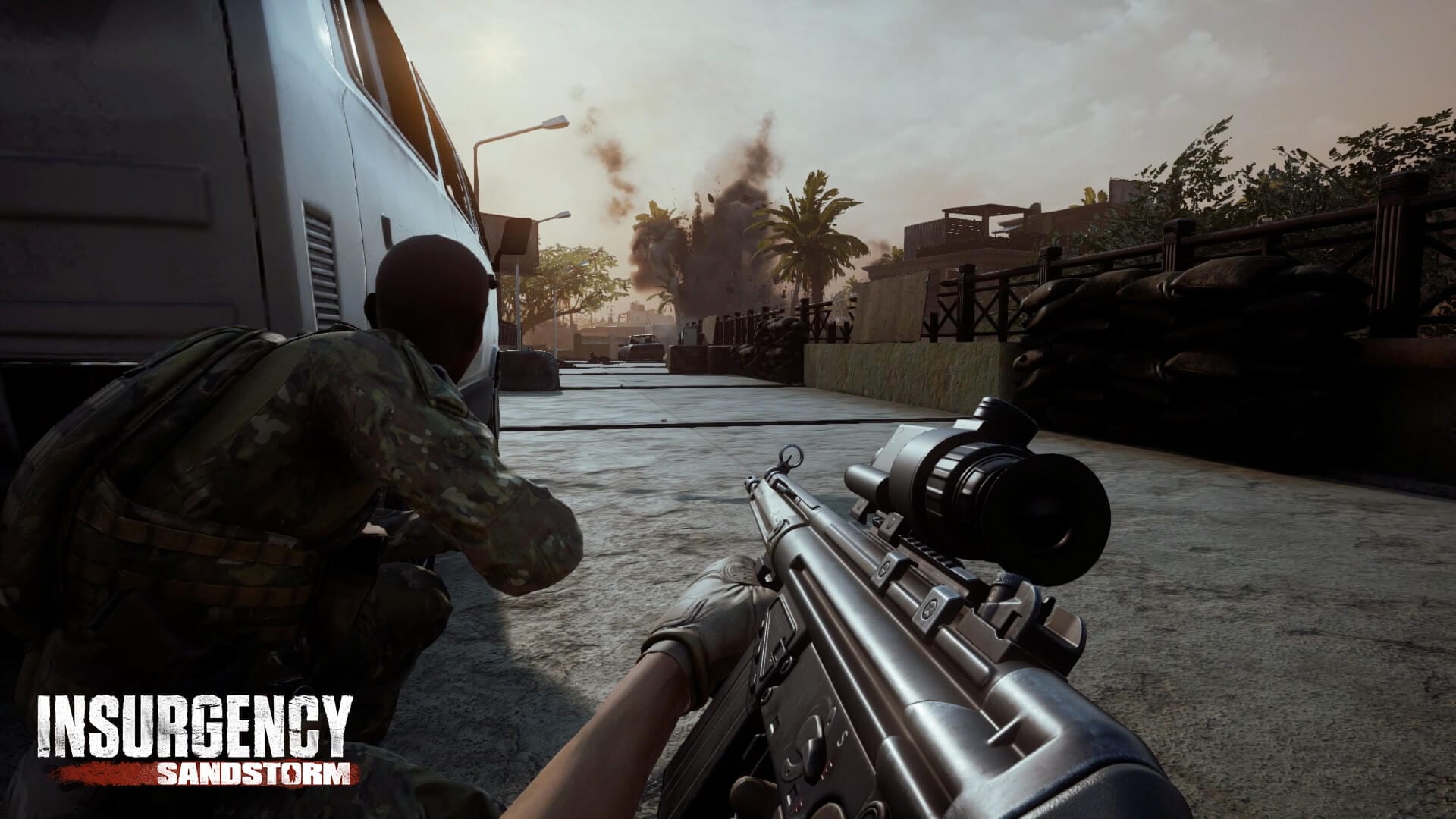 Insurgency is an upcoming tactical team based first person shooter that has insane lifelike weapon mechanics and bullet penetration.

Inspiration from games like Battlefield, CS:GO, and Rainbow Six Siege is clear, but Insurgency Sandstorm stands out as its own unique experience.

I managed to get my hands on the beta and initially I’m very impressed. Here’s what I have to say.

What Is Insurgency Sandstorm? 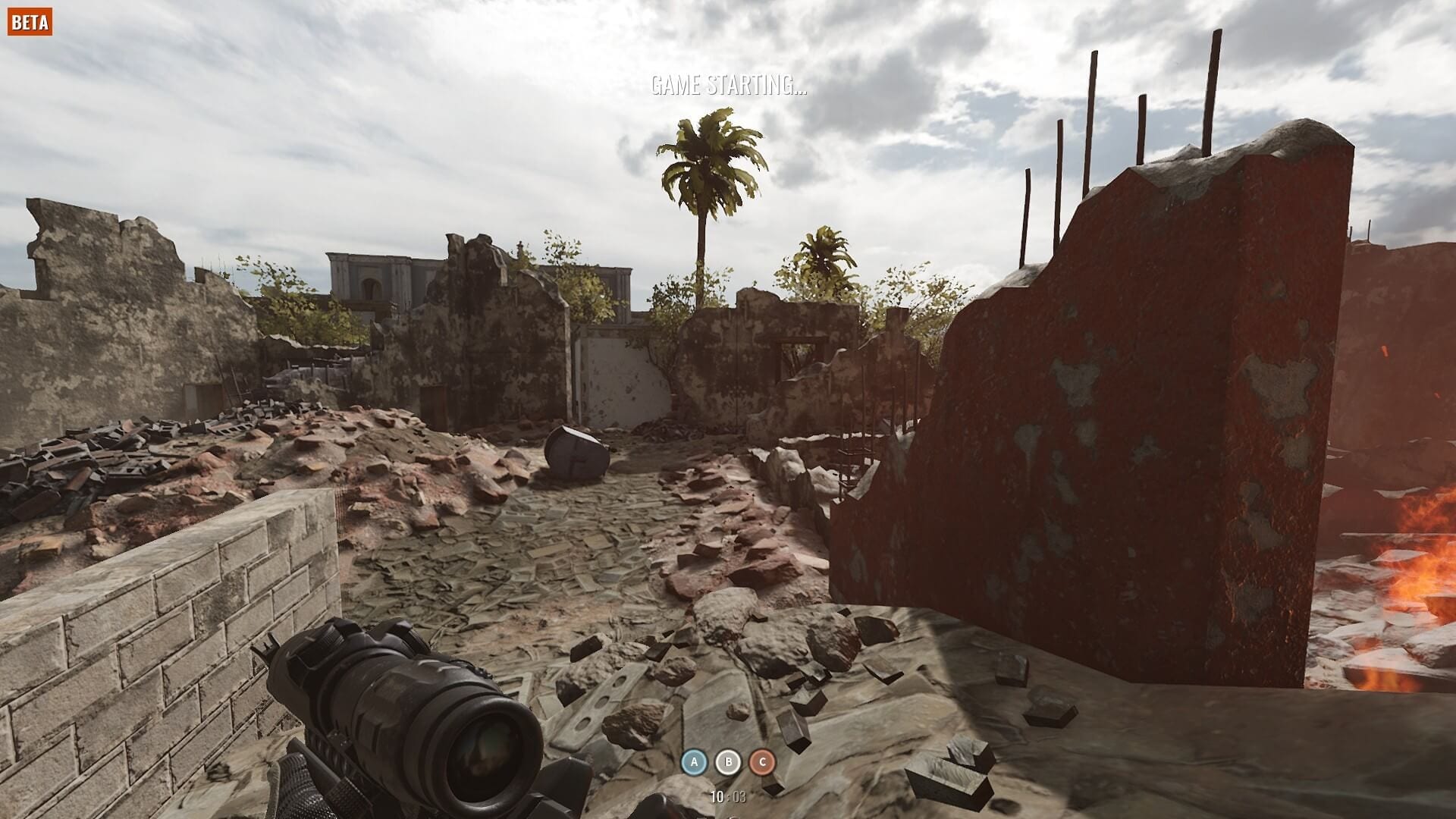 Insurgency Sandstorm is an upcoming team-based first person shooter game with a focus on objective based gameplay and lifelike gun mechanics.

New World Interactive is the developer working on Insurgency Sandstorm and this isn’t their first walk in the park when it comes to these kinds of games.

Sandstorm actually has a prequel, simply known as Insurgency. The original had the same traits – intense, tactical gameplay where patience and careful aim is key. I have to say that after playing both games, Insurgency Sandstorm takes what the first game did and refines it, turning it into a more playable experience.

The UI is instantly far cleaner and easier to navigate than the original, with new customization options, new maps and new game modes.

For me, this is the formula of ingredients that make Insurgency Sandstorm what it is: 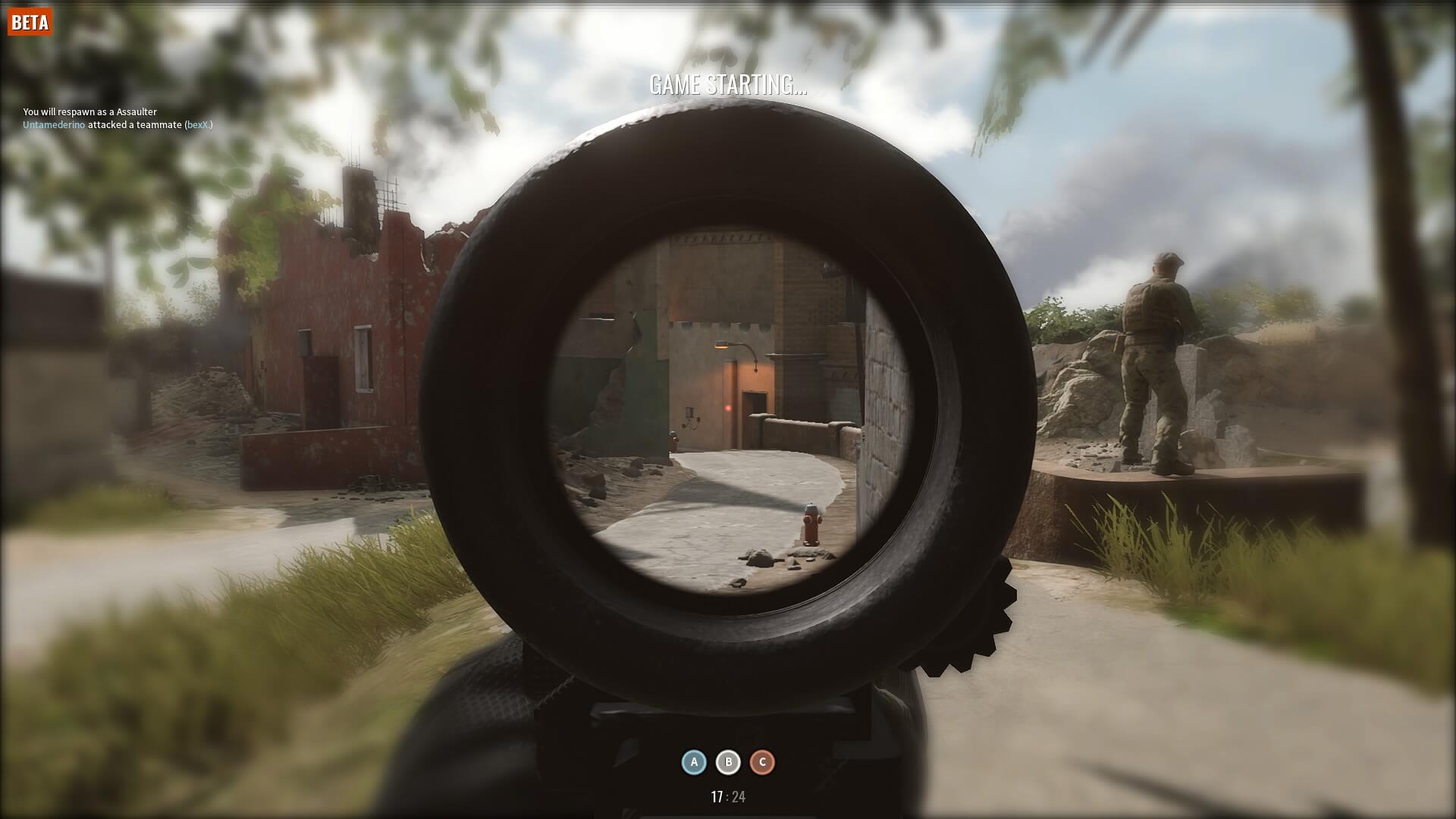 You’re thrown into the battlefield. You’ve been tasked with taking over a compound held by terrorists.

You hear the snaps of bullets ricocheting all around you. People are taking cover in buildings as gunfire is traded back and forth.

You’re playing a game, but part of you feels like you are really there. Insurgency Sandstorm has perfected immersion in a way that very few first person shooter games have. If you’ve ever got lost in the chaos of a Battlefield or Arma 3 game, you’ll know what I’m talking about. 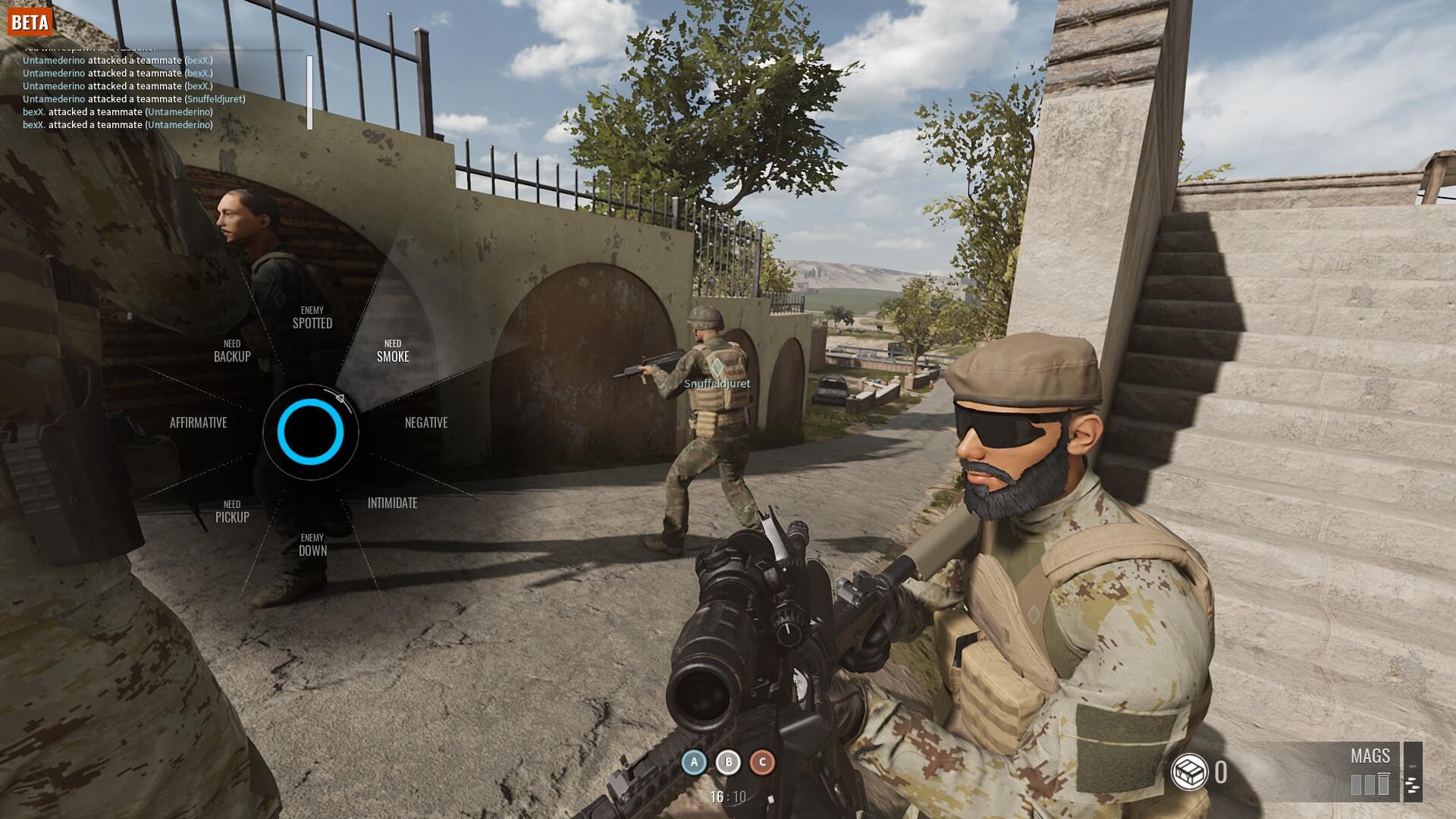 Part of what makes Insurgency Sandstorm so immersive is the realistic weapon mechanics. From grenades and RPGs to a variety of assault rifles, SMGs, shotguns, and snipers. Every weapon feels like a dangerous killing machine.

Recoil is incredibly unforgiving, weapons have a weight to them, and taking out players takes unprecedented trigger discipline. You then have the fact that bullets are actually a real threat unlike most other shooter games.

If you get shot, you’ll feel it, and in most cases, bullets will you put you out before you even have time to blink.

Because of this intensity, getting kills in Insurgency Sandstorm is incredibly satisfying. When you shoot others players, you know they really felt it too. 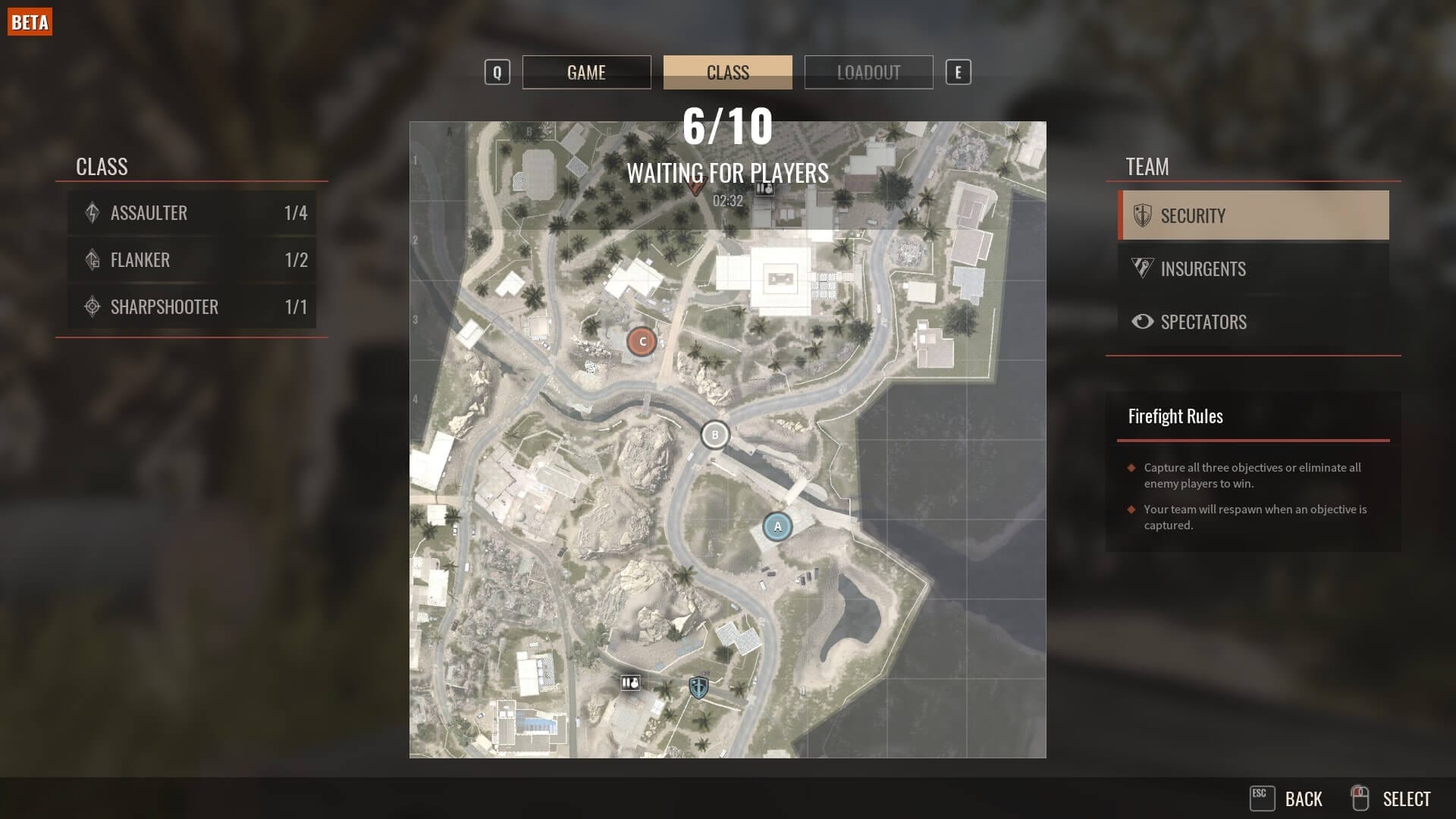 The maps in the Insurgency Sandstorm beta varied in size, but they’re not exceptionally massive. Most of the maps are designed similarly to Battlefield’s Rush maps. In some game modes, you’re fed new areas of the map as the game progresses.

This gives Insurgency Sandstorm’s maps the illusion that they are larger. Another thing to note is that the maps are often filled with detail. In each map, there are countless routes to get from point A to point B.

With these points in mind, I have to say that I’ve been very impressed with Insurgency Sandstorm’s map design. Maps are detailed and varied enough so that you don’t feel claustrophobic, but you quickly learn the layout of each map like the back of your hand.

I did notice that the textures for some of the maps were a little lackluster and this broke the immersion for me at times. Hopefully, these issues will be fixed at launch.

There is a lot to cover when it comes to Insurgency Sandstorm’s game modes. Gameplay is split into three distinct categories: Coop, Normal Versus, and Competitive. Custom game modes will open up in the full release as well. 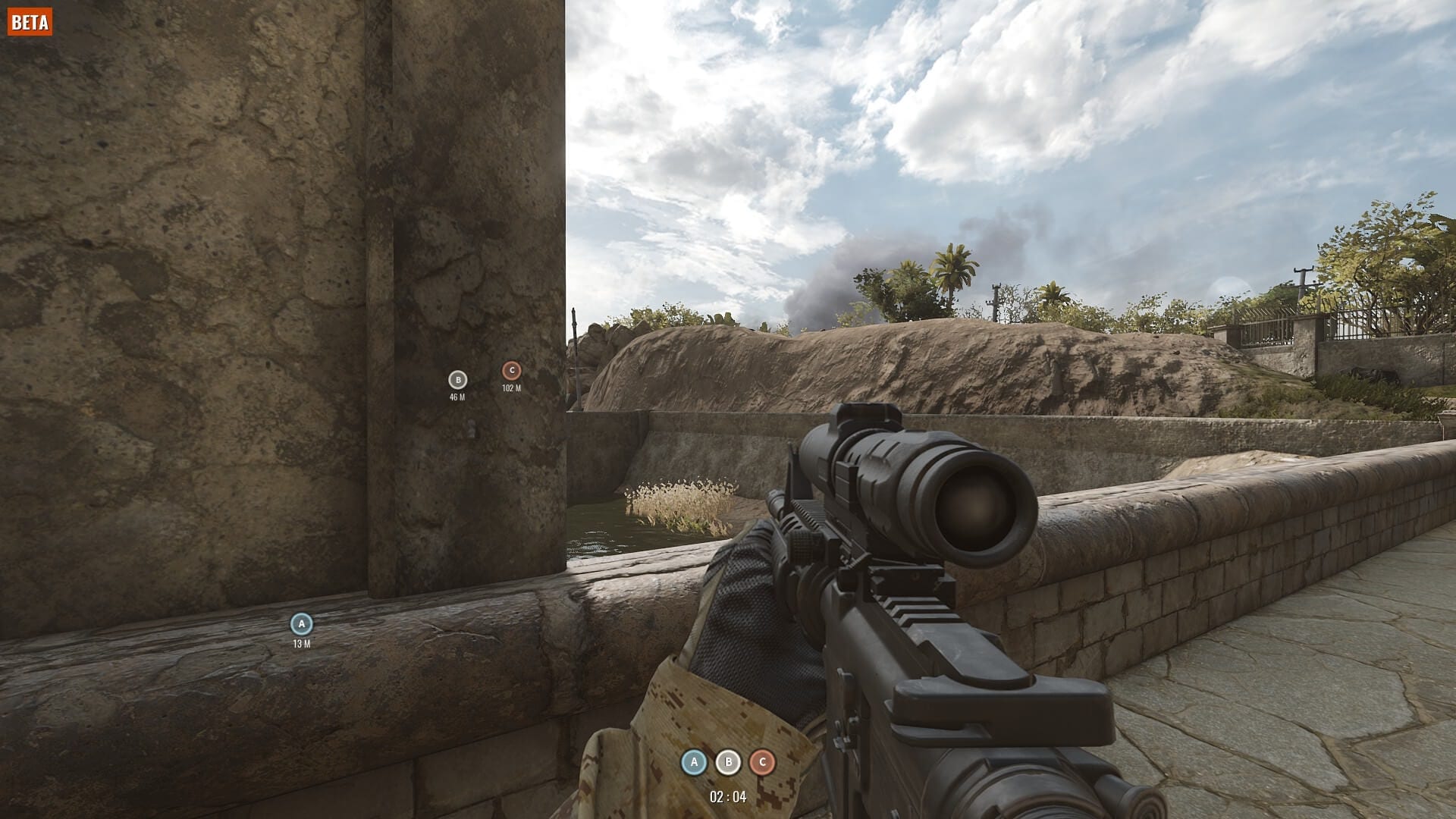 In Coop, you get a unique player versus AI experience where you go up against truly challenging AI opponents.

Most of the fun is to be had in the versus and competitive modes. In Competitive, you’ll play  5v5 in Insurgency’s competitive Firefight mode.

This experience is most similar to games like Siege and Counter Strike. It’s round based and a ranking system is implemented to give players something to work towards. Competitive also puts you in slightly smaller locations for quicker encounters.

There are three capture points in Firefight – you must control 2 and then take down the other players, or take control of all 3 to win the round. If you die, you won’t respawn until another player captures a checkpoint for your team.

The Versus game modes offer slightly more casual gameplay where respawns are more often. The games in Versus also support up to 32 players, so 16 per team.

With more players on the field, I found the Versus experience to feel very Battlefield-like.

Push is like Rush, where players fight through stages with limited waves of respawns.

Firefight is the same capture game mode in the competitive mode, but with 16 vs 16 combat.

Skirmish is similar to Firefight but there is also a supply cache in each team’s base. If it is destroyed, reinforcement waves will stop for that team. 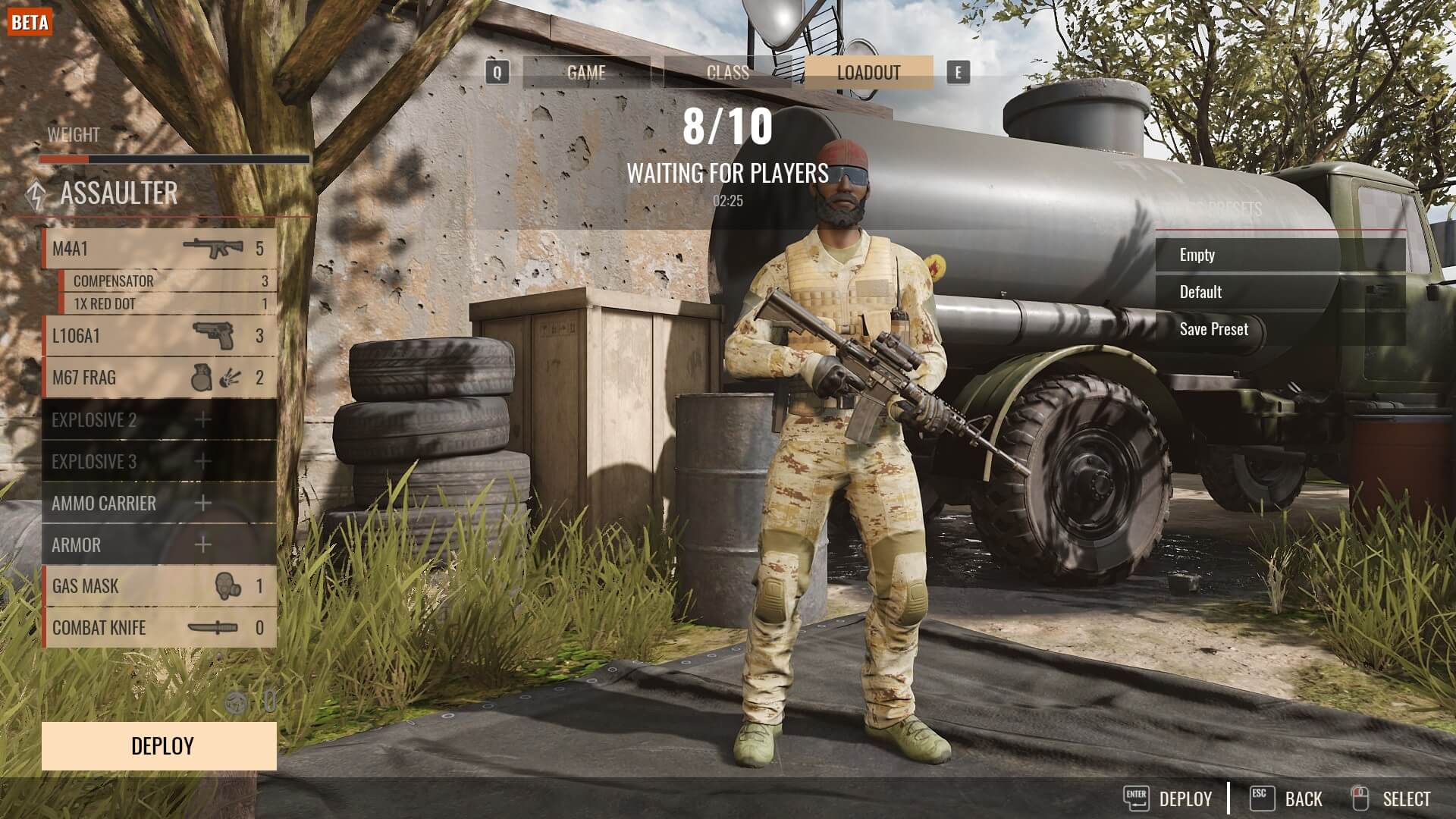 One thing that makes Insurgency Sandstorm unique is its class system. In competitive, you have the following:

You can only have one Sharpshooter and two flankers, which forces players to work together to cover all classes.

The versus mode has a similar system with more unique classes. There’s more freedom for choosing as you please, but there is still a limit on some classes.

I think this system forces gameplay balancing and it works well. I always found that many of the classes in Battlefield were never covered efficiently because players would stack the Assault and Scout classes.

Each class also has different loadout options. Players have a certain number of points to spend on better weapons, armor, grenades, and weapon attachments.

It’s a system that has been in since the original Insurgency and it’s one of my favorite loadout systems.

In summary, if you are after an intense team-based tactical first person shooter game, Insurgency Sandstorm will be for you. If you’re used to more casual FPS experiences, the intensity might just be a little too much for you.