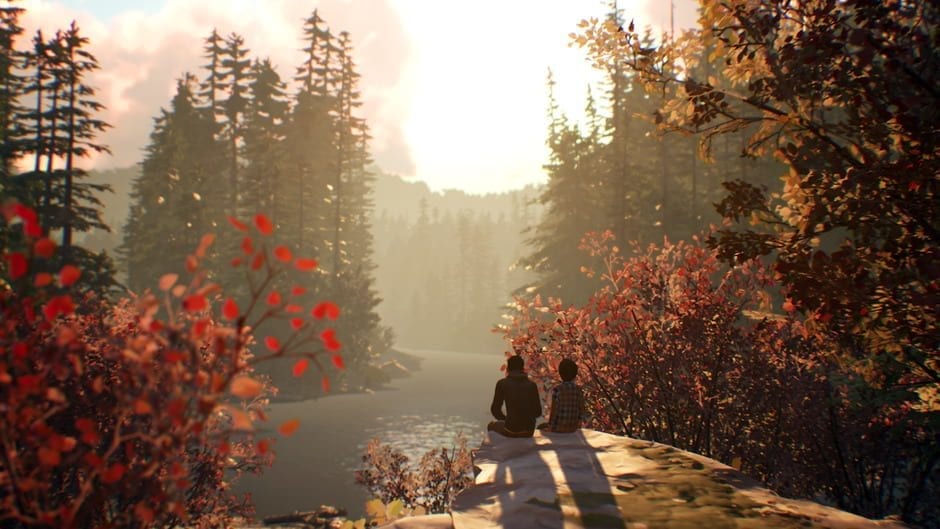 The opening melody of an acoustic guitar over sepia coloured shots of Lame Avenue, Seattle, let us know exactly what game we are playing. We sit in suspense of the supernatural events that are sure to follow in the first instalment of Life is Strange 2 named “Roads”.

After the success of the first episodic venture from Square Enix, the developers knew they had a thought after game franchise on their hands. With the recent news of Telltale games going under, we take a look at the new offering of similar gameplay from Square Enix.

Without running the risk of giving too much away in this review, as games of this nature are always worth experiencing first hand, we can see things get rocky pretty soon into the story. Events that quickly unfold leave two young brothers on the road with no clear-cut direction or knowledge of where to go. The boys must fend for themselves in new surroundings and new, often serving experiences. 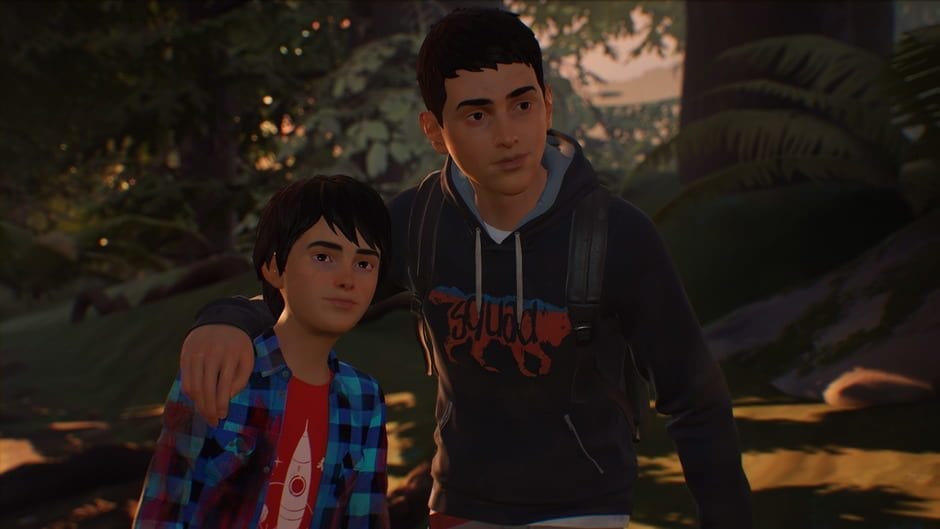 The latest game from Dontnod leaves Max & Chloe in Arcadia Bay as it follows the travels of two brothers, Sean and Daniel. The older of the two Sean is tasked with the responsibilities that come from being forced into adulthood after dramatic and unexpected events unfold. At its core, the game gives us a truly pure emotional relationship between two Mexican brothers on the verge of Trump’s America.

We are first greeted with the close friendship of Sean and Lyla, as they navigate their way through the typical high school experience of house parties, dating and drug experimentation. Upon walking into the family home, we are introduced to the workaholic and single dad of the two, Esteban. It’s here we get a real feel of the wholesome bond the family all share.

The voice acting we hear bouncing off of the family comes across natural and reminiscent of a loving household – with the inclusion of sibling rivalry. This could come in the small annoyance of a little bro walking into your room without knocking or having a crush on your friend. The small details are not spared in the writing.

It is within the first scenes exploring the house where you get your first gameplay and decision making. The ability to explore the Diaz household and ponder items at your leisure give you a feel to the lives these characters lead. Options to be honest or deceitful with Sean’s dad gives you the first chance in what path your character might go down.

We wave goodbye to the time travelling ability that cleverly structured our gameplay from the first Life is Strange, as we’re introduced with a new supernatural element of play. Unlike the first game, we don’t fully understand how this ability works at first, other than it seems to work as a result of strong emotions being experienced. The first episode plays out touchingly well to not place emphasis on this new ability but strives to create a meaningful connection between the player and the Diaz brothers.

By making the connection between the two the core narrative, Dontnod utilises the choices in the game to always, in some way, affect Daniel. Roaming missions in most games, or having to babysit an AI character can be tedious – but the way we see it play out here makes us care. We go from finding supplies for a party to having to shape into a parenting role model. This character transformation is something the developers have seemed to establish tremendously well in ‘Roads’. 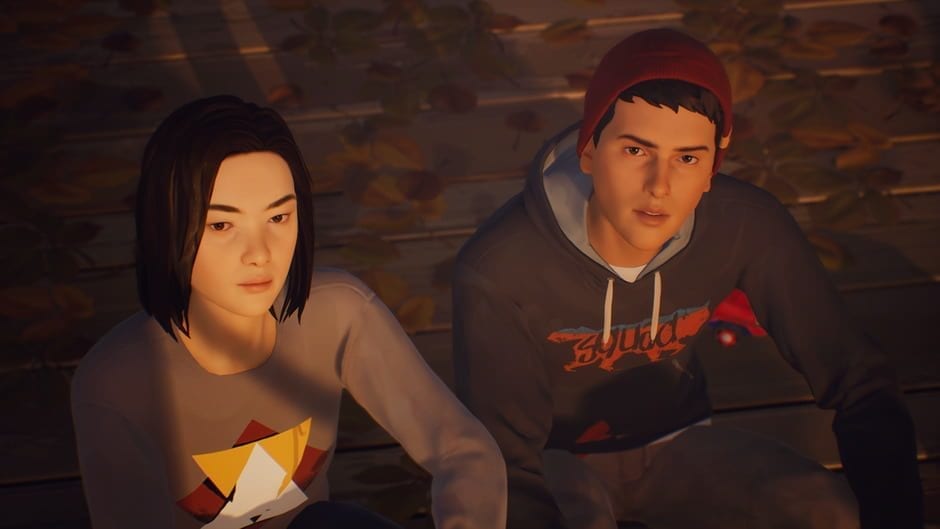 During your first of five journeys with the boys, you will come across characters of raw, unlikable deminer that you must unwillingly interact with. The change in tone with these encounters puts Sean on edge and coincidently the player on edge as well – as we see Daniel look at Sean to take the leadership role, with a nervous undertone throughout.

Lovely American folk will also cross your path, with one character, in particular, becoming an integral part to the start of the journey – claiming everything is political and expressing strong empathy for the boys in a racially toxic America. It is these changes of pace and emotion throughout the game that Dontwod has executed in a blissfully subtle but strong way. The focus is on love, but the surrounding message is don’t let fear win.

Much like the first, we have the inclusion of a creative outlet that the protagonist will engage with throughout the game. Leaving Max’s love for photography in the first game, Sean is a budding creative with a love for sketching. You will find a journal in his trusty backpack and the chance to add to it with sketch spots you can find throughout the game – which will gain you some achievements or trophies as you go. 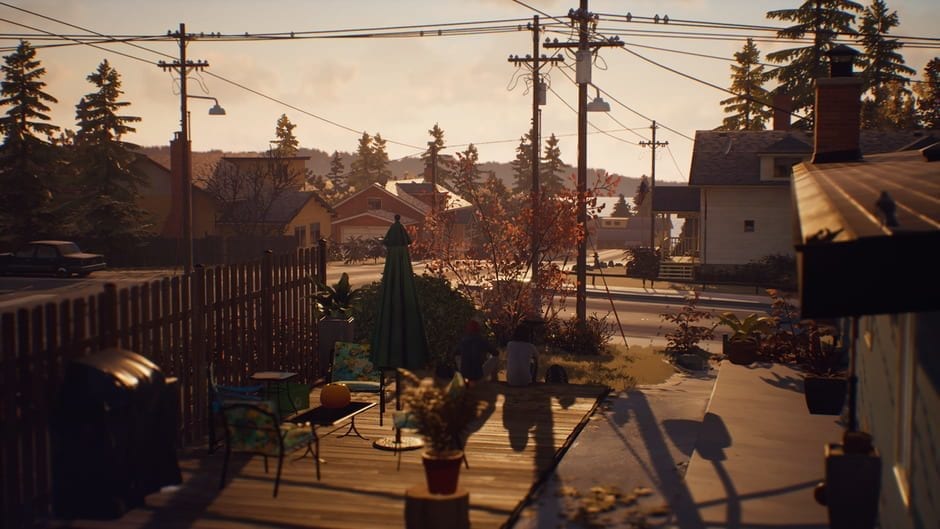 As well as a sketchbook, you’ll find numerous other items in Sean’s possession including a phone, money, receipts and trinkets from your former home, and things Daniel want’s to shove in as you go about your travels. It’s a nice little way to keep track of where you’ve been and adds another layer of detail to the Diaz brothers. Customizing the outside of your bags with pins and patches is also a fun little addition to the experience.

We are left with an itch that can’t be scratched until the next episode is released. The groundwork for what’s to come has been, in my eyes, flawlessly established in ‘Roads’. What is to come in the next 4 instalments is, for now, a mystery.

All we can presume is that Sean and Daniel have a very long and emotional road ahead of them. We can’t wait to be there with them every step of the way.