Robbie Swifthand is an interesting game. On the one hand, you have the 2D platforming elements that have helped to make games like Mario such a commercial hit for casual gamers, but on the other hand, you have a challenging level design that almost forces you to die over, and over again.

If you’re looking for a true challenge and still have a bit of a soft spot for 2D platformer titles, I’d highly recommend checking out Robbie Swifthand. With that in mind, let’s take a look at what makes it so unique.

Robbie Swifthand And The Orb Of Mysteries Gameplay 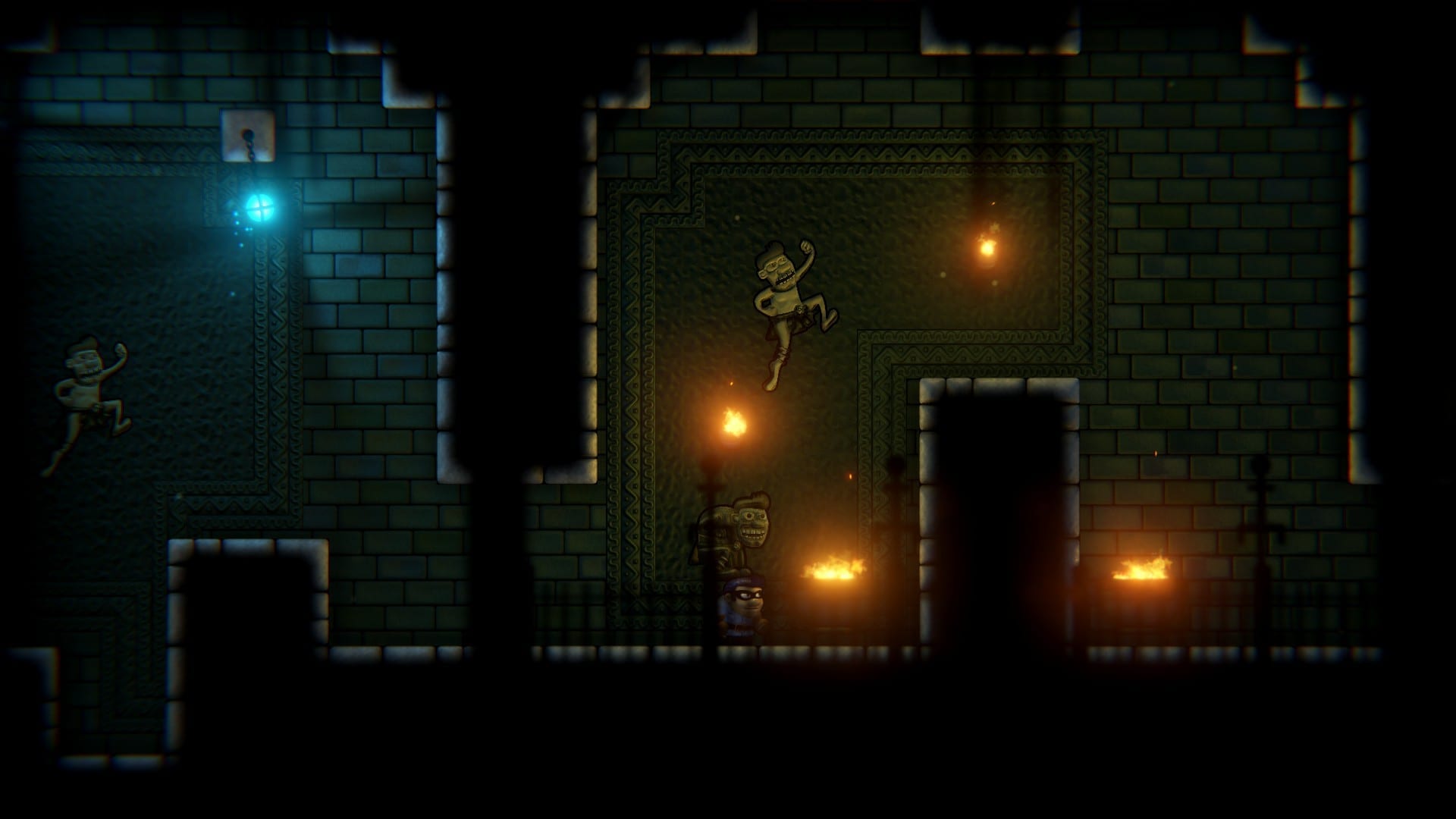 Robbie Swifthand starts by giving you a short intro – there’s some kind of story and lore to the game, but ultimately it’s as shallow as you’d expect a platformer to be. And that’s not a bad thing.

Once the short cutscene is over, you’re thrown straight into the action. You’re given small hints as you go along, but for the most part, you’re on your own. Gameplay is pretty straightforward however. 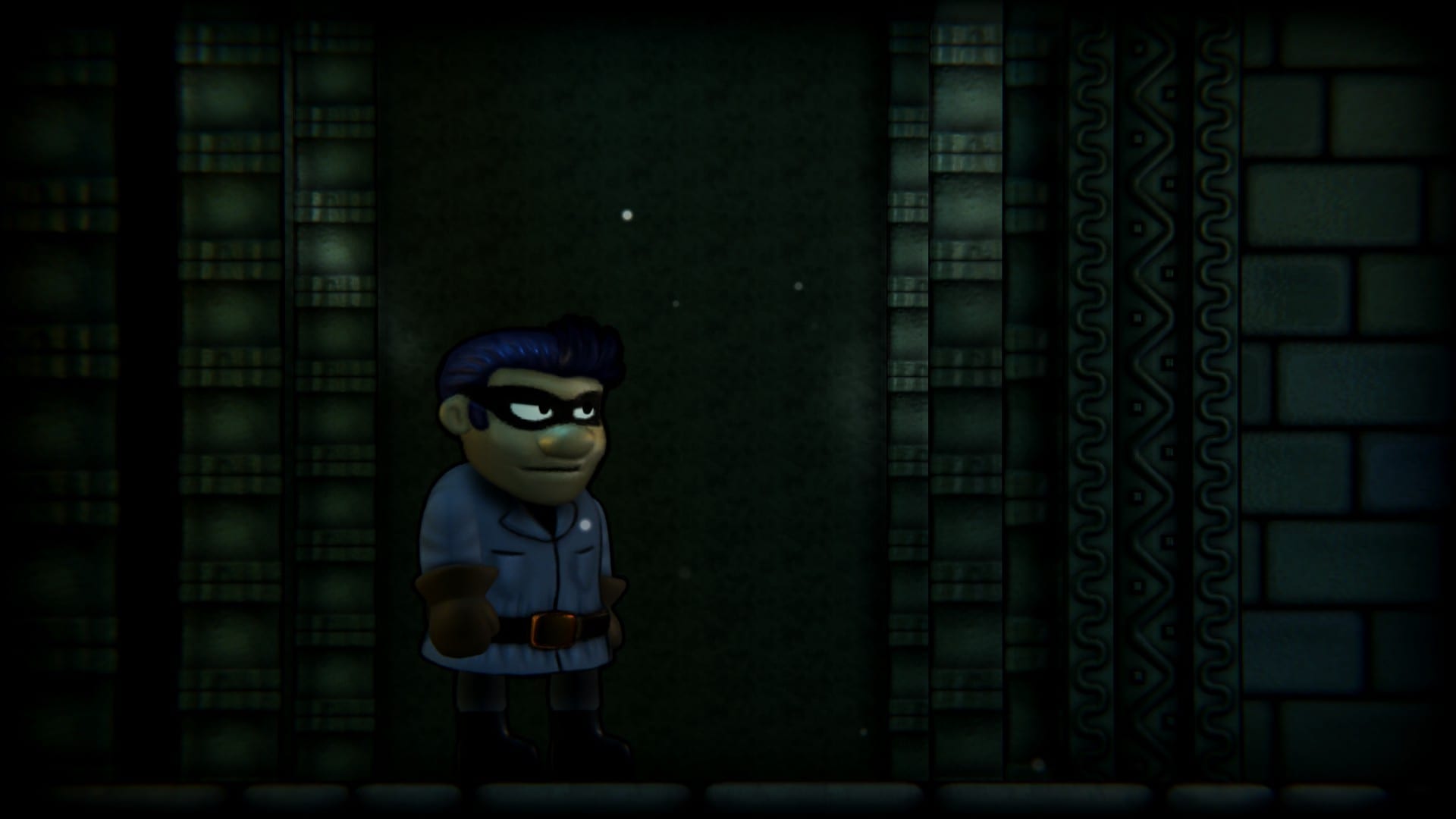 What’s noticeable straight away is the dark and gloomy level design the developers, Pixel Reign, have used for Robbie Swifthand. You’re immediately given the impression that this game is going to be unforgiving.

And that’s exactly what Robbie Swifthand is. At first, getting hit by an axe, blade, or surprise trap is somewhat funny – you get to witness Robbie get flung about. However, things quickly turn on their head and as you die over and over, you stop laughing at the game, and the game starts laughing at you, instead.

To add insult to injury, every death is presented with a number – that’s your total death count. You’ll have to get used to it going up very rapidly. The game also plasters your dead bodies throughout the level so that you get to see in real time exactly where you died and how many times. 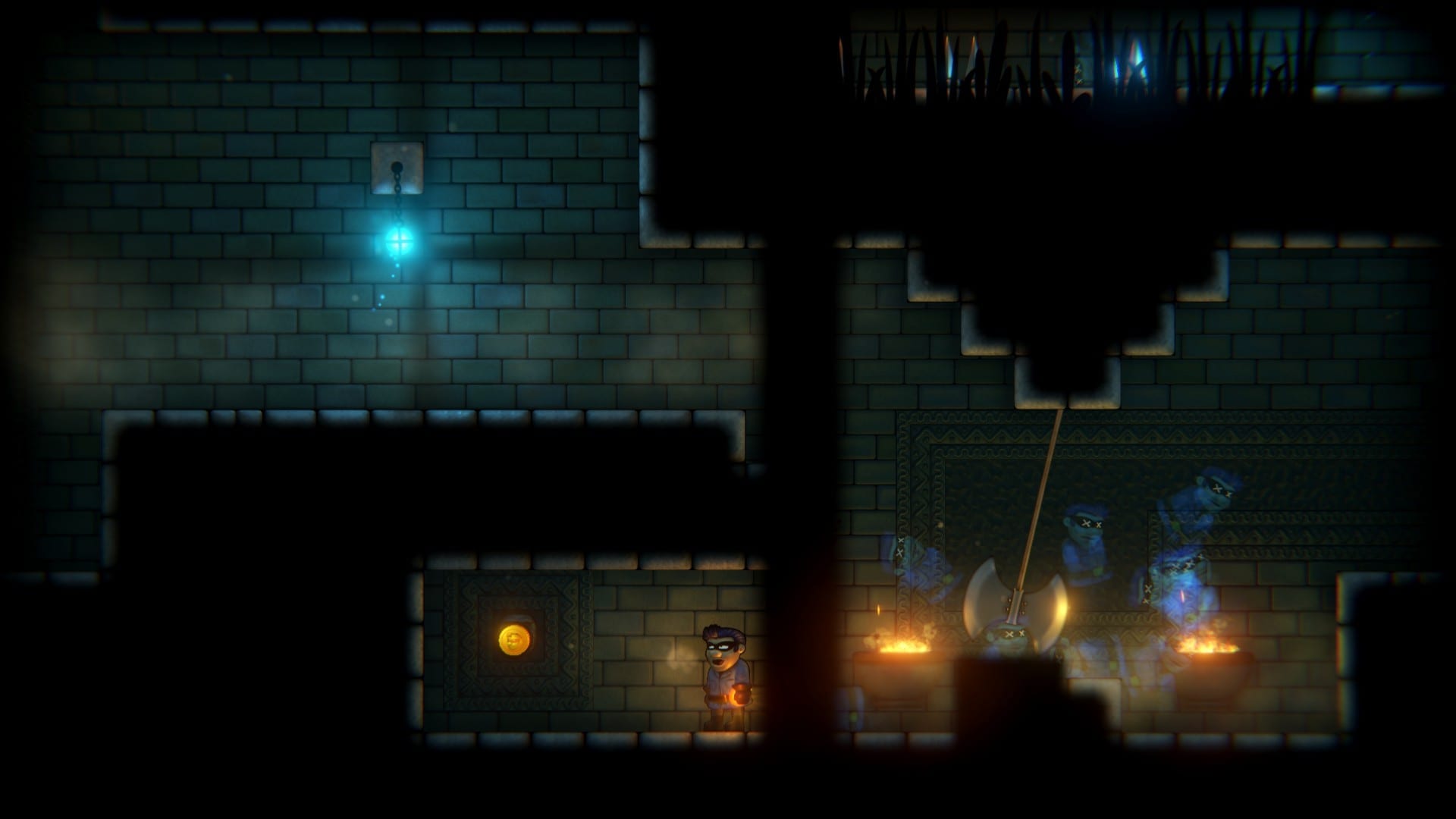 It’s almost like the game puts additional pressure on you every time you step towards a challenging area on a level. You get to see all of your prior failed attempts and you have to look them straight in their eye.

For the most part, gameplay will rely on you getting the right timing and button presses out. There’s some level of critical thinking needed, but it mostly comes down to perfecting each step forward and each jump.

It’s the same level of precision that’s needed to defeat many of the bosses on Cuphead, and one of the major reasons why games of this caliber can be both so frustrating to play yet so rewarding to complete.

Can we just take a moment to step back and enjoy the graphics style in Robbie Swifthand? It’s a 2D platformer, but Pixel Reign has done a great job to blend 3D models into a 2D gameplay environment. 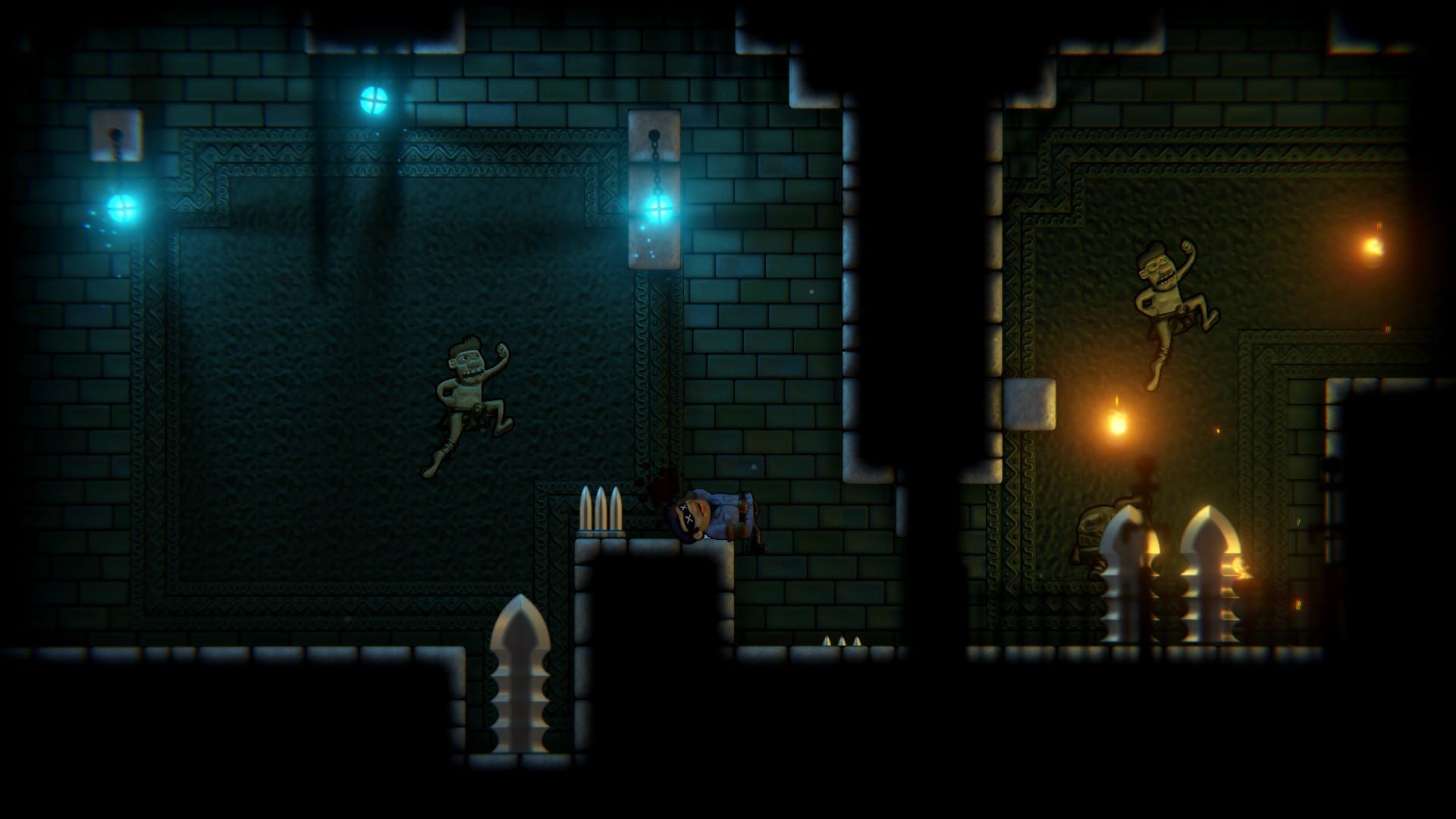 I appreciate the care that has gone into the graphics style, and most importantly the conscious effort that was made to set the tone for the gameplay. Like mentioned before, you know you’re not stepping into anything easy as soon as you step foot into the first level.

As you progress through more levels, new game mechanics are thrown into the mix to keep things even more challenging. It’s almost as if as soon as you get comfortable with the pace of the game, Pixel Reign throws in a surprise to knock you off your feet again. 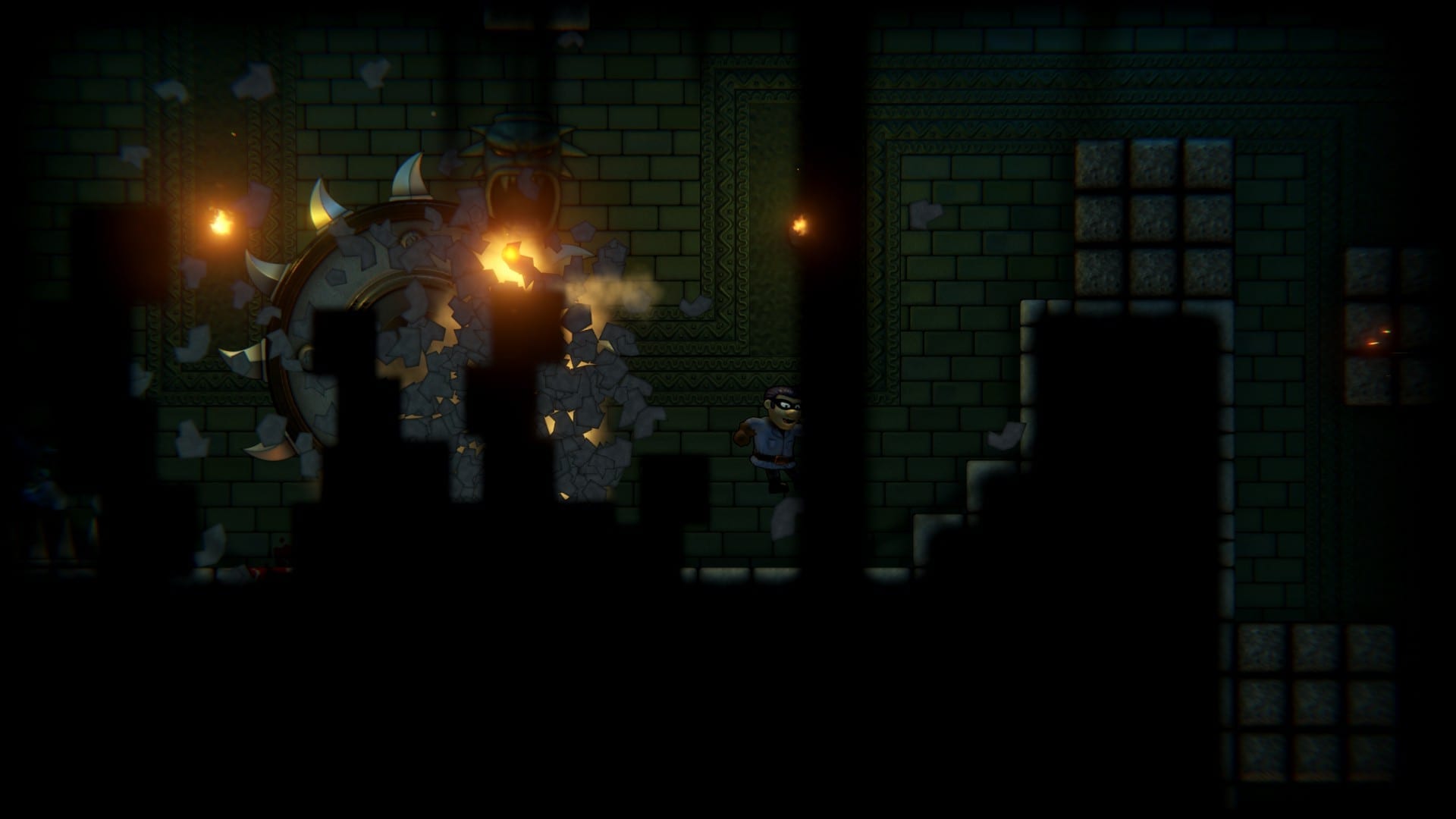 Eventually, you’ll be playing in levels that don’t just require you to get perfect timing and perfect movement, but you’ll be pushed for time, too – giant saw blades will chase you through some levels and you must navigate through each environment faster than the blade can.

If you’re the kind of person to master Dark Souls with the Donkey Kong bongo set and play Cuphead with your eyes closed, you’re probably looking at Robbie Swifthand and the Orb of Mysteries and laughing.

That’s fine, have your moment. I’ll humor you. Once you’re done, come back and try Robbie Swifthand’s hell mode.

Hell mode is as hellish as you’d expect it to be. Hell mode is like an entirely new chapter of the game.

Each level is filled with even more traps, and getting through those traps is ridiculously hard. As an example, on level one, where you’d expect to find just a single moving daggers, you’re given three. 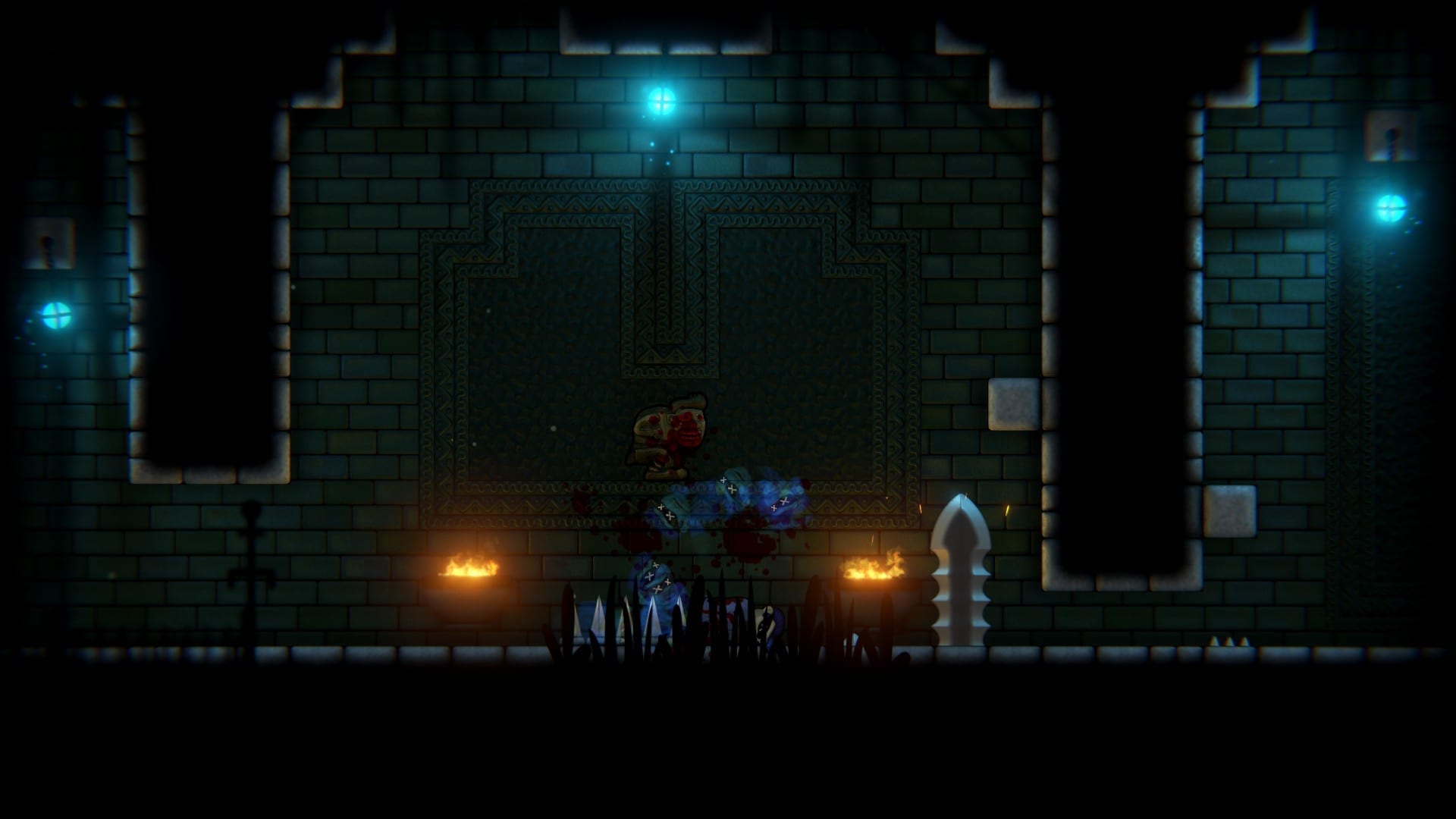 Oh, and there’s a pit of spikes that just always seems to catch you off guard. The only way to get out of this area is to time your jumps perfectly, then jump onto a small stone ledge, then fall down and crawl under a small gap in the wall.

I should also mention that the small stone ledge will fall if you hold onto it for too long, which will block your escape.

This is just the very start of level one on hell mode – I can imagine it only gets far, far more difficult.

Recently, Robbie Swifthand received a huge content drop that introduced 26 new levels to the game. That means, as it currently stands, there are 52 normal levels and 52 hell levels.

The development team seems pretty committed to adding new content to their game, as well. They have plans to add another playable character and hopefully we’ll get more boss fights and more challenging areas in the future. 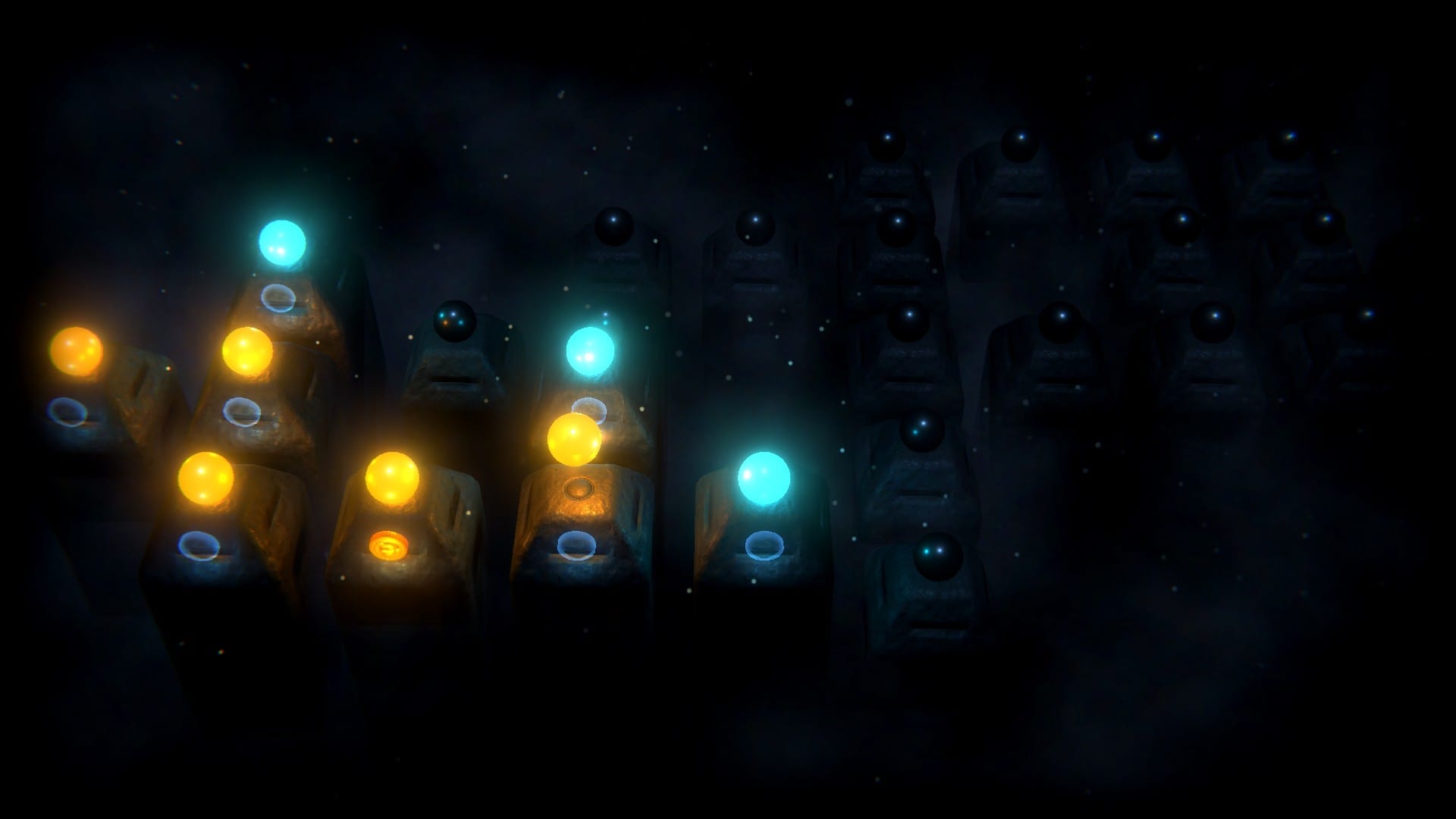 All of this content should come with the full game, so if you buy it once you won’t need to buy DLC or anything of the sort.

Ultimately, Robbie Swifthand and the Orb of Mysteries proves to be a very challenging 2D platformer with an impressive dark and gloomy graphics style. Despite mostly just putting you up against the environment and various traps on each level, this darker art style and hellish difficulty reminds me more of the Souls series than I’d like to admit.

If this is the kind of game you like to subject yourself to, go wild. You can find Robbie Swifthand and the Orb of Mysteries on Steam here.

THE FUNNIEST STEAM REVIEWS FROM P*SSED OFF PLAYERS