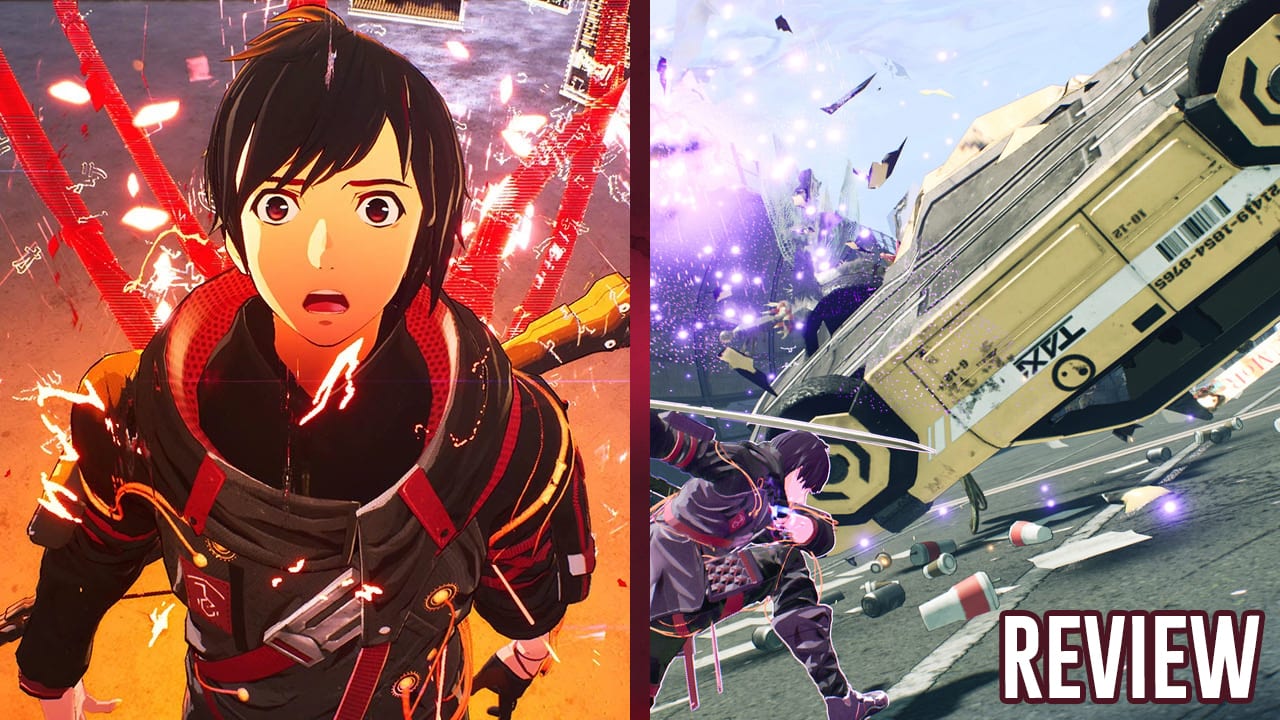 Scarlet Nexus is a game that feels confident in what it is. Every element of it comes together to create an experience that is somewhat familiar and yet also very much like its own thing.

An action RPG with a focus on hack and slash combat may not sound like the most unique thing in the world. It’s what the game does as a complete package that makes it interesting. Its style, its gameplay, its characters, its story and more come together beautifully.

The best way to understand what to expect from Scarlet Nexus is to dive into what it’s all about.

Scarlet Nexus is set in an alternate reality in the near future. Humanity has evolved, for the most part thanks to technology, to have superpowers. Those that have these superpowers are recruited into what is basically a specialist army group called The Other Suppression Force (OSF).

What does the OSF do? Suppress Others for the most part. Others are basically mutated monsters that cause havoc and look grotesquely beautiful. It’s up to you to make sure that humanity stays safe from these mutants.

When you start the game you have two characters to choose from. Yuito Sumeragi or Kasane Randall. This isn’t your classic game tactic of “the same character but slightly different”. Although Yuito and Kasane have the same superpower of psychokinesis their stories and personalities are completely different. Meaning you’ll have to play through both of their stories to get a complete understanding of everything that’s going on in Scarlet Nexus.

The story has twists and turns that’ll keep you constantly on your toes and guessing where it’ll go next. It is in-between the main story beats that the game does some of its most interesting things though. These moments allow you to bond with the supporting cast, which helps make you genuinely care about them and their unique personalities. Moments can range from goofy interactions to sombre reflections on life and combat. The way Scarlet Nexus jumps from these moments can feel disorientating at times with its tonal whiplash but it’s done with such confidence that you end up just enjoying the ride.

It feels like the team behind the game know exactly what they want to do with the story and do it well.

Scarlet Nexus has a style that feels unique to Scarlet Nexus. Sure you can see smatterings of influence all over the game but it’s all pulled together to create something that is visually delightful and stands on its own two feet. It’s bright, the enemy designs are beautifully grotesque and nearly everything has a unique look to it. All of this coupled with a soundtrack you can groove to and a very solid English dub.

It doesn’t push the PS5 to its limits but that doesn’t matter because its style makes up for that. Outside of the absolutely banging opening movie a lot of the game progresses in a visual novel style. Rather than just going for your standard way of presenting this though Scarlet Nexus creates an experience that is almost like watching through a comic strip.

It makes, what can sometimes be quite a dull experience, exciting with the way it is presented. It’s unfortunate that some of its level design does let it down though.

Although areas are varied they don’t always pop. Sometimes having a bit too much space and nothing of note, whether it be humans or Others. In some areas this helps build the atmosphere. In others it just feels like wasted space. The space could’ve been used to help push side quests but the way Scarlet Nexus does that is a bit disappointing.

Although you have to find people to give you the quests they basically just act as challenges that you click “done” in a menu when you’ve finished them.

Luckily there’s still plenty to do in the game, even if some of the level design feels like it’s lacking a bit you quickly forget when you’re in combat.

Scarlet Nexus, at its core, is an action RPG with hack and slash mechanics. You level up and build your stats up accordingly and hit enemies until their health bar is depleted. It’s your superpowers that help Scarlet Nexus stand out though.

Depending on the character you pick your weapons will be slightly different but both characters have the ability to move objects with their mind. This results in some very interesting combos that become more interesting as your party grows and changes. All supporting characters can bolster your moves with their powers for a limited time. That can include fire, invincibility, invisibility and various other things.

You’ll have to use your surroundings and these various moves to effectively take down your enemies. Some attacks cause status elements that can increase damage or restrict enemies (or yourself) from performing certain actions.

The combat is very satisfying, especially when you unlock more combos. Sometimes impact can feel a bit light but when battles are in full swing and you’re knocking out combos, special moves and more left and right you don’t even notice.

The down period between main story beats and combat add to the game too. Notes and Bond missions help to make the complete package of Scarlet Nexus. These moments won’t be for those that like their stories focused on the main quest but for those that enjoy spending some time away from the main story they do a great job in breaking it all up. A lovely palate cleanser for brutality.

This is an area where Scarlet Nexus lets itself down. Accessibility options are unfortunately lacking in the game for the most part. Buttons can be mapped how you wanted and certain effects could be turned off but there’s just not much there outside of the basics like subtitles etc.

There are difficulty options to make the experience easier or harder if you need to. With limited ways to change how the game plays though it means some gamers will be limited with how much they can experience.

Scarlet Nexus is an addictive action RPG. Combat is fast-paced, visuals are bright and colourful and the story is so wonderfully bizarre that it will keep you wanting to keep playing. It may not be a game for everyone and it may not be without its flaws but those flaws are counteracted by what it does right. There’s a lot of mileage in the game for those that it clicks with.

Bandai Namco and the team behind Scarlet Nexus should be proud of what they’ve made. It’s never easy to launch a new IP and Scarlet Nexus is a debut full of confidence and swagger. It is some of the most fun I’ve had with a game this year and has all the makings of a cult classic.

Game reviewed on PS5 with a code provided by PR for review purposes.