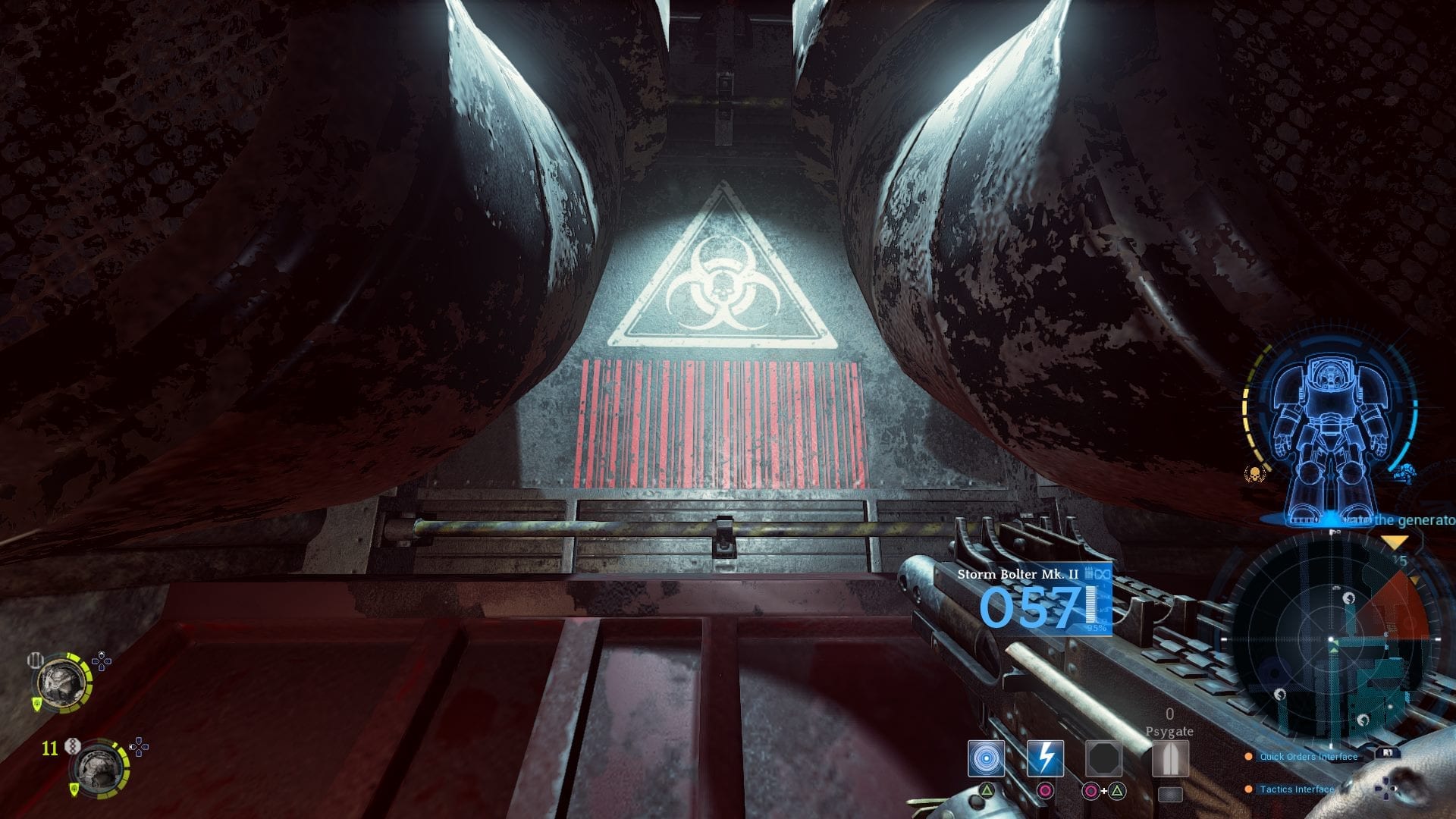 This game had a bit of a troubled start. Upon release it received mediocre reviews and was criticised for several different flaws. Not to be deterred, the developers tried again and released the Enhanced Edition. It adds a little more content to the game (including a new character class) and solved many of the bugs that players complained about the first time around. I play-tested the PS4 version of the game – though not available for the Xbox One, there is a Steam version if you prefer it. 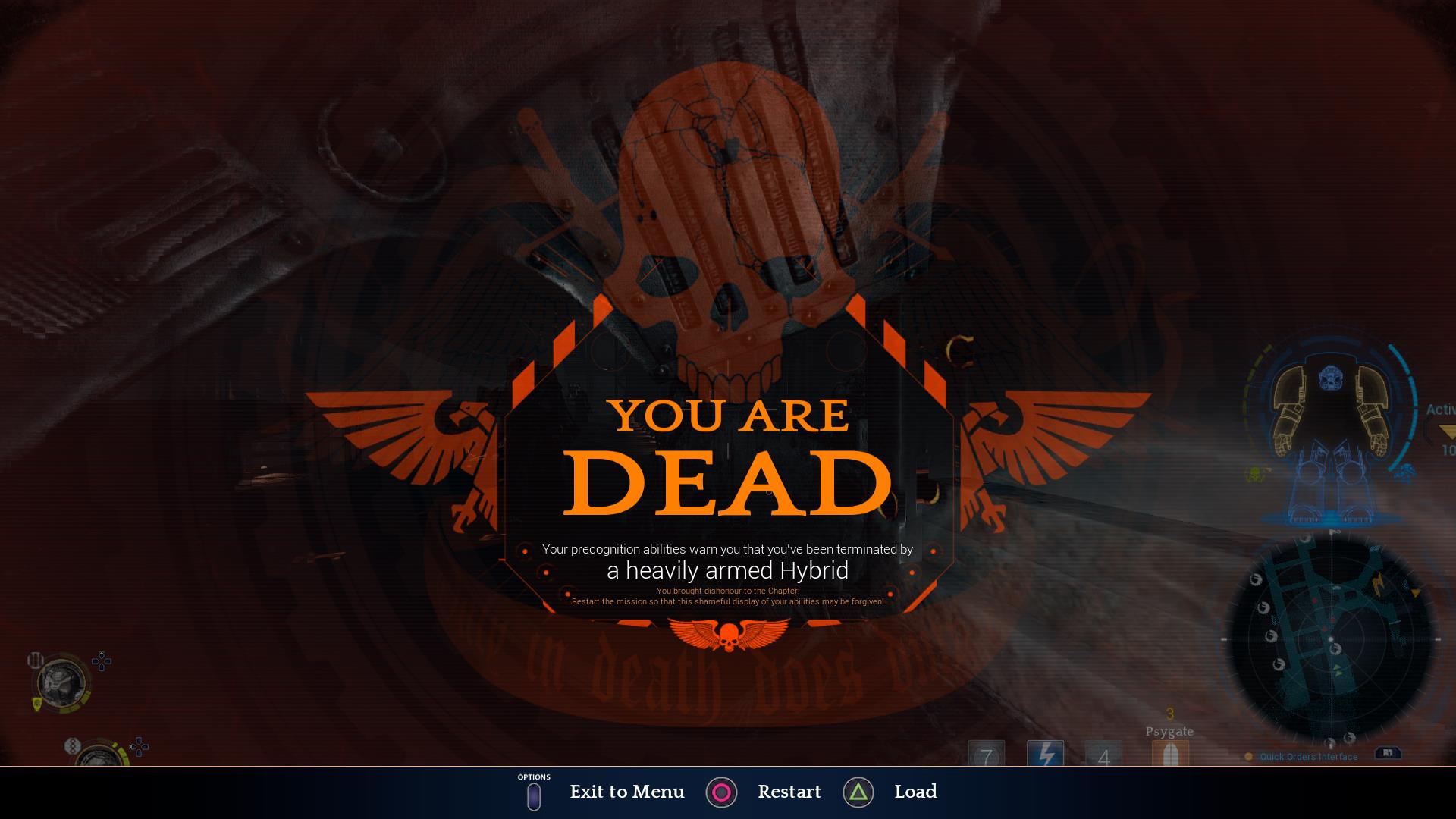 The premise: The game is set in the Warhammer 40k universe and is based on a turn-based strategy game called Space Hulk. Don’t worry though, if you aren’t familiar with it or don’t like table-top games, this game has nothing in common with them except for the lore. In the single-player campaign, the player is a Librarian of the Dark Angels 1st company of Space Marines. They’re outfitted with a particularly unique and powerful armour. It’s our job as the player to go scavenging for artefacts while under assault from the Genestealers – Alien-like creatures that want to make their nest in the ship we are exploring.

The game looks gritty and dark, which sets a good tone. The game has the attention to detail and creativity you’d expect from a game set in the Warhammer universe, without laying it on too thick. You often play in closed in spaces with swarms of enemies coming at you, making the player feel a little claustrophobic and tense. The game definitely uses space (or lack thereof) well, but it does stutter a little. This is quite disappointing since the game was developed for the PS4 – it breaks immersion and can even be annoying when trying to aim. 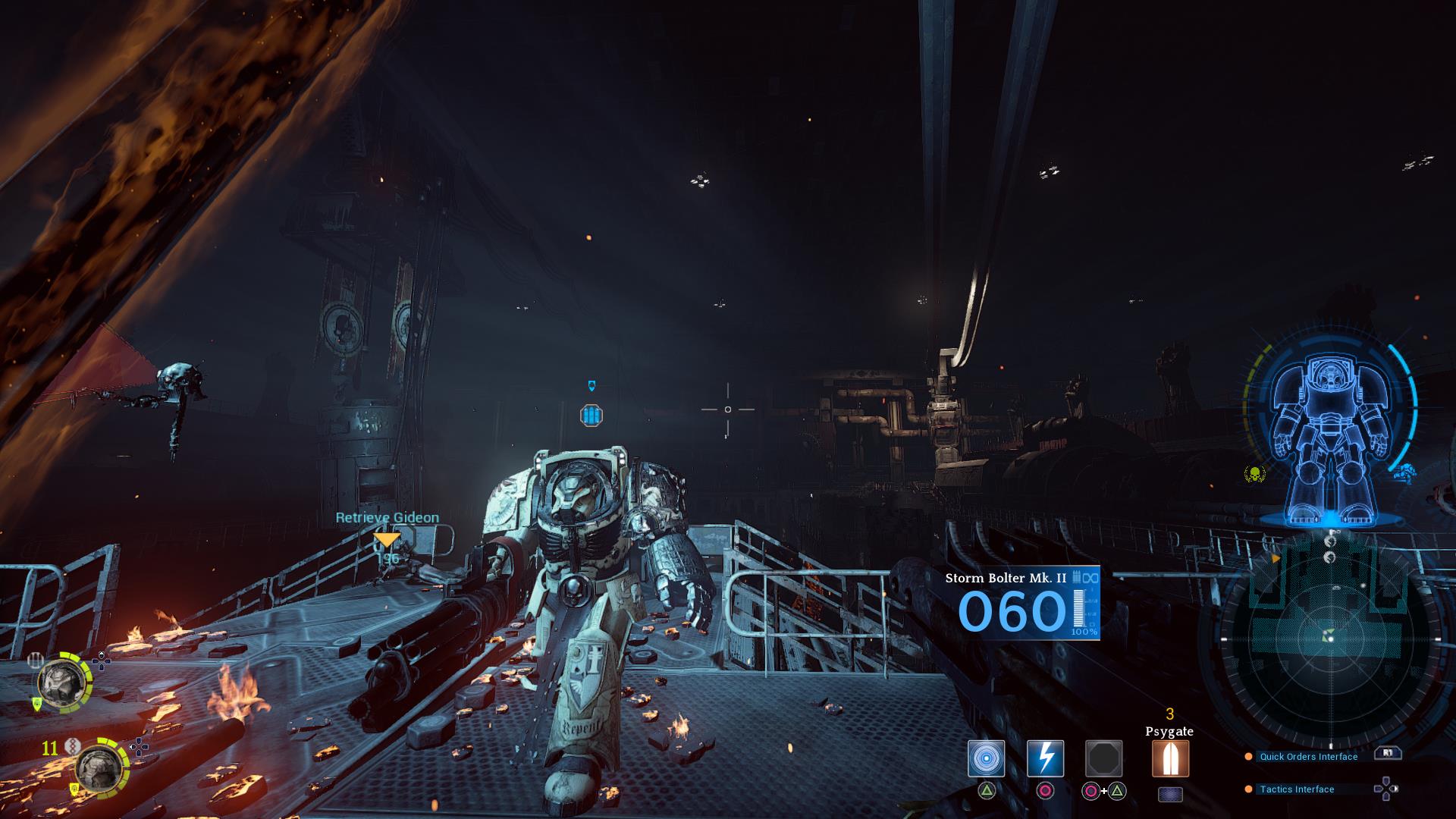 The textures and special effects are lovely and stay true to the Warhammer universe – the muzzle-flashes of our guns deserve special mention here. Much of our time is spent exploring in the semi-dark, and when we fire our guns, the resulting flash lights up our surroundings beautifully!

I enjoyed the limited visibility as well as the surprisingly varied colours in the game – since we are playing on what is essentially a giant abandoned spaceship, I didn’t expect too much in that regard. I was pleasantly surprised by the diversity and interesting appearance of just about everything from enemies to my fellow Space Marines. 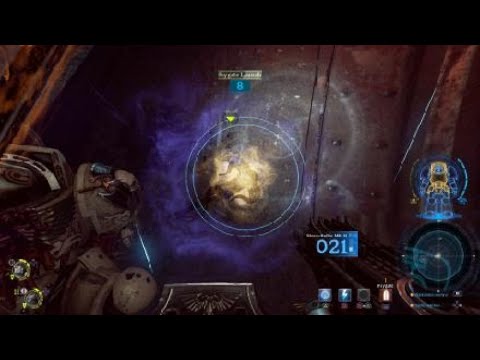 I didn’t have too high hopes for the sound as it was one of the points criticised in the original game, but I found the effects and soundtrack quite good. They manage to build and keep up tension even between battles and enemy-waves. Speaking of said enemies, their sounds are eerie and can be quite disorienting, which adds to the challenge and the feeling that one of them might just jump out at us any moment now.

The one critique I have to make is the voice acting – it falls a little flat at times. A bored-sounding voice actor can really break the immersion quite a bit, but thankfully the game relies more on guns that voice acting, making this a minor complaint at best.

Now there are obviously some things to be said for playing first-person shooters on a keyboard instead of on a console, but I played it on the PS4 anyway. The controls were chunky, beyond what you’d expect from a console-shooter, and while the Space Marines are definitely big guys, it occasionally felt like I was piloting around a chunk of metal instead. 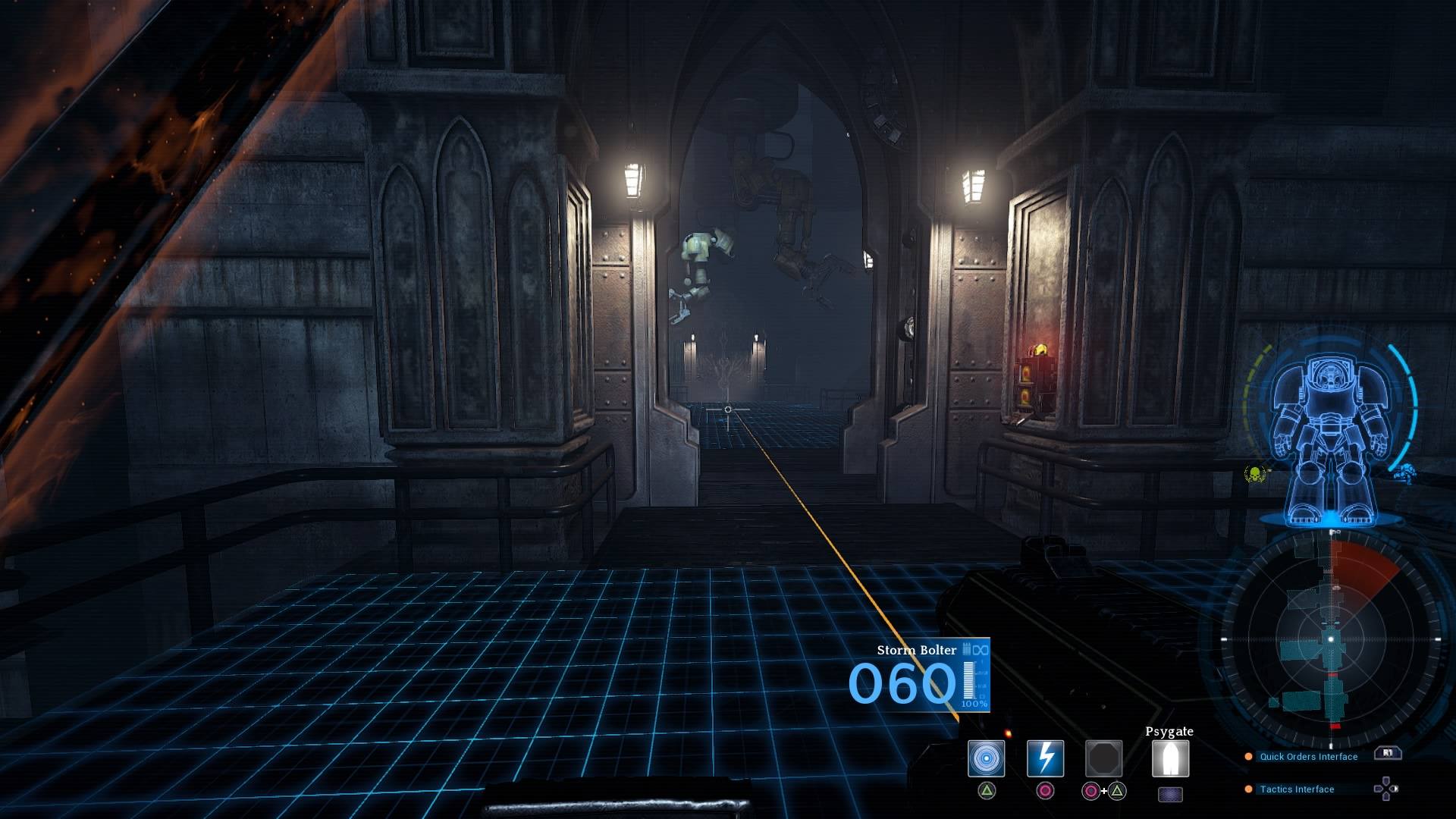 The variety of weapons is great, with plenty of customisation and specialisation to choose from. I didn’t particularly like the melee attacks as I found them slow and relatively ineffective, so the occasional fast-moving enemy breaking through can really be a bit of a headache. The same goes for the AI – it’s not exactly unusual to find a less-than-clever AI, but the Space Marines accompanying us seem to be blind to anything that isn’t right in front of them, leaving them surprised when enemies attack from anywhere else.

The enemy hordes are challenging across all levels of difficulty, although there certainly is a notable increase in said difficulty when you switch to a more difficult setting. As the missions progress, we get to see good sized maps with plenty of hidden items (usually behind a wall we have to knock down), so there’s plenty to keep you interested. 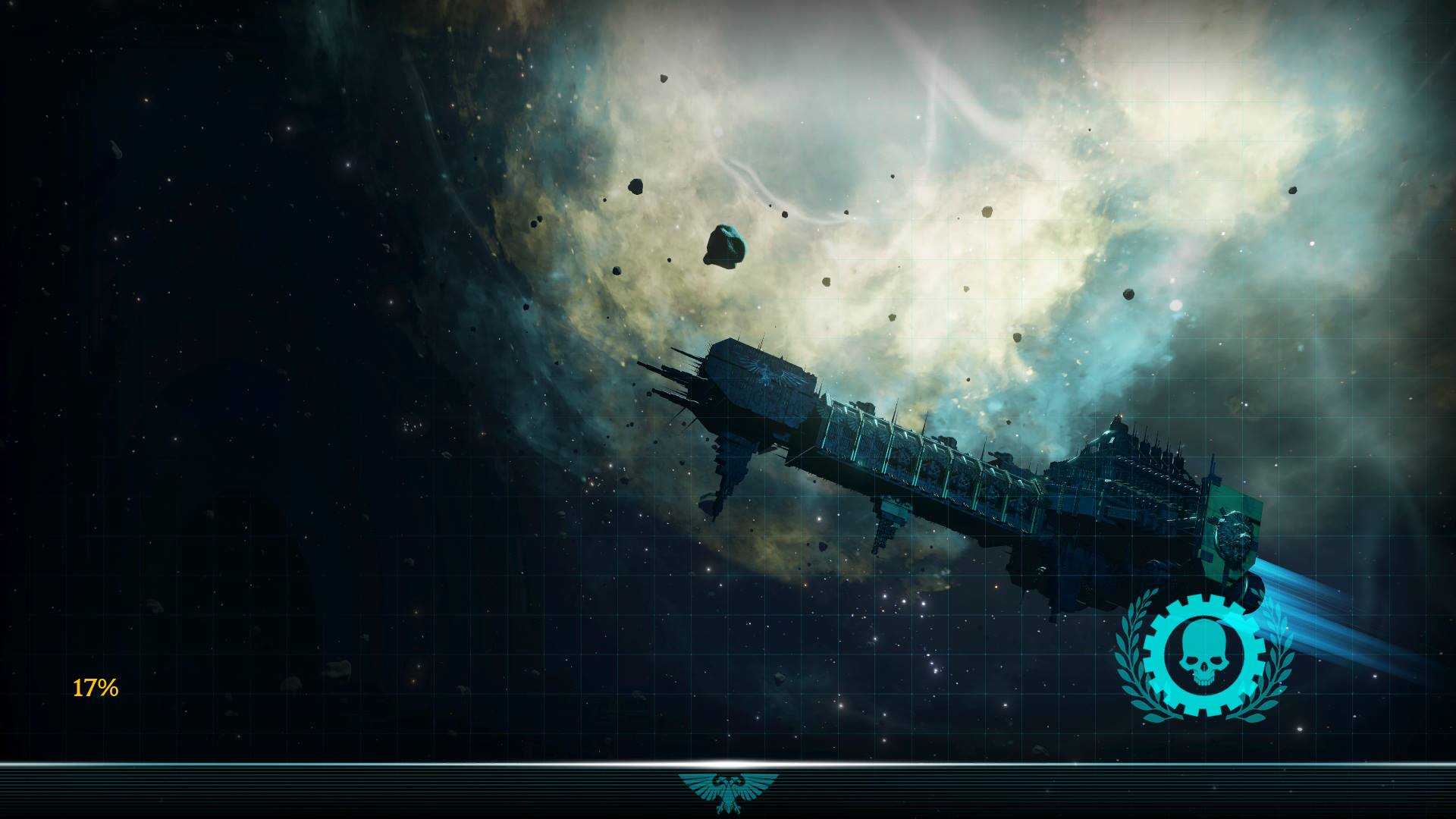 If, however, you are looking for a narrative-driven experience with meaningful quests and an in-depth storyline, this is probably not the game for you. It’s fun, it’s gripping, but it won’t change your life. 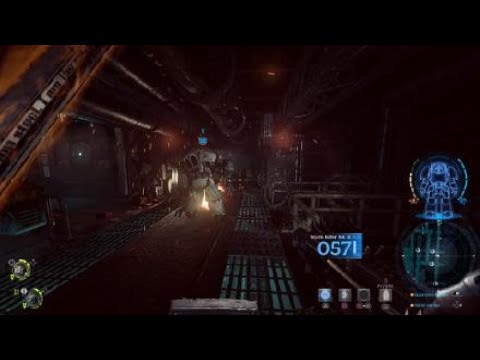 As for the multiplayer mode, the four-player co-op is definitely more fun than the single-player. It allows for some actual tactics and requires team coordination, something that’s impossible with our AI buddies. There’s the option to play with all kit items for a class to begin with, or to unlock them as you go through your session. 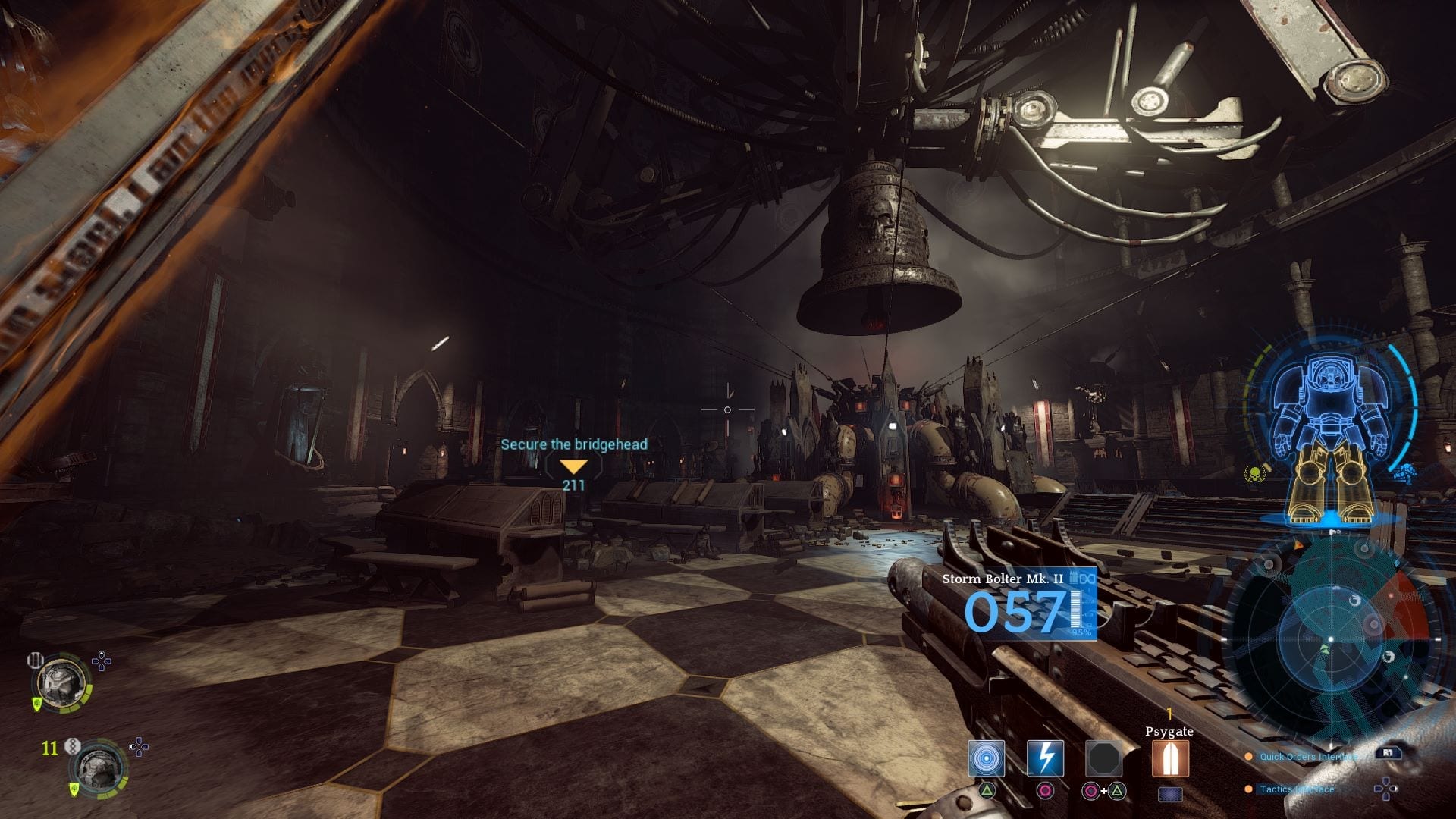 What’s definitely disappointing is the lack of persistent unlocks, and the option to just play with everything takes away the feeling of accomplishment that comes from unlocking things the old-fashioned way.

Despite the games initial, rocky release this new update is definitely worth checking out. The game is a good representation of the Warhammer universe, even if the writing and some of the voice acting falls a little flat. The storyline is still very straightforward, and if you like shooting down hordes of enemies and having to think tactically this is a great way to spend your time.

I found the co-op mode to be more enjoyable gameplay-wise, although it did lack in some regards as well. Overall, I think the game recovered nicely from its launch issues, and makes for a fun way to spend time. The game still isn’t perfect, but it is fun, and it definitely has some great elements that make it worth playing on a lazy afternoon in.