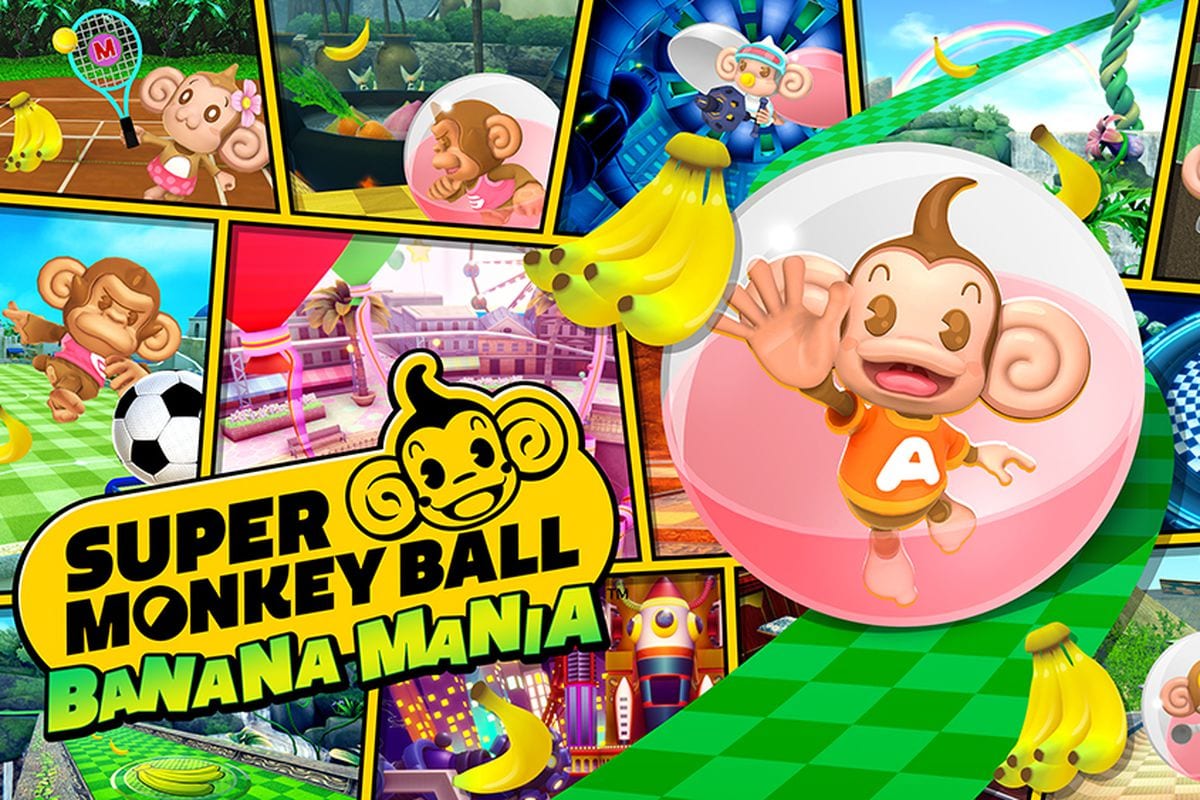 Super Monkey Ball was an iconic series on the GameCube. A game with a simple premise. Get your monkey, that is in a ball, to the goal. It’s been 20 years since we had the chance to first experience this adorable puzzle game and, in celebration, SEGA has decided to make a game that pays tribute to Monkey Ball’s humble beginnings.

Super Monkey Ball Banana Mania is a remaster of the first three Super Monkey Ball home console games in one lovely package. This isn’t a complete reimagining of Monkey Ball. This is what you knew from the early 00s brought back with a new lick of paint. It’s like a nice brew with a slice of banana loaf, which is a good thing.

Warm fuzzy nostalgia can only take a game so far though. Let’s dive into what works and what doesn’t in Super Monkey Ball Banana Mania.

If you’re looking for a game that is going to push the PS5 to its limits this isn’t it but it ran at a steady frame rate with quick loading times which was lovely. Being able to blitz through story mode and challenge courses without waiting on long loading screens or navigating menus really helps keep the momentum going.

The unlockable characters changing what the bananas look like on courses and matching the Monkey Ball aesthetic is also really nice. I found the way they presented Story Mode to be a bit underwhelming and basic but, at the same time, most people aren’t playing this game for a story mode.

In some areas, I felt the game could do more. Water, for example, just felt a bit flat when compared to the originals and there are some changes to designs or other areas of the game that just make it feel like it has lost its heart a bit.

There’s a lot of nice customisation options available though to help you finetune the experience to the one you find the most visually appealing. All the courses still feel and look the same for the most part as do the mini-games. Die-hard fans will definitely notice the differences but it’s worth remembering this is a remaster and not a port.

The way a Super Monkey Ball game plays is arguably more important than how it looks. Monkey Ball in general is a masterclass in arcade-style gaming. Small stages that are all completable but encourage replay value. Super Monkey Ball Banana Mania takes some of the best stages we’ve ever seen in the series and puts them all in one quick loading package on PS5.

It leads to an experience that is always hitting you with that “just one more level”. The fact that the game is a remaster of the first few console games though means that even though it brings with it some of the best levels, it also brings with it the levels that just weren’t as good. The camera can be frustrating at times, especially in more complex levels, but it’s something you grow used to.

With the range of modes available though if you get stuck or bored with a level you can just try another mode or level. You can even check out the Party games. Mildly disappointingly these aren’t online but then the games do work best as a local multiplayer option. Not all of the Party Games have the same level of fun and replayability but they offer something different to the courses and can be played in single-player too.

You can also use points you acquire to unlock new modes, stages and even jumping to add further replayability. Leaderboards allow you to see how others around the world are performing in challenges. At the time of writing these boards aren’t massively populated but it should hopefully lead to a competitive challenge scene for the game.

Super Monkey Ball Banana Mania feels like it puts accessibility first. Text is big (although I could not see any options to make it larger), controls can be inverted and you can alter audio levels individually. Due to the basic nature of many elements of Monkey Ball (tilt the thumbstick to tilt the stage and role towards the goal) there’s a lack of button presses needed, meaning that more people can experience it.

Helper Mode gives you guidance towards where to go, more time and allows you to use unlimited slow motion. So if you are struggling with a level you can take your time to understand it. You can even turn Helper Mode off if you feel you understand the level better and want to try to tackle it unaided.

Super Monkey Ball Banana Mania is perfect for fans wanting to revisit what they grew up with on modern consoles. It’s also a great entry point for new fans. Some of the best levels and modes in Super Monkey Ball history are all in one place. Although some elements of the game have aged better than others and there are a few missteps there’s no denying that there’s a charm to the latest Super Monkey Ball.

Even with its issues, Super Monkey Ball Banana Mania is a delight to play. It fills you with nostalgia whilst also showing the strengths of the series. It will be interesting to see where the franchise goes next.