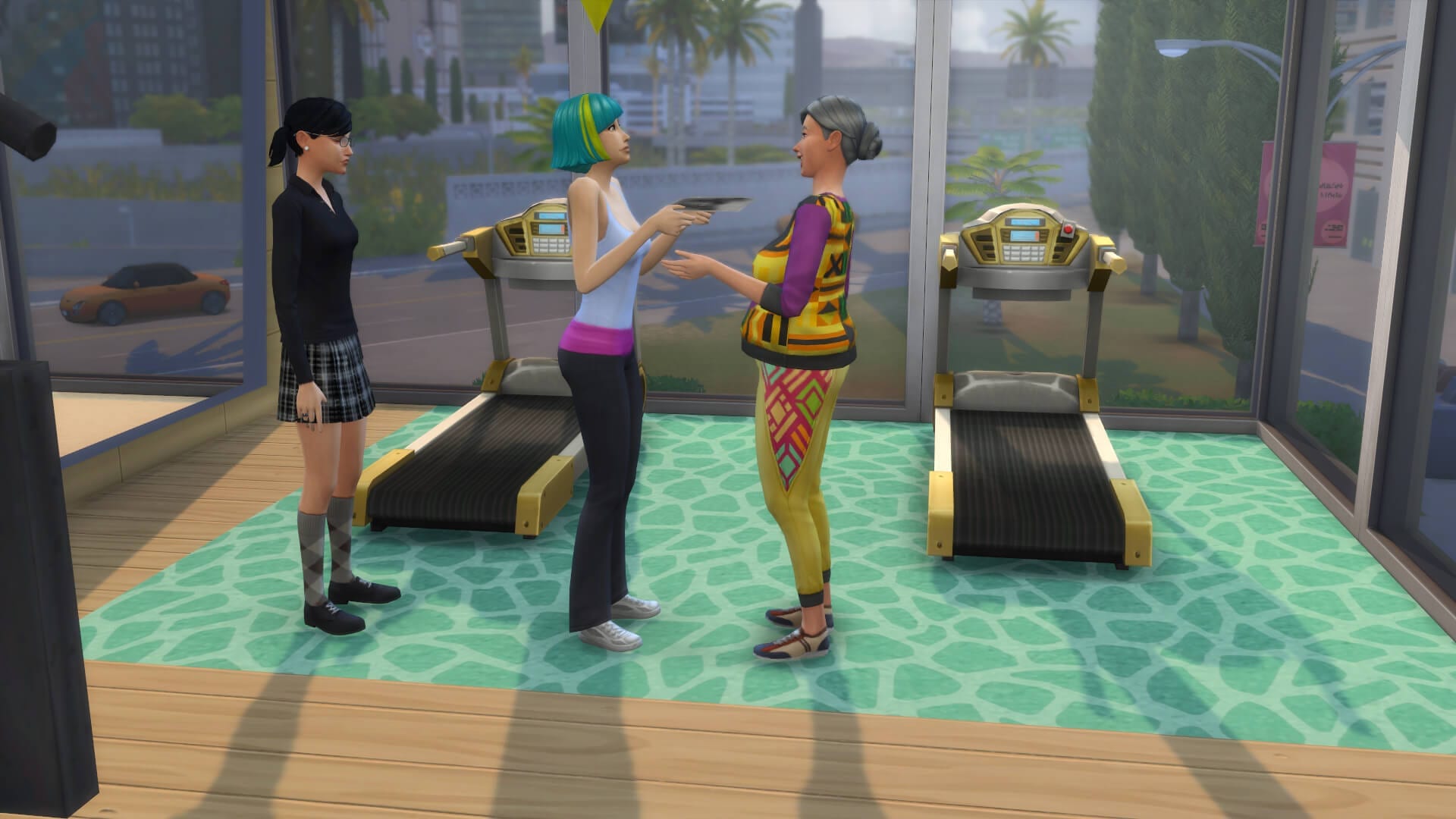 The Sims 4 Get Famous is a new Sims expansion pack with a focus on acting and celebrities.

EA just launched Get Famous, the sixth expansion pack for The Sims 4 (Windows, Mac). Sims can take up acting as a career and become celebrities, with fans, paparazzi, better-than-average parties, sky-high earnings and a job that seems way more fun than some of the alternatives.

I’m excited so I make a new character, a young adult called Helen Siu. I move into a small house in the new town that comes with Get Famous. I sign up for the new Acting career and immediately see the value of having someone to practice my acting skills with, so I befriend my neighbour, Venessa, and in no time I’ve moved into her house.

I sign up with the Everyday Extras Talent Agency and they are sending me to audition for a TV commercial on Monday morning. It’s now Sunday and I’m not sure I have the requisite Charisma skills to pass the audition, so I’m a bit nervous. To get my skills up, I visit a local bar with Venessa and try my hand at stand-up comedy. I’m a beginner, so I can’t attract an audience. No-one’s interested.

New world Del Sol Valley is tiny; you’ll be in the same local bar every night 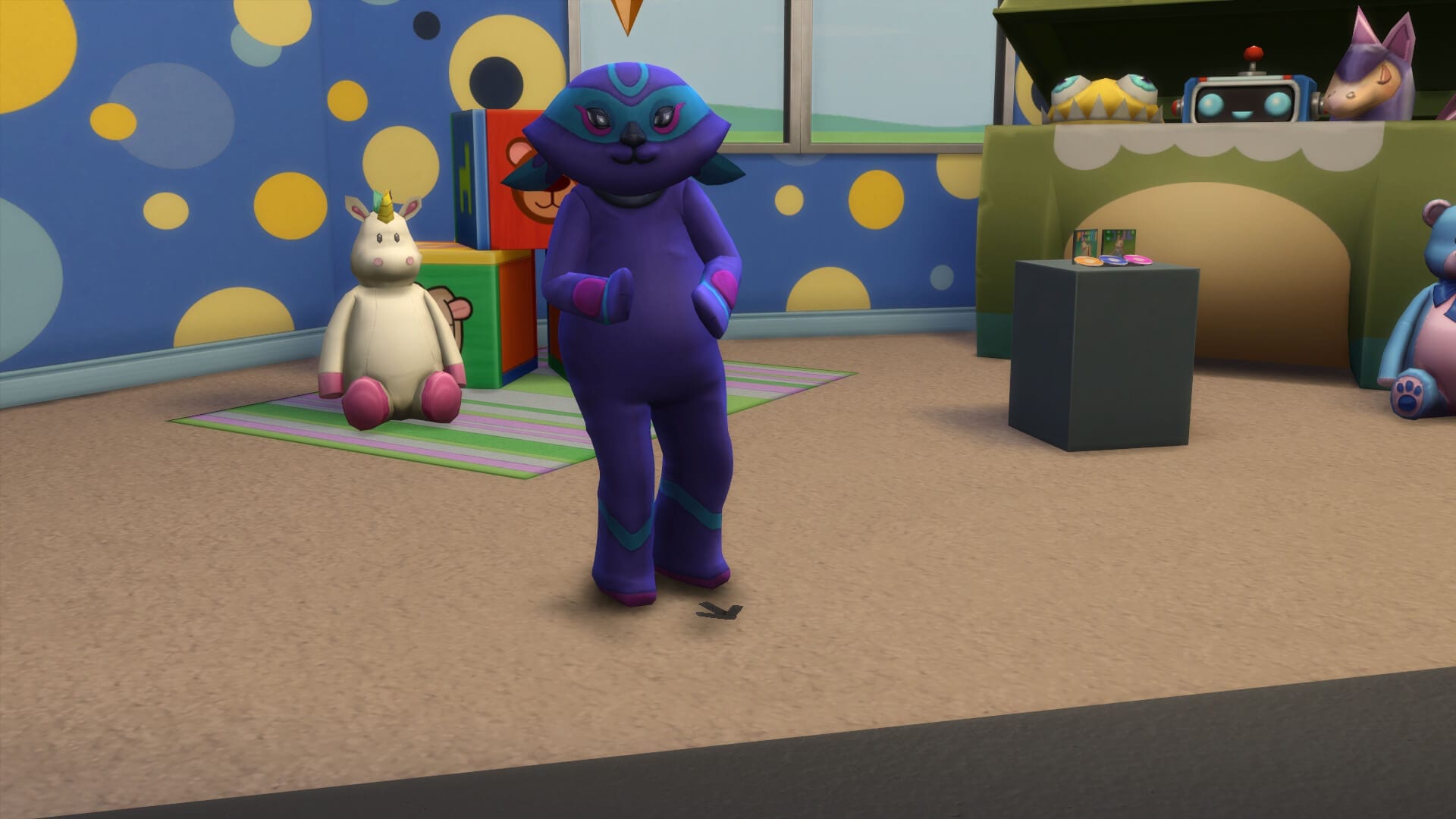 One of the best things about new Sims expansions packs is new worlds to explore and play with. I’m all excited to see Del Sol Valley in Map view. The camera seems to be focused on a very small section of the map. I can’t zoom out. There are no scrolling edges. It dawns on me that I am looking at the whole map – but there seems to be hardly anything there.

The map is divided into three neighbourhoods and there are a very few buildings in each. There’s a low-rent residential zone where I live with Venessa. It has three lots, that’s the entire neighbourhood. There’s an upmarket residential zone which also has three lots, two of which are occupied. The third neighbourhood is downtown. It has a bar, a fancier bar, a museum, a gym and a small park. I’m amazed at how tiny it is and spend several minutes clicking around for more land and lots, in case I’m missing something. For reference, the Late Night expansion pack for The Sims 3 came with 21 community lots and over 25 occupied, residential lots.

There are plenty of people around, even though I don’t know where they are all residing, so the town feels well populated even though there aren’t many playable households. The tiny town of Del Sol Valley only starts to be a problem when I realise that I am going to be in the same bar night after night, because they have a stage, a guitar and an open mic. It’s the only place to go to level up your skills. So Venessa and I go there, every evening without fail, and the amount we are spending on alcohol competes with the amount we earn.

New Acting skill and excitement at the TV Studio

Venessa and I gradually improve our skills. We perform in the bar as much as possible and practice acting together in the street and at home. For some reason, we seem to be best at pulling audience when we perform romantic scenes together.

We attend auditions – these are rabbit holes, so you can’t follow your Sim. The sim goes off to work and after a few hours you receive a notice telling you whether or not you won the role. We’re beginning actors so we are trying out for laundry detergent commercials for small amounts of money.

When we land roles through auditions, we get a notice telling us where to go to start filming and this is where Get Famous delivers the most in the way of exciting new locations. There’s a TV studio that looks just like the real thing, with a director, producer, camera operators and other staff standing around waiting for me to be ready to start work. I go to Hair and Make-Up, then I’m dressed in the Wardrobe department. I quickly practice my lines, say hi to my co-star and finally let the Director know we’re ready to roll.

I take my place on the stage and there are various objects that I can interact with. I can perform a scene from a hospital drama with my co-star, tell a joke and promote a product. In fact, I need to do all of these things to complete the work day and get paid, even though it’s not obvious how they are connected.

As the player, I have the option of whether or not to accompany Helen and Venessa when they go to the TV studio. If they go alone, they will get the job done and I can concentrate on playing the other character while they are busy. If I go with them and supervise them through all the steps necessary to complete the job then I get paid more and I get more public and professional recognition.

It takes a long time to improve my status with the agency. Venessa and I resign ourselves to doing soap commercials. Eventually my work performance starts to be rated Excellent, I’ve levelled up the Acting skill quite a bit and I find that I’m able to change to a new, more swanky Talent Agency. I hope this means that I’m going to be offered better roles.

There is fame and then there is well-paid work 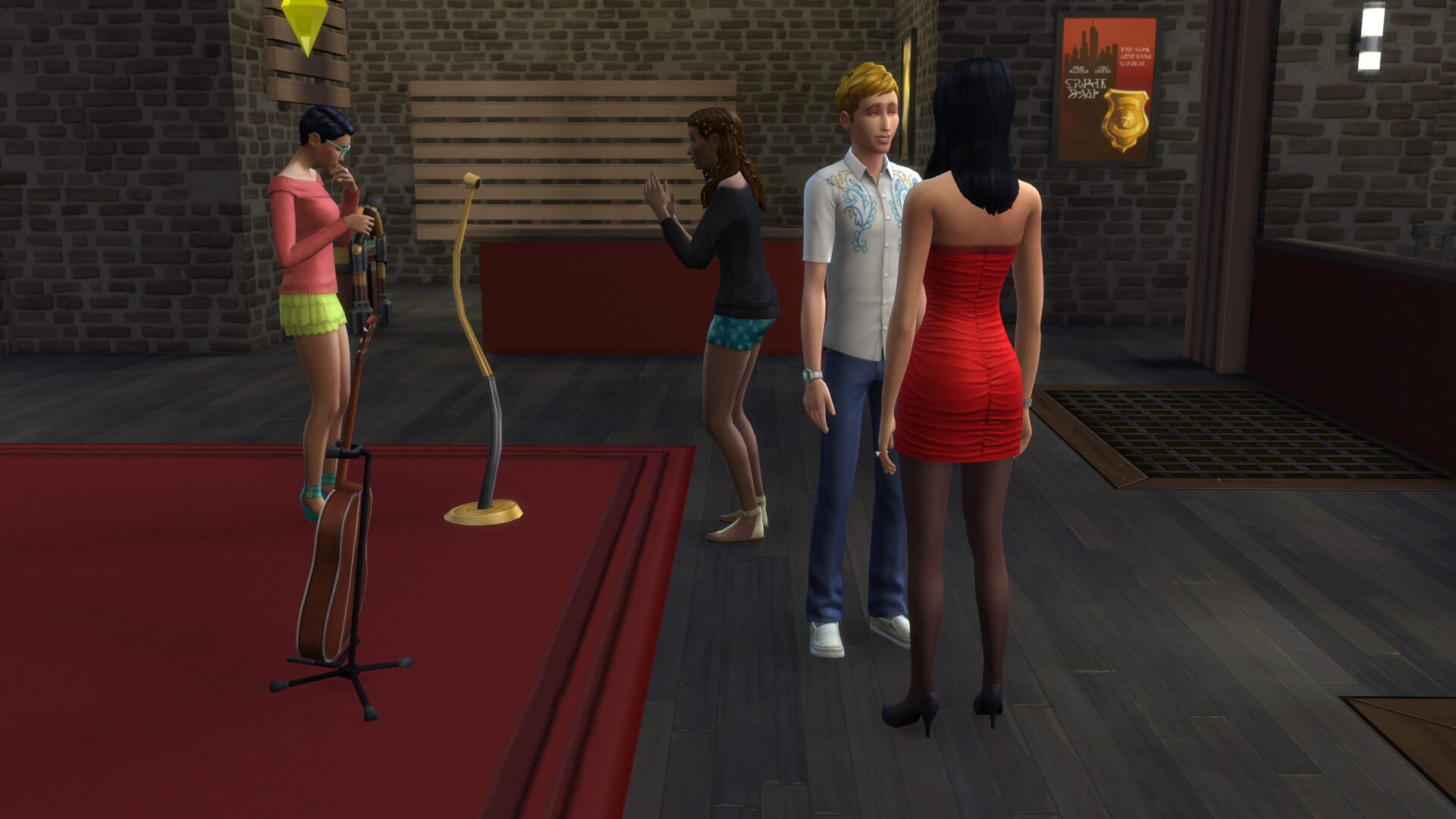 Ever motivated and ambitious, Venessa and I attempt to talk to celebrities when we see them around town, which proves difficult. Some of them are quite snooty and they are always mobbed with fans. Eventually we realise that most of them won’t talk to us until we are important enough to have some fans of our own. Both of us make social media profiles on our phones and start constantly uploading Simstagram stories and status updates, because doing this earns us Fame points, as does our acting work.

Fame points are what make you a celebrity. Fame points mean that you have fans, paparazzi are interested in photographing you and other sims who are at the same rank of celebrity will be nice to you. Interestingly, there’s no necessary connection between fame and the level of work you are offered, as I discover when I meet local heart-throb Thorne Bailey. Thorne is a handsome man and Helen has a crush on him so I go to his house to check him out. As it turns out, he’s very famous, lives in a huge, beautiful house (with his wife and child – Helen will be crushed when she finds out) and he has music skills. He can play three instruments. Despite all of this, he is unemployed and when I get on the phone to find him a job as a musician, he’s offered low-ranking work. It’s as though the local employers haven’t heard of him.

Fame brings with it a tree of perks such as easier social interactions, gifts in the mail and new ways to earn money through social media. One point to note is that fame can fall as well as rise. Fame points seem to decay over time, as Venessa discovers when she misses a few days of social media posting. While this is occasionally annoying, it is at least realistic.

As your fame grows, you’ll also need to watch your public Reputation, which is measured on a separate meter. Because you are famous, people are watching you. Be kind to others. Don’t start fights. Thorne Bailey has a terrible reputation compared to his wife, even though she’s angry and a secret drinker. Perhaps this accounts for his unemployment. 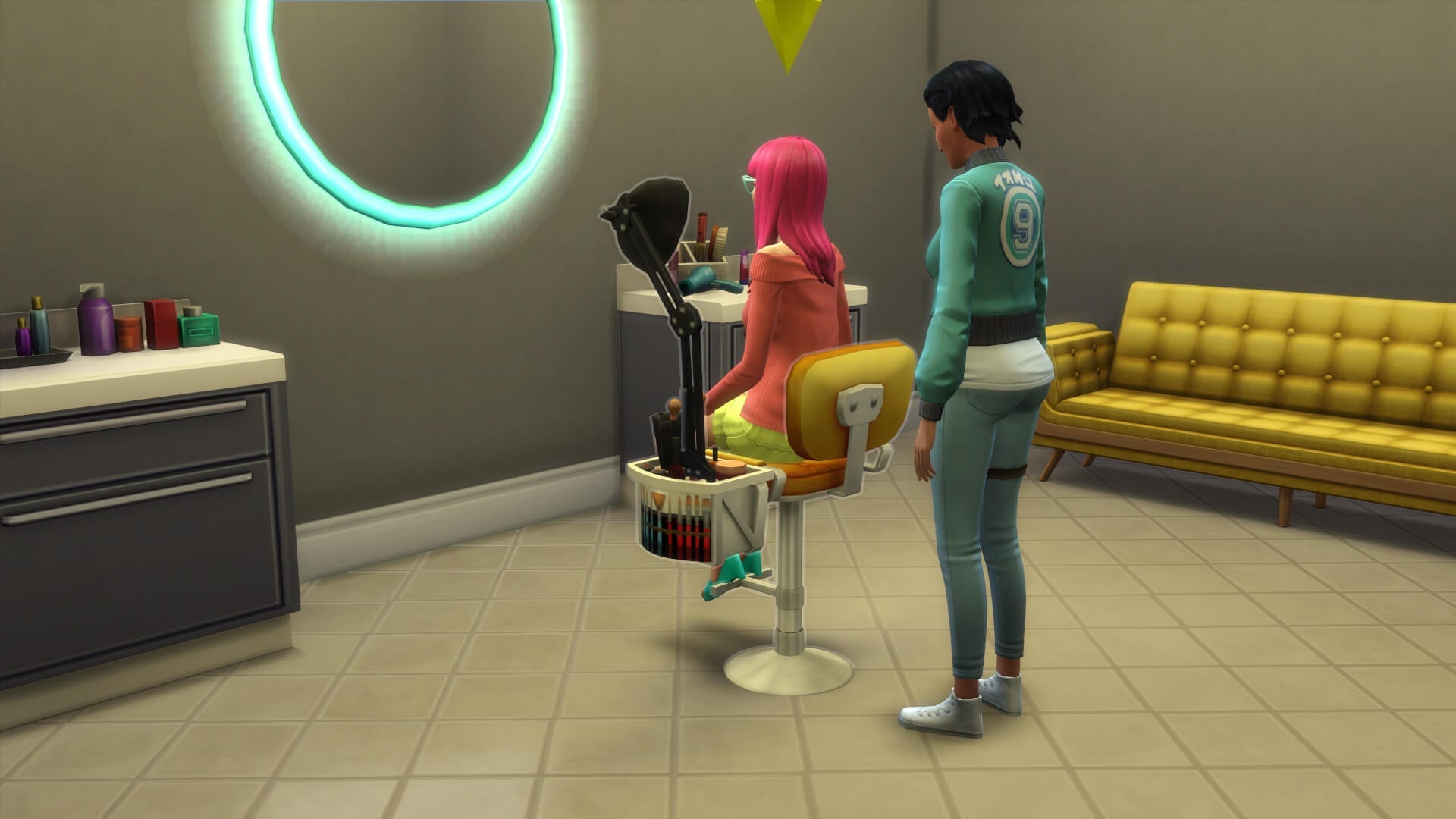 After a whole day of playing in real time, Helen and Venessa are still rather humble individuals with low levels of fame so they have yet to access the many rewards that Get Famous offers its top celebrities. A few, super-successful individuals get to parade around town in spangly outfits that make real celebrities look demure, and they are able to stuff their homes with golden furniture until the entire place looks like an installation by Jeff Koons. I think we can all agree that this is the real meaning and ultimate objective of artistic achievement.

Still Want To Be A Celebrity? 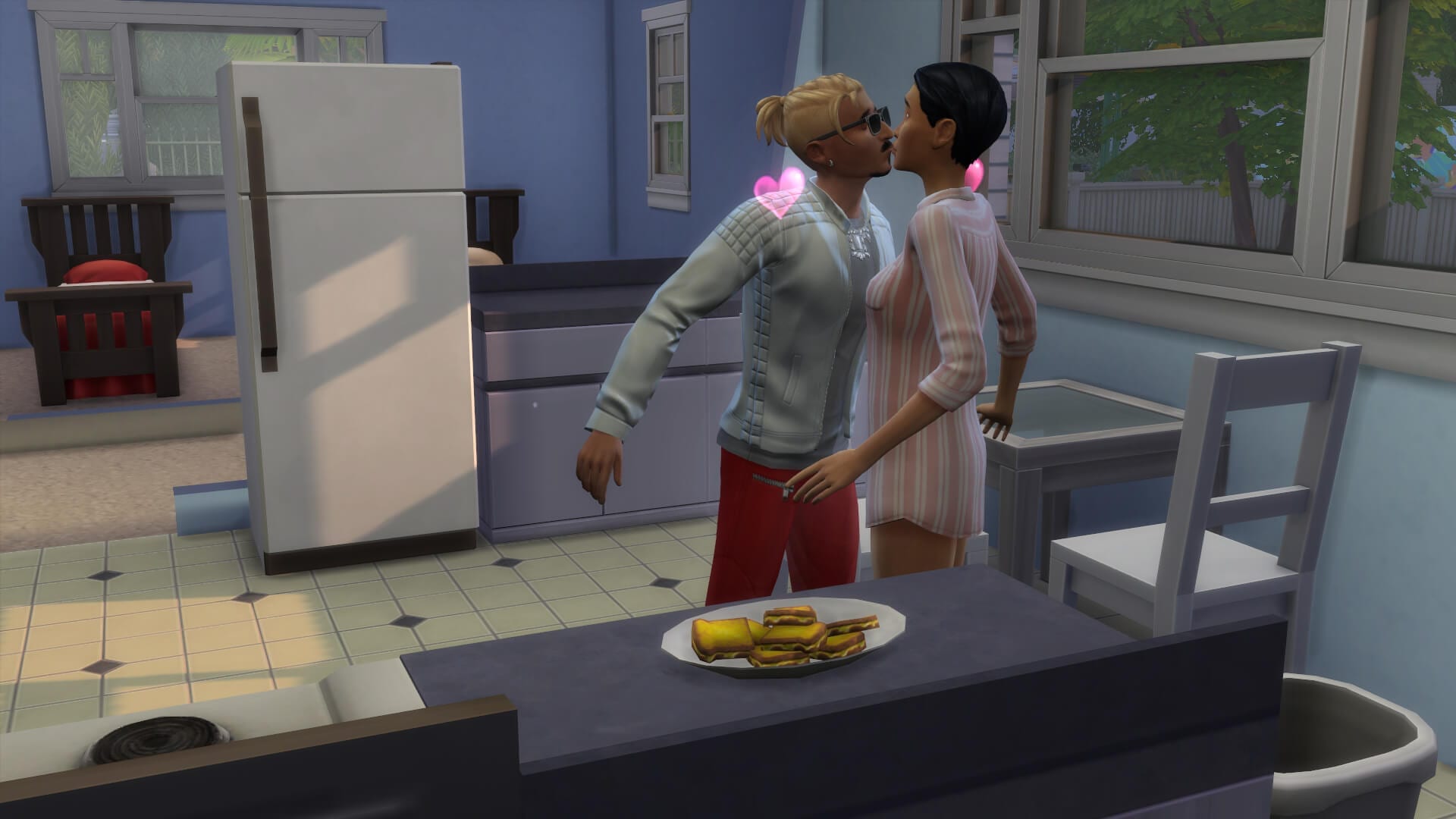 Get Famous is a fun expansion pack that offers layered, new ways to level up, new social interactions, sexy NPCs, a realistic looking TV studio and lots of supplementary fun with acting skills and social media. After several hours of play I started to find the community lots repetitive and I don’t know how much replay value Get Famous will have but it is certainly entertaining on the first encounter. The new ‘world’ is a tiny settlement with a fraction of the community and residential lots that Sims players were once used to and this is perhaps its major drawback. I felt as though I were playing a well-designed mini-game. Value for money may be an issue here at the full retail price and some gamers may feel that it would have been better packaged and priced as a GamePack rather than a full expansion pack.

The latest patch for The Sims 4 was released on November 20th. Features include terrain editing, more configurable buildings with basements that can go four levels deep and a first-person camera. The camera is definitely worth trying out. It will make you feel slightly drunk as your sim lurches around and randomly stares at the ceiling but it certainly makes the sims you have lovingly created feel like they have come to life. It’s quite uncanny, being able to see through their eyes. A fun feature to play around with.

Postscript: Thorne Bailey eventually managed to get Helen into bed. She still doesn’t know he is married.