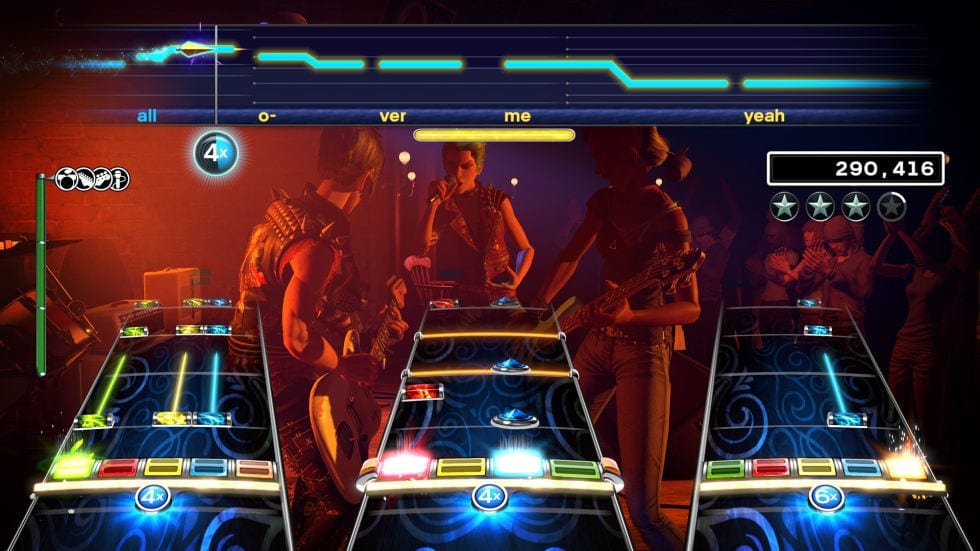 Iconic music and rhythm game, Rock Band 4, has removed a controversial song from its DLC after complaints about racism. The song in question, “Juice” by Lizzo, uses the N-word in its lyrics, and appeared uncensored in Rock Band 4 following the game’s latest available update.

If you haven’t played a Rock Band game before, the title requires you to jam along to popular songs and sing the lyrics. Of course, this meant that players who selected the song were having to sing the racial slur when performing the piece. Yikes.

After receiving complaints, the official Rock Band Twitter account confirmed that “Juice” has been removed until a censored version can replace it.

The company said: “‘Juice’ is being pulled from the store and we will be releasing an updated version as soon as possible, likely late next week. Apologies for any inconvenience.”

One user tweeted their confusion over the apparent mix-up. They responded to the tweet, writing: “Imagine censoring ‘god damn’ but thinking the N word is acceptable to go uncensored lmao.”

However, the Rock Band series has been pretty inconsistent with censorship in the past. As one user tweeted: “The censoring of ‘goddamn’ is actually inconsistent throughout RB and varies from song to song. Reminder that we have a song by the Goddamn Draculas and it’s uncensored in Jerry Was a Race Car Driver, but censored in I Write Sins Not Tragedies, for example.”

The lyrics in question were as follows: “The juice ain’t worth the squeeze if the juice don’t look like this/ Hold up, n*gga, please/ Don’t make me have to take your b*tch.”

Harmonix has yet to issue a full statement on the matter, but it’s good to see that the song has now been removed.

Hopefully this won’t be happening again!