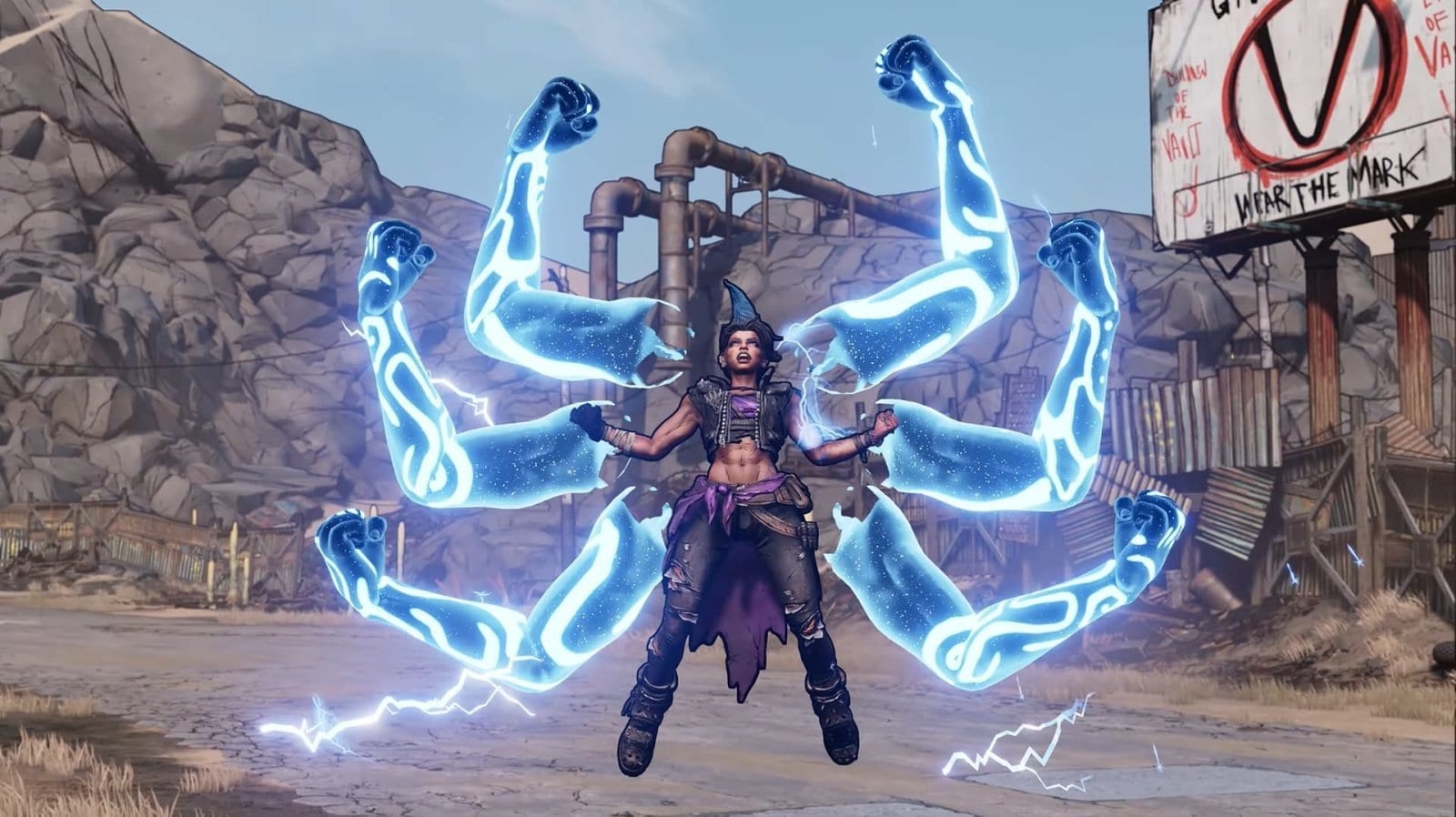 As E3 2019 grows ever closer, more and more leaks and rumours are starting to emerge, this time about Gearbox’s appearance at the show.

Gearbox is all set and ready to release Borderlands 3 later this year, but that might not be the only release it’s planning.

According to a report from PlayStation Lifestyle Borderlands 2 could be about to get a brand-new DLC to bridge the gap between the end of the second and start of the third games.

Even more excitingly, it’s claimed that the DLC will be dropping DURING this year’s E3, meaning it could be here in less than two weeks.

Gearbox has previous stated that there’s a seven-year gap between the events of Borderlands 2 and 3, meaning there’s a huge knowledge gap that needs filling out, especially since a LOT seems to have gone down.

From trailers and gameplay reveals for the next instalment of the BL franchise, it looks like Brick, Mordecai, and Tiny Tina have all banded together, Maya’s left Pandora and Ellie’s stepped up in Scooter’s role.

Really, we’d all like to know how this happened and why – and a DLC drop would be the perfect way to tell that story!

If you haven’t get played or even own Borderlands 2 then you’re in for a bit of luck – if you’re a PlayStation Plus subscriber, that is.

To get you all hyped up for the release of Borderlands 3, June’s first PS Plus game is the one and only Borderlands The Handsome Collection.

The compilation originally released back in 2015, and comes with both Borderlands 2 and Borderlands: The Pre-Sequel, plus all of their accompanying downloadable content, enhanced local multiplayer, and the ability to transfer save data from the PlayStation 3.

Borderlands 3 releases on Xbox One, PlayStation 4 and as a timed Epic Games Store exclusive, September 13 2019.