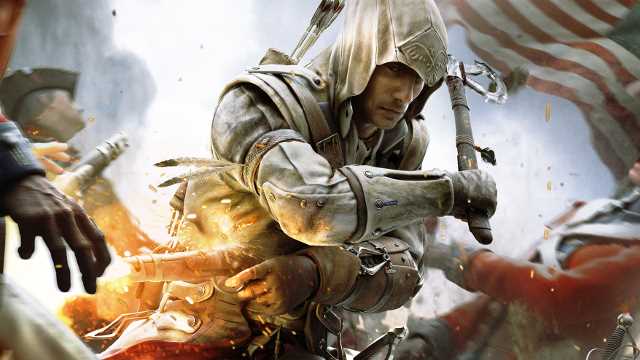 The rumour mill is always churning out some supposed tidbit or another, and this time it’s suggesting that some of the most classic games of all time might be getting the virtual reality treatment – thanks to Facebook.

It’s easy to forget that Facebook owns Oculus, but yeah, that happened. According to The Information [via PCGamer], the company wants to break into the virtual reality market with its new VR headsets, and it wants some AAA games to get you playing.

Classic titles Splinter Cell and Assassin’s Creed are rumoured to be the games being eyed up by Facebook for the VR treatment, at least according to two anonymous sources who claim to be close with the social media enterprise.

The unnamed duo say that Ubisoft and Facebook have already put pen to paper and signed the deal, so if there’s any truth to this rumour we should be hearing more about it sooner rather than later.

It’s been claimed that Jason Rubin, vice president of special gaming initiatives and co-founder of iconic studio Naughty Dog, is leading the charge, with CEO of Facebook Mark Zuckerberg also on board.

Facebook, which owns Oculus, recently released two new VR headsets: Oculus Rift S and Oculus Quest, and getting some impressive games on board is a sure-fire way to boost sales…

At the moments there’s been no announced partnerships specifically for the Oculus Quest, but it’s believed that Facebook is trying to increase consumer interest by snagging up smaller developers and their games.

As always, take the rumour with a pinch of salt until we get official word from the powers that be.

Would you pick up an Oculus Quest if it meant you could play Splinter Cell and Assassin’s Creed in VR?